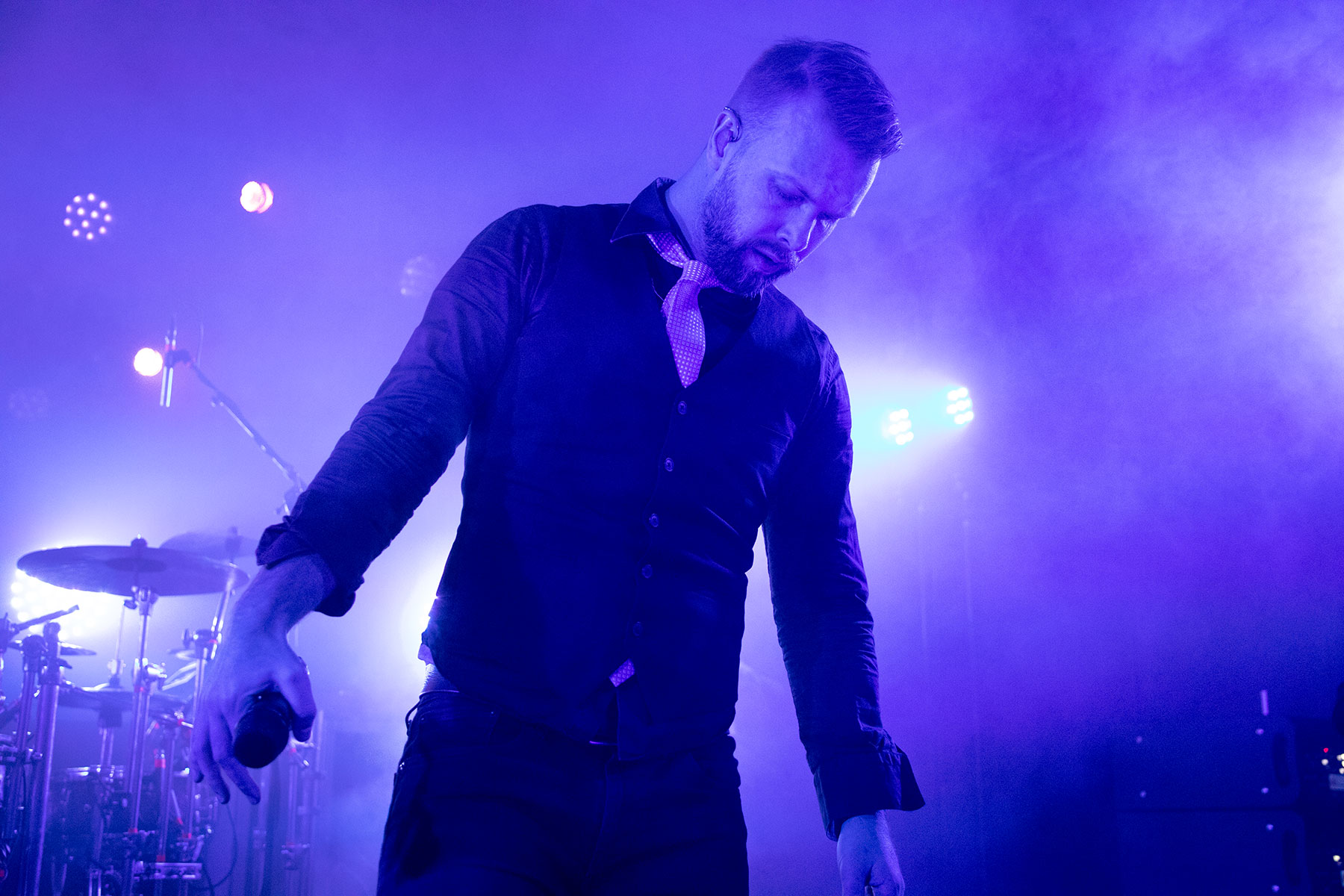 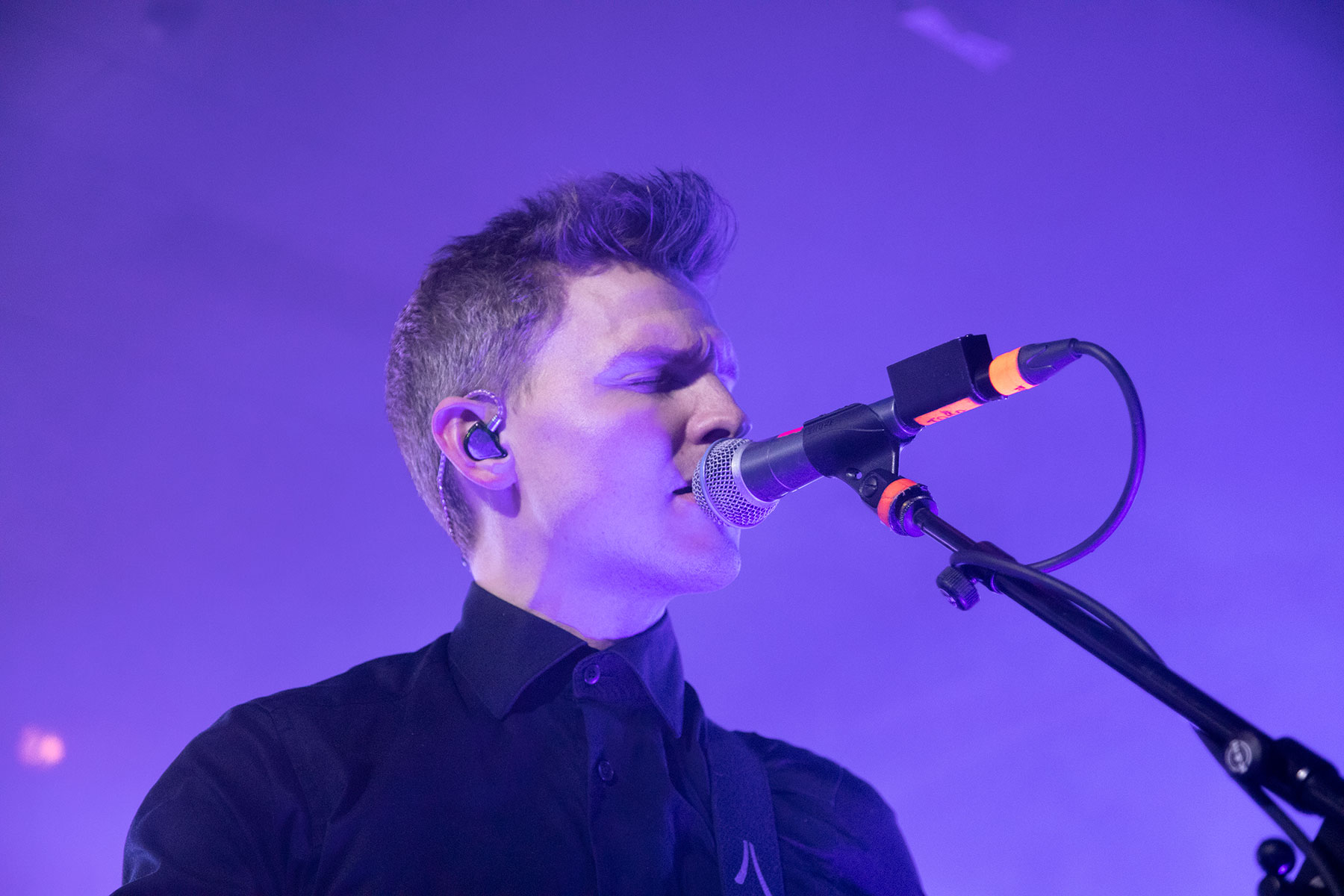 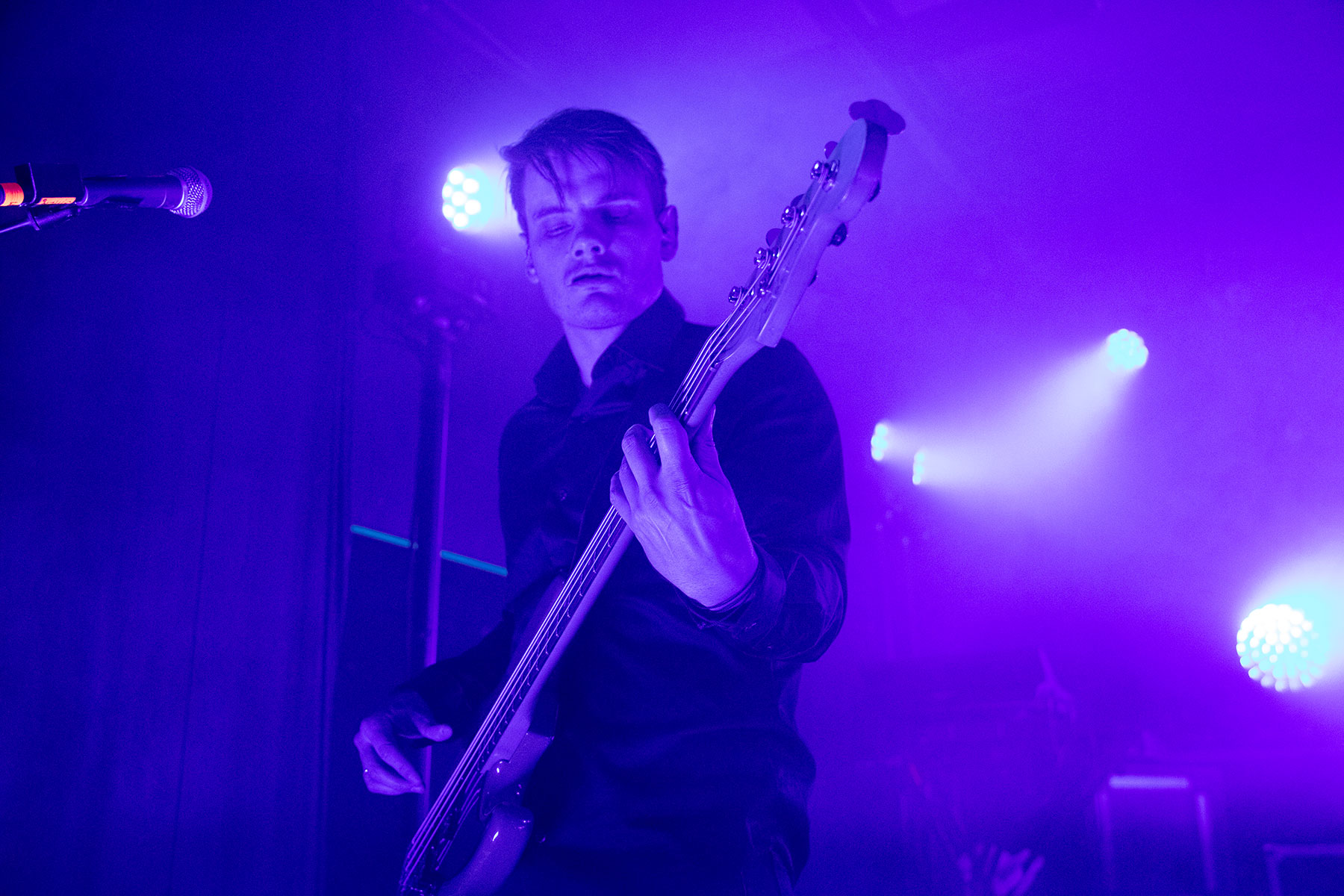 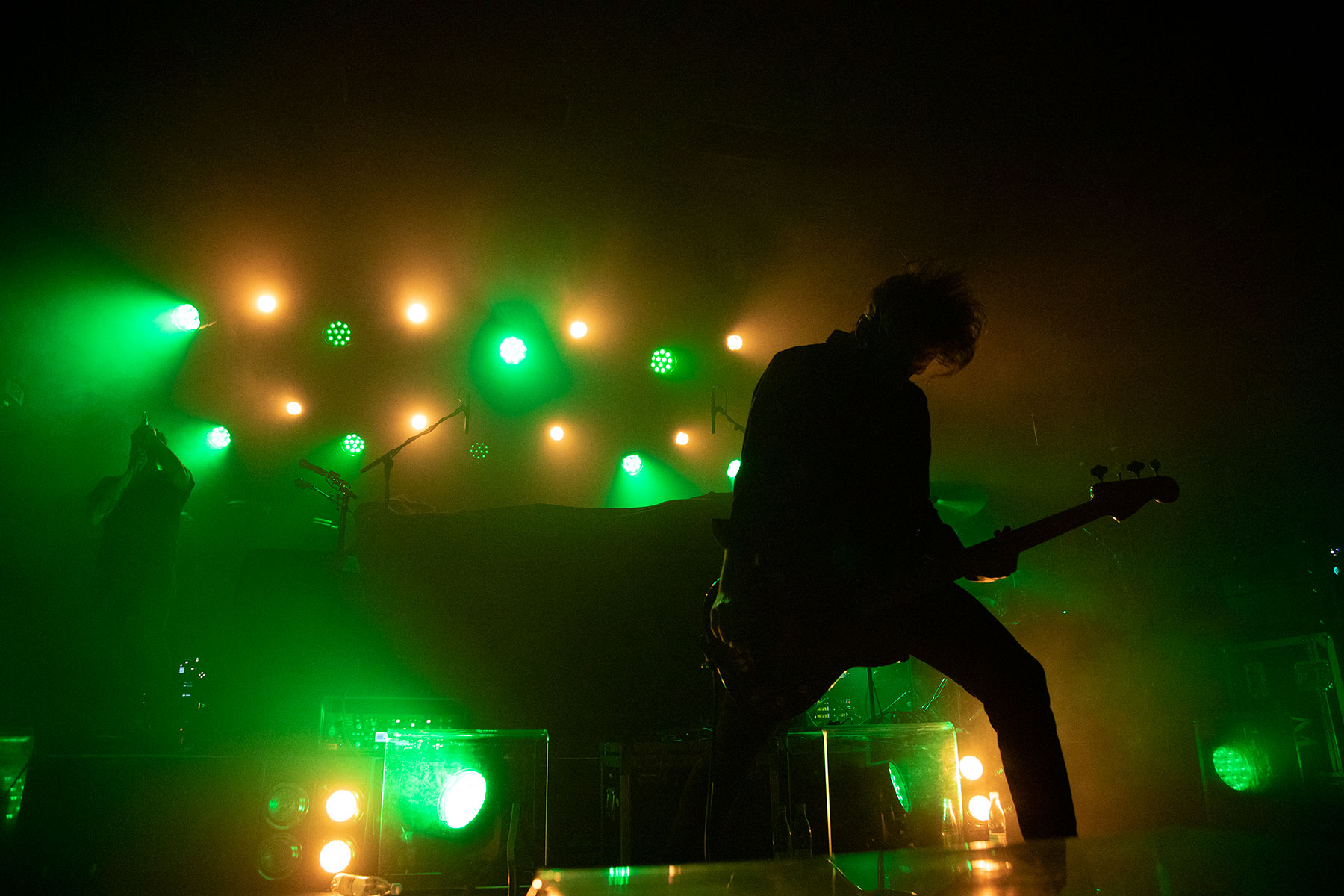 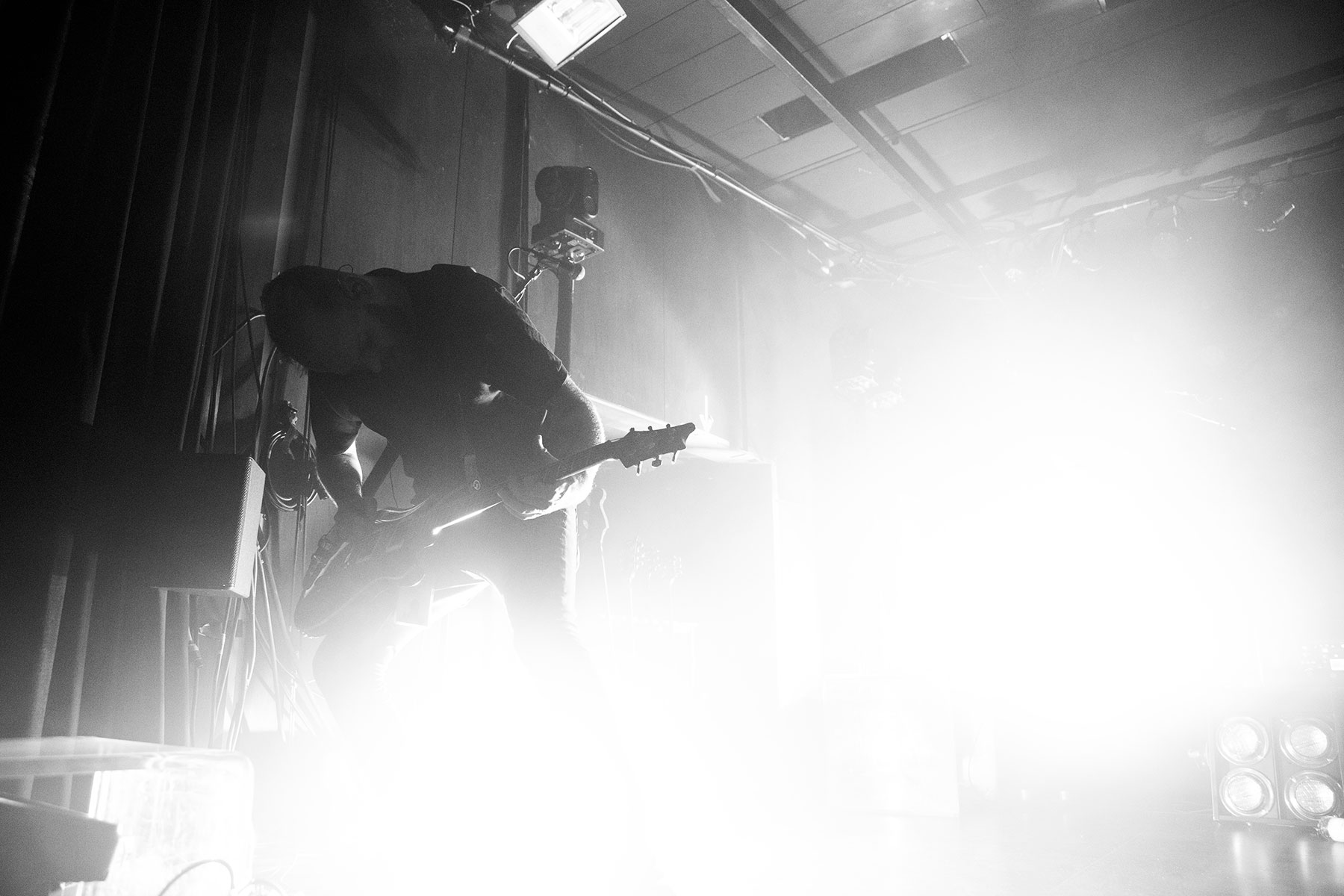 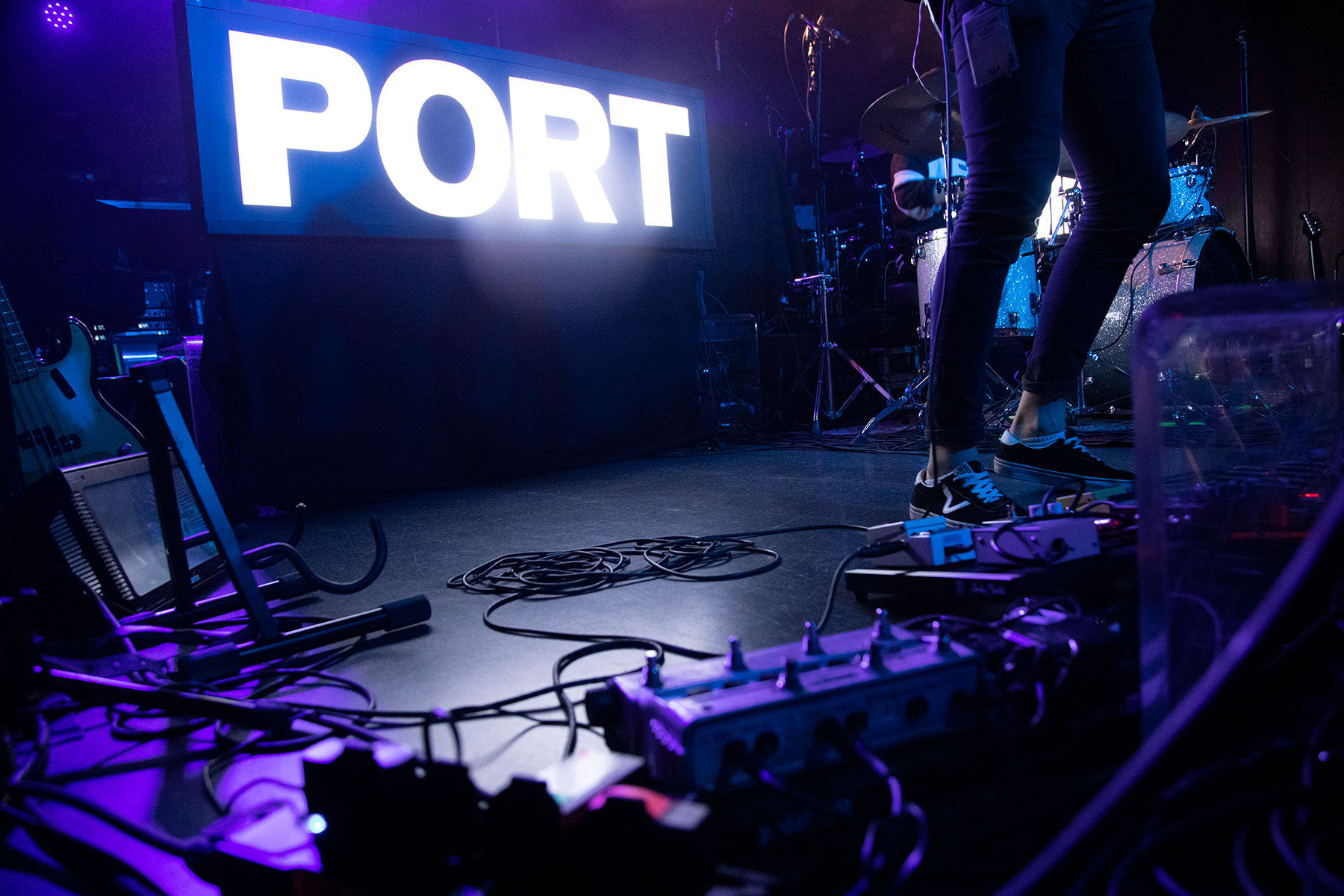 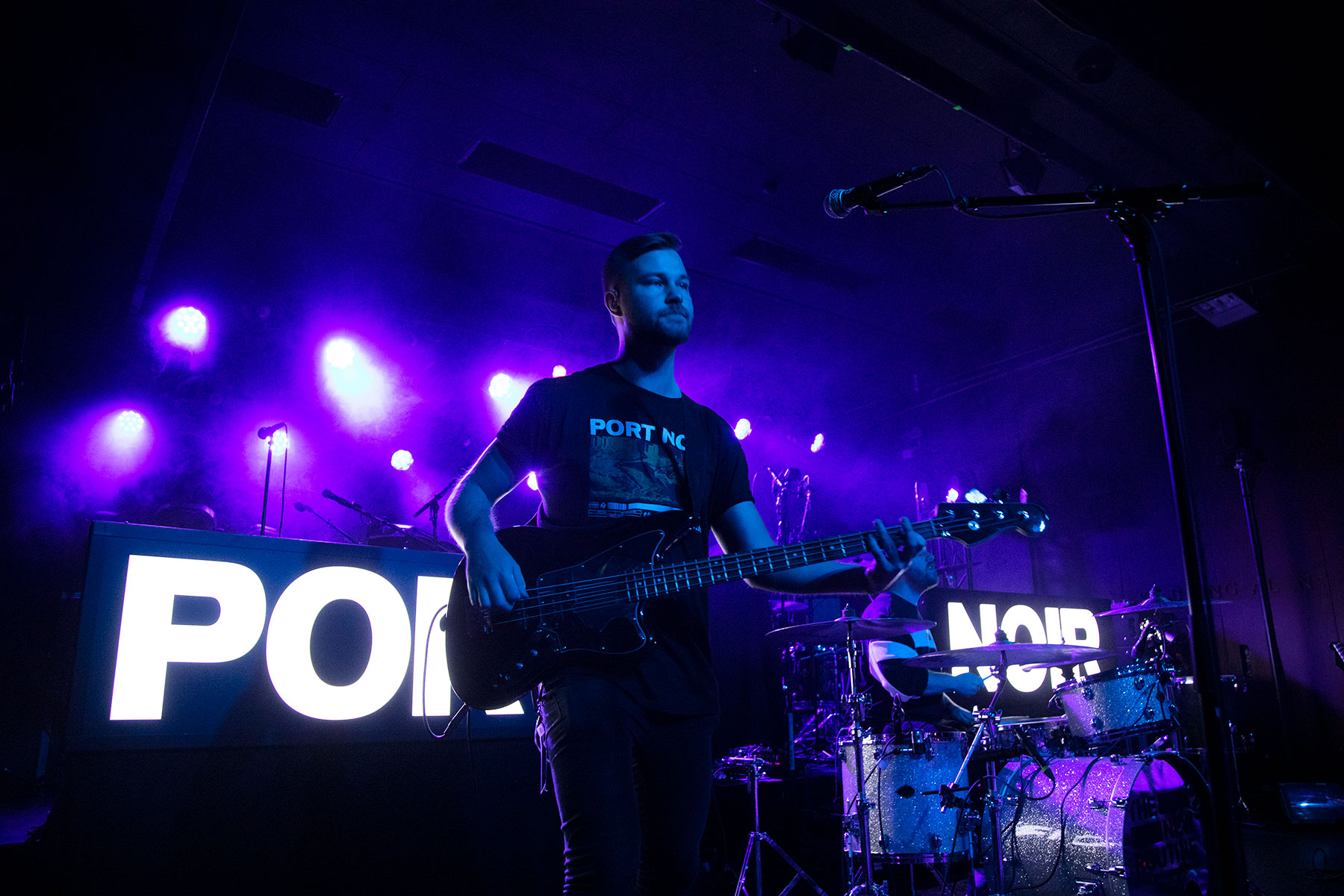 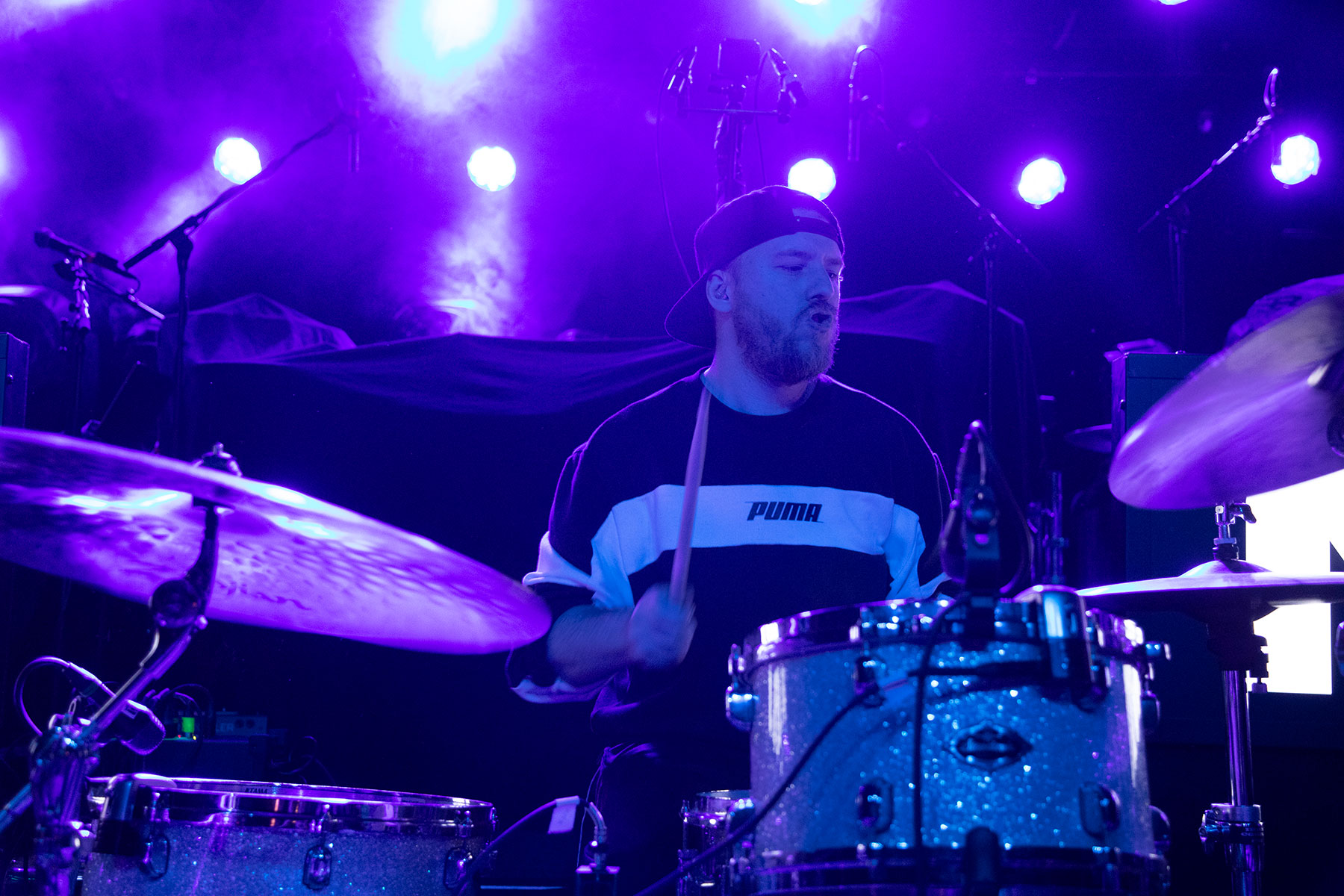 Leprous’ new release Pitfalls, sees the band changing their approach to more electronic and even pop-driven and while such move has never been unexpected, it was more significantly hinted on their previous album Malina and even more so when the band released the cover of Massive Attack’s “Angel” earlier this year. Musically, the band might have moved in a certain direction, but the album still sees the band deliver some very extremely good songwriting and the intensity that is trademark of their entre back catalogue. In fact Ptifalls is easily band’s finest release since 2013’s Coal. Accompanying them on this tour is The Ocean Collective who have been touring extensively in support of their critically acclaimed album Phanerozoic I: Palaeozoic, while at the same time recording the second part of the saga, Phanerozoic II: Mesozoic & Cenozoic, which is expected to come out in near future.

But tonight’s show was opened by Port Noir, who have previously opened for Pain Of Salvation at their latest show in Copenhagen. The Swedish band is currently touring in support of their latest album The New Routine. And the absolute focus of the last night’s half hours long show was on the new album. The opening slot for Leprous seems a bit more logical than the one for Pain Of Salvation, especially taking into the consideration Leprous’ recent shift. On the album the band takes another step towards the more simplistic and accessible approach and as such the opening slot makes even more meaning.

The band’s short show at fairy packed Vega was received positively, but the band never did truly get to shine. From time to time they did get some hips moving side to side during the groovy verses and heads nodding slightly during the heavier midsections, but other than that they didn’t really get the crowd going. Perhaps that’s not surprising taking into consideration that they were fist band out of three to take the stage last night. On the other hand taking the same fact into the consideration, it was impressive to experience how clean and sharp their sound was.
Generally the band left a positive impression, but it’s doubtful if they gained any new fans.

Hardly 15 minutes after the swedes left the stage, The Ocean Collective hit off their show with a massive impact in form of “Permian: The Great Dying”, the closer from Phanerozoic I: Palaeozoic. Musically and visually the band was a total contradictory to somewhat poppy Port Noir, with hazy distorted raw sound and a stage presence that was a mixture of silhouettes with no spotlights and flickering lights.
The Ocean’s instrumental post metal roots are ever present and even singer Loïc Rossetti is situated in the back besides the drummer Paul Seidel, much in vein TOOL’s singer Maynard James Keenan who has been doing that for years. Unlike Keenan, however, Rossetti does come to the front of the stage and as tradition dictates from his decade as a part of the band, he also venders into the crowd. Last night, too he was crowd-surfing and even standing on the crowd, but unlike at some of their headlining shows, this was fairly limited.

And speaking of Rossetti, he was the one who would bring the life into the crowd and his vocal performance was very good and intense. He even pulled off singing Jonas Renkse’s (Katatonia) parts in “Devonian: Nascent”. Not a small task, mind you. Musically the band focused on last couple of albums and the songs chosen for the 45-minute long set were spot-on, displaying just about the entire band’s spectrum. The dynamics within the material were matched by those in The Ocean’s performance. The band delivered that which they always do deliver, but that intense sweaty connection with the crowd known from their headlining shows was somewhat watered-down.

The main band of the evening opened their show with “Below”, from the new album which worked impeccably. The 500-capacity venue was not sold-out, but it was packed. After another new song the band dug into a bit more familiar waters in form of misplaced “Salt”.
As the case was with previous two bands, the sound was good and while that’s one of the most important aspects of any live performance, its importance is even more apparent for band like Leprous, whose sound is so clean, balanced and packed with layers and the dynamics within them. Besides the good sound, another aspect that impressed is the performance and its diversity. Regardless if the band was ripping through “The Price” or exploring the quitter dynamics with “Distant Bells” the common for them all that they were delivered with conviction and skill.

From the very beginning the band was in control of their performance and while band’s leader Einar Solberg most certainly is not one of those natural born forntmen, his singing was simply outstanding. Not only has it taken him only four lines of the opener to grab firm grasp of control of his voice, but he delivered all of his vocals with ease and surplus.
Band’s drummer Baard Kolstad was another of the highlights. His power and technical skill has always been outstanding, but what impressed seeing how much he has grown as a musican since he joined Leprous in 2014. Being in company of a songwriter as Solberg has noticeably shaped his understanding of playing to support the great good of song, and this has never been more evident than on the new album.

And speaking of the new album, the band played a number of songs and common for them was that they all sounded good live. Leprous did a bang-up job reproducing the complex arrangements live, at times with three band members of the band on each their own synth/keyboard. Additionally, the band has hired a guest cellist and he was featured during the entire show. On the other hand, the live performance suited the new songs good as well, adding more edge to them with especially Kostad being the driving force of this aspect of the band live.

A solid position of the new songs received the good response from the crowd, but just as big chunk of new songs had hard time involving the audience.

Among the highlights of the show were several new songs, such as singles “Alleviate” and “Below”, but the absolute pinnacles of Leprous’ show in Copenhagen came from the unlikely corners in form of Massive Attach cover “Angel” and the epic closer from Pitfalls, which also served as a set closer – “The Sky Is Red”. The first of the two was releases earlier this year and it was a solid cover of this classic song, but live it really came to life, with outstanding dynamics and clever atmospheric arrangements that were further empowered by the live performance. The unexpected moments like those are some of the best aspects of experiencing music live. The second of the two, closed the show epically in a loud intense, raw yet gorgeous and fragile matter. Simply glorious.

On the downside, Leprous’ didn’t manage to involve the crowd to the degree that the material demands, which is pity, because it’s in within that synergy that the magic truly arises. This resulted and oscillations in the overall experience and despite a very good show, it seemed that it didn’t live up to the potential.