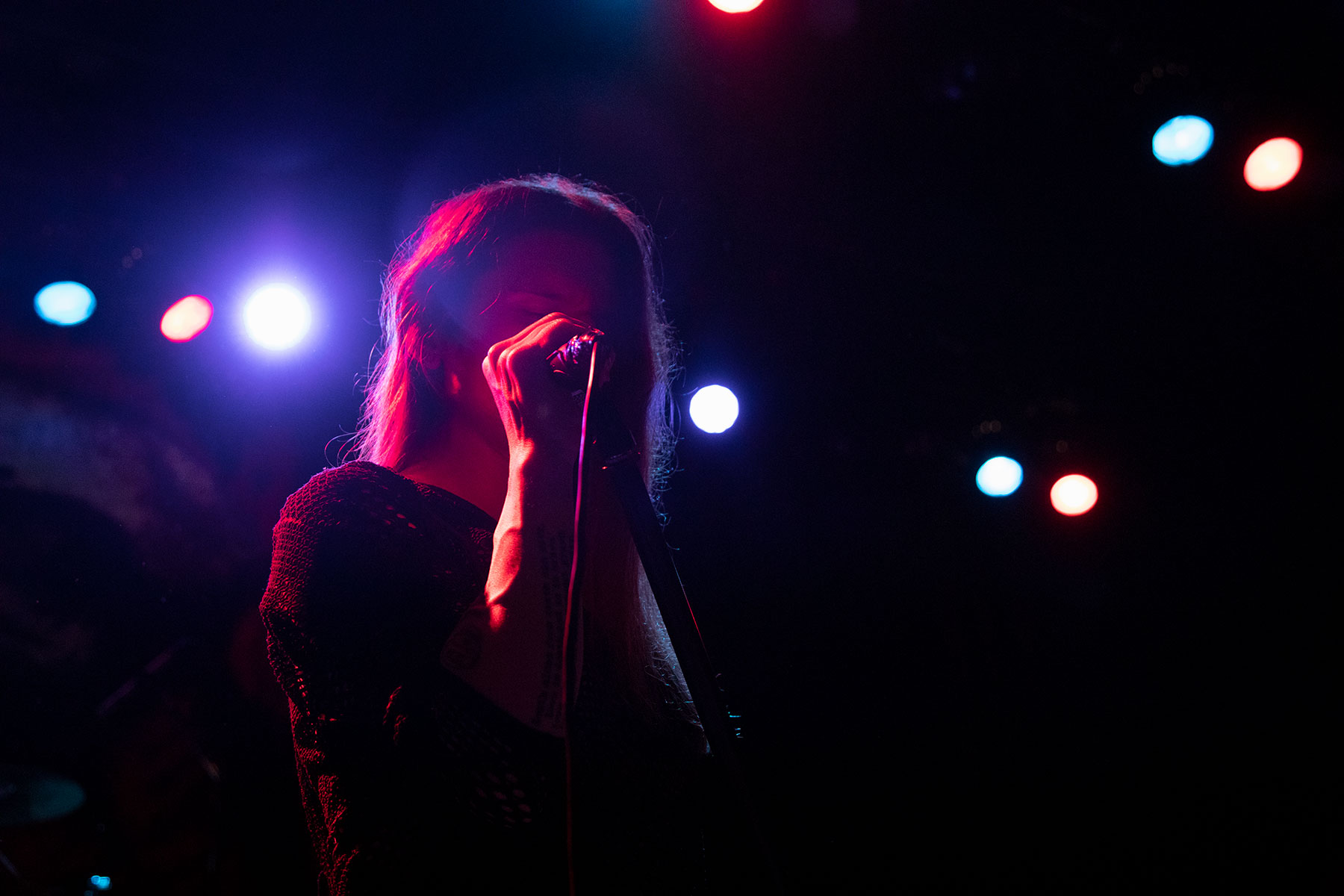 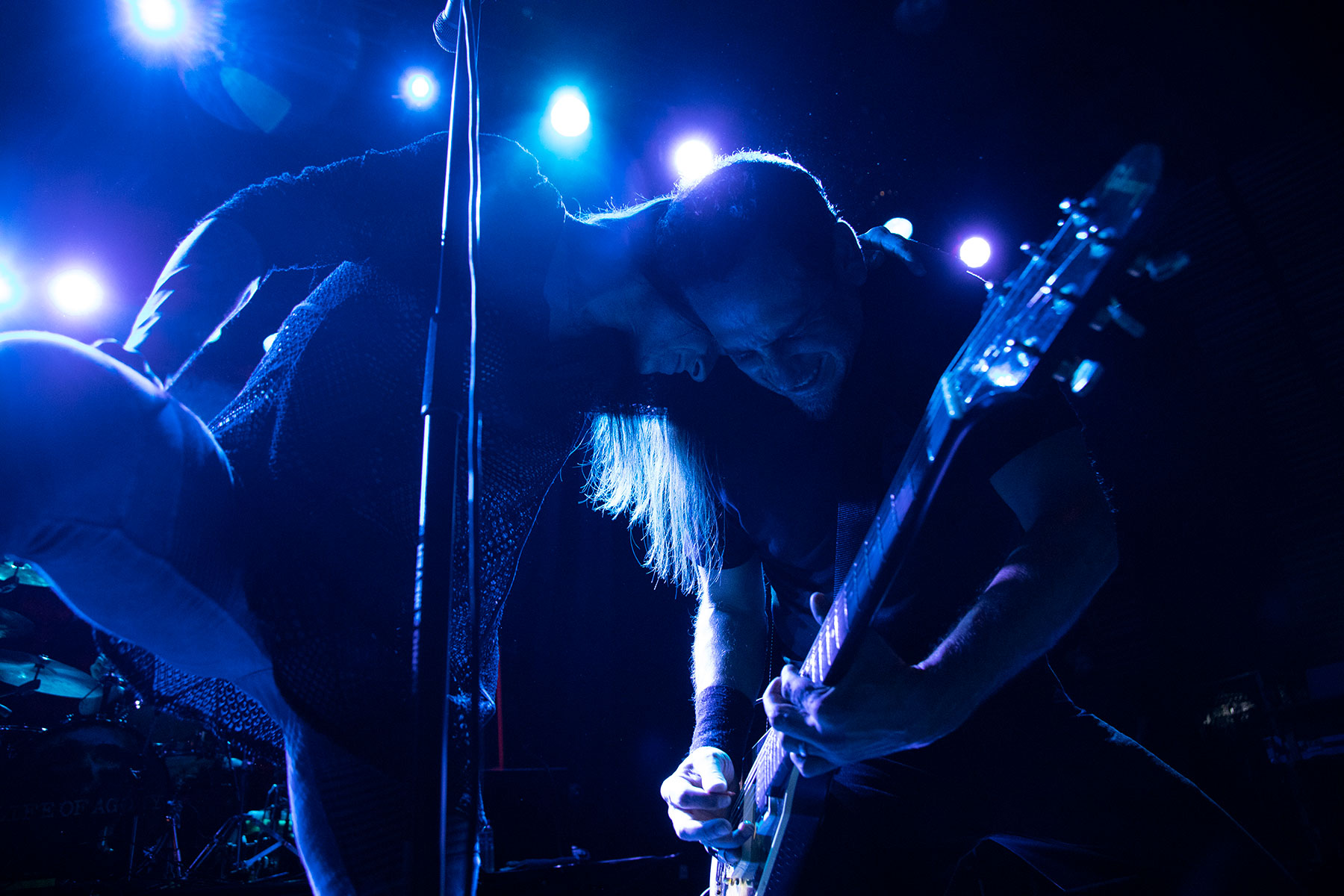 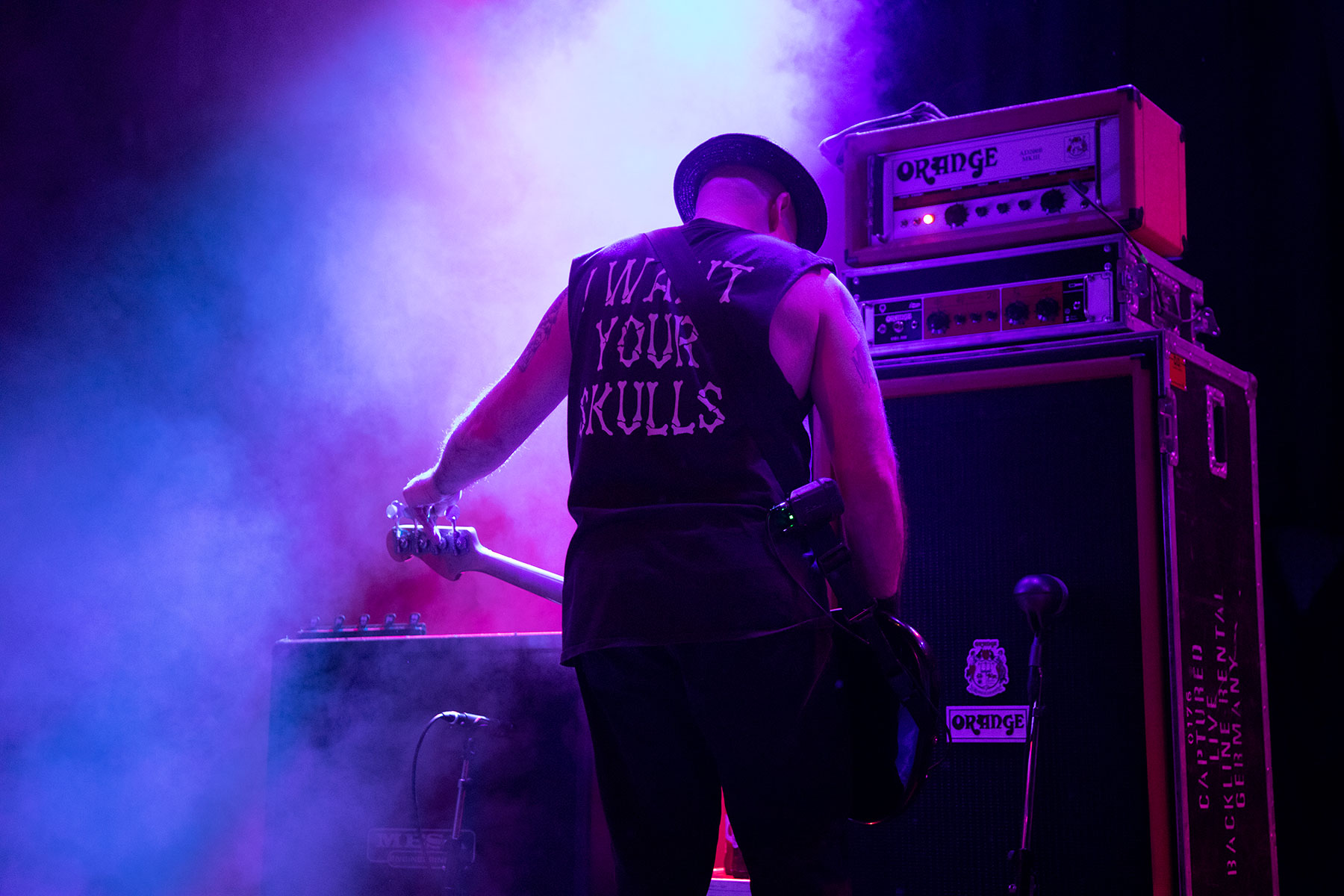 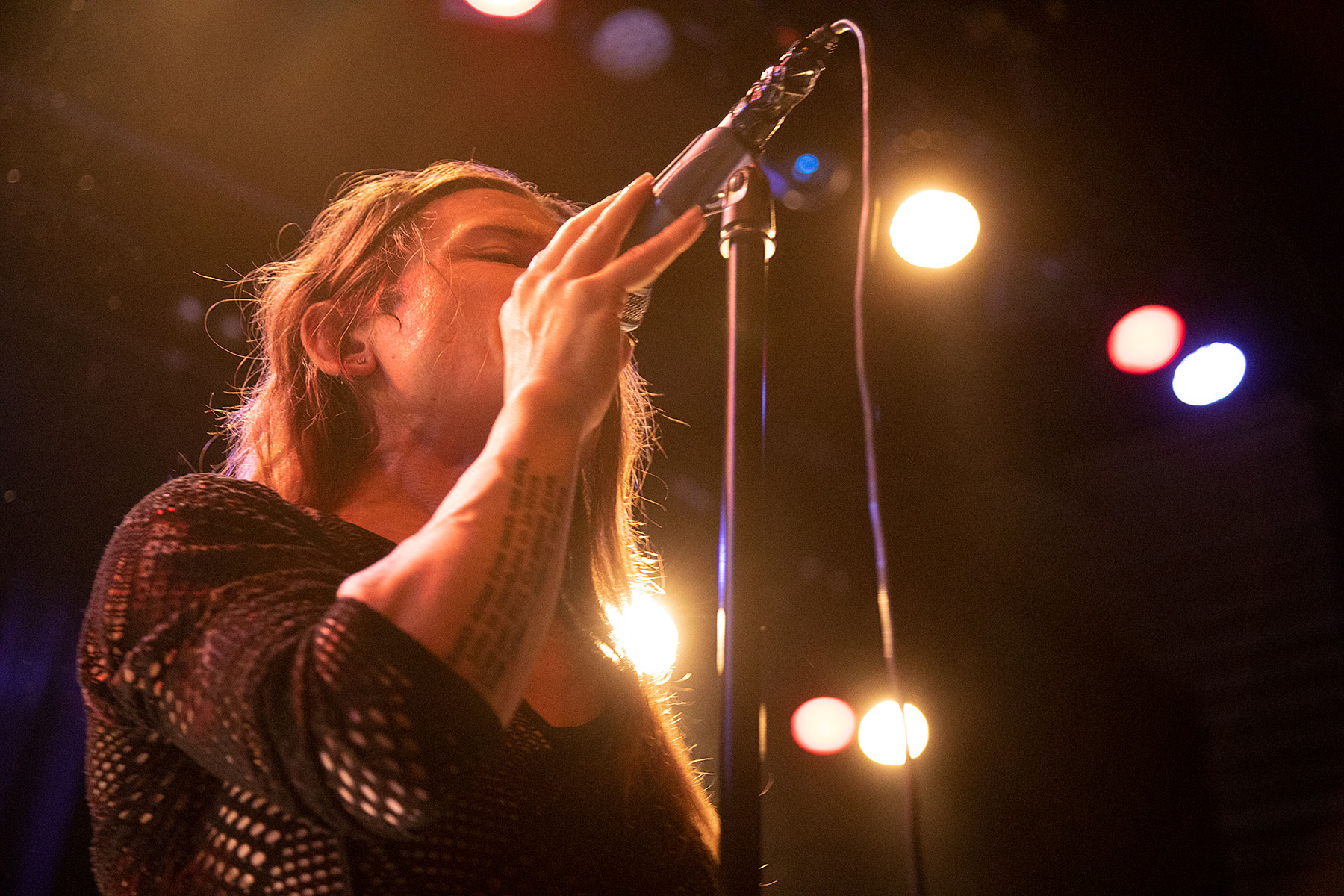 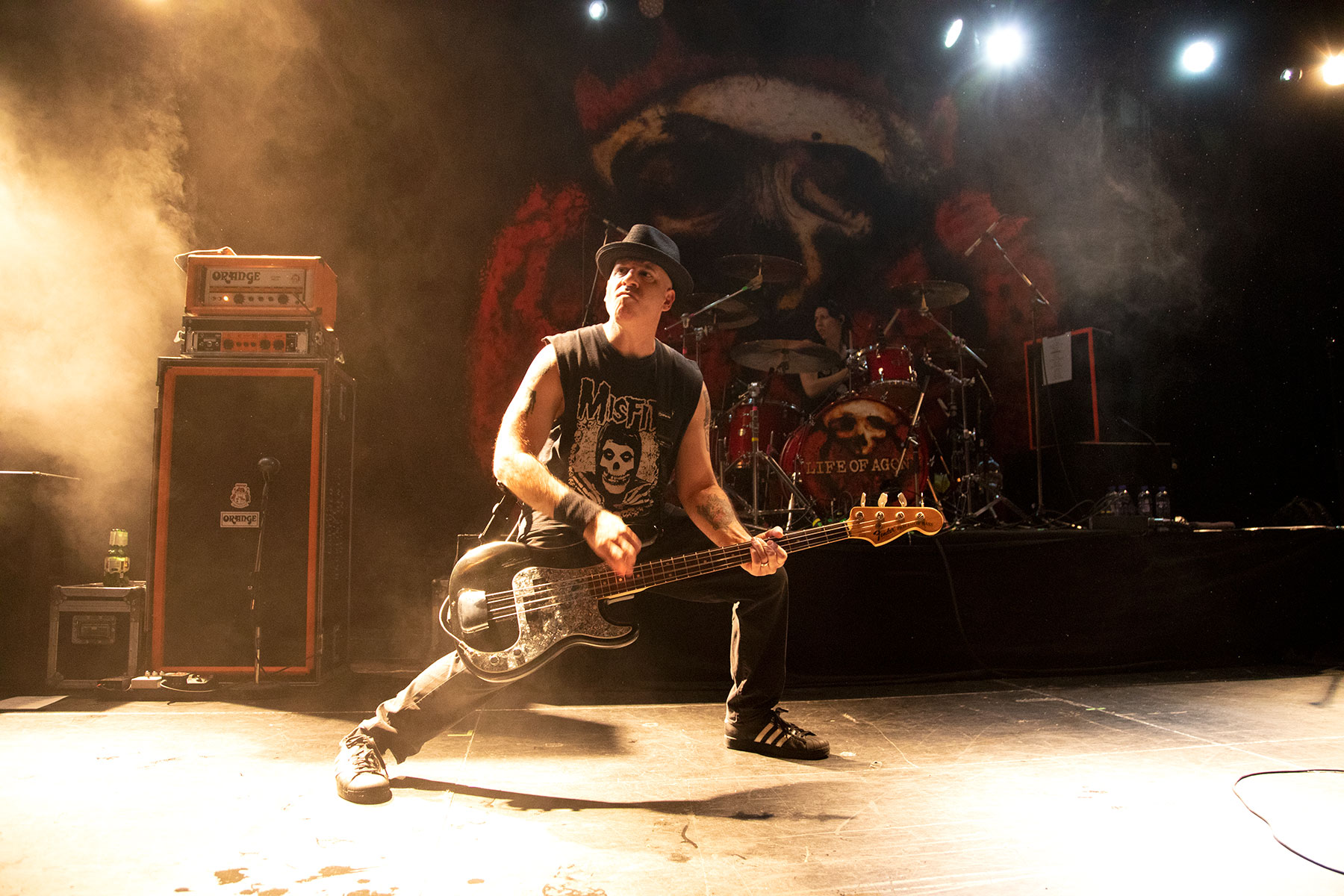 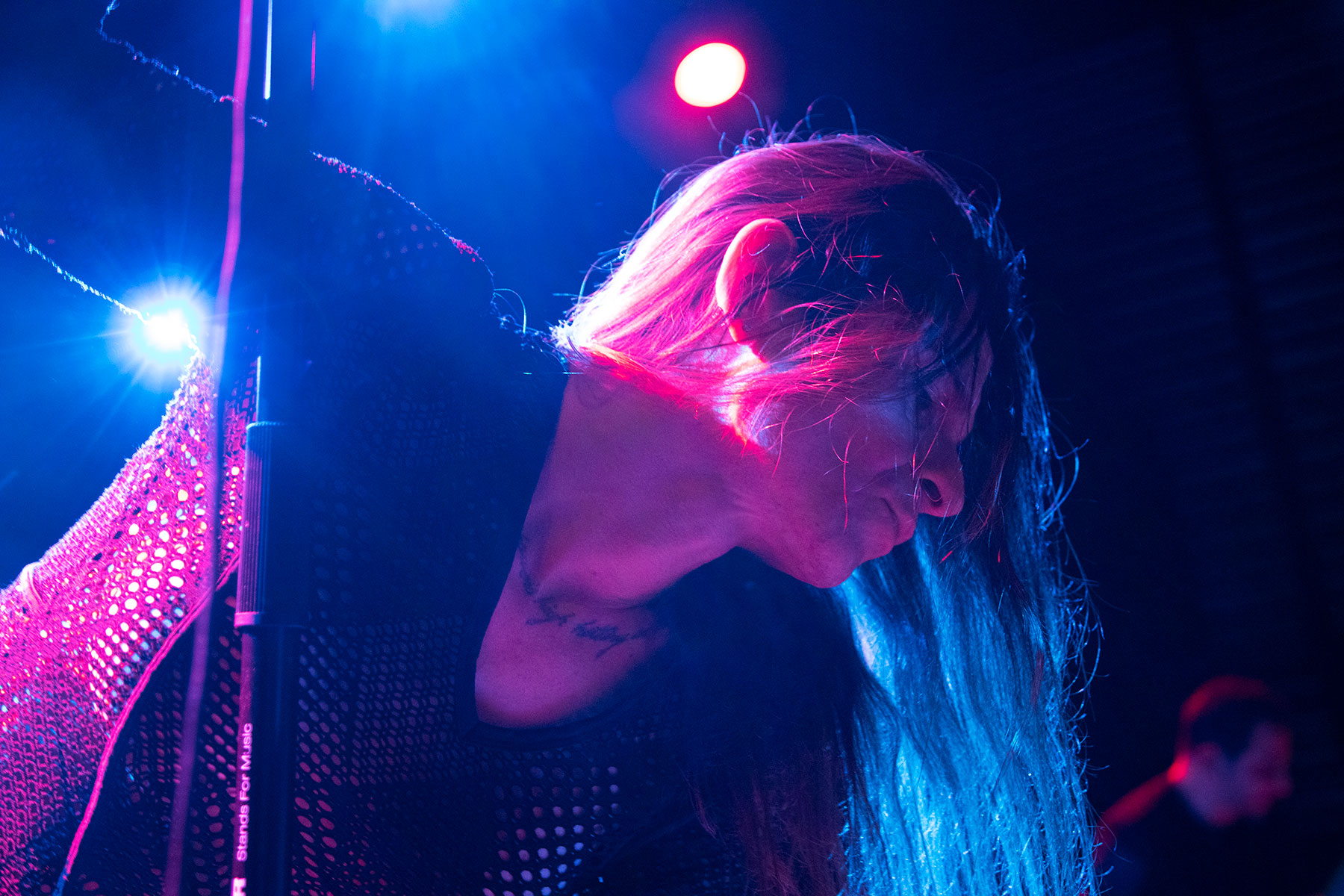 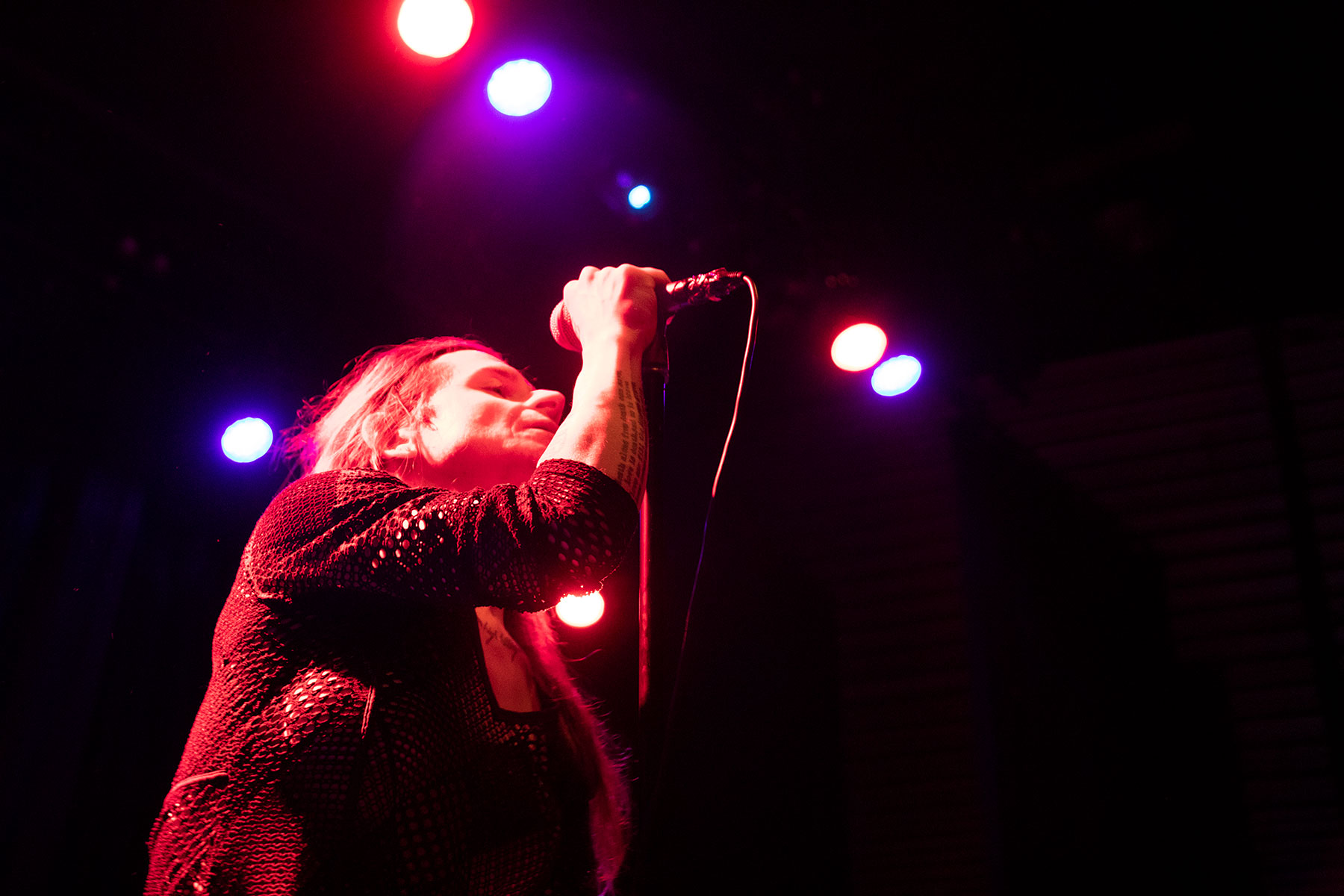 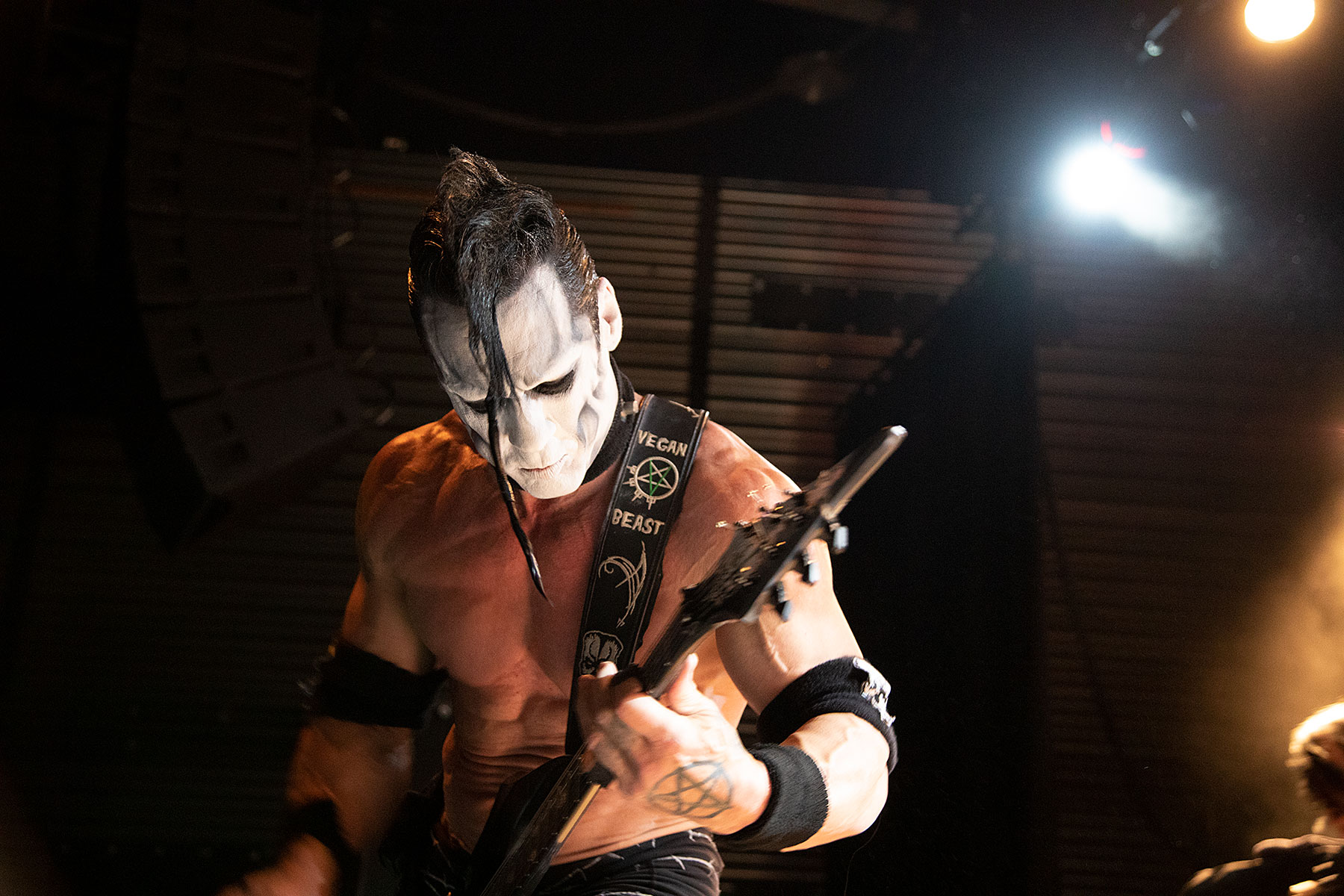 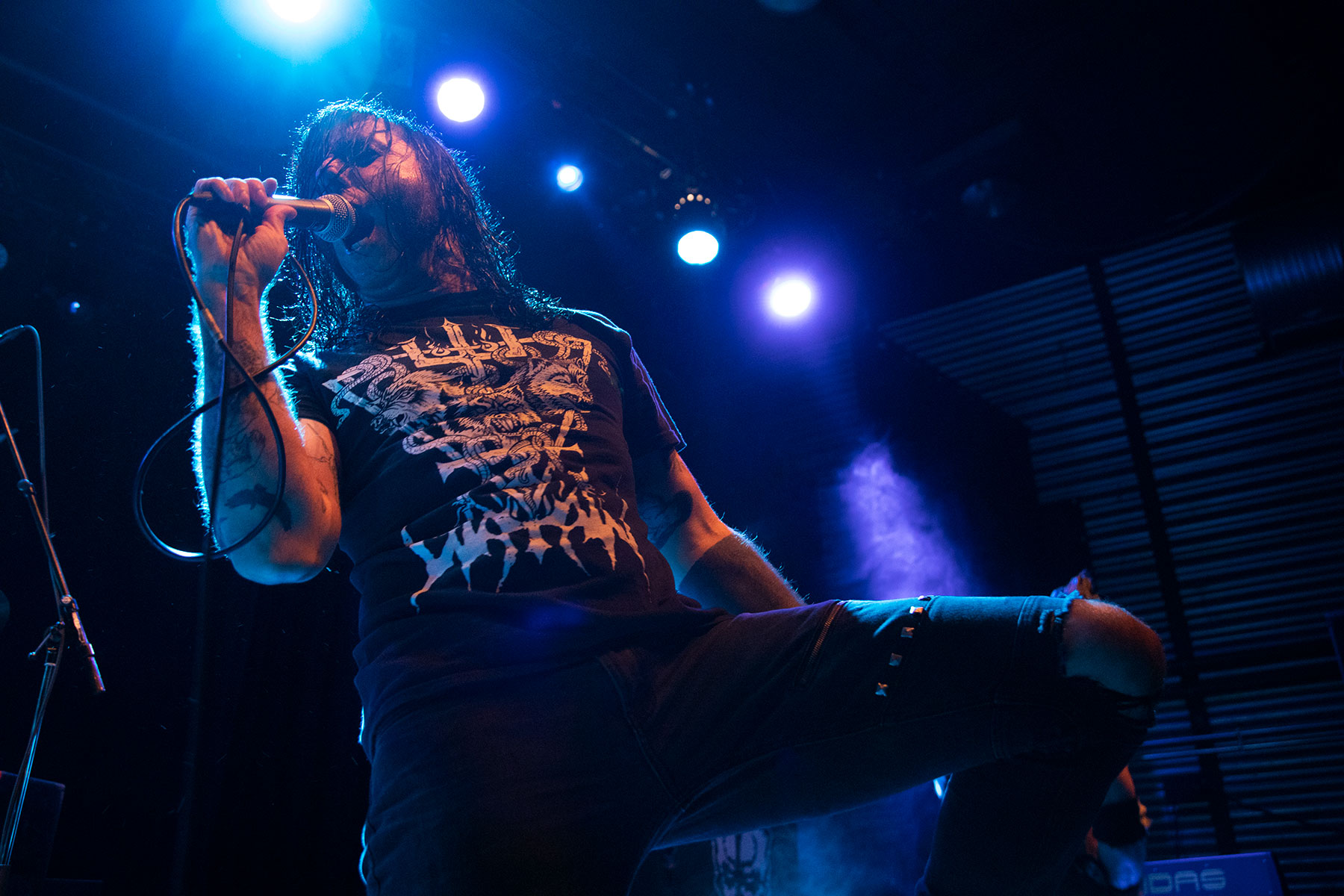 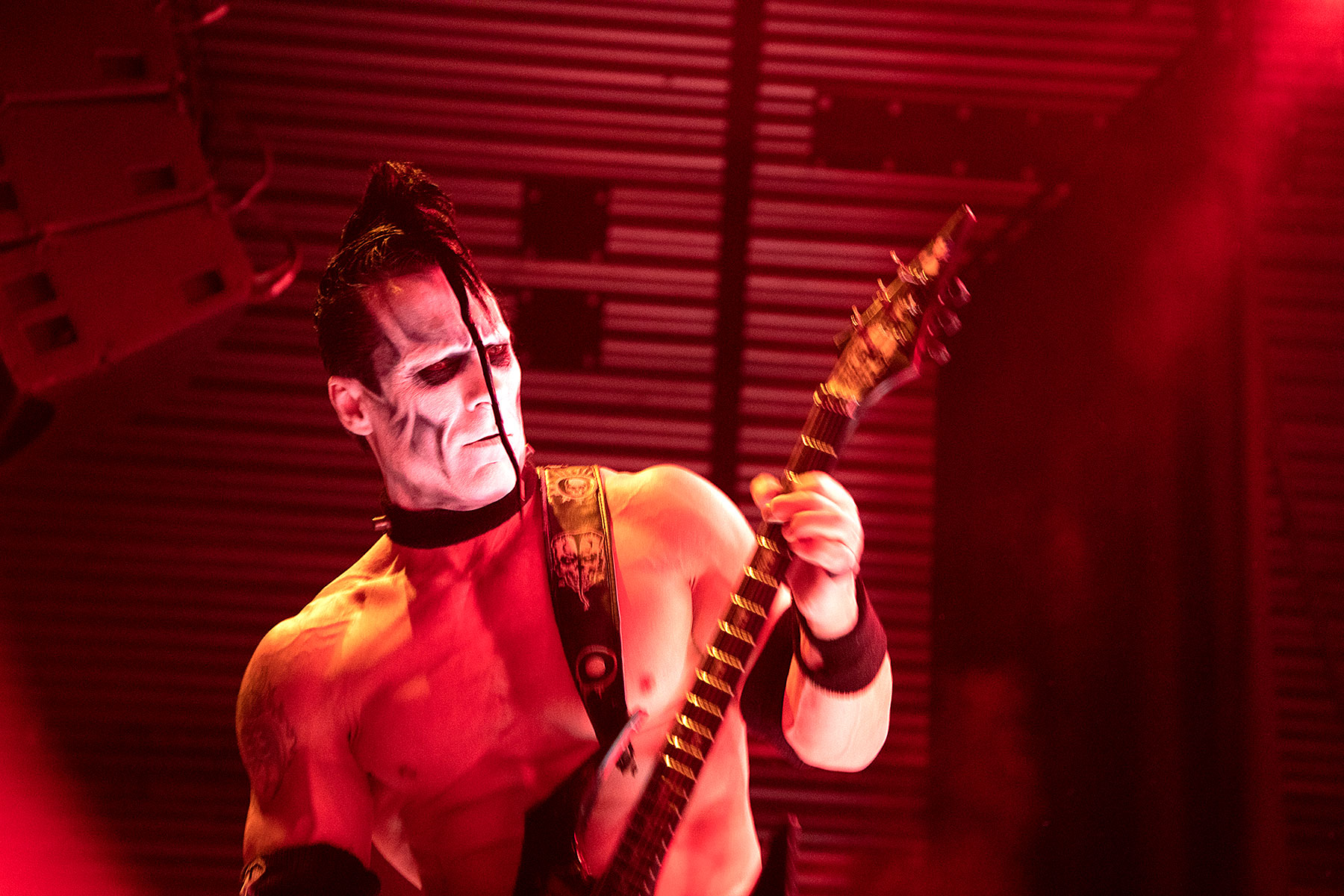 These days Life Of Agony is celebrating three decades since their formation and even thou the band has broken up and been on hiatus several times, it is quite an achievement for any band. The band is marking the anniversary by releasing a new album The Sound Of Scars, which is conceptual continuation of band’s debut album, River Runs Red from 1993. To say that they’ve been though a lot since River Runs Red, would be an understatement, and one of the reasons why The Sound Of Scars is only their sixth studio album. Their previous album, their first after second reunion was yet another rock-solid collection of music to fit their catalogue.

Unfortunately, since then the band has parted ways with drummer Sal Abruscato (Type O Negative, A Pale Horse Named Death), so the new album marks the second LOA albumever not to feature Abruscato on drums. As such it marks a new beginning for the band who have enlisted Veronica Bellino as a drummer. Another important aspect of LOA anno 2019 is that they have hired Sylvia Messy to produce their latest album, which has resulted in one of best sounding LOA albums ever. At the same time the album is extremely true to band’s sound.

Now band is on tour supporting the album and as the special guest they invited Doyle, a band lead by Doyle Wolfgang von Frankenstein of The Misfits.

Doyle took the stage without any intro or any other form of dramatic gimmick and simply just ripped into “Abominator”. The man himself of course supported his The Misfits look and the entire look and The Misfits are basically the foundation of this band, or rather Doyle’s solo project. Musically the band’s music is based on Black Sabbath and, of course The Misfits. It’s a good combination and they have so far released two solid records, without them being more than that.

Doyle might be the star of this band and his presence on stage is almost overwhelmingly dominant, but the rest of the band plays an important role as well. Especially the singer Alex Story, who is one of those frontmen who balance the passion and arrogance into a whole that reminds you of the importance of danger, unpolished way about performance and rock attitude that comes across as genuine and unpredictable. And then there was that dry as bone meager humor accompanied by a healthy dose of self-irony.
Actually, a lot about last night’s performance bore the same characteristics; here was no crowd-pleasing, there was a lot of saliva all over the place and some repetitive cocky comments, that bordered on pissing on the audience. The band was too loud, but still with an overall decant balance in the sound. They took the stage without a word and they left it without a word. Some of it worked, some of it didn’t, but in general it was good to be reminded about that dirty, unpredictable side of rock that is i deficit these days.

Doyle’s show was far from perfect, but it did have a nerve and while the name and general stage presence might be firmly owned, by the man himself, it was Story who stole the show. Doyle seems like a band that would be fun to experience playing a headline show in the next-door venue BETA with capacity of 200 people and a 30 cm high stage.

Some 45 minutes after Doyle left the stage Life Of Agony opened up furiously and hazily with “Scars” the opener from the new album. Solid energy and weak sound characterised the opener, which didn’t do the song justice. But by the time the band followed it with duo of “River Runs Red” and “Bad Seed” the crowd almost didn’t care about the issues with the sound and nonetheless with Mina Kaputo’s vocals, which were scratchy and highly uneven. “Love to Let You Down” kept the momentum somewhat high, but by the time the band ripped into “Weeds” it was clear that Kaputo had hard time keeping up. This was particularly clear during the verses, while choruses and bridges were largely saved by the backing vocals and nonetheless the crowd participation.

Couple of following songs sounded better with fine balance between those razor-sharp guitars, thunderous bass and massive drums. Kaputo’s voice seemed to warm up and his performance was more consistent. Energetic performance by the band rubbed on the crowd and there is certain NYC charm to the guys as well as some bone-deep honesty and gratefulness that swirls like an aura around Kaputo. The impact and importance of these things should never be underrated and their affect on the crowd resulted in positivity and the intimacy feel in the small space between the band and the crowd. Throw on top of that the quality of the material and the fact that they played big chunk of the debut album, and you have one jolly crowd.

There was also place for some good old-fashioned heart-to-hear from the crowd, which might have been sparked with alcohol, but it was fuelled by some genuine affection and gratitude. Something that clearly touched the band and especially Kaputo.

“I look in the mirror and guess what I see / A baby blue eyed spirit who seeks your everything”, he sang in the opening of“My Mind Is Dangerous” and I guess most of us reflected on his and our own behalf. The mixture of the warm voice and big singalong resulted in one of the highlights of the evening. “Method of Groove”, and “This Time” elevated the atmosphere additionally, but even thou the vocals did get better, there were not at the insane level expected. Hopefully this was an off-night and not a symptom of times to come.
Crowd didn’t seem to mind all that much, partly because of the rest of band performance and partly because of the crowd-pleasing nature of the songs from the debut, but just as much because of the extremely passionate and devoted performance by Kaputo.

And speaking of the rest of the band, Bellino’s performance delivered the heaviness and fat beat expected, but her stage presence was as weak as it was uninspiring. You’d think that someone who just landed such a gig would show some form of emotion during the 75 minutes long show.

As mentioned above, the focus of the setlist was on the debut album, which pleased the crowd and essentially lifted the show, eventually resulting in almost ecstatic and certainly joyful finale to the show. And yes, it was bit too short of a show despite plenty of dynamics in it. Few more songs would have served the label of a headliner well and it would add to the show’s spectrum if they played few more of oddballs such as “Broken Valley”, “I Surrender” and “Angry Tree”.

Last night was an uneven affair, with countless glimpses of genius, but also as many drops. It was a testament to quality of this band’s discography, including the new album, but perhaps most importantly it was a demonstration of the importance of feeling, passion and connection in a live rock show. And there was even bit of raw rock danger in there, curtesy of Mr.Story.