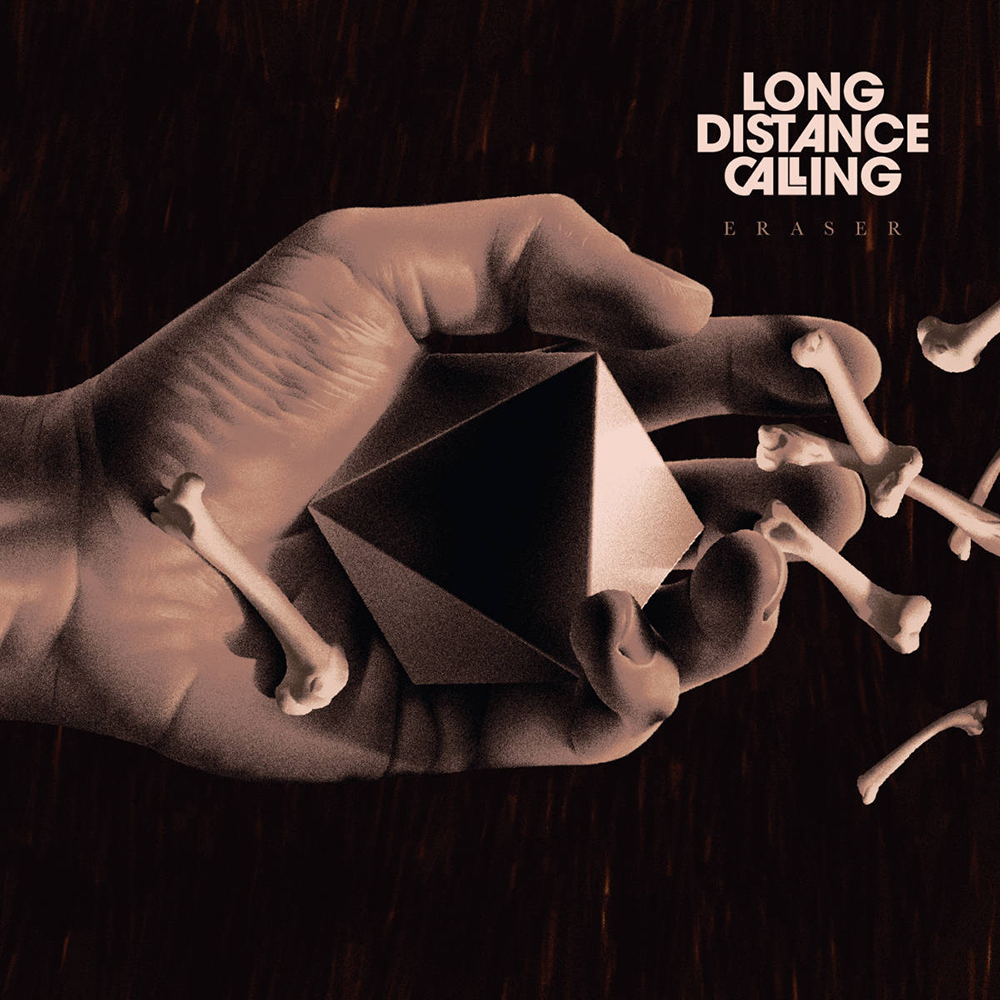 For more than a decade now Long Distance Calling have been one of the most interesting bands within the (mostly) instrumental prog bands and since their 2007 debut they have released one strong album after another. Their previous album How Do We Want to Live?, however saw them realising some of the weakest music of their career and while the whole futuristic concept and use of electronic made so much sense (especially takin into the consideration that we were in the middle of the pandemic), the overall quality of the material just didn’t match their previous work.

They hinted that they have realised that themselves with the release of Ghost EP, which got seem to get them back on the right track.

The new album entitled Eraser, sees them truly back on track and in bit of a surprising matter. What the band does on this, the eight full-length album is focusing on the gist of what they are, meaning that the general focus is on songs, which is clever, knowing that their performance and production are deemed to excel anyway.

The overall approach is surprisingly direct and quite raw. It is for sure another eminently produced record, but there is rather raw quality to it with especially the drums coming across as more primitive, while at the same time maintaining their big bat sound.

There is also a heavier and more raw overall approach with the band delivering plenty on the heavy account. So be prepared for some seriously heavy riffing and even a healthy dose of double-kick patterns. But fear not there are also plenty of mellower aspect to the album where the band explores their nuances.

The opener “Blades” introduces what this album is about eminently, mixing the heavy with the mellower seamlessly and displaying the production quality and its overall approach perfectly. “Sloth” goes mellow(er) starting with almost a Blue Nile sensibility and building and that in a more of a prog rock feel. Unfortunately, the band drags the songs too long instead of keeping it more trimmed at some 5 minutes. The same can be said about the closer “Eraser”, which also tries to squeeze more out of the song than it’s possible. And that’s not because long songs are not up Long Distance Calling’s vein and the longest of them all the +10-minute long “Blood Honey” is a stellar example of just that. But at time the band seems to have hard time knowing when to trim the song.

So besides that, where do the other issues with this record lie? When this is simply very good instrumental record, but just like the case is with most of the instrumental albums one can’t help but think, ho0w these songs would work with some good vocals. I guess it’s just in our nature to think that. And with Long Distance Calling, we don’t really need to imagine because the band has been there before. First it was in form of a single song on an album and later it was far more incorporated. The Flood Inside and TRIPS are perfect examples of what occurs when these four musical wizards add that important layer to their music, with especially the second of the two being somewhat of flawless example of where this band can go.

But here we are with another instrumental album that serves the band very well anyway. The focus on songwriting and raw rejuvenated energy of the material has resulted in a very strong album, somewhere up there with Boundless. It’s happy times for the fans of this German prog band, yet one can’t help but think “what if they incorporated vocals in songs as strong as these?”.