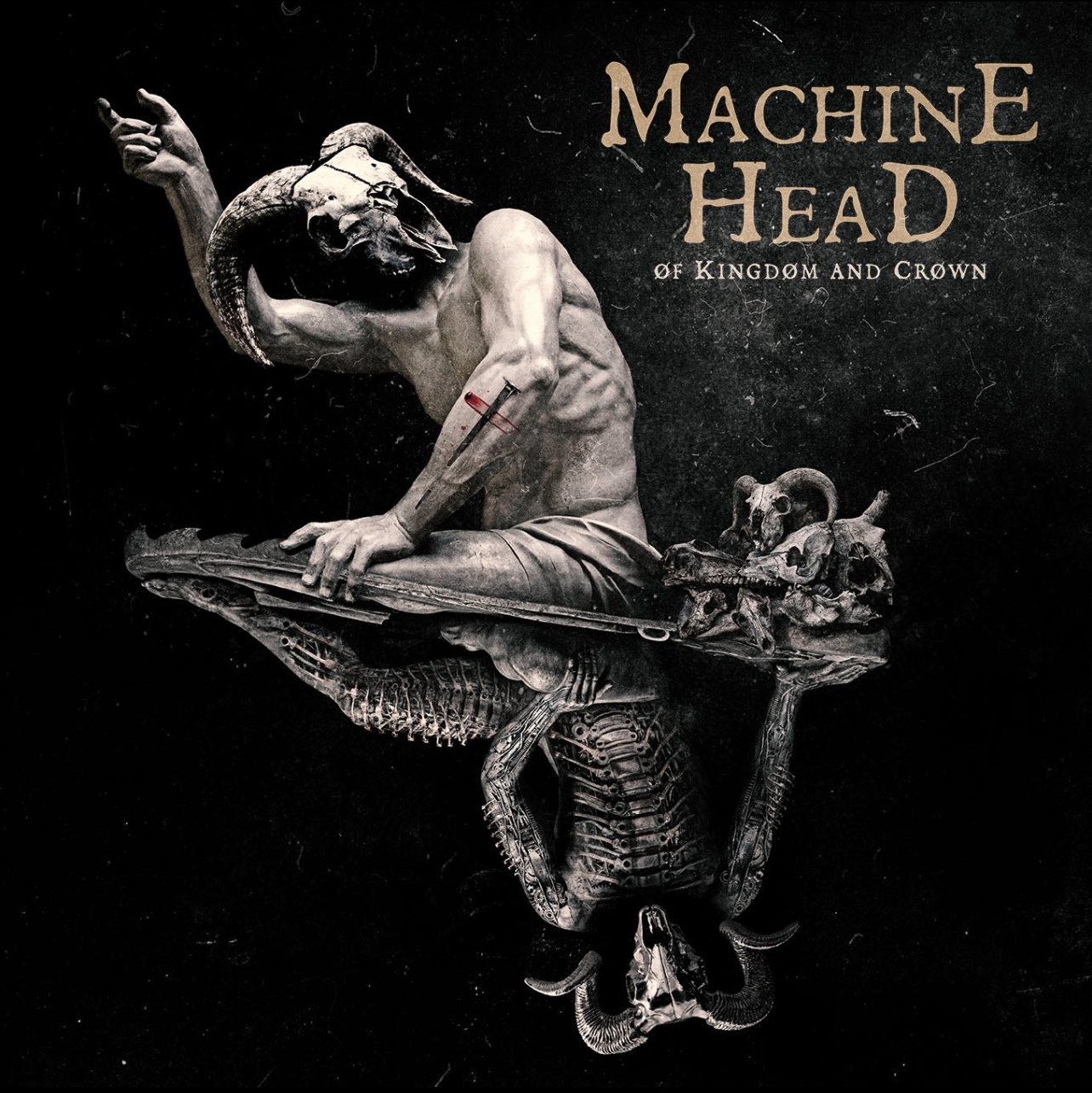 Past four years were rather eventful for Machine Head.  2018 saw them releasing the weakest album of their career Catharsis and then the following year drummer Dave McClain and guitarist Phil Demmel left the band simultaneously, after respectfully 23 and 15 years in the band.

Band’s leader Robb Flynn then hired guitarist Wacław Kiełtyka of Decapitated and drummer Matt Alston of Devilment as replacements. At the same time Machine Head took on an anniversary tour celebrating 25 years of the release of Burn My Eyes. The tour that beside the new line-up also featured band’s original drummer Chris Kontos and guitarist Logan Mader.

How it worked was that the new line-up (also featured bassist Jared MacEachern who has been with the band since 2013) played a set and then Kontos and Mader joined Flynn and MacEachern for the performance of the entire Burn My Eyes album.

This Frankenstein-reunion didn’t feature band’s original bassist Adam Duce and while it did result in some good “an-evening-with” shows it was rather messy and it seemed that Flynn didn’t take the opportunity, that presented itself to him in 2019 when McClain and Demmel left the band. With anniversary of band’s legendary debut album and the fact that he was working with Kontos and Mader it was simply given for the band to reunite (also with Duce) for a full-on anniversary tour and to work on a new album, which could almost erase the memory of Catharsis.

But that didn’t happen for whatever reason, and Flynn got busy recording the new album with the new line-up, but with Alston not recording the drums despite him being official member of the band. Drums on the record are played by Navene Koperweis of Animals As Leaders.

On top of it all prior to the release of the album Machine Head released no less than six songs, meaning that the new album offers only four new actual songs. And while releasing number of songs prior to release has become a normal procedure, releasing so many songs just robs the album of some unpredictability and frankly, the overall experience of immersing into the album as a whole. Especially taking into the consideration that this is a concept album. Well, at least they didn’t include the three songs released in 2020.

And while Flynn didn’t take the opportunity that presented itself in 2019, he did take a rather safe approach to getting himself our of trouble, which he also used in 2003, when the band was trying to distance themselves from their nu-metal era. The recipe is quite simple – release a pure heavy metal record. Back then they released Through the Ashes of Empires and are now trying to repair the damage from Catharsis with Of Kingdom and Crown, which is simply said a classic Machine Head heavy metal record, much in vain with The Blackening.

And while big part of the fans didn’t care for bands nu-metal era or Chatarsis the main problem the latter was that it was simply a weak record. Same goes for Through the Ashes of Empires, so the fact that the new album is heavy doesn’t in any way mean that it’s good.

But let’s start with artwork, which was created by Seth Siro Anton (Moonspell, Paradise Lost, Kamelot, Flowing Tears) and it sure does look sharp, with artists’ gothic sensibilities it feels familiar yet fresh and taking into the consideration that this is a concept record Anton’s visual storytelling style works even better.

The story behind the album is quite simple and what you’d expect from Flynn. It’s a story of loss, grief, revenge and without spoiling too much, perhaps also some form of closure.

Sonically we’re of course in friendly waters with only the drum sound standing out and not in a good way. Over the course of their career the band has experimented a lot with their drum sound and for the most part it served their music well. Drums on Of Kingdom and Crown, are in a way detached from the overall sound mostly thanks to that sharp overly compressed snare sound. It takes some getting used to, but even then, one can’t help but think nostalgically of the drum sound from Burn My Eyes, The More Things Change…, The Blackening and even on The Burning Red and Bloodstone & Diamonds.

The drumming performance is technically eminent, but the technical debauchery at times feels like compensating and it doesn’t groove as much as you’d expect from a Machine Head record. Some of it can be blamed on that sterile sound, but hey at least they didn’t turn it all into a sort of a drum solo like Trivium did on their What The Dead Men Say album.

The album opens with the epic “Slaughter the Martyr” whose first three minutes offer elegant melodies and harmonies in form of an intro actually, before all the hell breaks loose much like it does on The Blackening opener “Clenching the Fists of Dissent”. The atmospheric intro build-up, massive riffs, catchy chorus and razor-sharp leads of the opener serve well as a blueprint for this album and perhaps the band itself. The opener is followed by couple of blistering tracks which work really well. Afterwards the band eminently shifts to couple of more melodic and approachable songs in form of “My Hands Are Empty” and “Unhallowed”. They pick up the pace and turn on the heaviness barometer with following four songs that check the Machine Heads boxes and are executed as well as anything on the album, but in general feel like autopilot tunes or even fillers. Fortunately, the album closes with near perfect “Arrows in Words from the Sky” which has that massive epic feel despite it not being a long song.

And the epic is also a word that comes to mind when describing this album. There are elements of black metal and at times almost cinematic feel to guitar-work. The three interludes are also designed to enhance that cinematic feel and they do that fine, but truth be told Queensrÿche has done them in a far superior matter back in 1988.

The limited edition of the album also offers a solid instrumental “Exteroception”, which comes bit too close to some old Arch Enemy (can you spot which song in particular?) and an acoustic version “Arrows in Words from the Sky”, which is fine, but when the original version is so good, this one just becomes a cover you’ll spin few times at most.

Production on the album is solid and Colin Richardson mixing job is of course spot on, but not even he could remedy the overall sonic experience from that snare sound.

MacEachern impresses with some serious backing vocals and even bit of lead vocals on blistering “Become the Firestorm”. His vocal performance makes for some of the finest harmonies in band’s career. Kiełtyka does what he’s supposed to with guitar the leads, but the aspect of guitar-work on the album that impresses the most is hidden in those atmospheric textures.

So, what we have here is an album where Flynn once again revives the band by sticking to that simple formula of going heavy and finding out that it’s there that he manages to write best songs. At this point in his career and with his undeniable ever-glowing metal heart, he can write these kinds of albums in his sleep. That in itself might not be the best praise for this album, but hey, if you are so good at doing these kinds of albums, then that fact most certainly deserves honest praise.