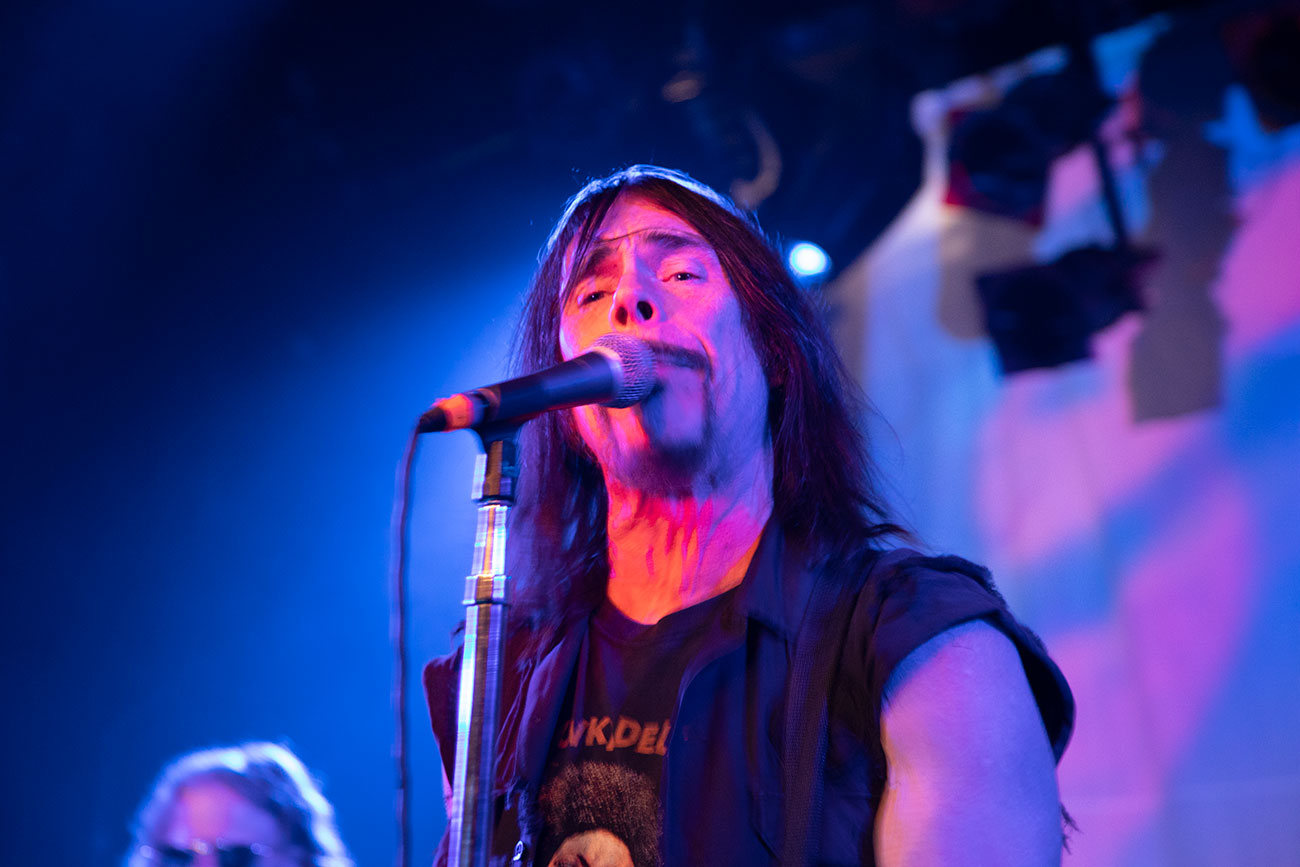 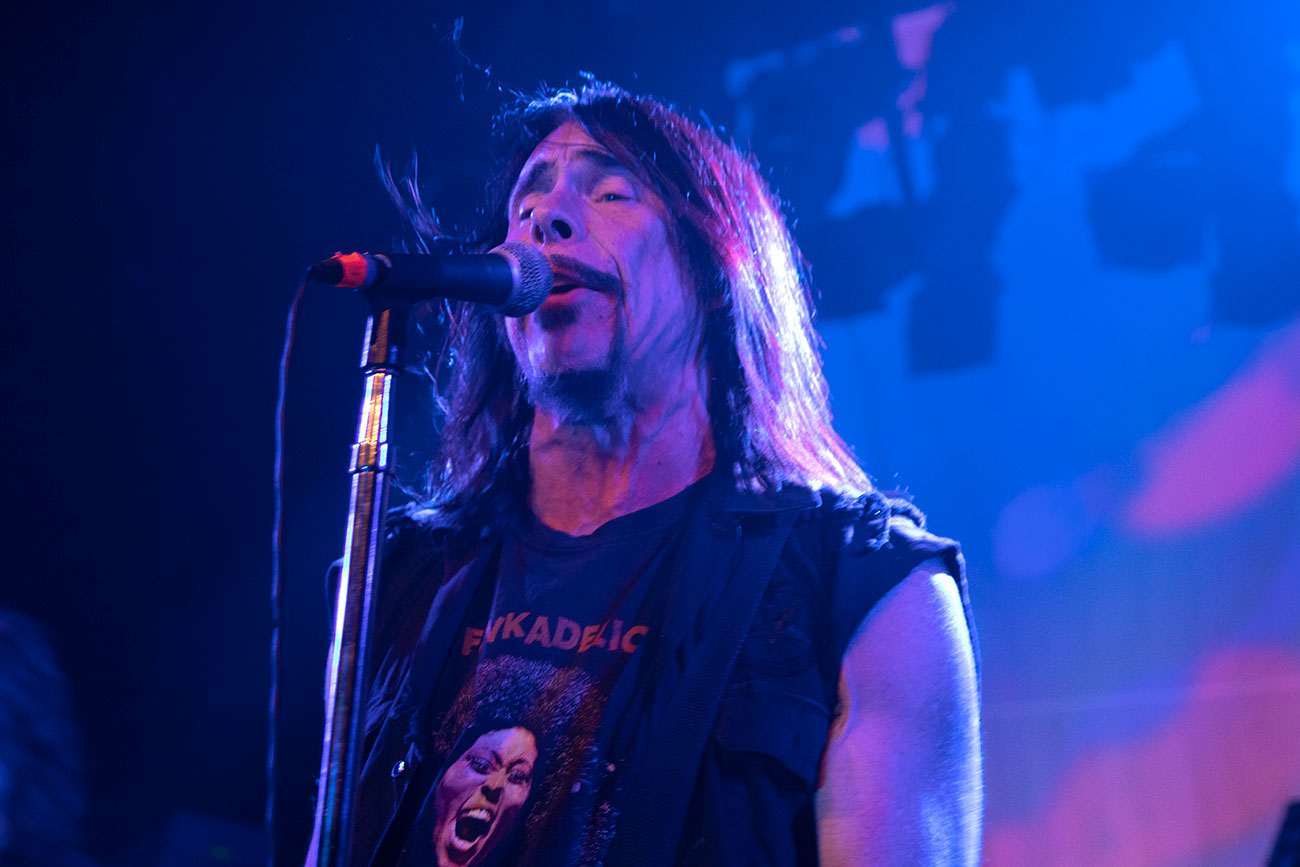 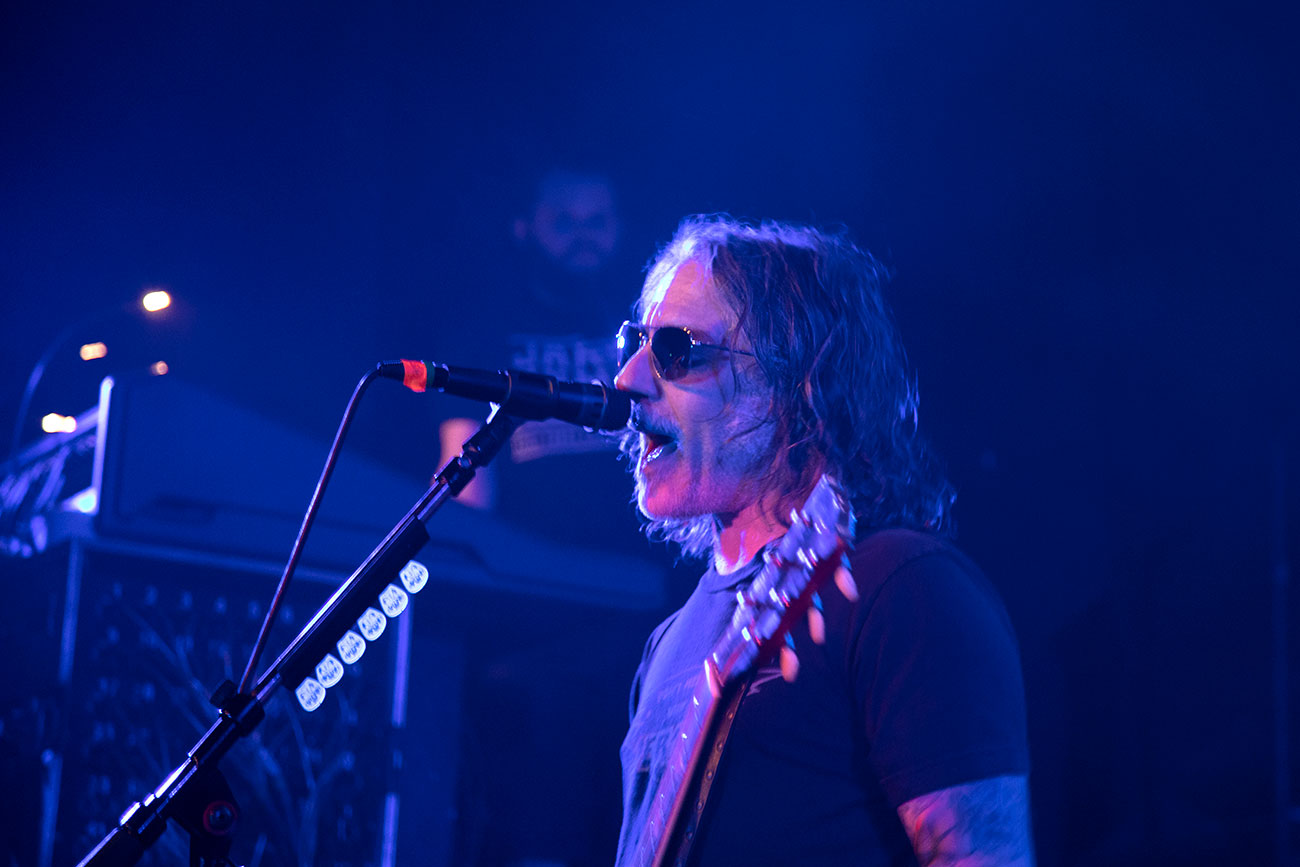 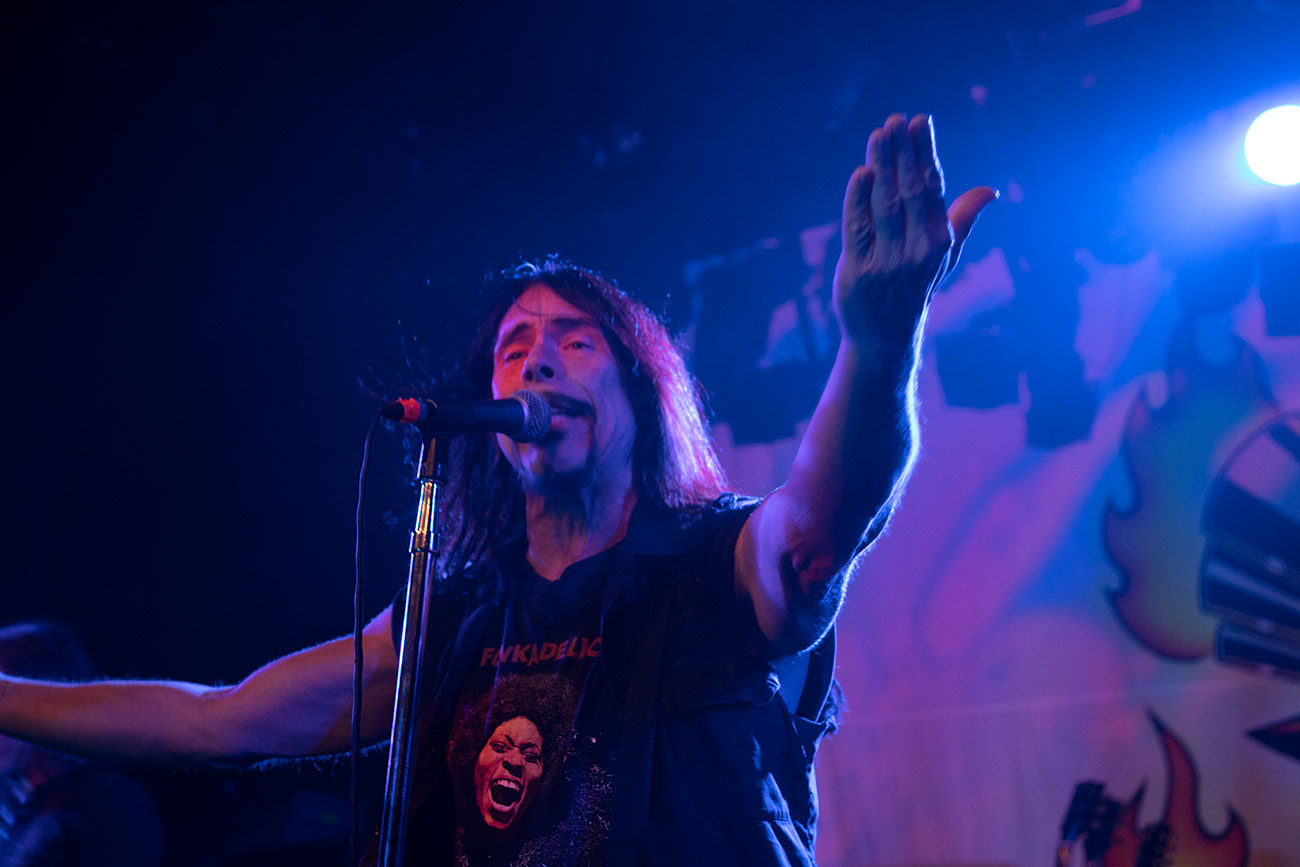 Monster Magnet has been riding the wave of success of their 2013 masterpiece Last Patrol for a long time, but now the band is back with a furiously simple Mindfucker that is in many ways the opposite of its predecessor, which was characterized by rather mellow and psychedelic approach. Mindfucker on the other hand is straight to the point upbeat rocker. Both albums, however, are undeniably Monster Magnet.

Last night’s gig, much like the new album, was to-the-point with a setlist that basically didn’t leave any room for moody laid back passages. And not only did the band rip through the potent and solidly bolted setlist, but they did so in the more vigorous matter, that they did in over a decade. This is mostly due to Dave Wyndorf’s energy, mobility and contact with the crowd, that was the complete opposite to what we’ve grown custom to from him over the years. His stage presence reminded of that from the band’s heyday, meaning that the energy and charisma were in top and intact.

This shift further strengthened the approach of the new album and current live show.

The band played loud and tight. At times the loudness combined with way too much effect on Wyndorf’s vocals would result in somewhat muddled sound, but in general the band sounded quite good. It is however pity that they felt the need to bury the vocals under so many effects, even in-between songs.

As mentioned above the setlist was focused entirely on the upbeat songs, which worked sublimely. They opened with a classic “Dopes to Infinity”, which was eminently followed by the first three songs from the new album. A risky move that worked impeccably. Monster Magnet is known for focusing their setlist for a portion of their rich back-catalogue, completely ignoring some albums, such as of 4-Way-Diablo and Monolithic Baby!, but last night we got to hear a song from the latter of the two for the first time in ages. “Radiation Day” might be one of the weaker songs from the album, but in the context of last night setlist it worked surprisingly well.

Another song that worked better than expected was the encore opener “Ejection”, which was followed by the highlight of the evening “End of Time” and the obligatory “Powertrip”. Encore was solid piece of rock, but the last bunch of songs would’ve worked even better if the band had dropped the whole walking of the stage only to come back few minutes later. It would simply be more in the spirit with the new album and the last night’s show if they just kept going.

Mindfucker is such a clever move for the band and the simplistic energetic approach of the album has most certainly rubbed off on the band’s live show. Last night Monster Magnet appeared more vital than they have been in years and that’s quite impressive, taking the bumpy three-decade long ride into the consideration. It’s sort of a mindfuck, really.