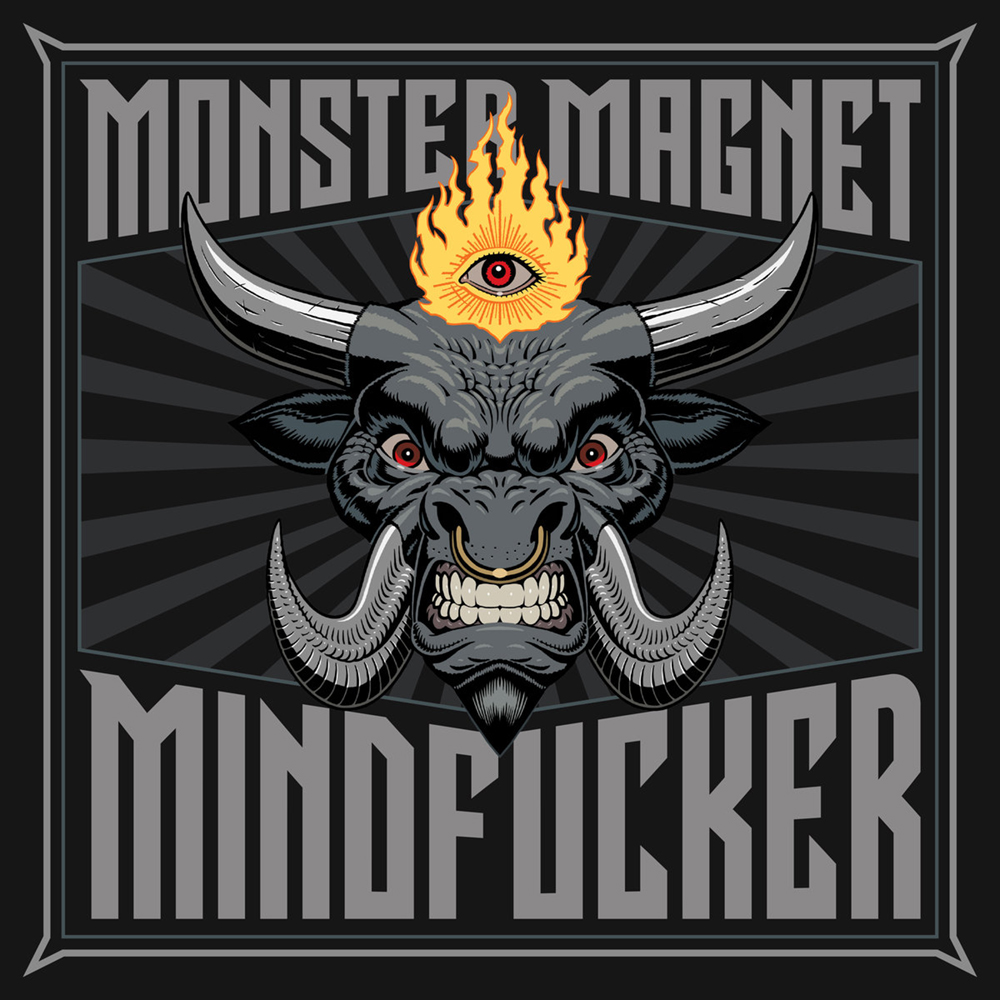 In 2013 Monster Magnet released Last Patrol, one of the finest records of their career, which is something of an accomplishment when you are almost three decades into your career.

The album saw the band dig deep into their mellower, atmospheric and psychedelic aspects. For the follow up, the band has decided not to explore the success of Last Patrol, but rather go in another direction. Mindfucker sees the band dig into straight forward up beat rock, which is just as much the part of their DNA.

The experience is mashed with energy worthy of a struggling young band as the album explodes on first four songs. There is no time to catch the breath as the simplistic energy bombs inspired by the likes of MC5 and The Stooges. It’s noisy and dirty with Dave Wyndorf vocals pushed a bit down in the mix, which give the album additional rawness. At the same time his vocals are never compromised and the good melodies are ever-present. Lyrically Wyndorf is as sharp as ever and he still manages to get away with lines which would bury most other frontmen.

Monster Magnet keep the level high throughout the album. However there are with couple of songs in the second part of the album that are good songs, but don’t have the same high level the rest of the album has. Fortunately, the album rounds up with infectious “All Day Midnight” and the album closer “When The Hammer Comes Down”, which sums up the album in almost six minute long bashing, which hits the listener from all sides.

Mindfucker is simple and dirty. It’s more a sticky floor of a bar, than a dusty desert road. It’s bombastic and as such just what doctor ordered after the majestic psychedelic trip that was Last Patrol.