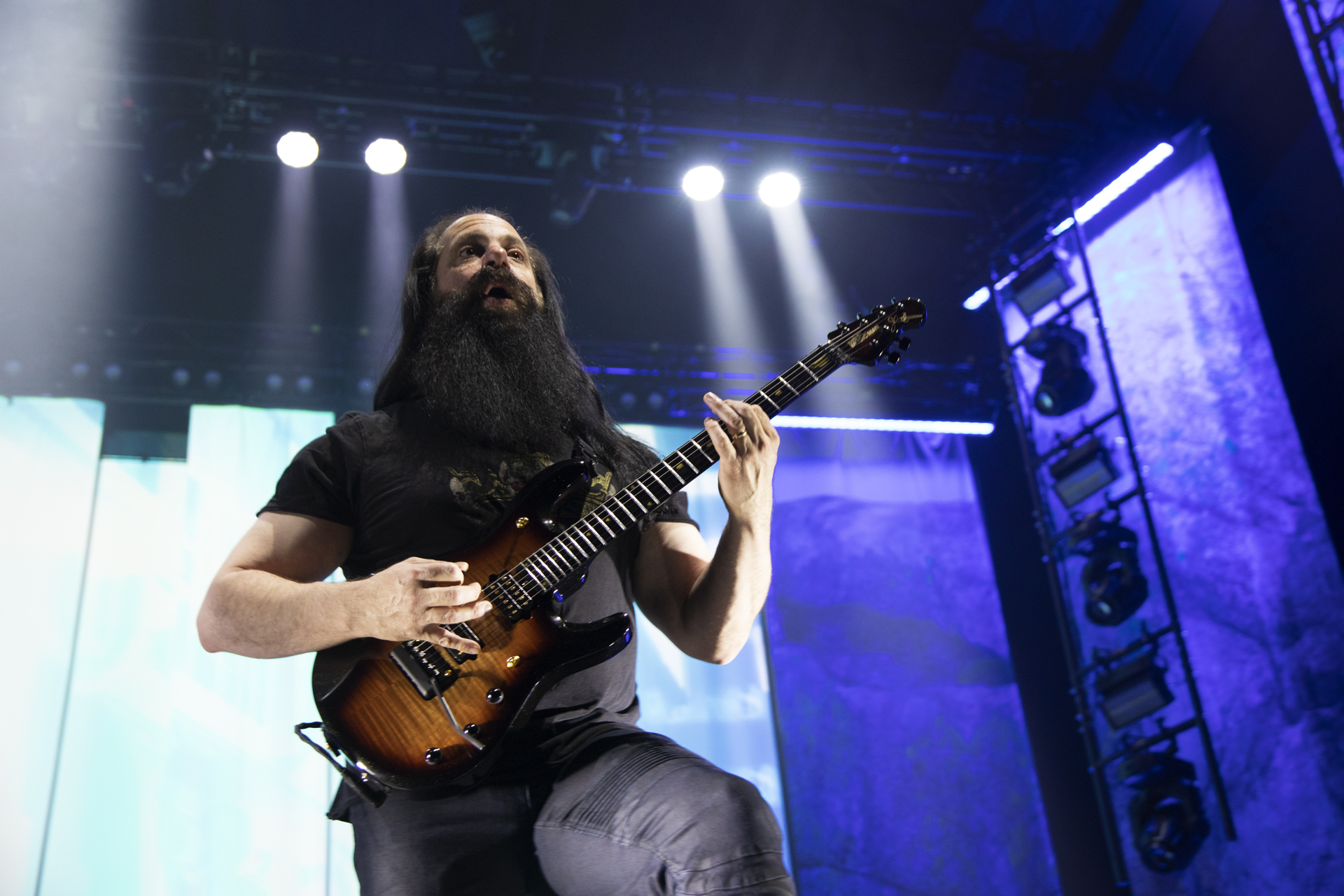 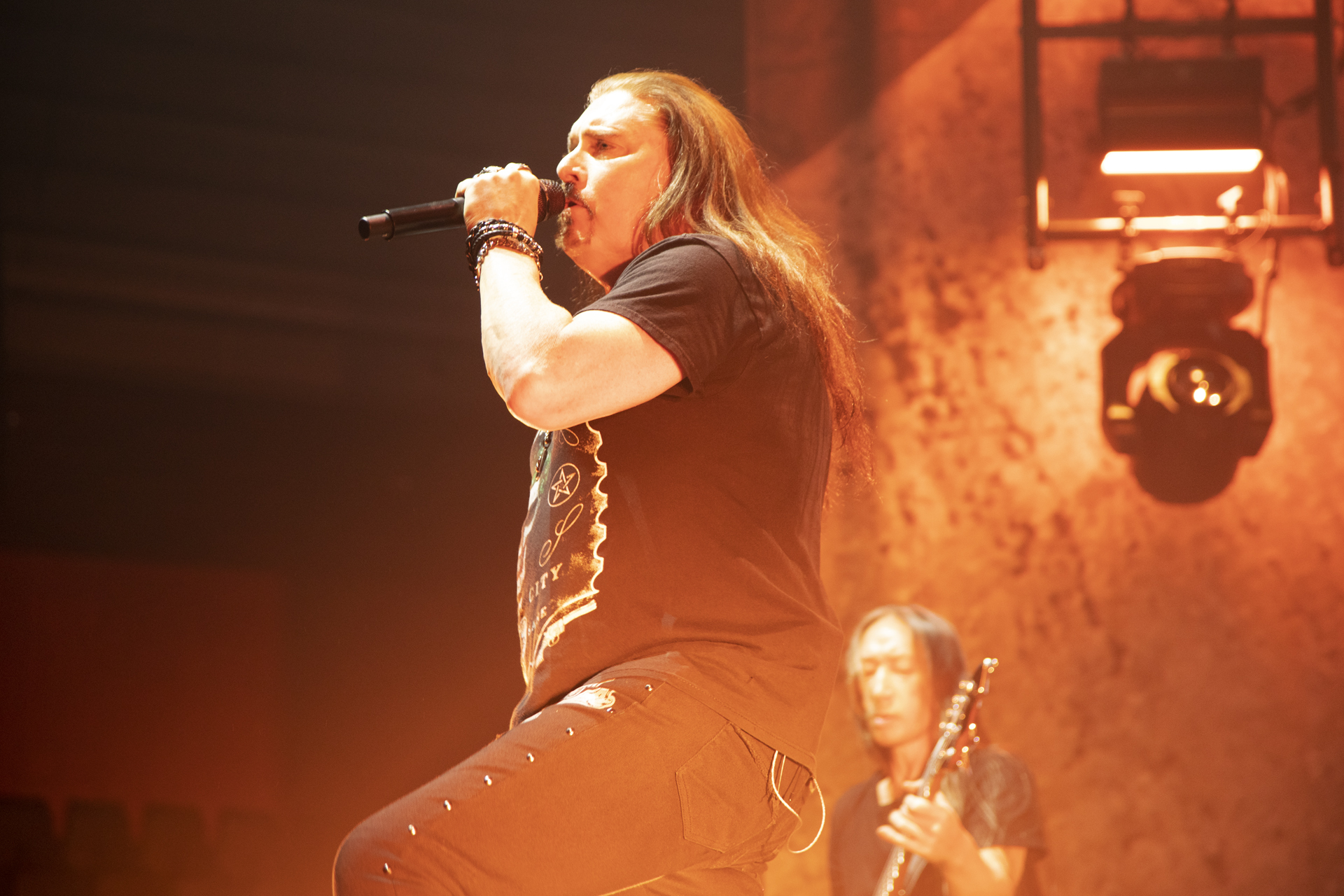 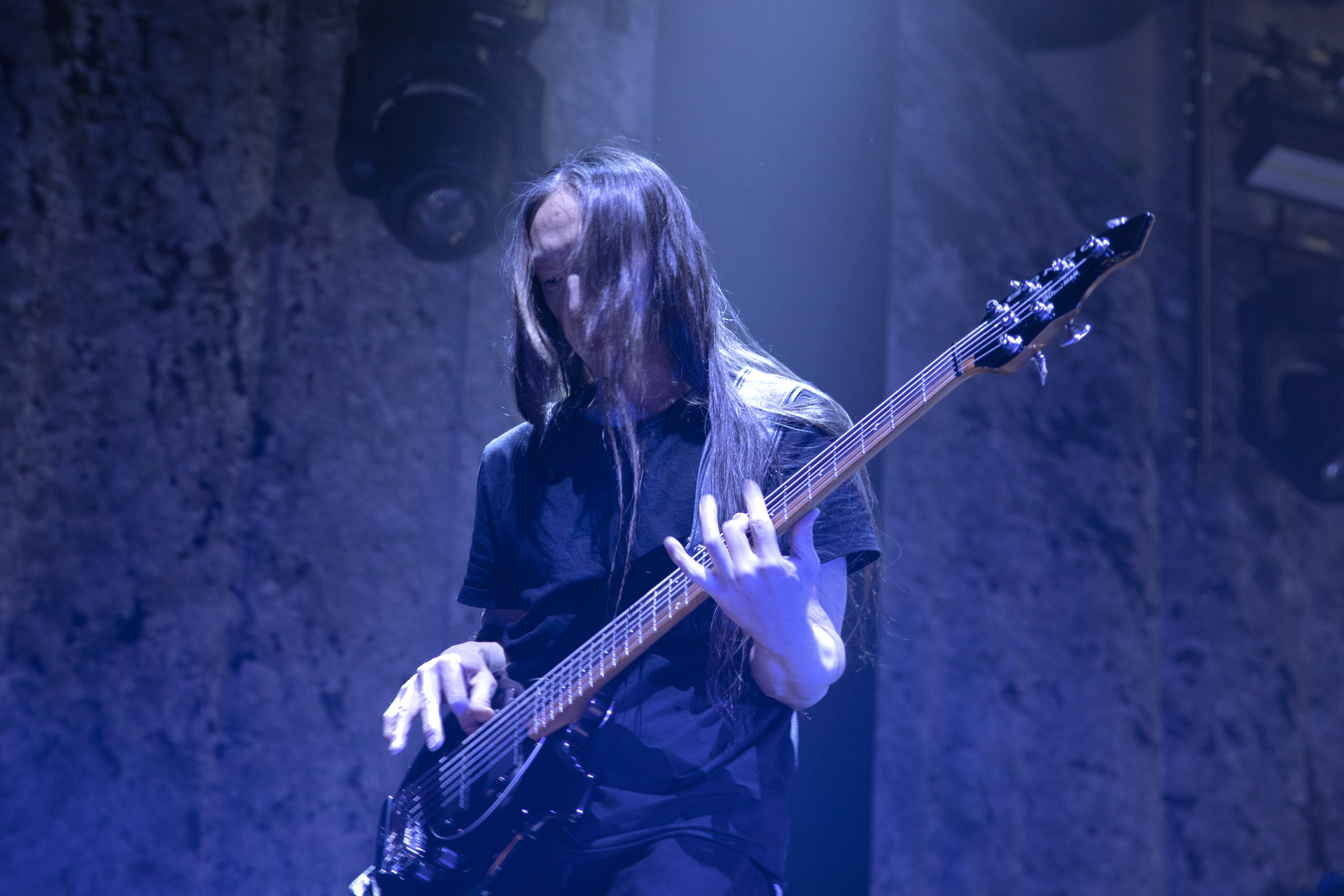 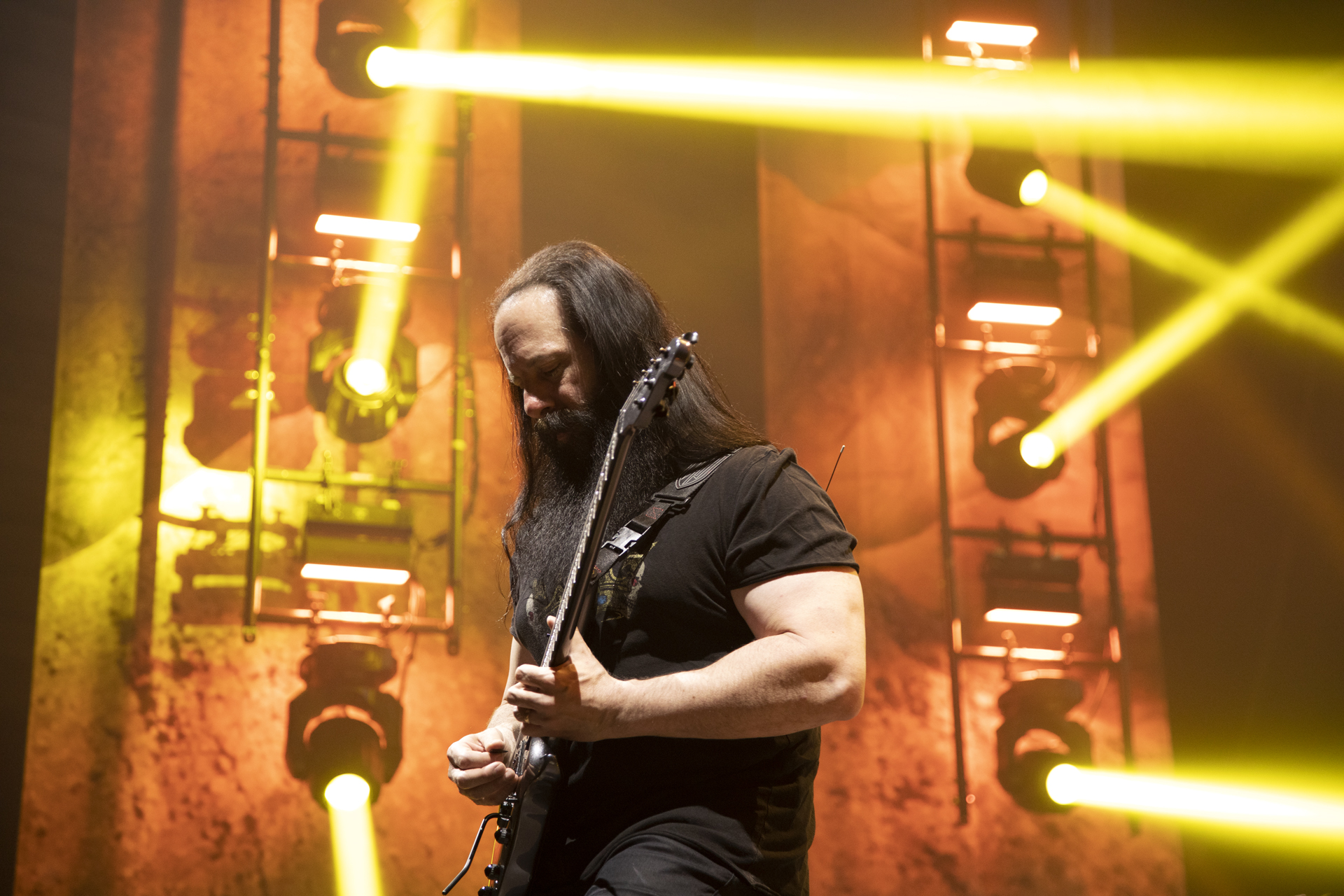 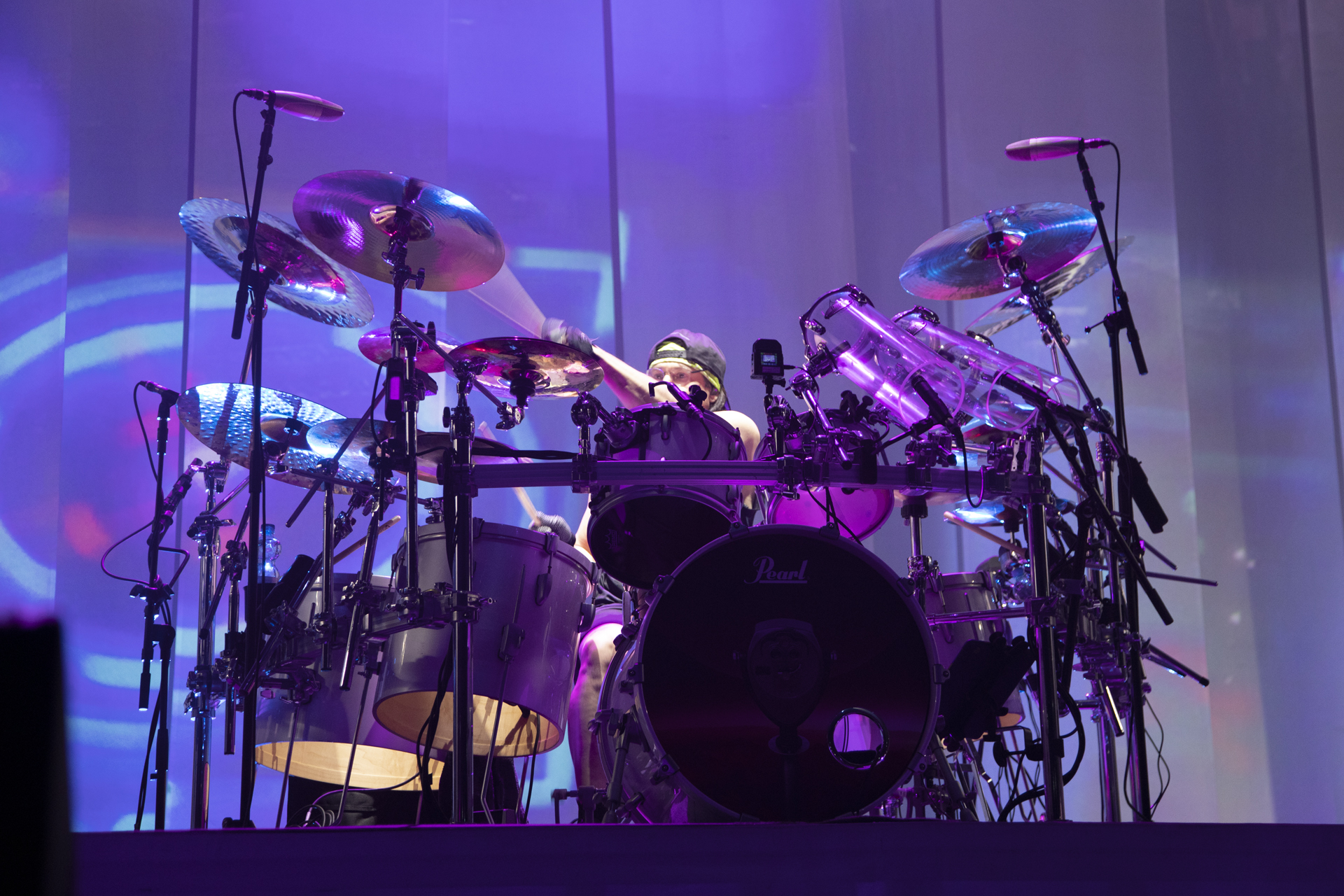 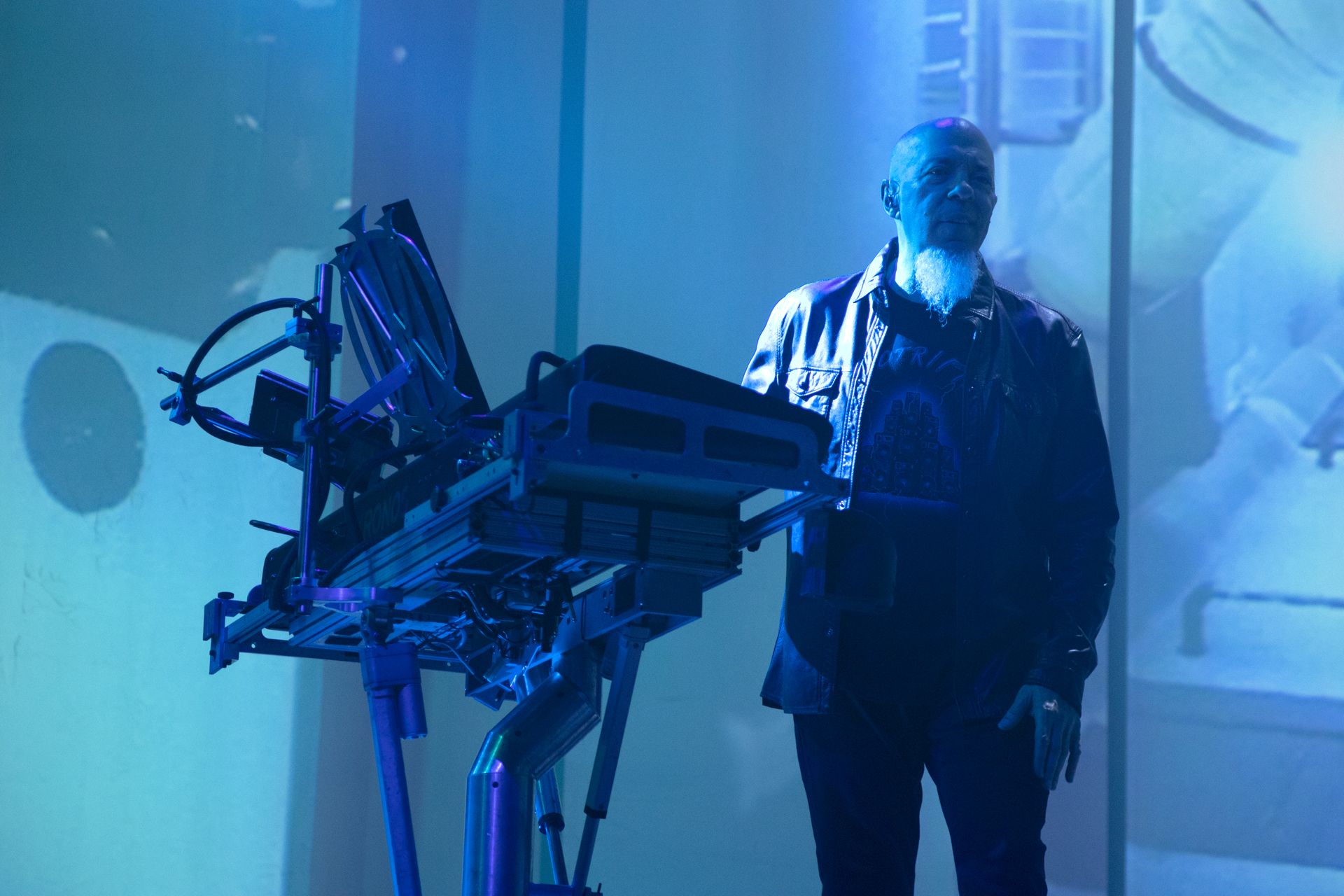 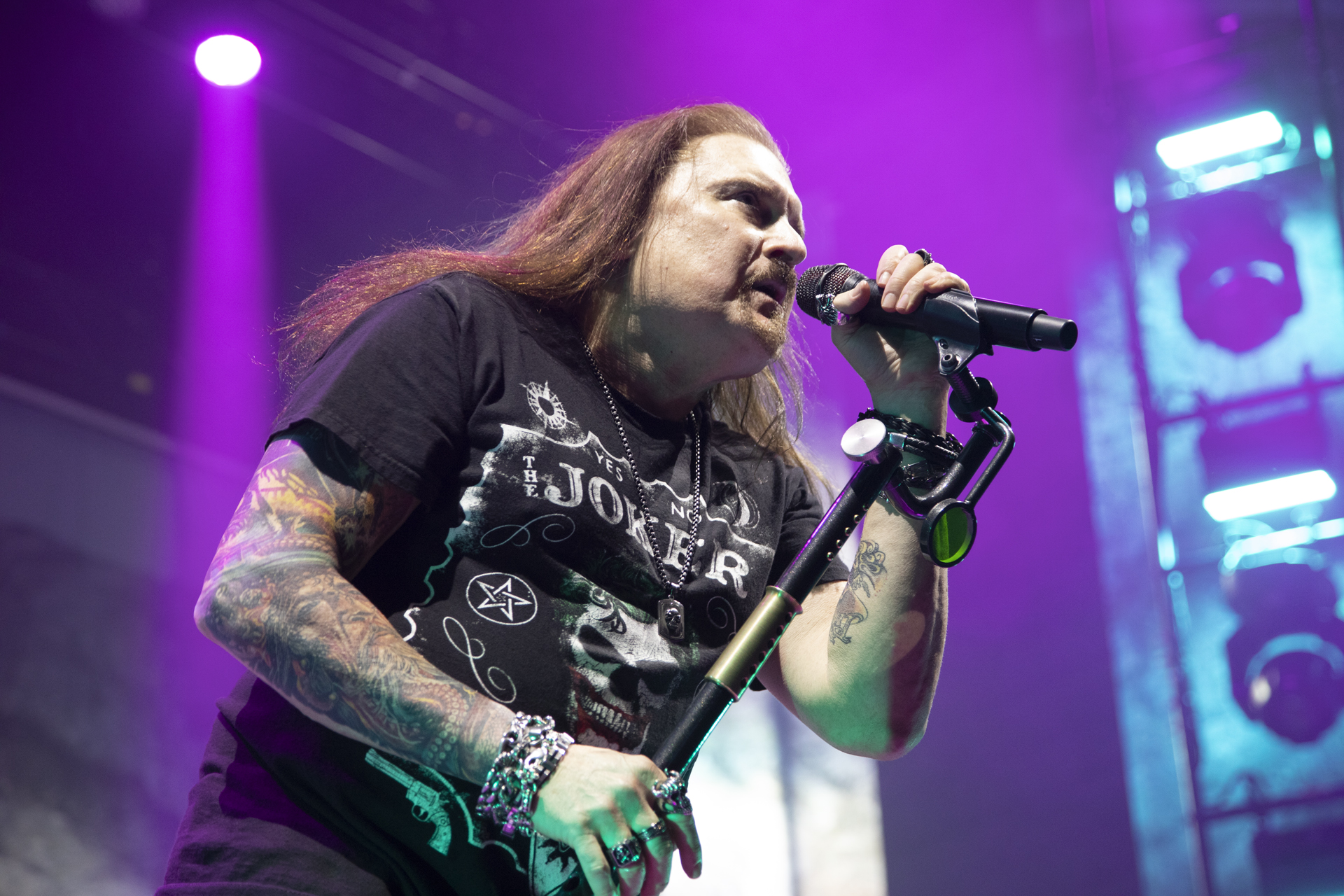 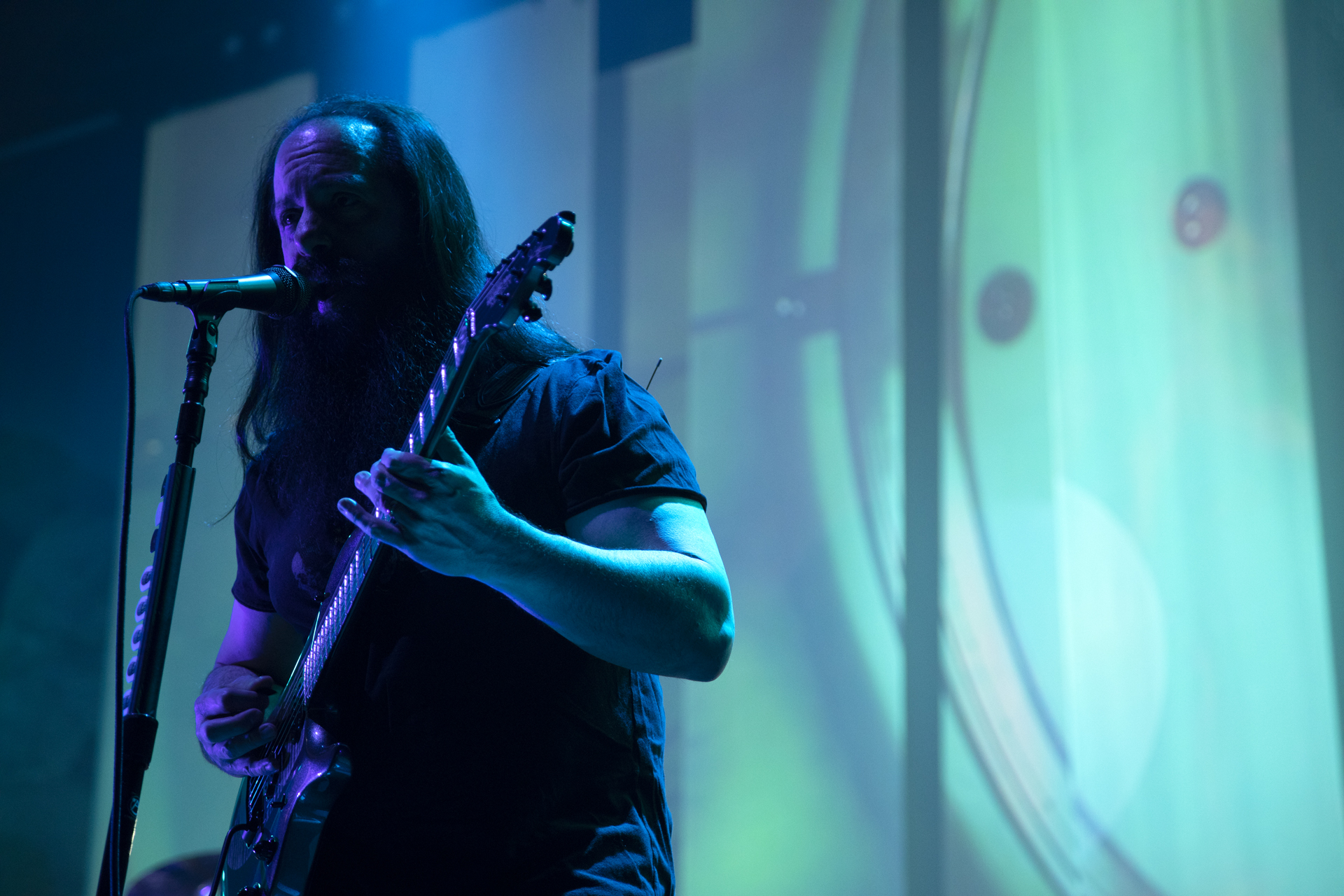 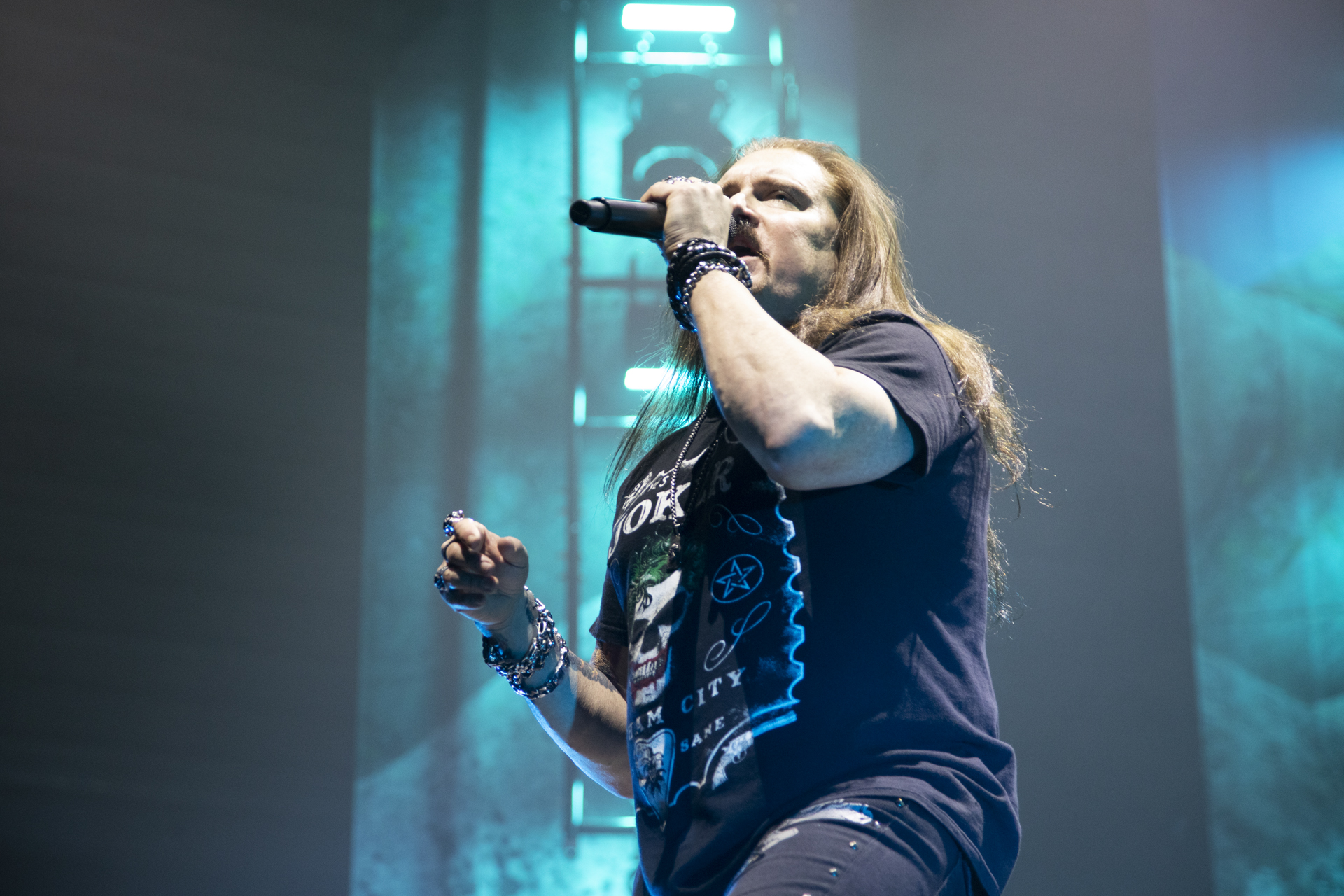 Prog metal giants in Dream Theater were somewhat lucky with the timing of the release of their previous album Distance Over Time, which came out in early 2019, meaning that the band did get to tour extensively for it before the world shut down due to the pandemic. Ten the band worked on the follow up much like they normally would, at least form the standpoint of a typical Dream Theater timeline. The released the follow-up. A View from the Top of the World. After somewhat shorter more to the point songs that characterized Distance Over Time the latest album included more of the long epic songs and that approach also characterized their performance last night at Copenhagen’s KB Hallen.

Far from sold out, but I didn’t feel half-empty either, meaning that some 3000 people found their way to the concert which also featured support from Devin Townsend.

Only 15 minutes after the Canadian progger finished his hour long set Dream Theater opened their two hour long show with the “The Alien”, which a month ago won them their first Grammy Award.

This time around the band presented far more stripped-down setup with focus on massive display behind the band, which presented the audience to some of the finest visuals in band’s history. The stripped down-approach meant that Mike Mangini’s massive drum set with four kick drums, countless toms and over the head rack was stripped down to a single kick drum, no overhead rack and just generally one of the most stripped-down drum kits to ever grace a Dream Theater stage. Even John Petrucci’s massive amp rack was completely removed.

So, the simple approach combined with more focus on visuals worked quite well for the band and made it come across as fresh(er).

Sonically the band sounded rather well basically from the get-go and “6:00” was a welcomed important second song of the evening.

Another new song followed in form of “Awaken the Master” and then band followed it with the highlight of the evening “Endless Sacrifice” from the mighty 2003 album Train of Thought. Song’s structure catchiness, heaviness, and the fact that the band hasn’t played it live for a decade or so, all contributed to it coming across as very strong.

It goes basically without saying, but the performance was as strong as ever. James LaBrie’s voice is not what it used to, and it hasn’t been for a while, but he still delivers on a worthy and rather professional level. Petrucci’s brilliant guitar tone deserves a mentioning truly giving his (and band’s) stellar performance additional level.

Evenings setlist was heavy on the new album, with band playing 4 out of 7 songs off the album, which is understandable, but somewhat weaker quality of the new material did affect the overall experience, nonetheless when the band decided to include just one song from the band’s first decade of recording music and not one from band’s most celebrated album Images and Words and Metropolis Pt. 2: Scenes from a Memory (they did however play the later of the two in its entirety on last tour). “The Ministry of Lost Souls” was a second highlight of the evening truly shining in all its majesty, with pure goosebumps moments several times during its 15-minute running time. “About to Crash” didn’t leave a big impression and neither did the epic title track from the new album.

And for the encore the band chose the 20-minute epic “The Count of Tuscany” from the 2011 self-titled album, which on a paper might not be an obvious choice, but worked rather well, with especially the final third of the song seeing the band truly shine.

Last couple of albums saw Dream Theater play it safer after a miss that was The Astonishing, but after two such releases, it’s it would make sense for the band to do again throw us a bit more of a curveball. Perhaps digging into inspiration and the overall approach that mase the likes of Awake, Falling Into Infinity and Octavarium, such interesting releases, their underrated nature aside.

Perhaps also the band will revisit the an-evening-with concept next time around, because with such a massive and strong back-catalogue two hours just feel too short, especially if the focus is so heavy on the new(er) era of the band.