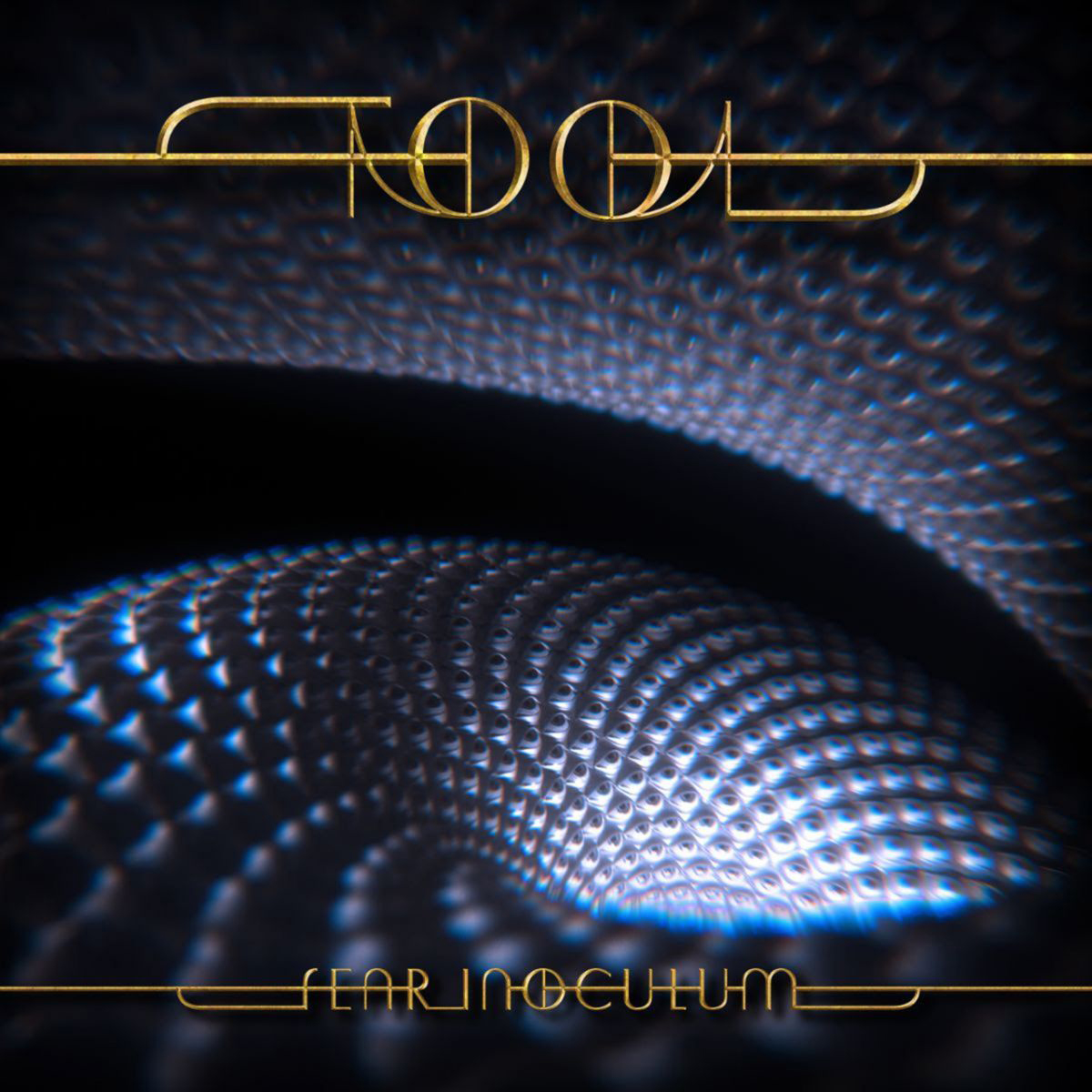 The previous Tool album came out 13 years ago and while that fact shouldn’t have any effect on expectations for the new album, it’s worth mentioning that that’s before world knew of smart phones. Chew on that for a second, if you would.

Back in 1996 the band released Ænima, an album that not only changed the prog genre for good, but also music in general. It’s follow-up Lateralus from 2001 further strengthened the band’s importance, while their latest release, 2006’s 10.000 Days, despite being a genuinely brilliant collection of music, fell short of achieving the same overall importance as its two predecessors. It did however cement the importance of this band and even elevated their commercial success.

Since then band members have been involved in numerous projects, most noticeably Maynard James Keenan’s side-project A Perfect Circle released their long-waited album Eat The Elephant and among the many things drummer Danny Carey was involved in, Legend of the Seagullmen is particularly worth mentioning.

The visual aspects have always been important aspect of Tool experience and this release of course delivers something unique and basically not seen before. The outstanding artwork draws parallels to some of the most prominent trademarks of the previous Tool releases. The uniqueness of Fear Inoculum packaging lies, however, mostly in the fact that it also features a small screen, speaker and charger. The screen itself is a cool gimmick with some beautiful Alex Grey visuals. Those will, however work much better when experienced on big screen, most likely, at future Tool-shows. It’s worth mentioning that the music will only be physically released in limited edition CD. To start with at least. It’s hard imagining that the regular CD and vinyl are not coming at later point. Another somewhat odd decision, taking the current IN-status of the vinyl.

But the first new Tool album to come since the invention of smartphones and with that streaming of music doesn’t play by the rules of the music world and music industry anno 2019. Not only are songs longer than ever, despite countless studies, which indicate that concentration span in this  time and age is lower than ever. On top of all that the concept of album is becoming less and less relevant in the conscience of the general public. Tool are, of course, going their own way, not doing what’s expected from them or what might be perceived as common sense. And why shouldn’t they? They pursued the very same approach throughout their career and that resulted in a career that is as filled with commercial success as it is with critical praise.

Fear Inoculum is like its predecessor produced by Joe Baressi and production is perfectly executed and familiar, leaning against its predecessor, with couple of aspects standing out. First of all, the drums sound is placed somewhere between Laterlaus and 10.000 Days, which is fortunate, because later of the two did lack some of the Danny Carey’s DNA sound. Secondly, the drums and bass are pushed additionally up in the mix, which isn’t necessarily a good thing.

Musically Fear Inoculum sees the band, who was never shy of creating long songs, going a step further and creating an album with only the instrumental “Chocolate Chip Trip” clicking under 10-minute mark. Tool’s music has always craved massive dose of investment from the listener and maybe even more so on an album consisting of such long songs.

The musical form and even genre, which band created in late 90’s and early 00’s was a backbone of their 10.000 Days release, which didn’t truly bring another musical revolution, but built further on what they’ve developed on those two pivotal releases. The case is the same with Fear Inoculum. The band builds further on terms created then, without going in a completely different direction, but while the new album might be using familiar ingredients the overall feel and atmosphere of the album is rather different.

After first couple of spins of the record the feeling is that of familiarity, but also confusion. The longs songs crave a lot from the listener despite often including distinctive Tool elements. Songs flow seamlessly into another, but at first glance they also seem fairly alike. It takes solid dose of patience and immersion to dive into all the dynamics and nuances of the songs and as such the album as a whole. The familiarity comes from band often using their trademarks elements, but the overall expression is noticeably more expansive, and entrancing and the end result bears even more atmospheric mark.

Initially the album might seem fairly approachable, which it also is, but the true magic really unfolds after some 4-5 spins when the dense layering begins to unfold. And from that point on, there is no coming back. The spine that holds it all is still there and just as important, but the layering, the sheers genius of arrangements and all the musical elements bouncing off each other is what breathes life into the music. All these elements make the music truly unfold.

For the most part the songs are initially driven by bass and drums, with guitars coming on top and vocals slightly pulled back. As such the overall sounds fits well with band’s sound approach at the current tour. Pulling vocals back a bit is not necessarily a positive decision on the album and especially live. It does take something from the performance of one of the most distinctive vocalists when they are pushed bit back.

And speaking of Keenan, his performance bears mark of his work with A Perfect Circle, meaning that this time around is more rounded and softer than what we associate with his Tool performances. At the same time the performance bears plenty of Tool DNA thanks to the rhythmic approach of the performance. It’s virtually impossible for Keenan not do deliver great and even chilling performance, but dropping some aggressive, more intense and even harsh vocals does take some of the dynamics and unpredictability from his performance.

The album too lacks some of the more directly intense and heavy parts that we know, not only from the generally heavier songs such as “Hooker With a Penis” and “Ticks & Leeches”, but especially from those eruptions that would occur in generally quitter songs such as “Pushit” and “Reflection”. Few songs on the album could’ve used such grand finale or mid-section to truly bend the songs.

Another aspect that could’ve have been avoided is the above mentioned instrumental “Chocolate Chip Trip”, which spoils the flow of the album due to its almost goofy nature. Tool have always experimented with weird interludes, instrumentals and such, and for the most part they managed to get away with it, nonetheless on Ænima where each such piece simply worked perfectly. The band has a long history of fucking with their audience and this might just be their way of having fun with us, but this time it not only doesn’t work, but it spoils such a dazzling flow of the album. On the other hand, the closer “7empest” with his significantly heavier nature serves almost as as encore and if you really try you can see the “Chocolate Chip Trip” as a break before the encore. It’s a bit of a stretch, but still.

Fear Inoculum craved a lot form its creators and it craves a lot form the listeners as well. Those unwilling or unable to invest time and focus will not discover the real quality of the album and importance of boldness that it displays.

In age where artist often do whatever it takes to fit their music in rapidly changing trends and expectations as well as decreasing income from music sales, Tool is sticking to their guns by doing what they want, ever since they signed their first major deal. Few manage to succeed by their own terms and at the same time change the landscape of an art form. Pink Floyd has done it. In 2019 Tool is still doing it.