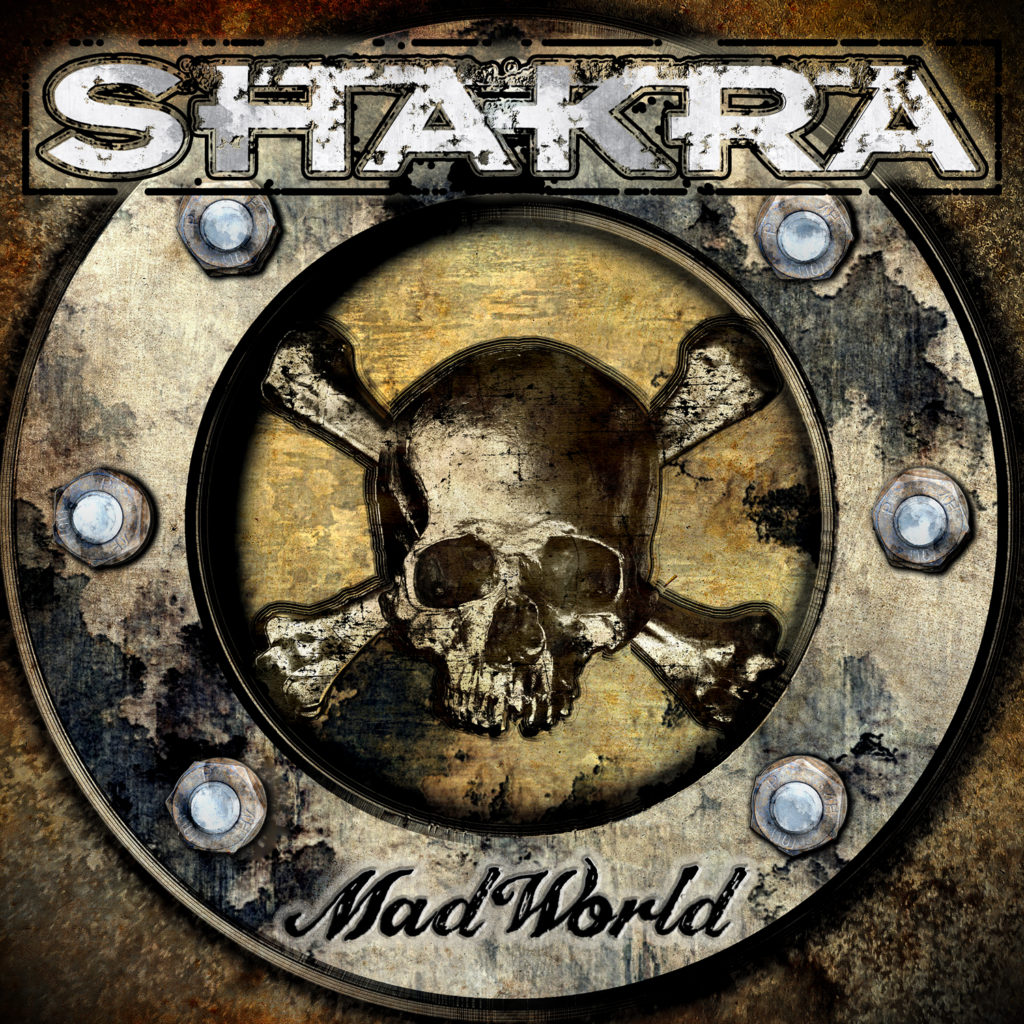 2016’s High Noon, saw the return of Mark Fox as a frontman of Shakra after band’s rather solid two-album run with singer John Prakesh. The return might not have been as strong as one could’ve hoped, taking into consideration that the band released their absolute career highlight Everest, with Fox right before his exit.

Band’s last release, Snakes & Ladders, was yet another solid release by this rather consistent band. It never really came to match Everest’s level, but it was a very good album and a definite step up from High Noon.

Now the band is ready with their twelfth studio album Mad World. Shakra doesn’t really change their formula much, which is one of their strengths, because people know what to expect from the band and nonetheless, they know that Shakra will deliver. The degree might oscillate, but deliver, nevertheless.

Mad World sees the band continuing down the well-established path on another well-produced, big sounding record with better balanced drum sound than the case was on its predecessor. Musically the band is deep within their comfort zone of ‘80’s inspired hard rocking power metal, but this time around the band gets noticeably deeper into the more classic rock inspirations, with majority of songs, actually, bearing more of at 70’s feel especially when it comes to guitars. Now this isn’t all that big of a change takin into consideration that many 80’s acts who influenced Shakra have their roots deep into 70’s, whether they like to admit it or not.

This approach gives the music bit more of a jammy feel, but thanks to the big production, guitar solos and overall approach, Mad World never feels like anything more or less than a Shakra record.

At the same time, it feels also like a bit more focused Shakra record with a very clear direction. There is no attempt at including those bigger more epic songs like “Dream of Mankind” or “The Journey” and we have to head over to the very end of the record to find a ballad in form of somewhat bland “New Tomorrow”.

Focus in undeniably on simple and effective songs that for the most part clock around 3-4 minutes. This gives the album good grip on the listener, and the likes of title-track and “When It All Falls Down” works particularly well. But it’s also one of the album’s weaknesses, because most of the songs resemble one-another and even some 6-7 spins later the feeling of good flow is rather tainted by the lack of distinctiveness of the songs.

Generally songwriting is solid and energetic with Thom Bluiner’s leads that are as sharp as ever, often giving the songs delicate, much needed twist. Hooks and melodies are plenty, but razor-sharp melodies with minor, but very important twists are few and far in-between. And it’s those details that together with Bluiner’s guitar solos are the spice that gives the band’s music edge and dynamics.

On Mad World Shakra delivers. It’s just what they do, but on this time around they do that in a less convincing manner.