Trivium – What The Dead Men Say 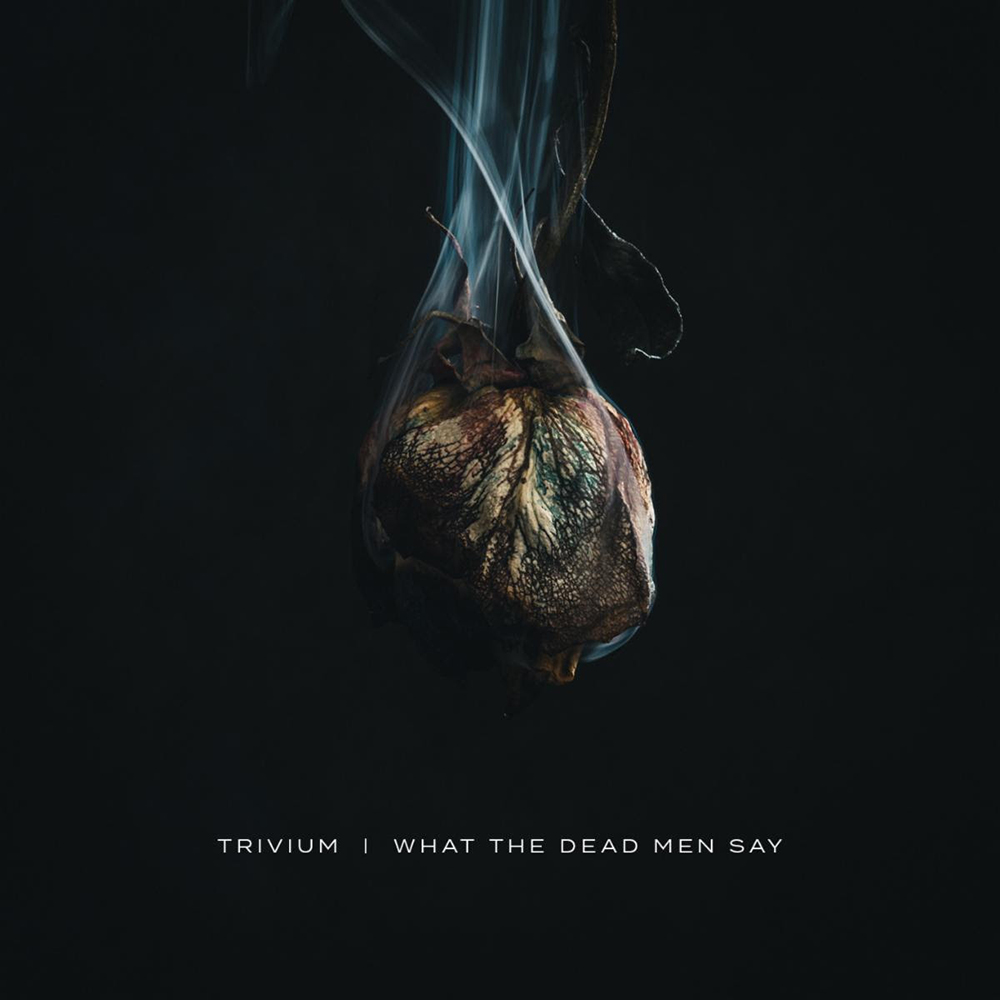 It seems ages ago that Trivium busted onto the scene with their breakthrough album, Ascendancy, but it has actually only been fifteen years since. Ever since the band has been very productive and what seems perpetually on tour. Another reason why it might feel like they have been around for longer time might be because since 2005 they have released eight albums that managed to maintain the quality level. Ascendancy put the band on the map, with even tabloid magazines deeming them “new-Metallica”, which is of course a statement preposterous on numerous levels. But Metallica was of course always big influence on this band and that album was truly an impressive display of Trivium’s potential and nonetheless Mayt Heafy’s songwriting talents. At only age of 19 he wrote an album like that and even served as one of four songwriters (other three being Robb Flynn, Dino Cazares and Joey Jordison) on Roadrunner Records’ album Roadrunner United created to celebrate the record company’s 25-year anniversary. Already year later Trivium released a new album.

The band has since released one solid album after another and even experimented a bit with they sound along the way. One of the most important aspects of all those albums is the songwriting quality that never really suffered, whatever band may have been doing stylistically. Big part of the songwriting qualities are in Heafy’s melodies that despite sticking to similar formula for the most part do work very well on the albums as well as in the live setting, which is a very important aspect of this band.

Trivium’s previous album, the 2017’s The Sin And The Sentence, saw the band hiring uet another drummer in form of Alex Bent. His addition to the band seemed to give the band some peace after changing drummers almost on album basis. It has most definitely also given the band some of the edge back. In its gist the album might not have been noticeably better than couple of its predecessors, but the fired-up material and more extreme approach was welcomed by the band long-time fans and critics alike. The Sin And The Sentence was a very strong record and it simply had that “back on track” aura about it.

With Bent, not only, still in the band, but also as a clear part of it, Trivium’s ninth album, predictably picks up where The Sin And The Sentence left off, meaning that it at least just as fierceful album, where band has dialled up for their heavy and progressive sides.

Also, production-wise the band focuses on that very clean compressed sound, which most certainly does make everything stand sharply, but unfortunately it also takes some of the warmth and dynamics out of the material. And that’s pity, because many of the melodies have fine emotional quality to them. The kind of surgical sound the band goes for these days might be suiting for metal core bands, but Trivium is very much a heavy metal band.

And as for Bent, he has proved his worth on the predecessor, but his outstanding technical skills are much more in focus on What The Dead Men Say, with band basically letting the kid off his leash and perhaps even encouraging him to go completely berserk. And berserk he goes. In fact, to such a degree that it spoils the experience of this album. His technical abilities are staggering, and creativity is unrelenting, but the problem is that, that doesn’t necessarily serve the songs. Actually, on the contrary even after 6-7 spins of the new album the drumming takes too much focus and comes across as someone playing anything they can on top of a collection of songs. Fair is fair, there is not a single song where Bent doesn’t play something utterly brilliant, something that serves the song in often a unpredictable way and as such ads a twist to the songs. This is where he shines, but unfortunately the overall feeling is that of drums detached from the rest of the music. Add to that the über-clean production and it simply becomes wearying and spoils the experience.

Otherwise the band does what they do best, meaning that they deliver really fired-up version of Trivium with endless melodic hooks, perpetual parade of riffs and slick guitar solos. Heafy delivers a diverse vocal performance ranging from growls to as catchy as it gets and on the likes of “Catastrophist” and “Scattering the Ashes” he adds minor twists to the melodies which make them stand out.
Things are much as they should be and had production featured some of the sonic vitality known from Shogun or The Crusade and had they put bit of a shorter leash on the drummer, this would’ve been far more enjoyable experience. Still, just like the case is with their live shows, the band’s releases come with basic certainty of solid quality level and hardly any risk of being disappointed.