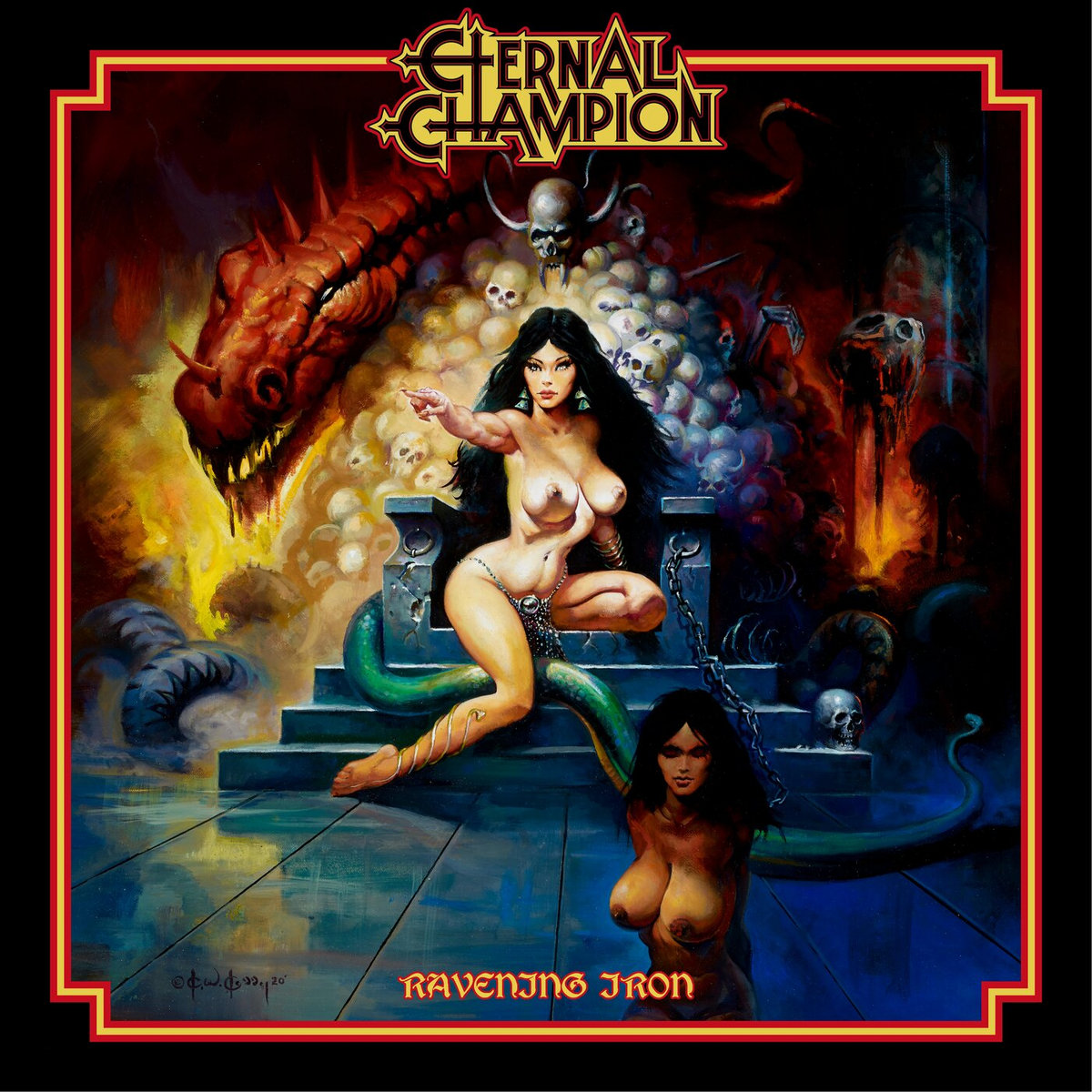 Back in the very beginning of the 90’s denim vests with band patches became the lamest thing ever, basically from day to day, but as with everything else, couple of decades later they made their return deemed as the coolest thing ever, with even global reality and pop stars supporting them with their vintage-look heavy metal band t-shirts.

Obviously, the image return also sparked the interest in those old heavy metal bands, giving a second life to many of them also resulting in endless line of reunions. Another thing that happened is that a virtual tsunami of new bands pressed their way into the spotlight. Common for majority of these bands is that they are overwhelmingly inspired by the 70’s and 80’s heavy metal and often doing anything in their power to sound and look exactly like those bands did back in the day. Some chose the path of giving a homage to their heroes by essentially serving as cover bands who don’t play covers, while others took the heavy inspiration and added it their own twist, making them undeniably retro, but also somewhat unique and their own.

Texas-based Eternal Champion belong in the first group. There isn’t much experimenting going on, like it is on this year’s retro infused releases by for instance, Aktor and Spell.
Eternal Champion are all about paying homage to the early days of heavy metal picking up the best from the first wave of heavy metal in UK, USA and Germany and grinding it all into one imposing piece of metal.

But there is something that differentiate this band from endless line of others coming out in past few years. First of all, it’s their songwriting which is simply outstanding. Then there are melodies that apart from being good and catchy also have a brilliant sense for detail. And last but not least comes the impeccable understanding of the interchange between the guitars and those vocal melodies. This results in fresh feel to otherwise dusty and retro overall approach.

In 2016 the band took the underground critics by storm with the release of their debut The Armor of Ire, harvesting basically nothing, but praise. Four years later the band is ready with the follow-up, or to use the (perhaps suitable) cliché – the difficult second album.

With above approach written in stone, or rather in metal, and the critical praise it received, it comes as no surprise that Ravening Iron continues in same vein. The sound, however, is noticeably bigger with dash of more polish, but fear not, the raw, retro sound is still the main ingredients of Ravening Iron’s soundscape. The cassette tape characteristic of the debut is not as defining on the new album, but rawness is still major factor in the overall sound.

“A Face in the Glare” and title track open the album with fire and fury and piles of understated creativity that makes all the difference and make these openers simply staggering. “Skullseeker” is more of a typical mid-tempo anthem, and rock-solid at that. “War at the Edge of the End” is one of the highlights on the album despite it being a re-recording of band’s 2013 single.
It’s smooth sailing for the rest of the album as well, but the second half of the record does find it harder to impress equivalently.

And comparing it to the debut album one comes with couple of significant realizations. Both albums sound great and while they both do rest on similar principles, the sound that would be somewhat even mixture of the two would perhaps serve the band best. Both albums are short, yet epic in their form and both albums are packed with great songs. Both albums, however, also have few songs that don’t quite match the high level of the rest of the album. If that “fat” was trimmed from both albums and the rest packed on one album the result would be near-perfect record. But then again, so much greatness from Eternal Champion packed in one, would perhaps result in our heads exploding.

So, for now let’s just be grateful that the band with their sophomore release rose to the occasion delivering a great album to conclude this year and perhaps even make it to some Top 10 of the year lists.