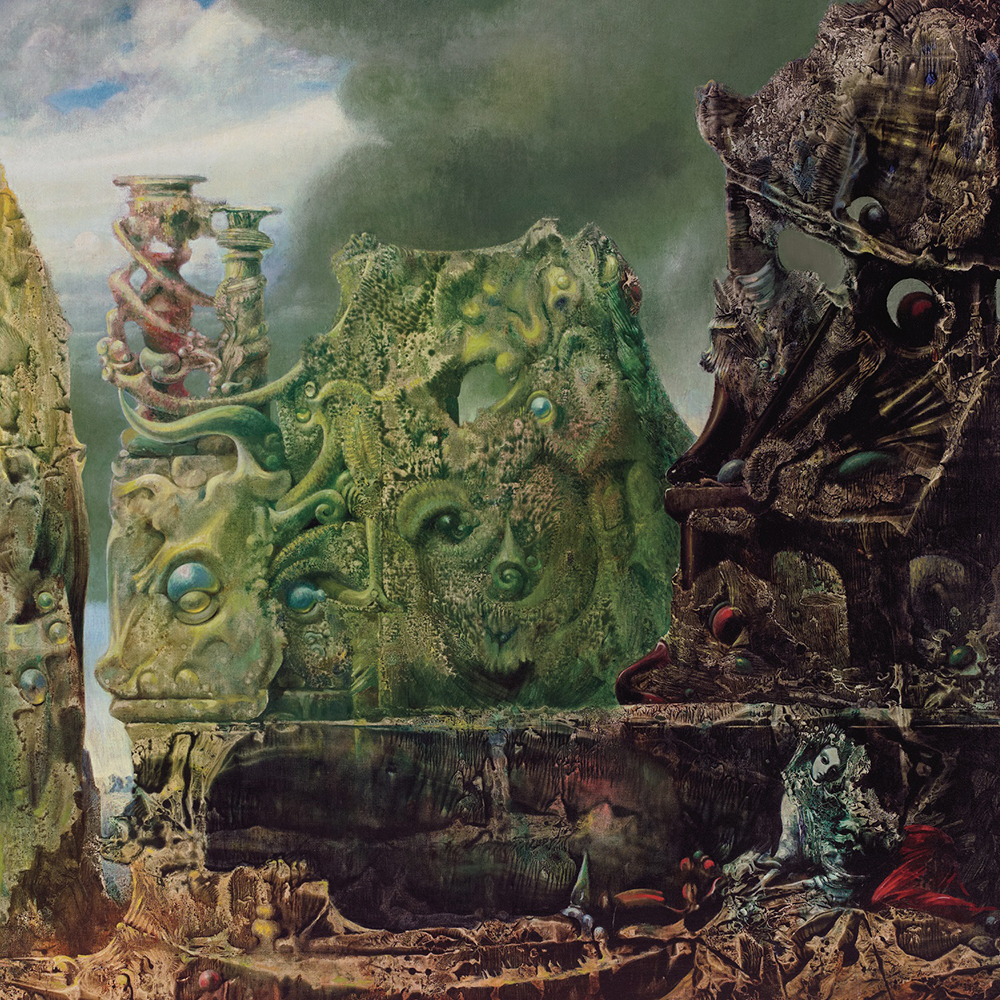 Third full length album from Canadian rockers Spell, sees them delivering a collection of music with more identity and the overall professional feel, while at the same time staying true to all of their tidemarks.
So, this is still a 70’s inspired psych heavy/rock, but with that rather crucial hypnotic dreamy feel. And that feel is a defining element of Spell’s music and aspect that separates them from rather obvious inspirations such as Blue Öyster Cult, Cauldron, Diamond Head and NWOBH in general. This aspect was hardly noticeable on their debut, but filled more on the follow-up For None and All.

On their third album, the band is set to shake off some of those numerous comparisons and dial up for what sets them apart and frankly, what’s one of their major strengths. Opulent Decay has far more of a dreamy feel with bit less of the raw classic metal feel of the previous two albums. The band achieved this by more rounded production that despite its raw qualities, is noticeably more polished than on the previous two albums.

Another major aspect is the overall feel and structures of the melodies, which have more of a hypnotizing quality to them. On top of that Opulent Decay features more tradeoff between band’s main vocalist/bassist Cam Mayhem and band’s second vocalist/drummer Lester. More room for Lester makes the melodies, and the album, more dynamic, which is particularly suiting. Also Mayhem’s vocals are improved significantly with far more balance. He focuses almost solely on his lower range, which also works well with the theme of the album.

The flow of the album is quite good as well, and the band even manages to slide almost seamlessly from rocking “Deceiver” into the heavily layered acapella that is “Ataraxia”.

Musically the band might be on fairly familiar grounds, which is important, but the new album marks the most diverse release from the band, even if the experimenting elements are often quite subtle. Therese are not used as some new radical direction for the band, but rather to underline the band’s own identity and add to its flavor and atmosphere.

Band’s previous album saw them working more on the atmosphere of their music and it was a big step from the 2014 debut Full Moon Sessions, which basically came across as a tribute to NWOBHM.
With Opulent Decay, Spell have managed to stay true to their very core, but at the same time the band has not only grown, but they have dared to put the unique elements of their music all the way in the front. The result is mesmerizing and an album that is not only their finest, but comparing to the previous two, simply in league of its own.