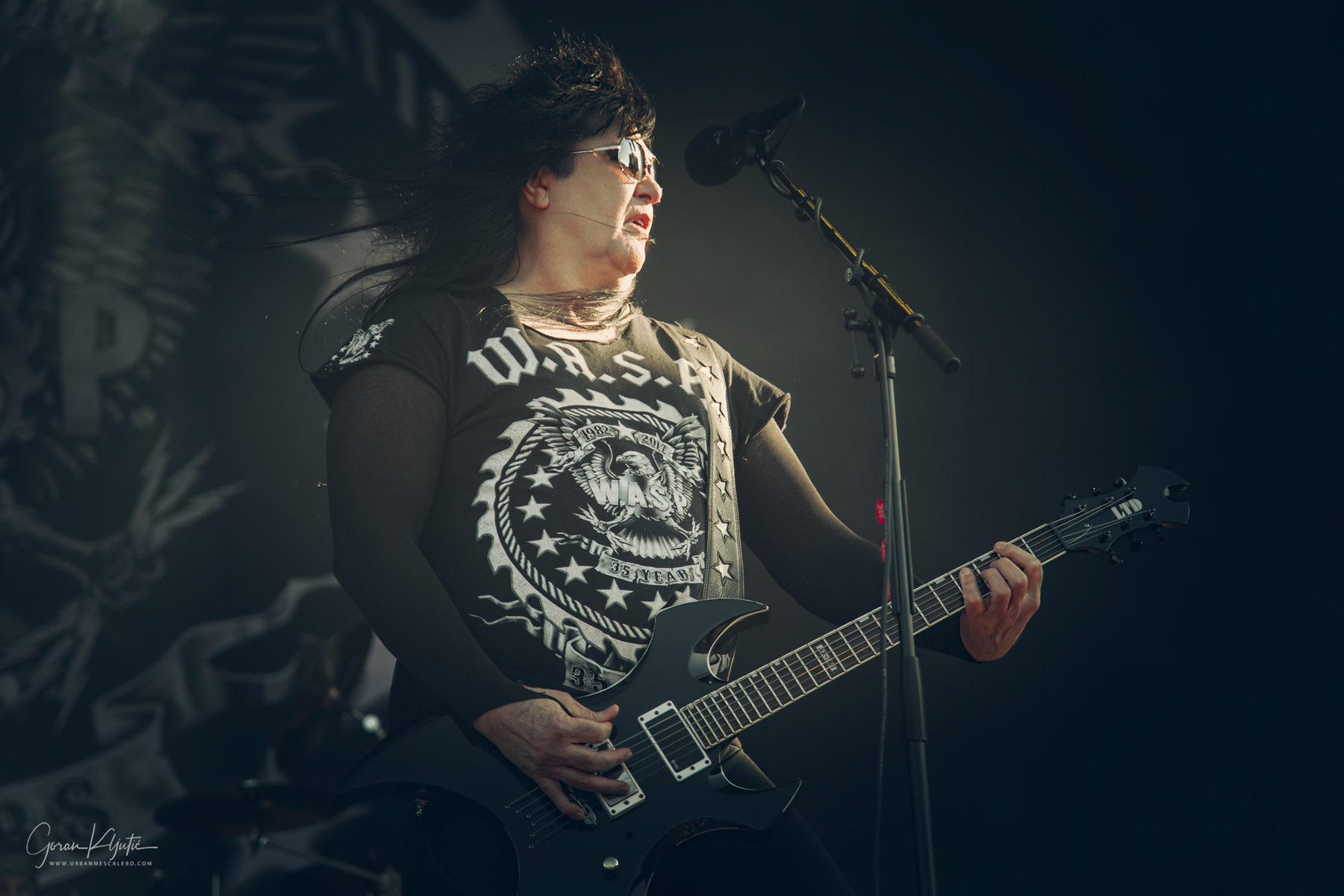 It has been almost three years since the release of W.A.S.P.’s latest album Golgotha, but the band has, much like since the release of critically acclaimed 2007’s Dominator, been touring endlessly. Earlier this year they have released the re-recorded version of band’s masterpiece “The Crimson Idol”, entitled ReIdolized (The Soundtrack to the Crimson Idol) and it gave the band another excuse for the band to tour with some form of focus on that albums. Truth be told, one of the main reasons for re-recording that album was the legal battle that prevented the band to release the movie which was filmed in the 90’s and has never been released.

Their appearance on Copenhell, however, wasn’t associated with The Idol, but rather a typical late afternoon greatest hits show.  The band was set to play the main stage at 6:45 PM after Steel Panther entertained the pants off the crowd with their ridiculousness, and on Hades scene locals Kellermensch fucked with everyone’s mind and delivered one of the best performances at this year’s Copenhell.

W.A.S.P. hit the stage hard with two song-medley in form of “On Your Knees” / “Inside the Electric”. It only took them couple of minutes to tweak the sound, but that didn’t help them much in grabbing a hold of the crowd, which in addition was almost half the size of that Steel Panther drew before them.

And it’s a pity because they played quite well and even thou the 61-year old Blackie Lawless’ voice has become somewhat weaker over the past few years, he still sounds quite good, all things considered. They also did their best to please the crowd with especially Doug Blair serving as a smiley on speed. And Doug is truly the highlight of this band live. Besides his unlimited amounts of positive energy, his playing is not only spot-on, but very emotional, which surely makes him the strongest lead guitarist the band has ever had, with a possible exception of Chris Holmes.

The limited time resulted in the band playing the ballad “The Idol” too early in the set and pulling another ballad “Heaven’s Hung in Black” shortly after.

Overall the band sounded good and they did what W.A.S.P. does, but it was somewhat of an autopilot ride and an uninvolved and unfamiliar crowd made the whole experience bland and at times bit uncomfortable.

The thighs finally picked up some by the time they played the closing two “Wild Child” and “I Wanna Be Somebody”, but by then it was too little too late. And not even because it was a safe greatest hits show, because we know that they can make those great as well.

Booking W.A.S.P. for this festival for the very first time was a great move, but placing them on Hades stage for a midnight spot where they could perform The Crimson Idol in its entirety with encore of handful of greatest hits would give the audience a show that would accurately represent the importance and legacy of W.A.S.P. on heavy metal music.