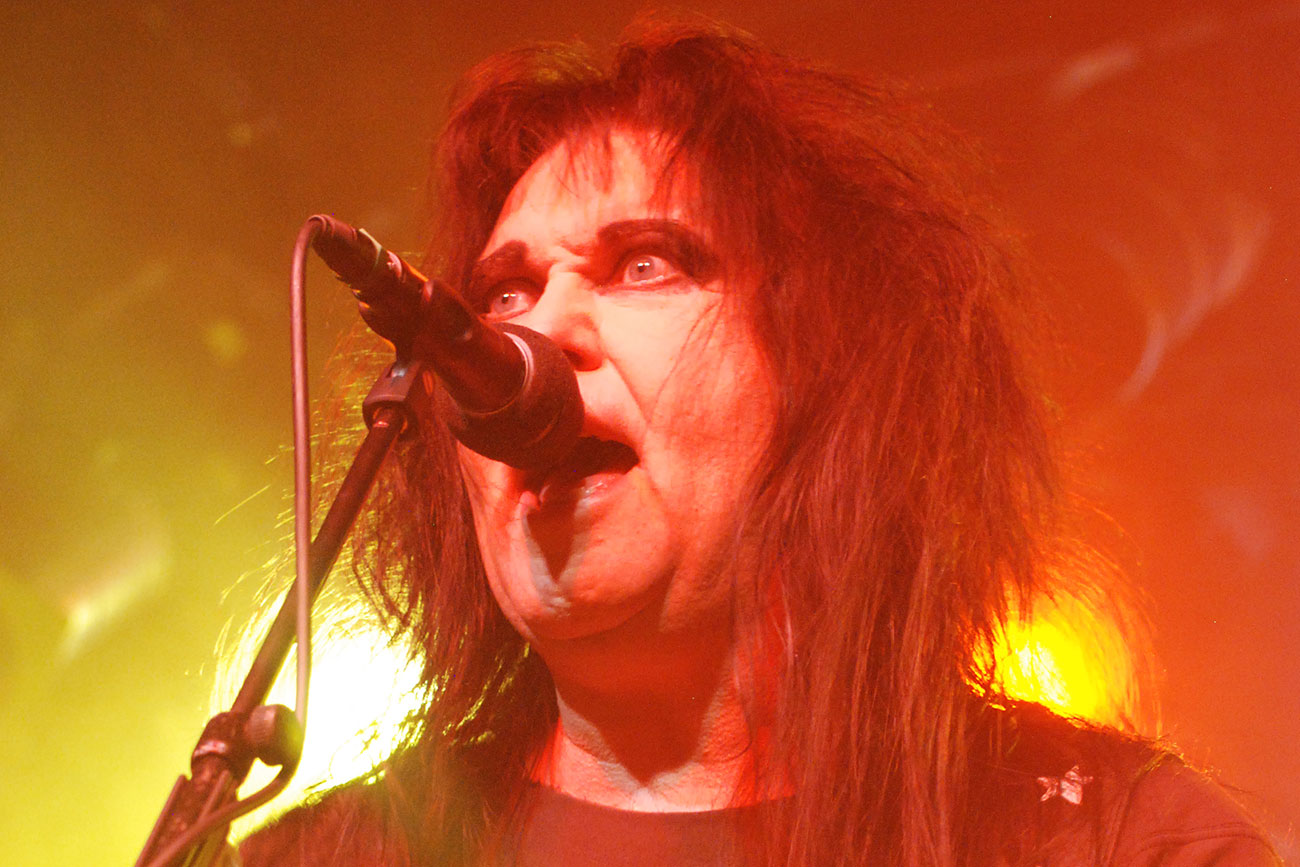 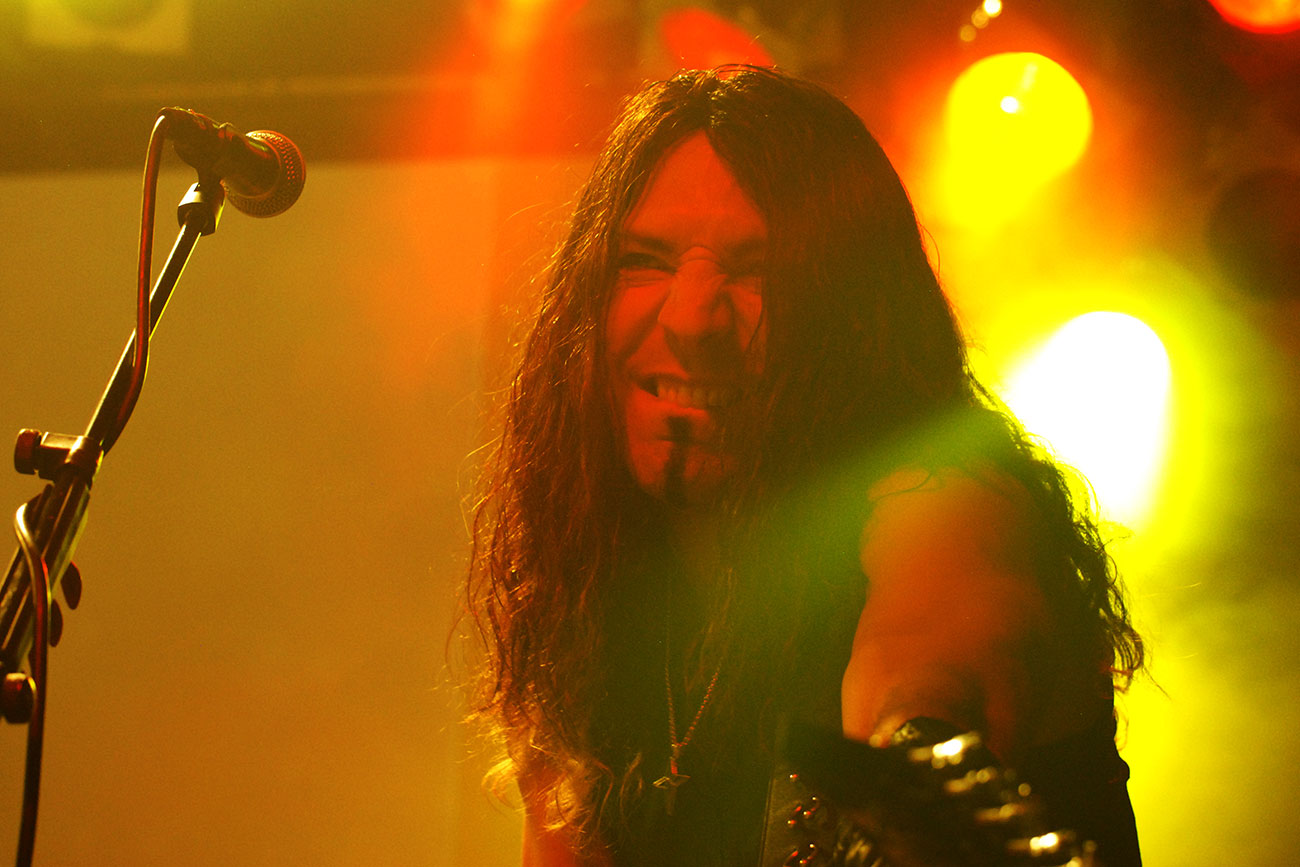 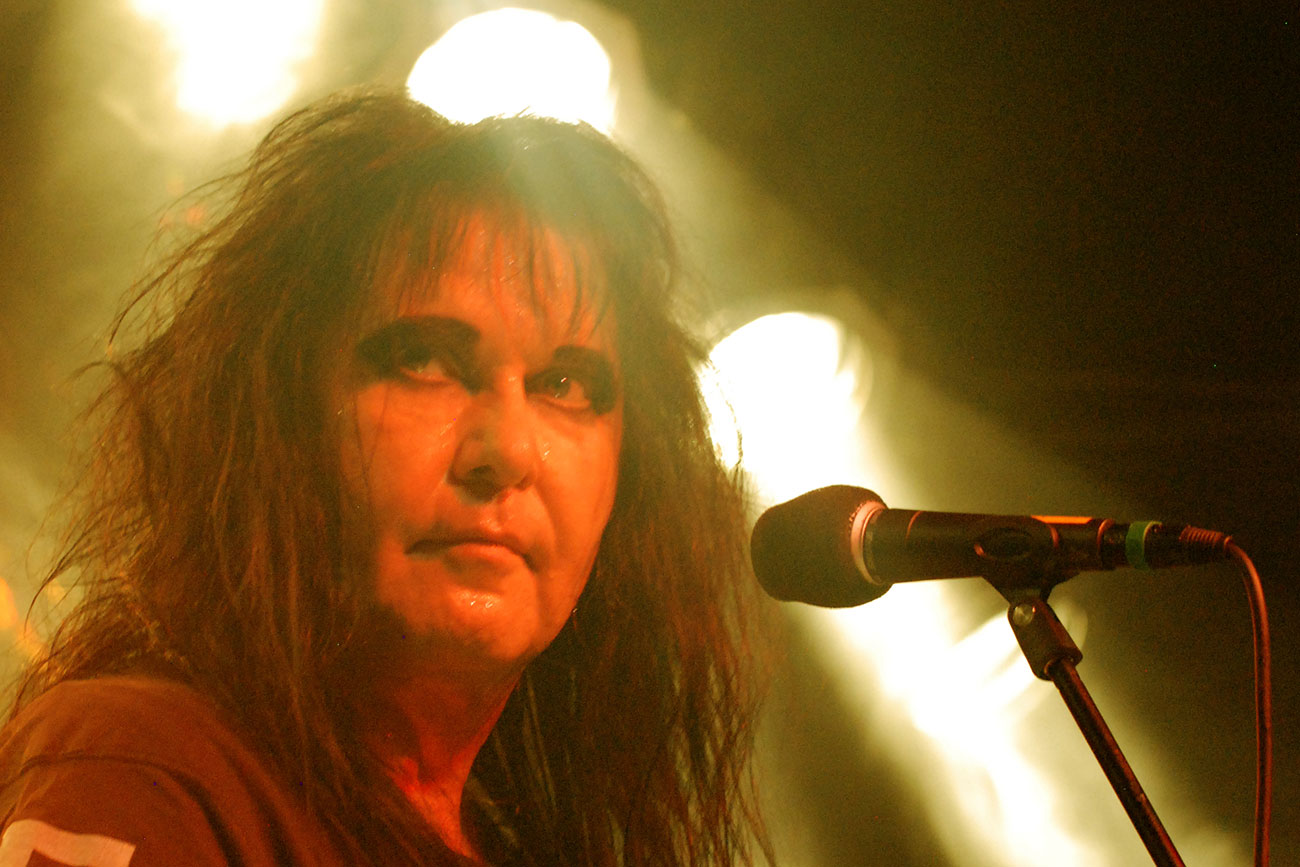 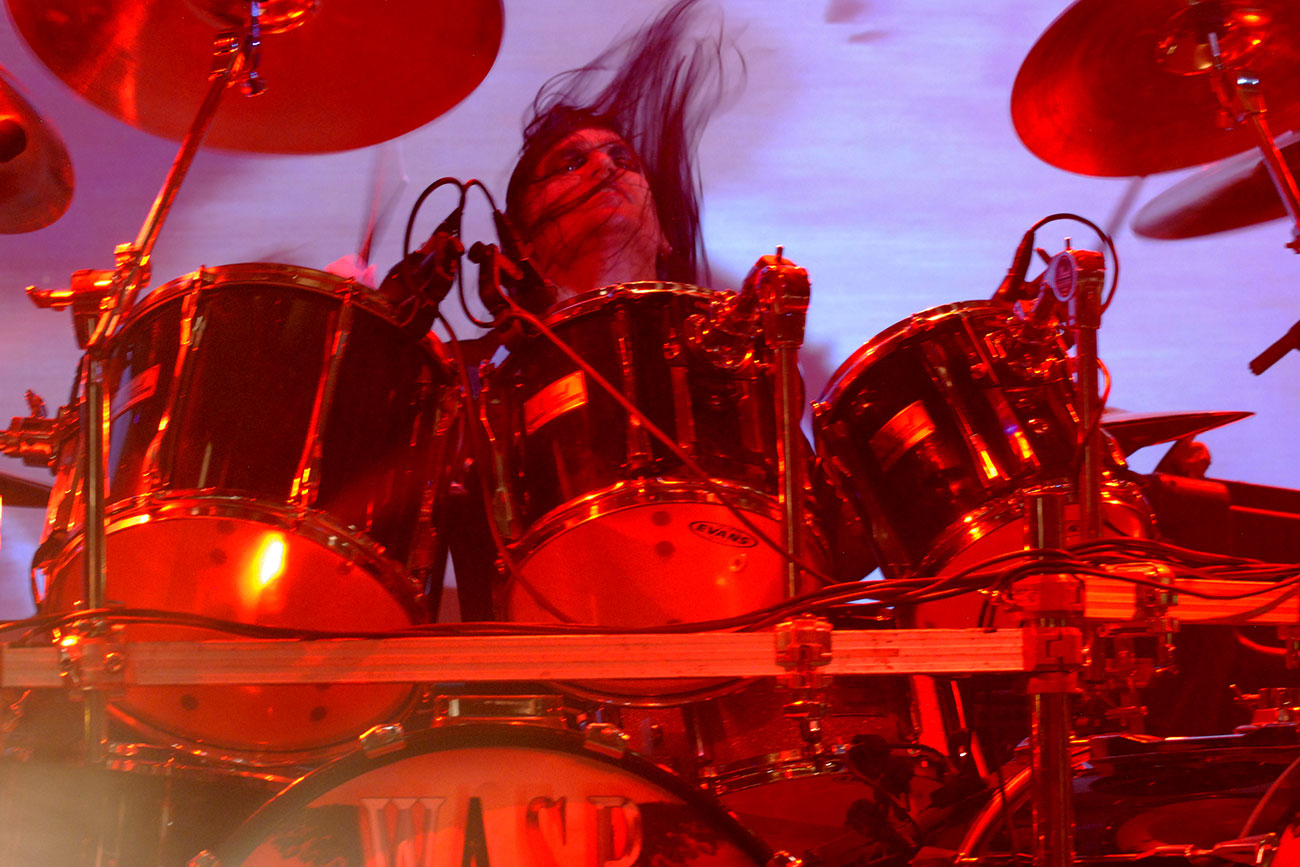 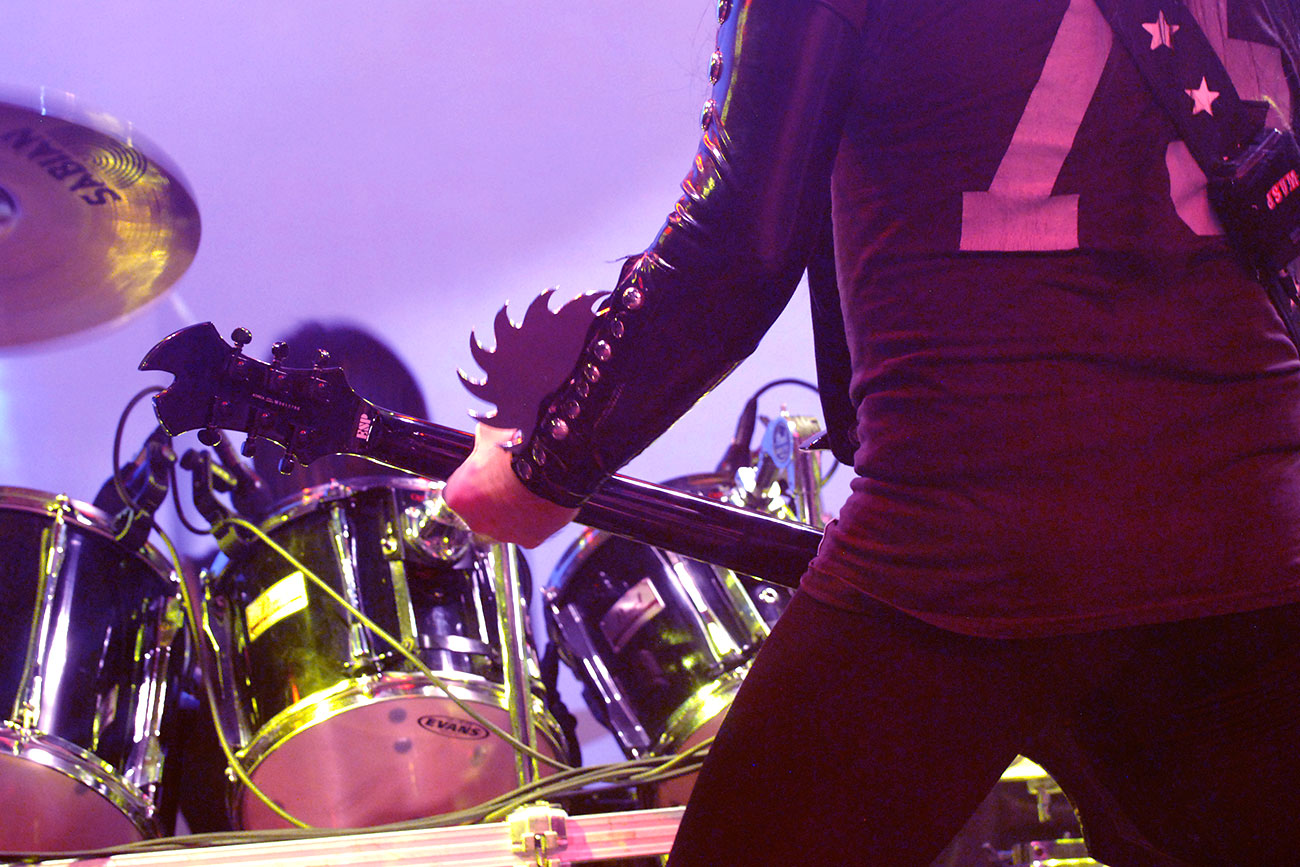 My first encounter with W.A.S.P. dates back to 1986 when I saw their Inside The Electric Circus LP displayed in the local record store and I thought that the guy with the huge hair and yellow spandex on the cover was just beyond cool.
I instantly got hooked on their music, but it was with the release of their 1989 masterpiece The Headless Children, that the band took my breath away and to this date this is one of my favorite 80’s metal albums.
The album saw the band coming out of their somewhat shallow view on songwriting and entering and an era of creating music that was rich on inspiration and good ideas – the band has reached another level. Since then the band has released a number of albums – experimenting with industrial metal, looking back at the rock roots and even trying to create an as outstanding concept album as the immortal The Crimson Idol. But somehow they never managed to match that golden period of the band’s history from 1989-1992.

For almost two decades now, Blackie Lawless has changed countless musicians and he still remains the only original member of the band, and while he basically is W.A.S.P., the importance of his band shouldn’t be underestimated. With the release of their previous album Dominator, W.A.S.P. had created one of their best albums in a decade and a half or so, none the less thanks to the great lineup, led by the outstanding guitar talent of Doug Blair whose guitar leads proudly stand next to the brightest guitar moments of the bands big heritage. Not surprisingly he got even more playtime on the last album Babylon and while Lawless has dropped any kind of experimenting with the music long time ago, the past two albums see the band creating some of their best music in a long time.
In support of their the latest album the band found its way to Kulturbolaget in Malmö, Sweden and I was determined to see them live for the first time, almost a quarter of a century after my first encounter with their music.

Kulturbolaget is a small venue with a huge tradition of finding some of the best and most divers acts around and this cold November evening place was almost sold out and the crowd was, to my surprise, almost equally divided into the older fans and the very young ones.

The band entered the stage to the sounds of “Mephisto Waltz”, which turned into shortened version of “On Your Knees” from their debut album. From the very start the sound was very good and the band was displaying confidence and energy, with Lawless charismatic presence, Mike Dupke hammering on the drums and Doug Blair looking like one big smiley. Only Mike Duda on bass looked bit distanced.

After few classic band played two tracks for their latest album Babylon, two best tracks off that album “Crazy” and “Babylon’s Burning”, which featured some of the best leads Doug Blair has recorded with W.A.S.P.
Generally looking he is just a pleasure to experience live not only because of his outstanding guitar skills, but also because of his enthusiasm, positive energy and contact with the crowd.
As the concert progressed Duda loosened up some and Lawless was more mobile and connecting more with the crowd, while still maintaining that larger then life attitude.

Highlights were too many to mention, but the part that started with “Arena Of Pleasure” and ended with crowd pleaser “I Wanna Be Somebody” was just perfect. “The Idol” got everybody singing and reaching for the skies and despite the almost constant decrease in sales it was pleasure to see people singing to every word of the newer songs like “Take Me Up” which proved to be a great live song.
The band left the stage only to return to play perfectly placed “Heaven’s Hung In Black” and the song that always closes their concerts “Blind In Texas”

85 minutes after they stepped on the stage the band left it, which seemed bit too early, none the less because they only played one song from their masterpiece The Headless Children. This seemed even more wrong knowing that they’ve played the title track on most of the other shows of this tour. In addition they haven’t played a single song from any of their seven albums released between 1995 and 2004.

W.A.S.P. played an outstanding gig in Malmö, but another 20-30 minutes would just make this a perfect live experience – rocking, emotional, nostalgic and hungry.