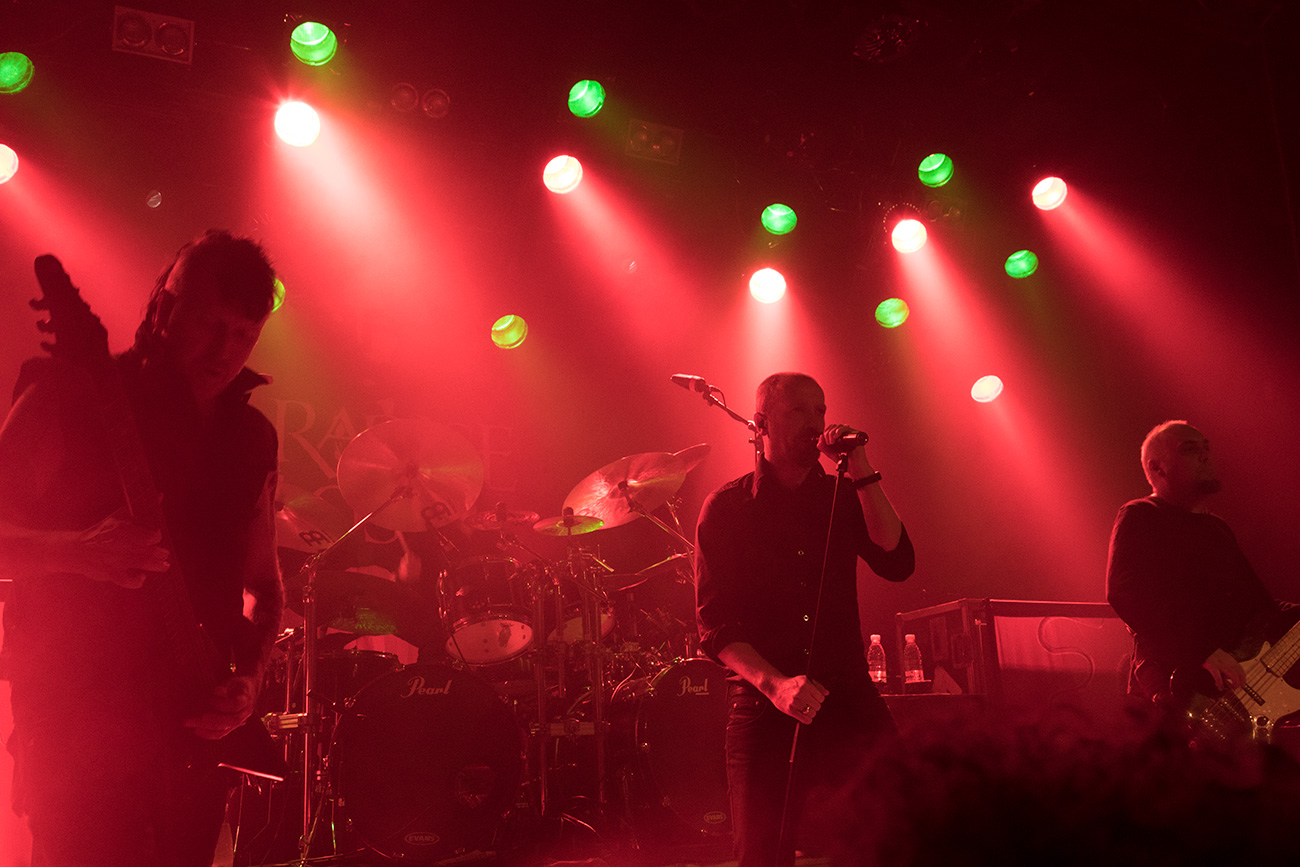 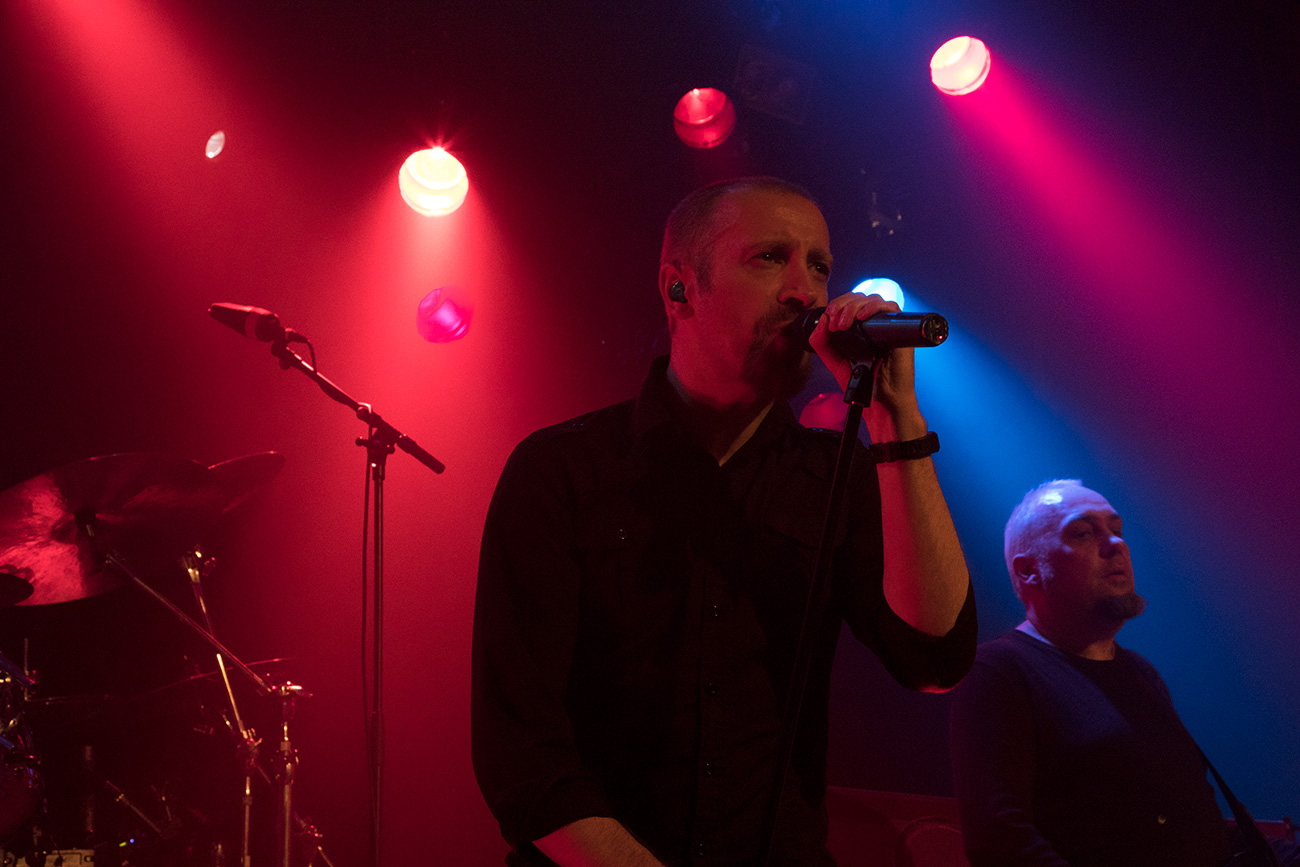 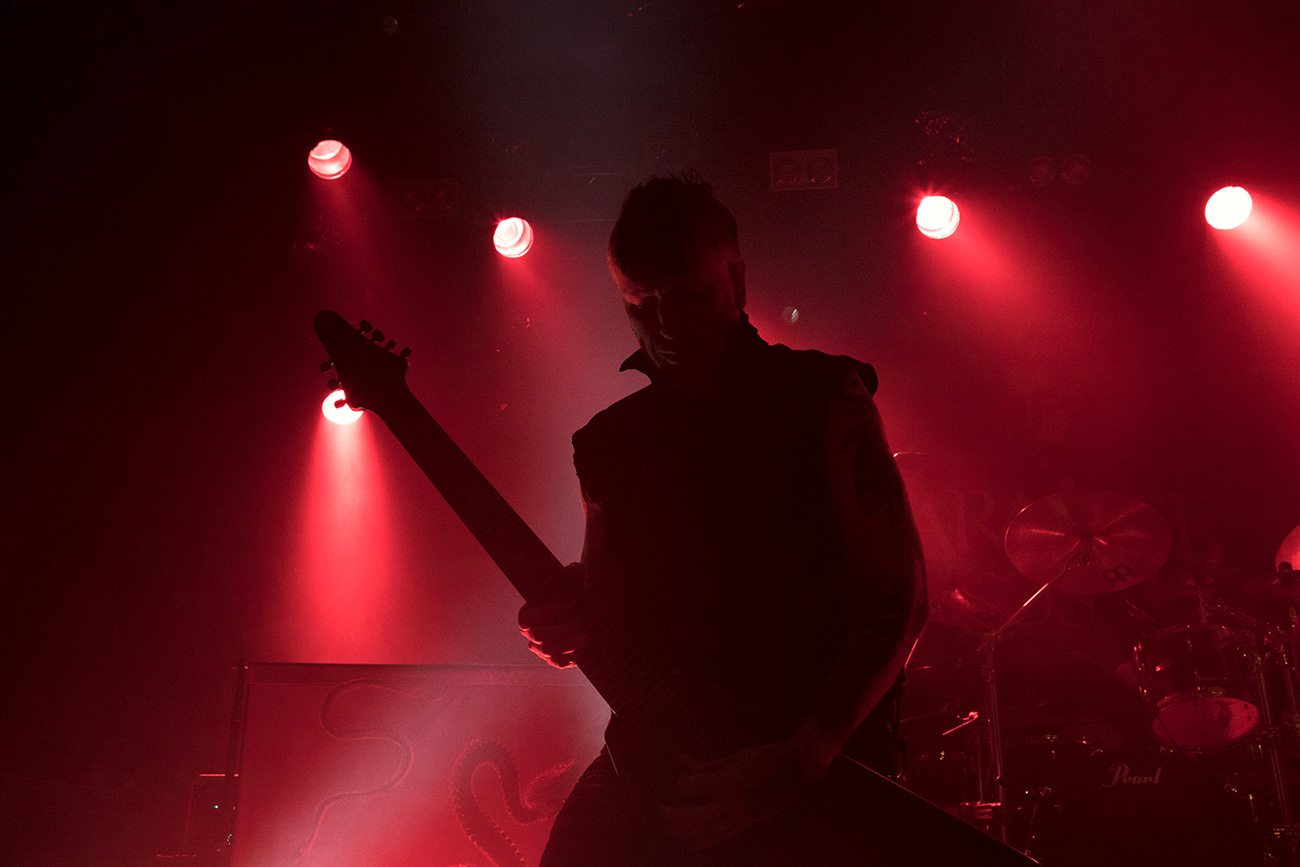 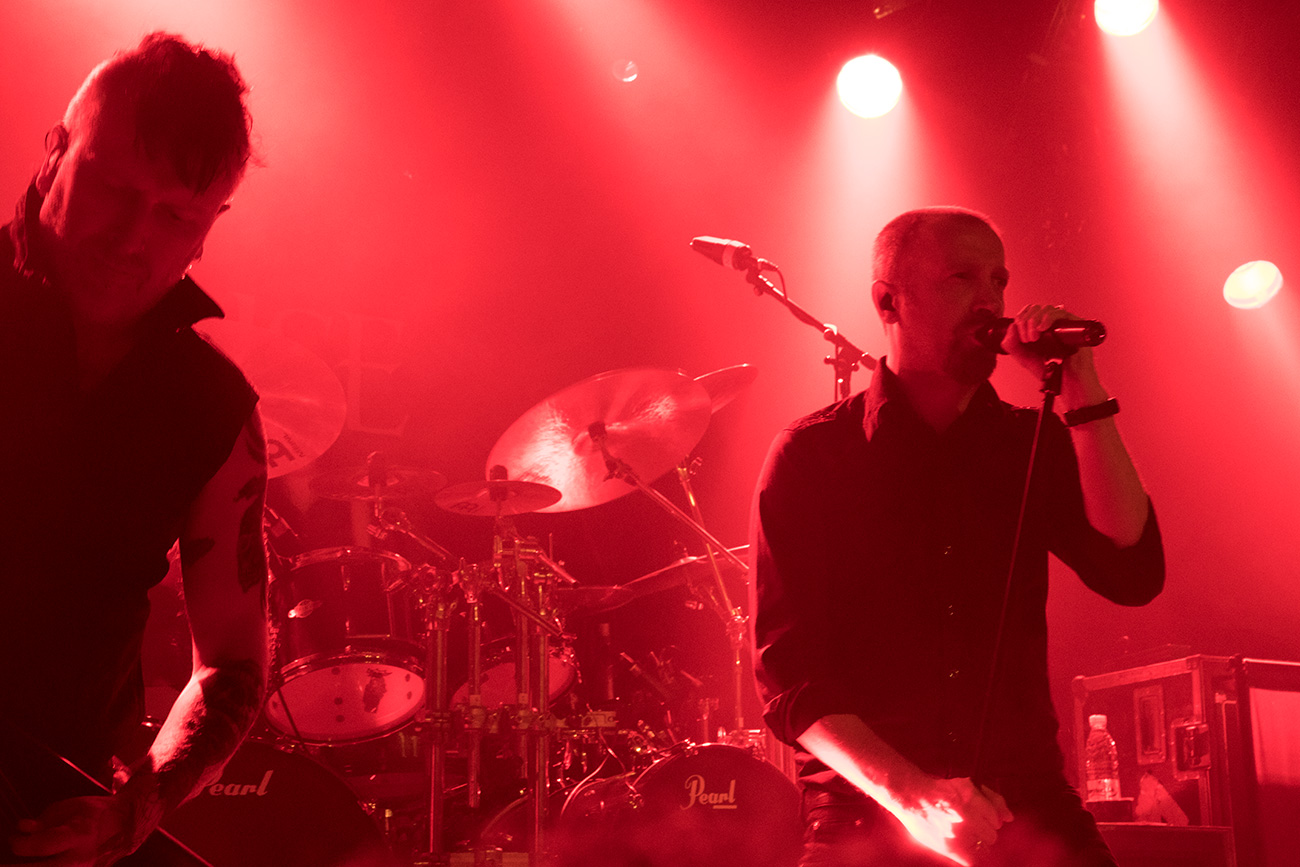 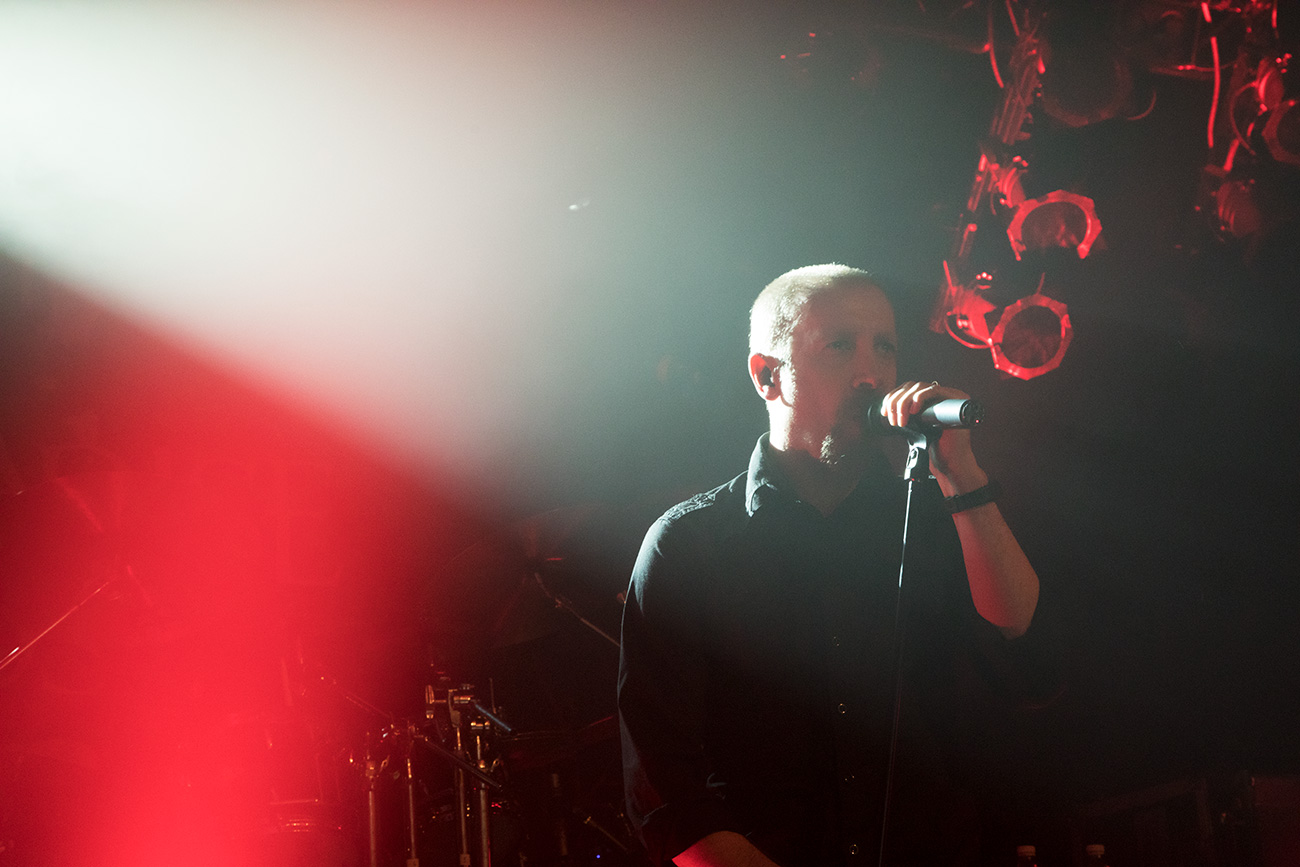 When band exists for (almost) three decades, their career can hardly go on without ups and downs, changes and growth. English icons in Paradise Lost are most certainly not an exception. Over the course of last few albums the band has been coming back closer and closer to their roots and their latest release Medusa, marks a full circle. But more importantly through experimenting, through numerous drummers and through ever-changing musical climate, Paradise Lost has with every single release maintained a healthy level of quality.While the band has over the years taken number of different direction, they always maintained undeniably Paradise Lost.

Only few shows into the new tour the band was set to play Copenhagen and the show was sold out a while in advance and that’s something the band hasn’t experienced in this city for over two decades. Judging from that it seems that the band must be doing something right with the direction of the last album.

And it was “Blood and Chaos” from the new album that served as a solid opener, which was followed by Paradise Lost’s ultimate live-track-number-two; “Remembrance”. After another new song and classic “One Second” it’s clear that band’s back-catalogue gels well live, despite the obvious diversity.

Throughout the entire show the sound was generally good, with the exception of Nick Holmes’ vocals which often got buried beneath the guitars and oddly, even beneath the backing tracks. This took some of the balance out of the show and washed-out some of the beauty from the likes of “An Eternity of Lies” and “Faith Divides Us – Death Unites Us”.

While this in itself is pity, it’s even more so taking into consideration that Holmes’ singing these days is some of the best of his entire career.

And speaking of Holmes, he was such a pleasure to experience this evening. In a way this performance reminded of that, which he delivered with Bloodbath couple of years ago at Copenhell festival, meaning that he was so much more vital and involved then he usually is. At Pumpehuset he was talking a lot and his dry humour came across as fun and enjoyable, rather than ironic and arrogant, which is often the case. He even told several anecdotes from the band’s visits to Copenhagen in the 90’s, but kept it short and to the point.

The rest of the band was fairly anonymous, which comes as no surprise. Still it’s hard to spot any form of enjoyment and involvement form bassist Stephen Edmondson, who is direct contrast to Aaron Aedy, who’s immersed in songs and very extrovert in-between them.

Setlist offered number of surprises such as “Dead Emotion” and “Shadowkings”, on the other hand it’s hard to imagine a Paradise Lost gig without “Say Just Words” and “The Last Time”. While it’s understandable that they can’t include all albums to the setlist a song or two from Paradise Lost, Host or Symbol Of Life would do add to the dynamics of the show. On the other hand they did play “Medusa” and “Beneath Broken Earth” which both served as some of the highlights of the show.

“No Hope in Sight” and “True Belief” were spot-on for the encore, while “Until the Grave” as the set closer did leave the things hanging, despite being one of the finest songs on the new album.