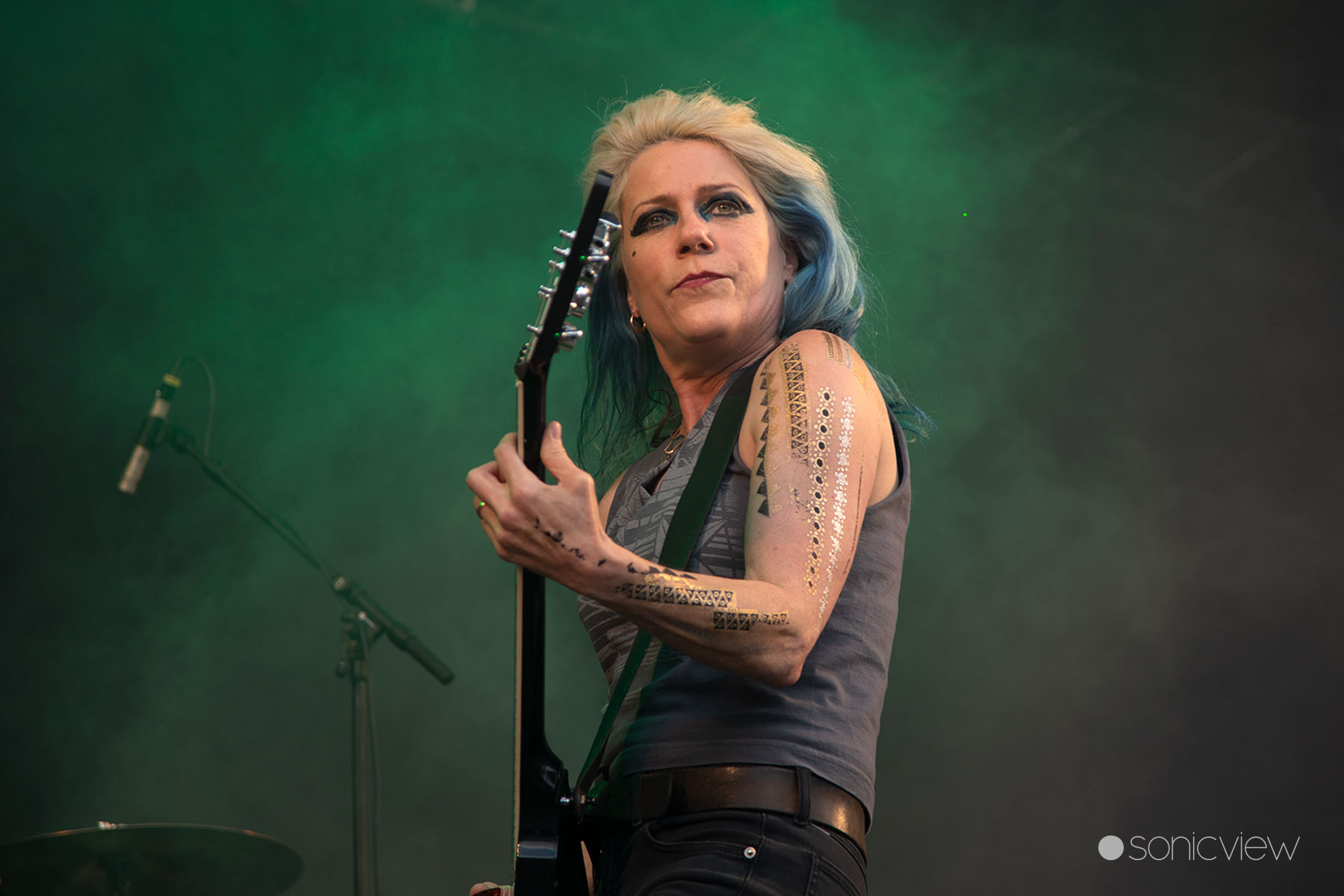 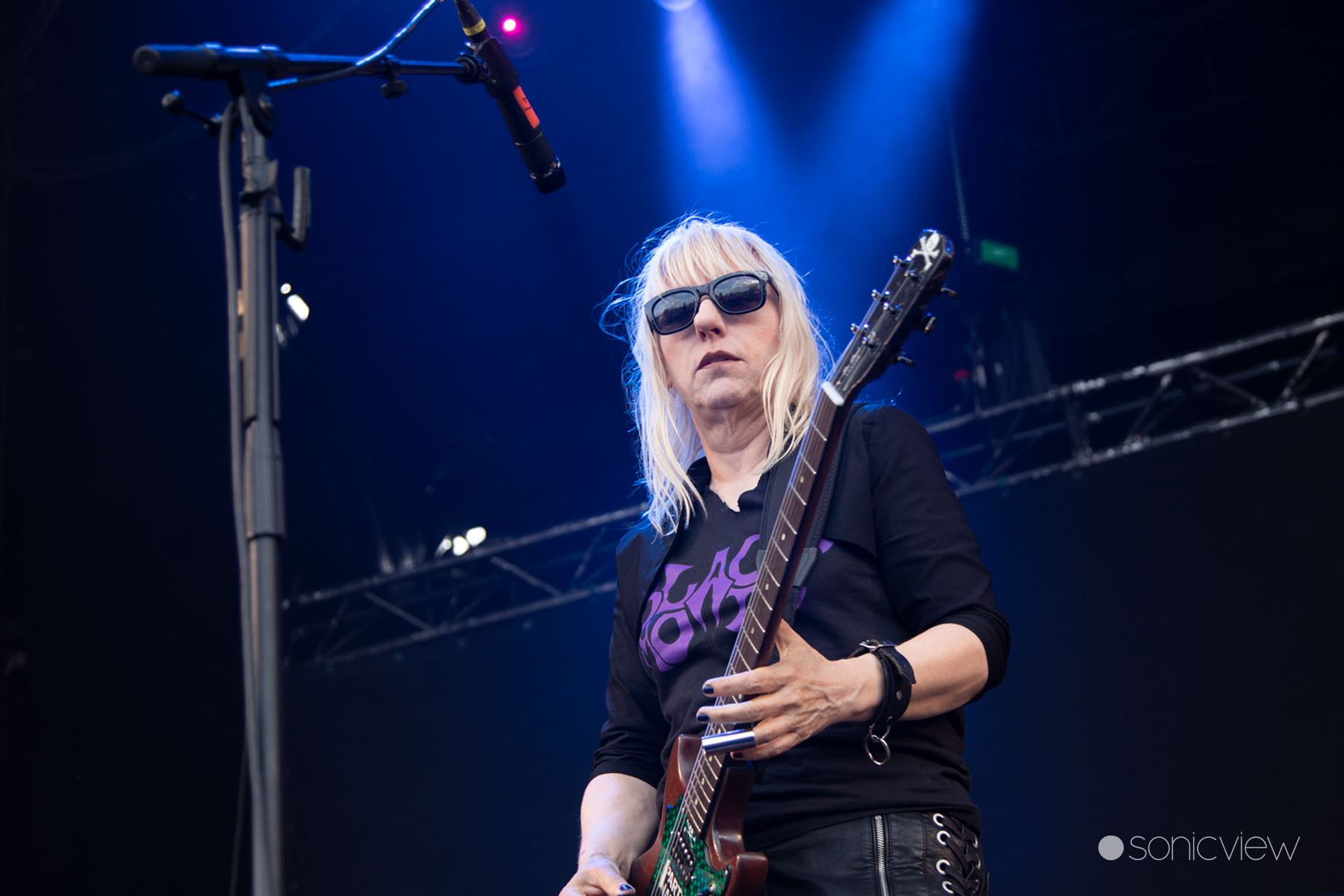 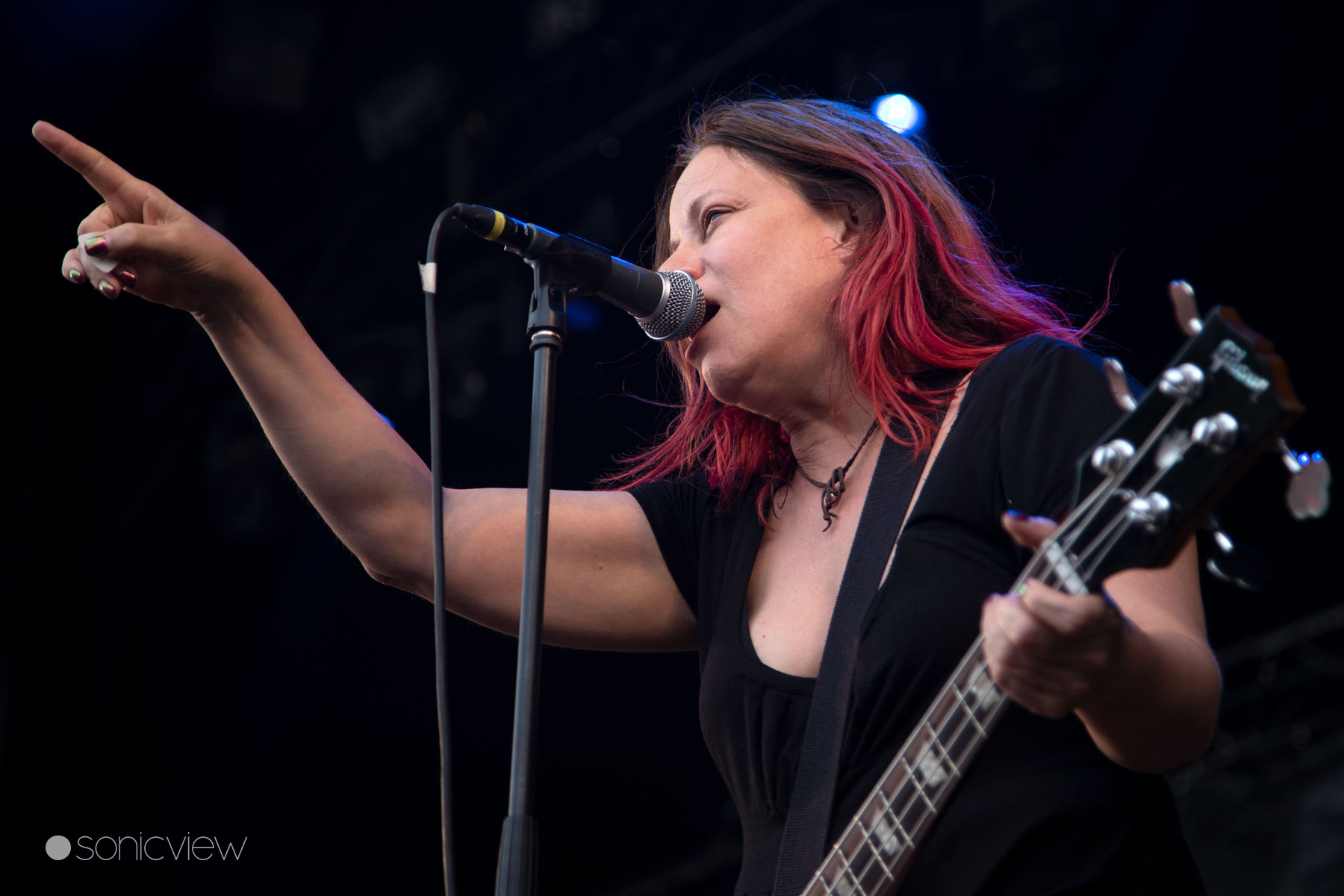 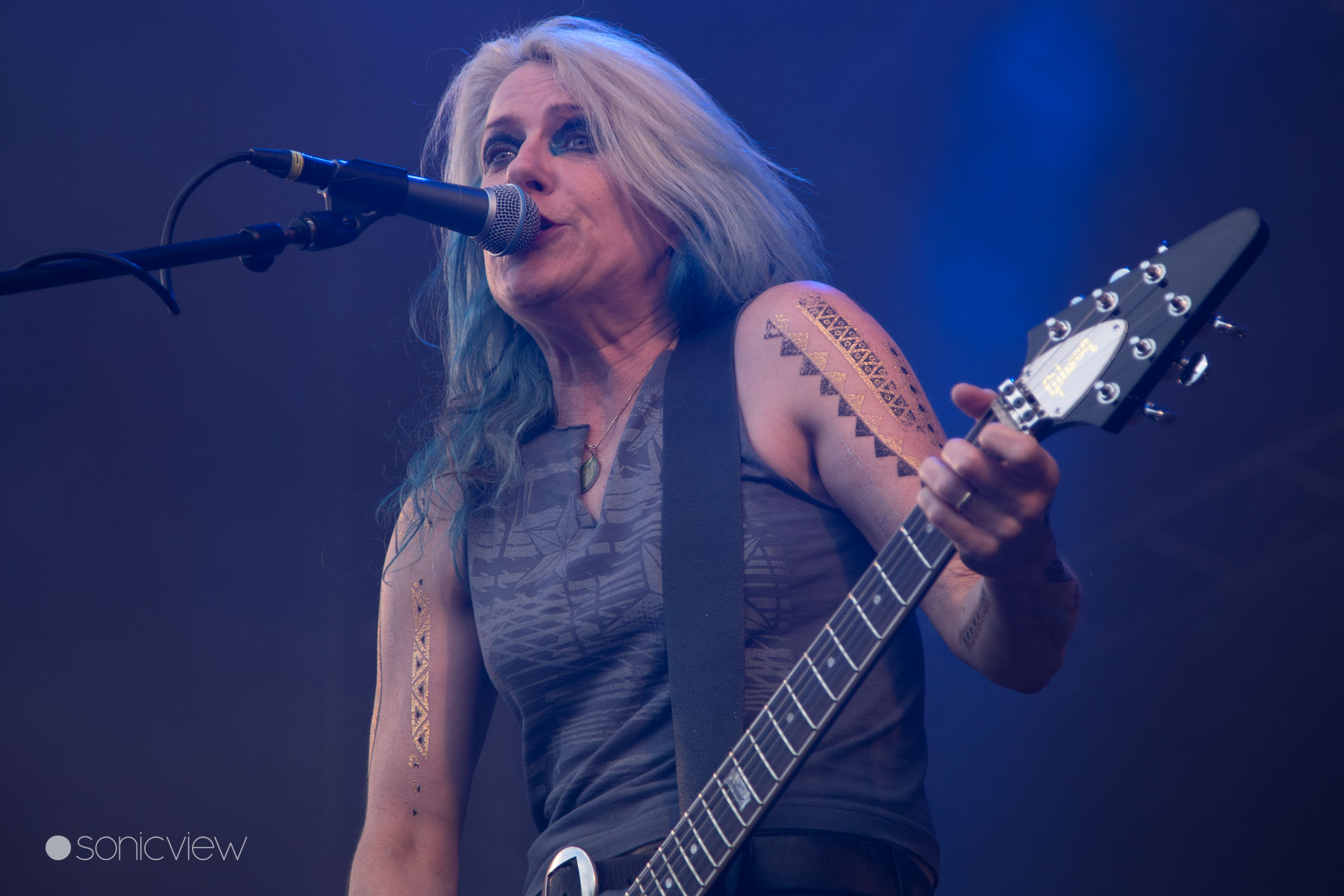 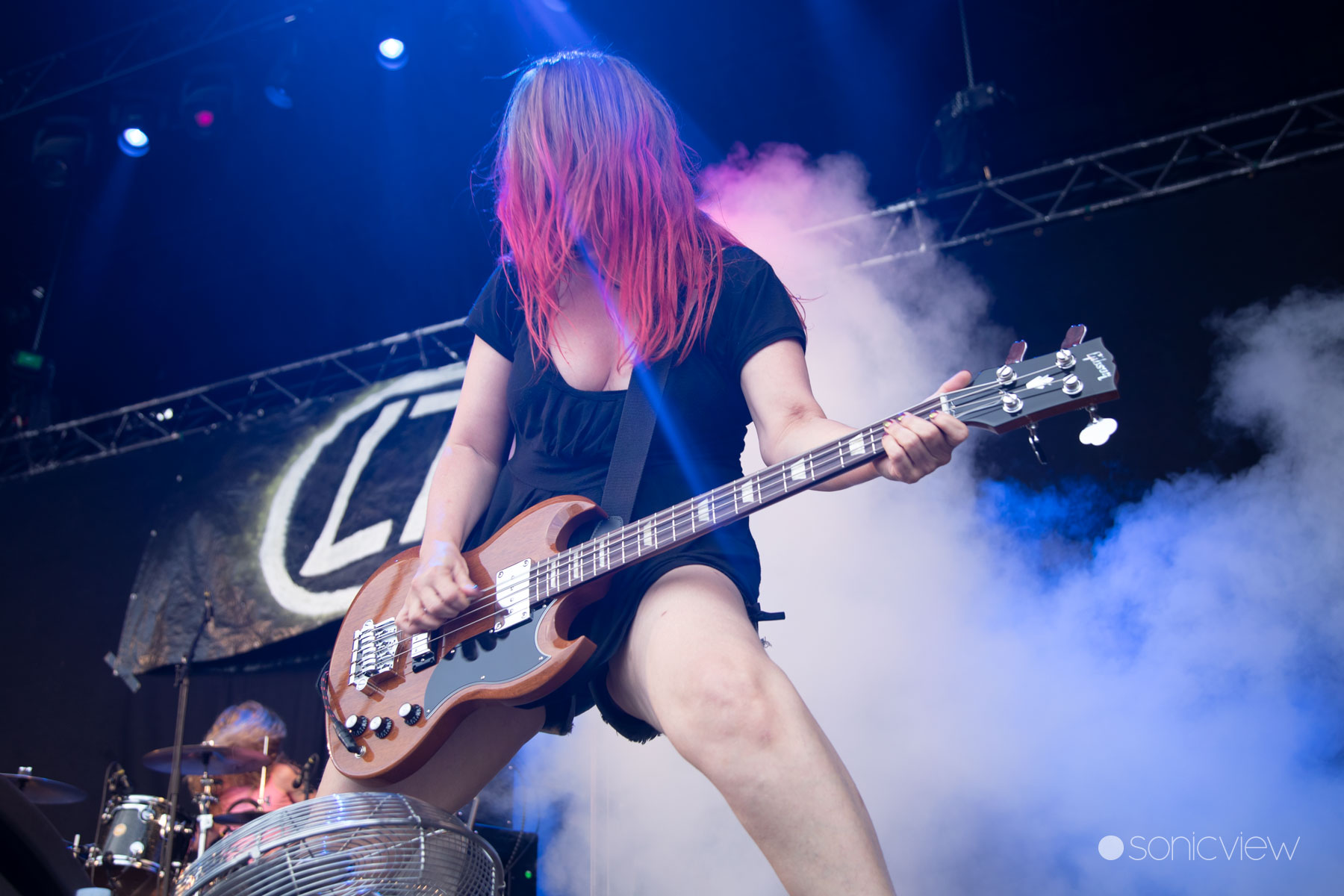 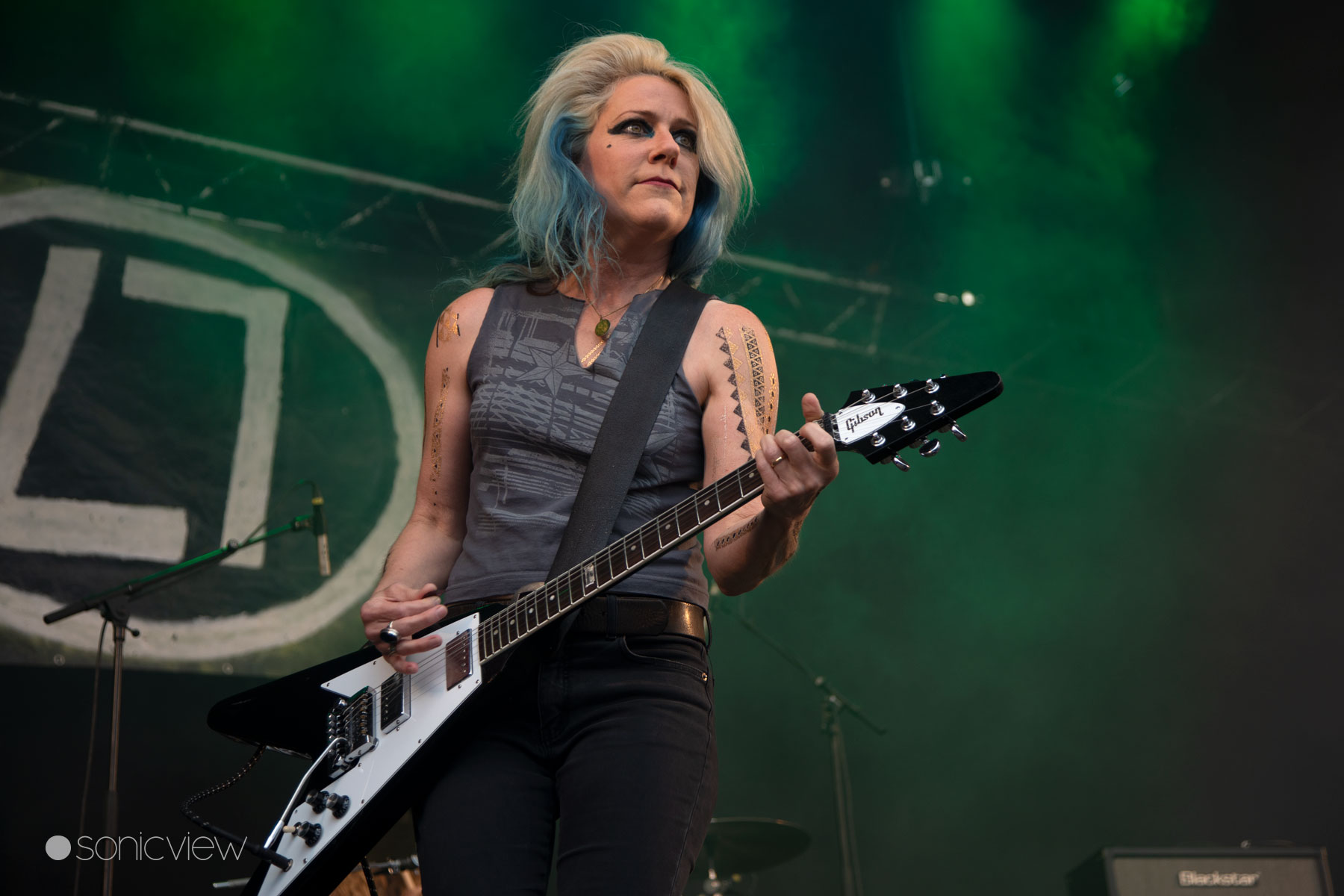 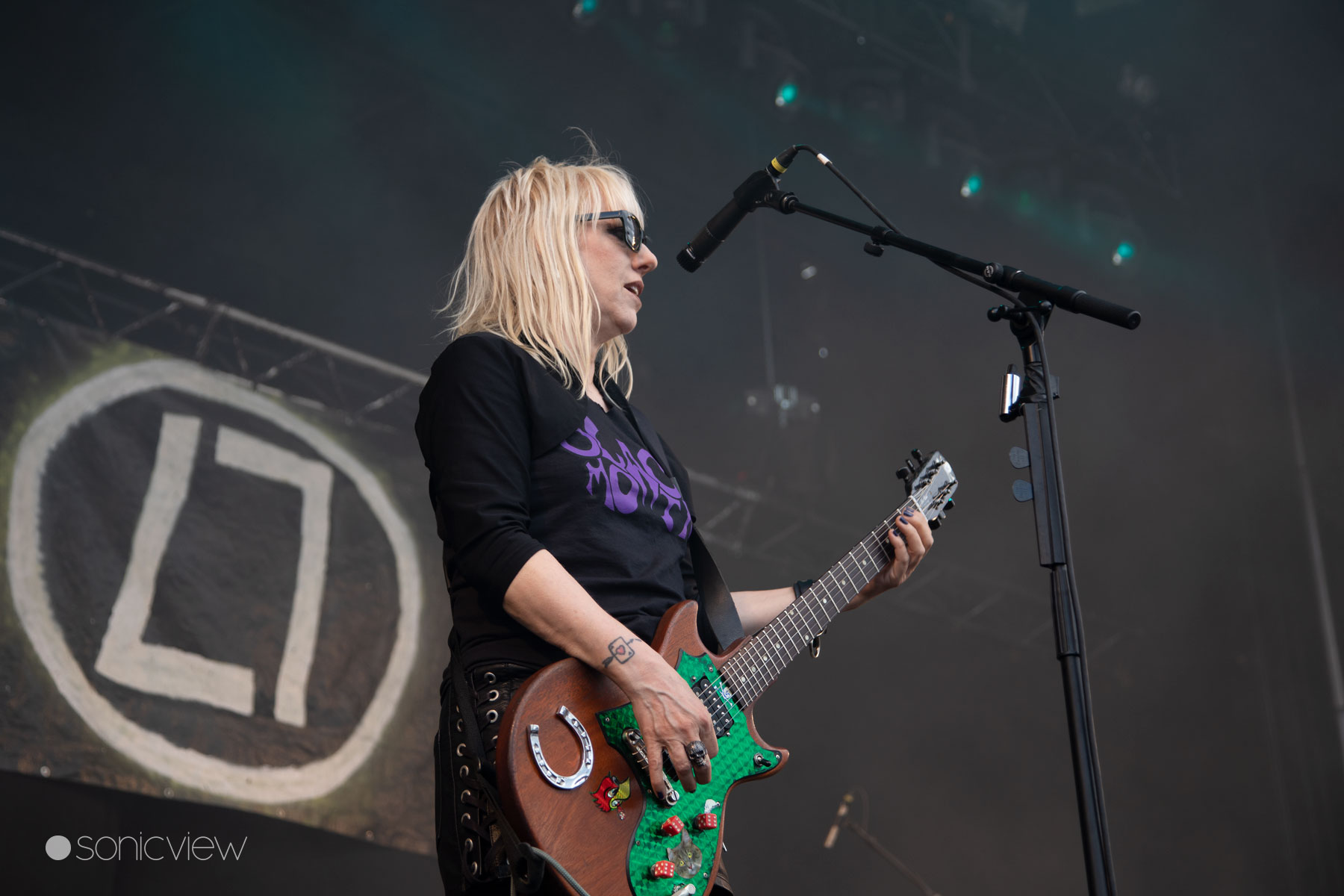 An early 90’s rock wannabie would call them one-hit-wonder, Grunge teen turned indie rock expert would name them as one of the creators of whole Grunge movement.

Truth is probably anywhere in-between. Regardless, the impact of the all-female L7 on rock music of the 90’s is undeniable. Not on the mainstream level, but rather on the more of critical acclaim level and in overall scope of things.

Copenhell has over the years proven to be able to gather a diverse line-up, but they also managed to pull out some very interesting and often fairly inactive bands. Last year they booked Psychotic Waltz and Candlemass – this year already on the newly established warm-up day they got two extremely interesting names, L7 being one of them and of course the mighty Neurosis playing later in the evening.

After an almost fifteen-year long hiatus L7 returned in 2015 with series of festival appearances and since have release couple of new songs with a new album on the way. And last night they addressed their return by paraphrasing the title of one of the new songs “We Came Back to Bitch”.

Their balls-out unfiltered attitude made them infamous in late 80’s and early 90’s, but could such a punkish youth driven attitude be alive and well almost 30 years later and after such a long break? The answer is both yes and no. Up there on the stage there is no doubt that these are the same people, who basically tore the stuff up on all levels. These days they look much like you’d expect them. It’s a bland of too much make up, no make-up, tight sexy clothes and sloppy couldn’t-care-less outfits. There are heels and bare feet, there is cellulite and even beard (OK, the last one is courtesy of the drummer who’s filling in for the injured Demetra Plakas). So far so good.

The band opened somewhat mildly pointing at security guards and calling them future husbands before even hitting the note. Comments like that just didn’t work, but musically they did better, especially few songs into the set.

The crowd was much like you’d expect on a festival warm-up day; drunk out of their skulls and not really interested in the music, which is pity taking into the consideration the quality of the bands performing yesterday. But half way through the gig the band loosened up and managed to involve the crowd bit more.

At times L7 were glorious and spot-on, but at times they also seemed like someone desperately trying to cling on to the image that made them famous back in the day. New songs left pretty much the same feeling, but they were well received.

The great Copenhagen booking delivered, but not to the level it could’ve have they played the main part of the festival somewhere later in the night.

In the age of #metoo, and pollical correctness, it’s cool to stand face to face with someone who made any noise and mess they felt like back in the day and stood shoulder to shoulder with their make peers. In 2018 don’t really feel apologetic about that or their approach nowadays. On contrary they are welcoming breath of devil-may care attitude, which is a big part of being a feminist. Also in 2018.