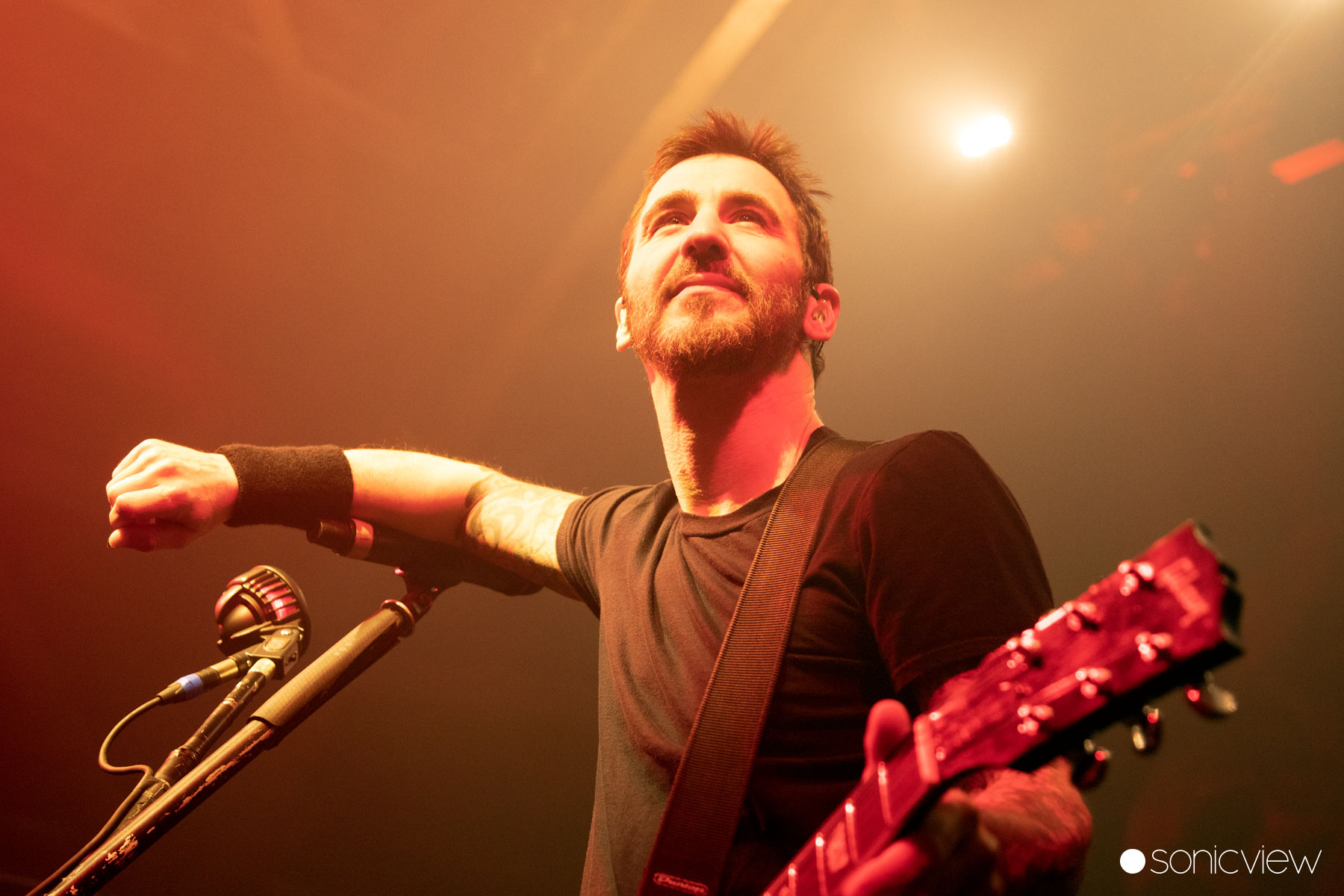 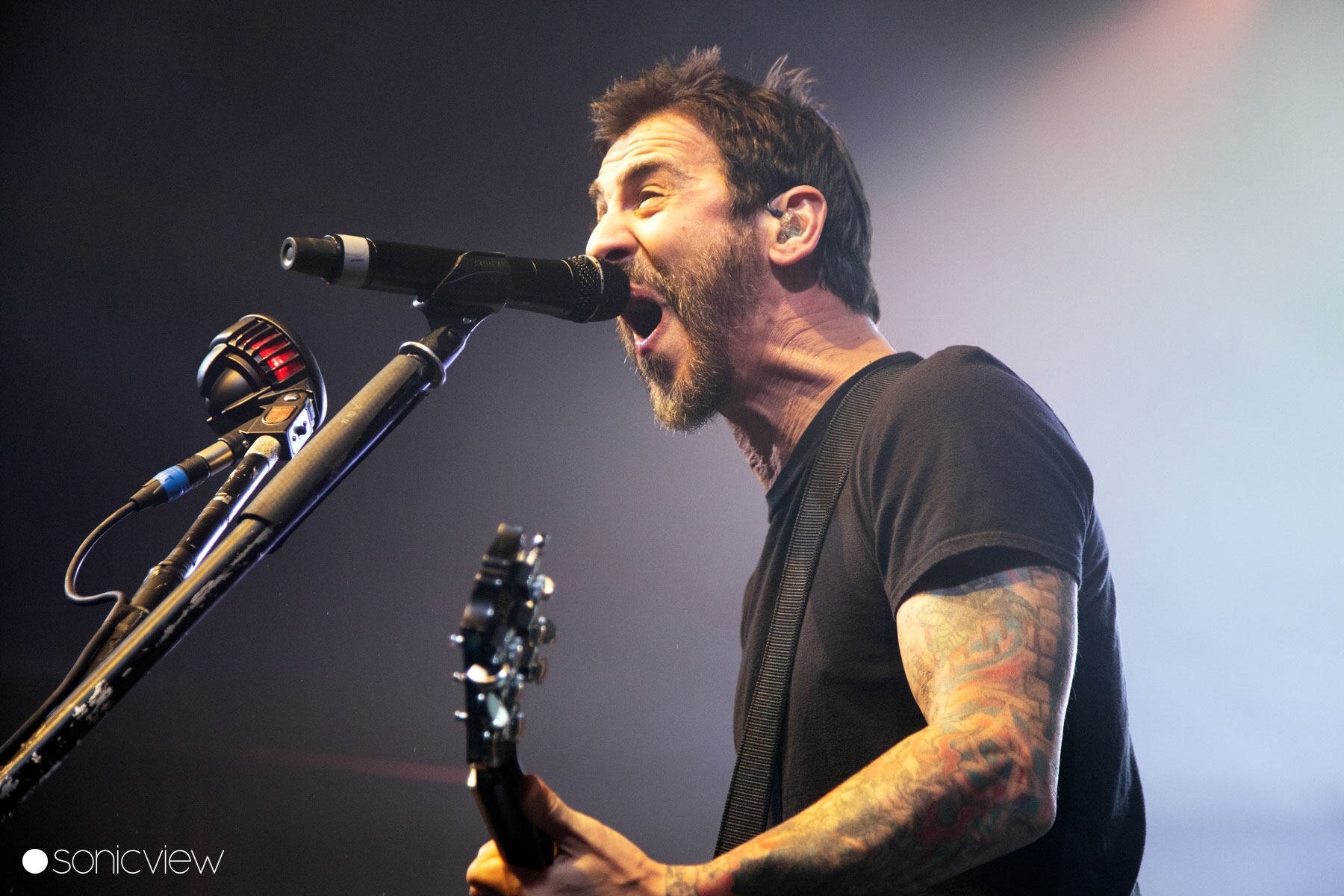 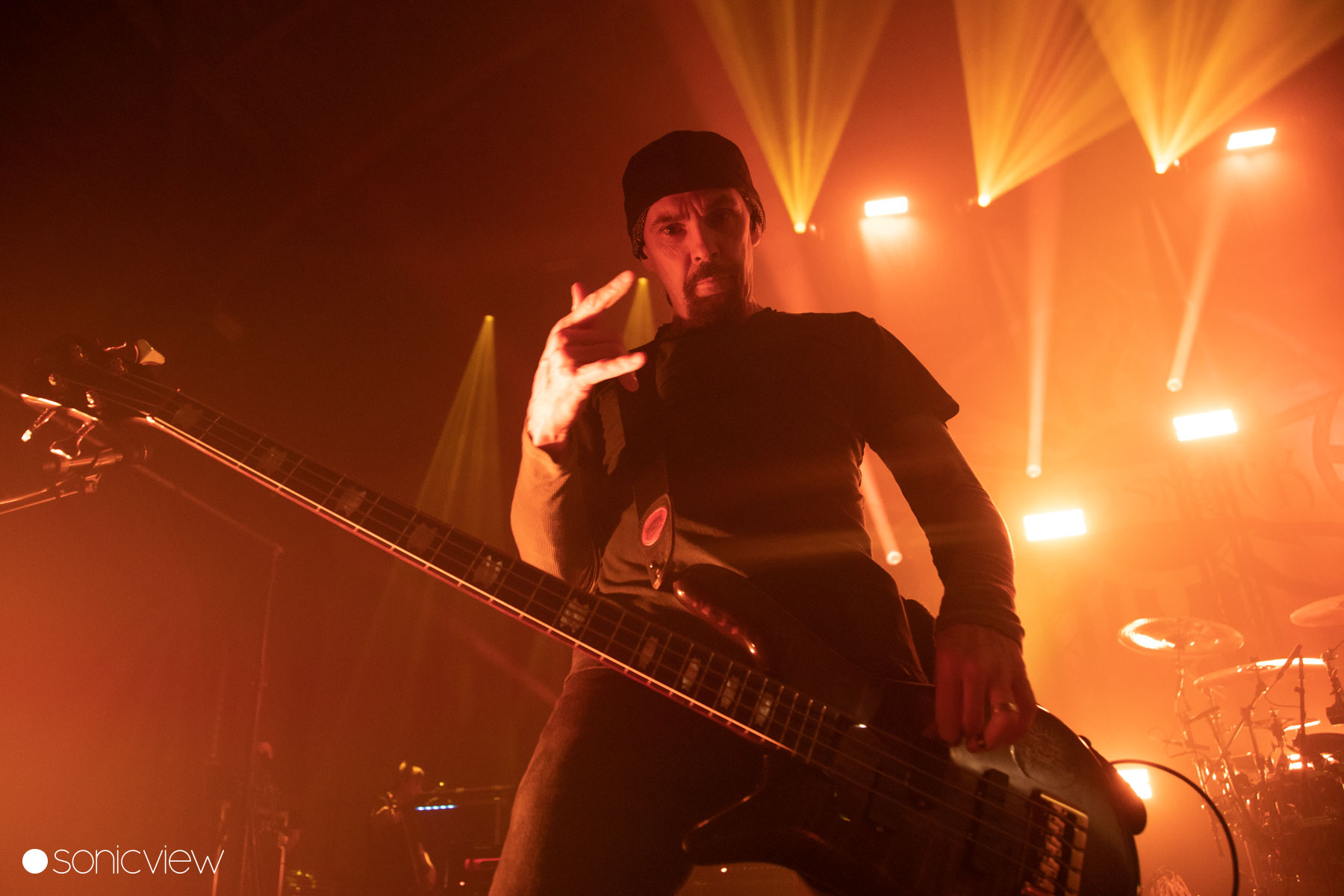 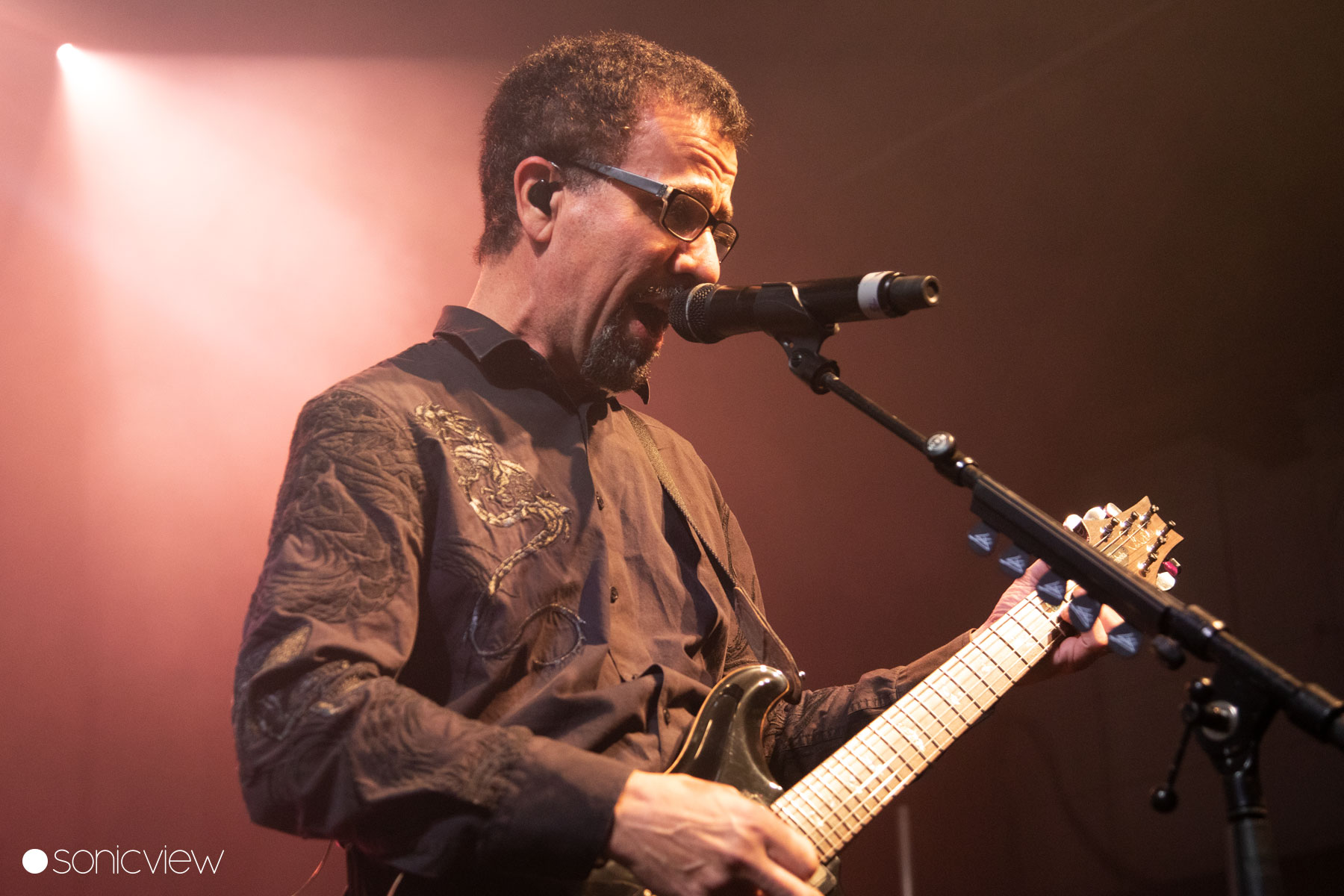 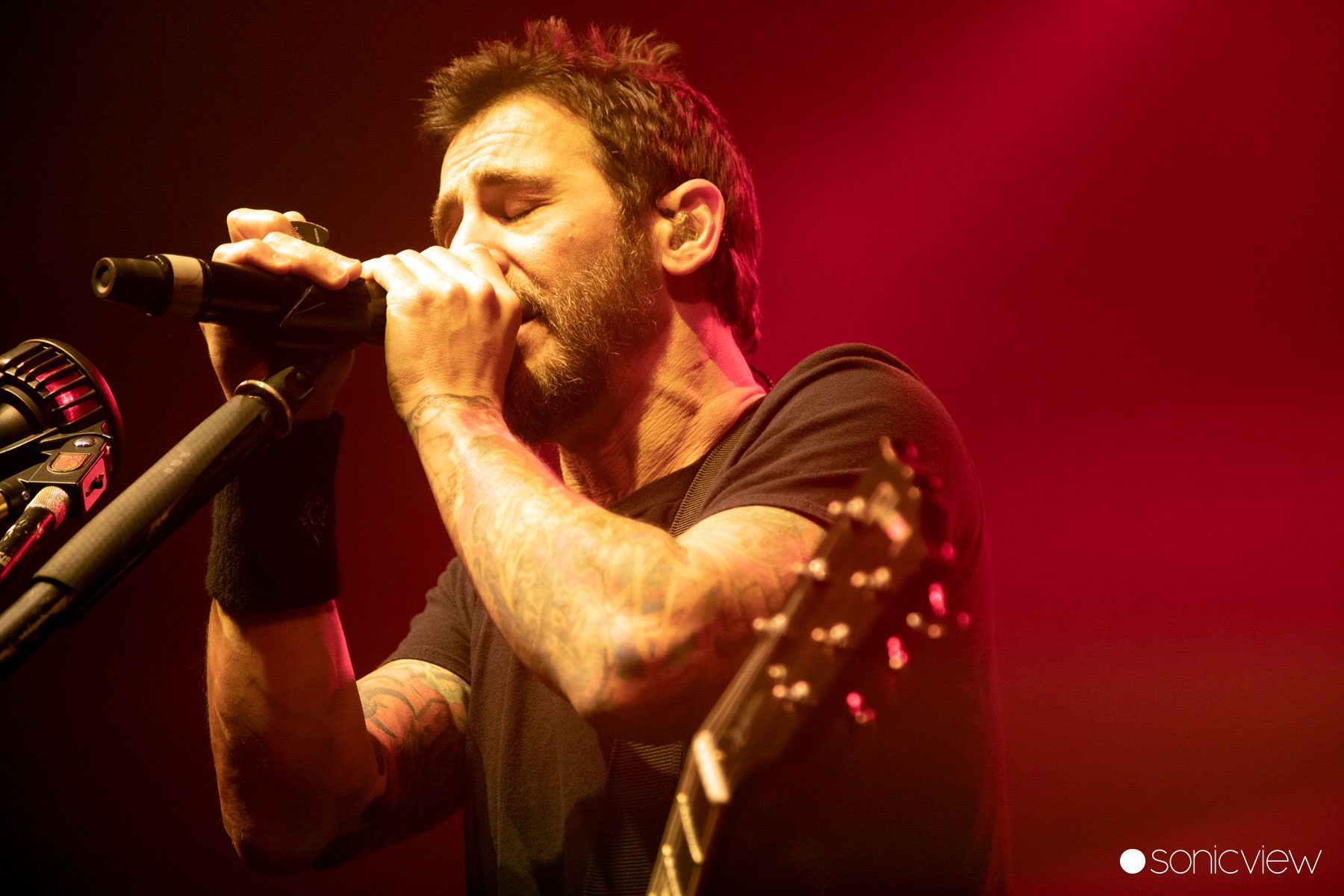 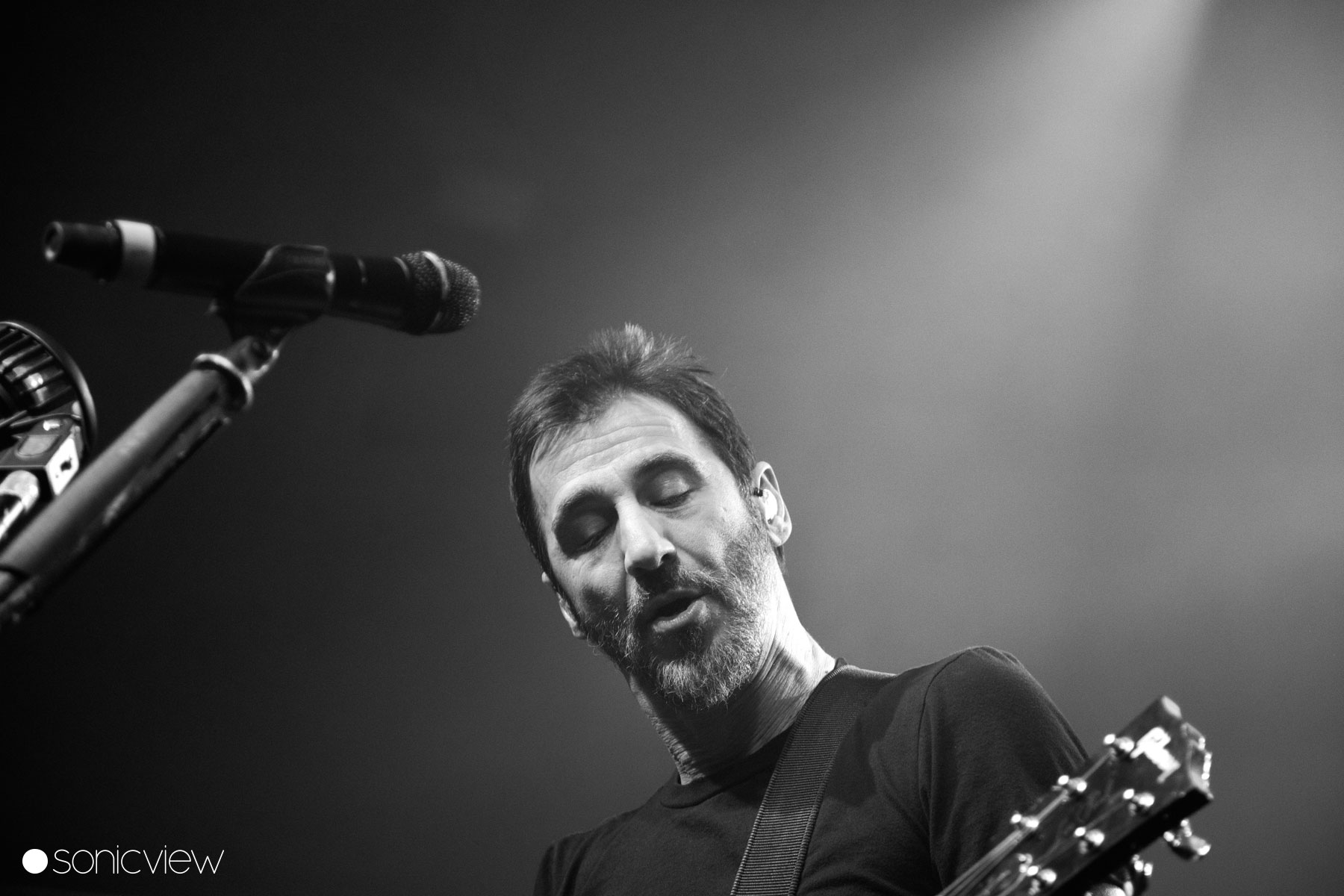 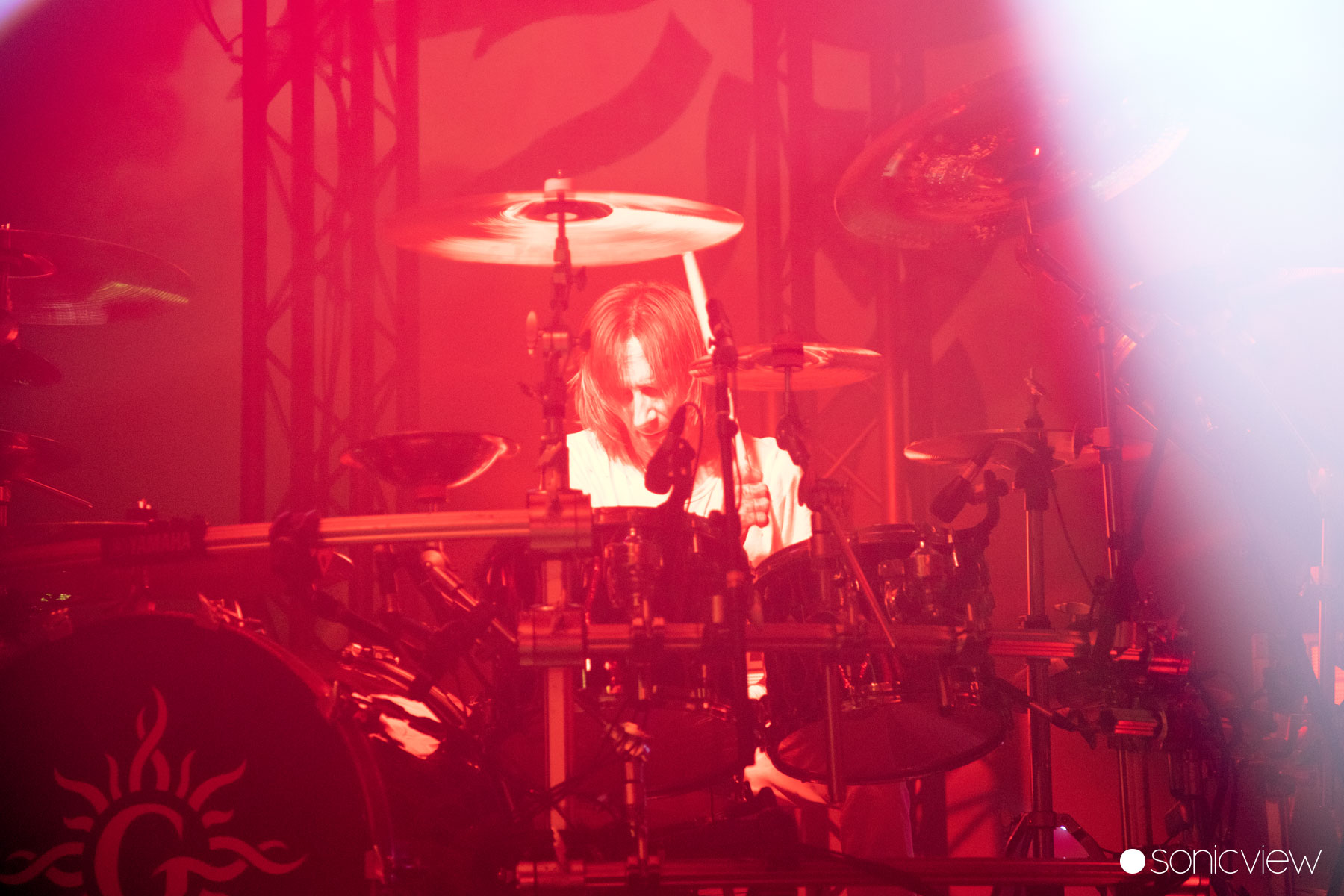 Sometimes it’s hard to figure out how big all these huge American rock bands are in Kingdom Of Denmark. Some of the acts sell out arenas in USA but play thousand-people venues here and therefore the choice of venues they play in Denmark might at times seem odd. I mean we all know that Avenged Sevenfold are big everywhere, but it still seemed bit odd for them play Royal Arena. How about Shinedown, they are huge in USA, but they played Vega in Copenhagen. Last night’s headliner is another one of those bands. They take Volbeat as support in USA, that’s how big they are. In Denmark Volbeat sells out 40.000 people stadium, but would Godsmack even be able to sell out Den Grå Hal and its capacity of 1800? Last time the band played Copenhagen was twenty years ago when they 100 meters from Den Grå Hal at Loppen with capacity of 400 people.

A lot has happened with the band since and arriving to Den Grå Hal it was clear that the venue was packed, despite not being sold out. Godsmack might not be as big in Denmark as they are in USA, but they are apparently quite big.
Last night’s gig is rescheduled, because when they were supposed to play Denmark late last year, tragedy striked, when Tony Rombola’s son passed away.

For the intro the band chose one of the ultimate live jams “We Will Rock You” in an odd remixed version. Downside to choosing this Queen classic as an intro is that it can hardly be matched with whatever is following.

But the band did open furiously with title track from the new album When Legends Rise, which was accompanied by rock solid sound and fine balance despite a rather bombastic drum sound. “1000hp” served very well as the follow-up and Pantera- wannabe “Cryin’ Like a Bitch” further pressed on band’s heavy side and live, Godsmack are heavy. Truth be told they are generally heavier band than most of the above mentioned, but live the band further dails up on heaviness.

Godsmack are professional, but they also managed to implement energy and passion to their performance with Sully Erna stealing most of the spotlight and he did it good, coming across more sympathetic and even heartfelt than one would expect.  His singing too was good matching the massive power of the band’s performance.
Drummer Shannon Larkin was hitting those drums harder than one would think possible for such a slim fella. In general the band did extremely well maintaining the very high level on just about all fronts.

And then they dropped it all to the floor.

It seemed like the band had such a solid grip on this gig, but by the time Erna and Larkin engaged in the double drum solo it just marked the beginning of a steady drop. The idea of those two on stage drumming away on two drumkits is fun and it worked well for first two minutes. Unfortunately, they kept it going for what seemed like eternity. Around that time they also decided to start implementing long jam sequences and singalong sessions in middle of songs, which further drowned the otherwise outstanding energy level that was characteristic of the first two thirds of the show.

Furthermore, some of the song choices such as “Under Your Scars” and “Whatever” never got people’s attention and at the same time busted the flow of the concert. It’s understandable that band wants to play some of the songs that don’t follow the typical three-minute mid-tempo rockers that characterise most of their catalogue, but regardless of what those songs are like, they did drag the energy level down. The biggest drop were however still those long jam and sing-along sequences that were all of the place in the last third of the show. The closing part offered the cover of The Beatles’ “Come Together” as well as AC/DC’s “Highway to Hell”, which gave the concert a cheap frat-boy feel. It just felt odd, and it even ripped off crowd-please “I Stand Alone” which was jammed somewhere in-between.

The big portion of time Godsmack’s concert in Copenhagen was victorious and the band were firing on all cylinders, but somewhere along the way it turned out into somewhat of a parody of itself.