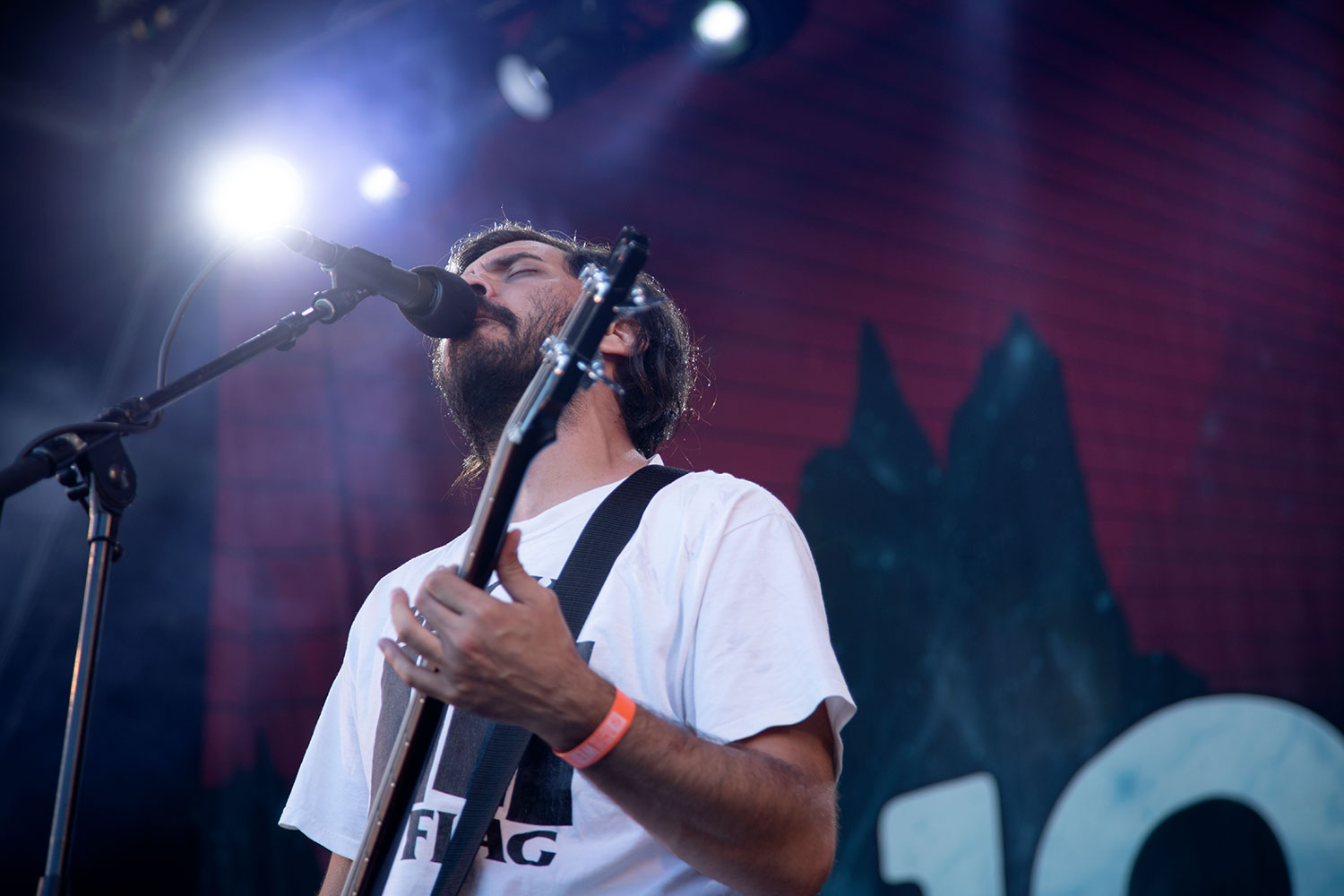 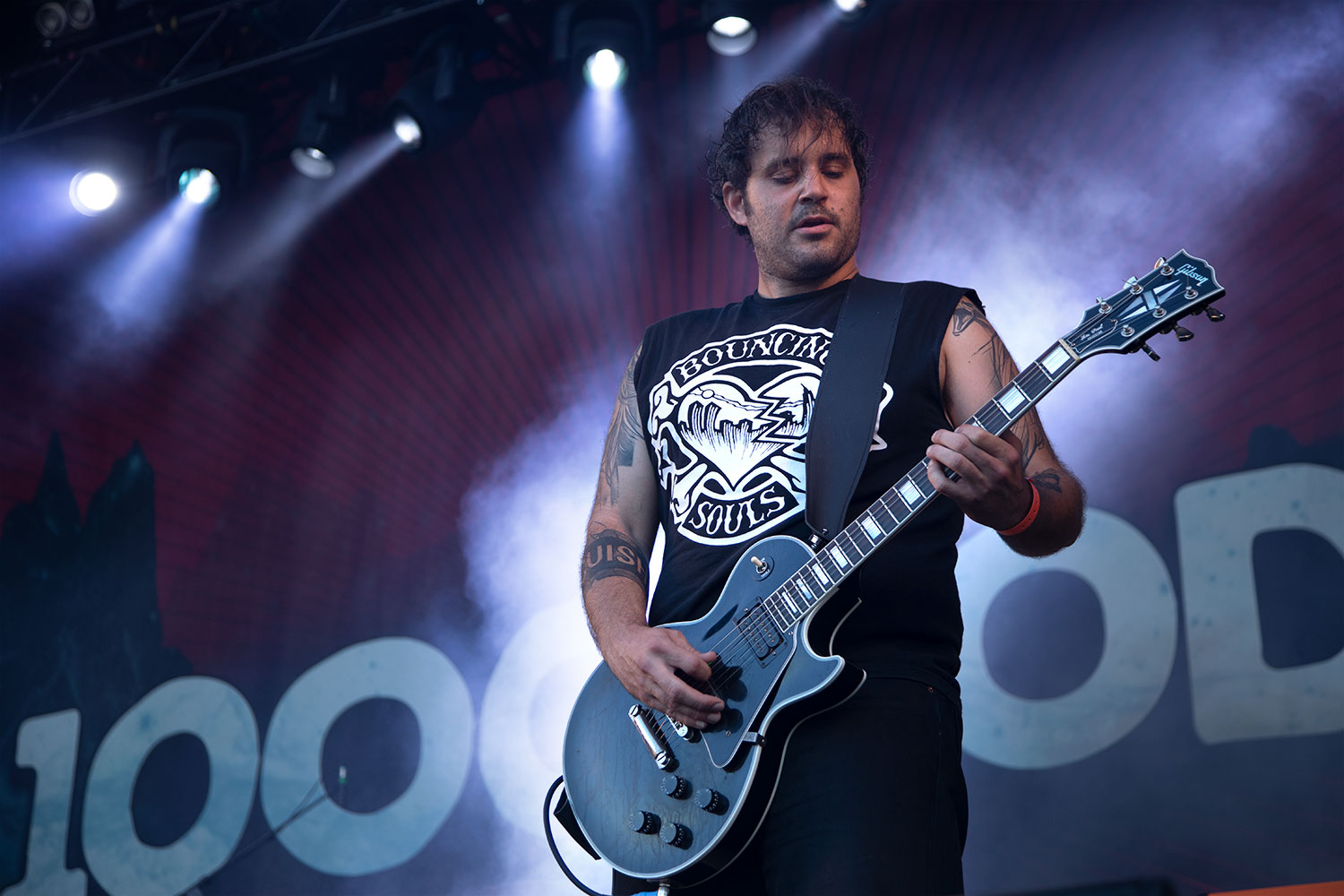 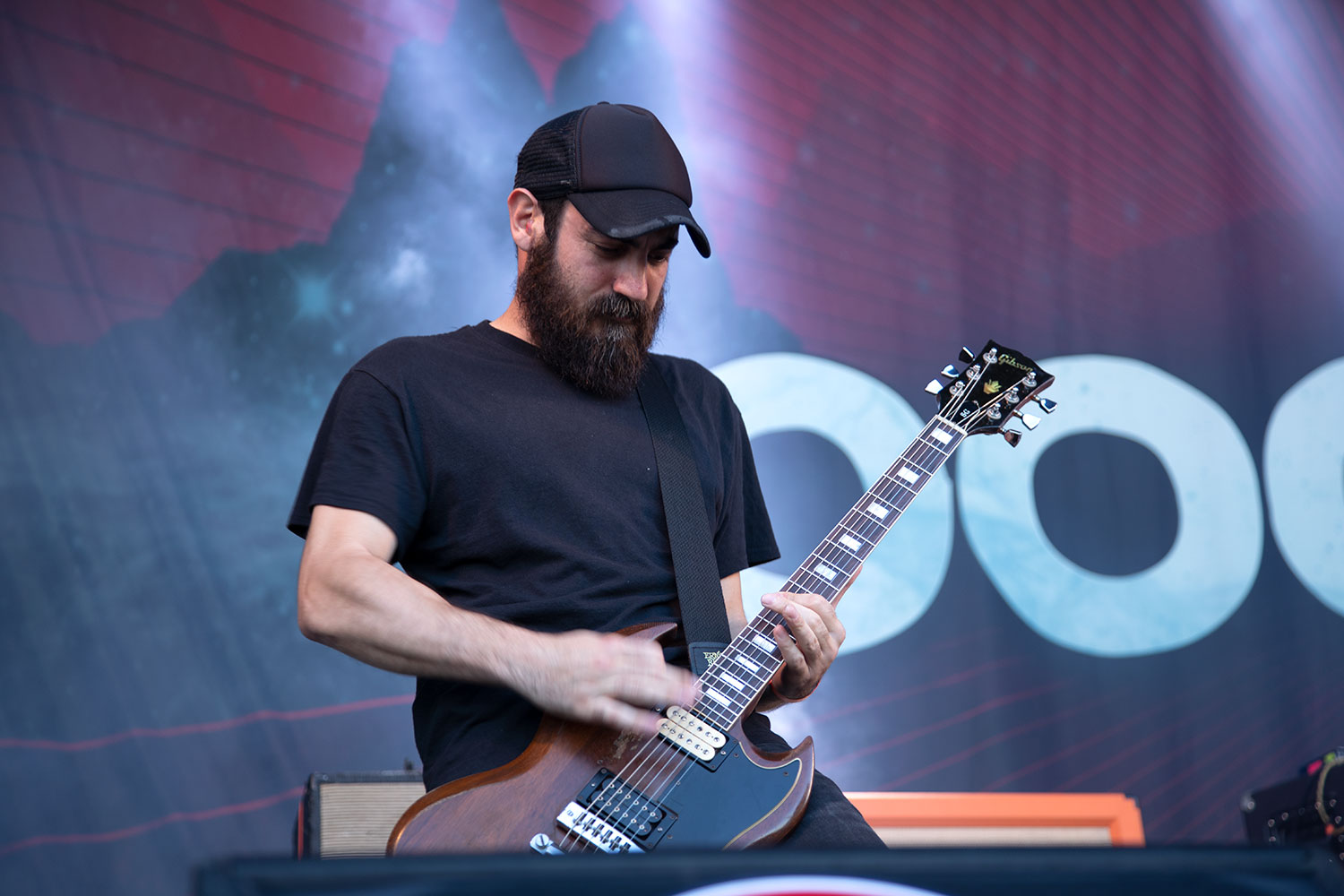 There is plenty interesting going on in current European metal scene and some of the more established countries like Germany, Sweden and the U.K are getting run for their money by the countries previously not connected with global metal appeal. One of the most vibrant scenes in Europe have for past few years been in Poland, but also Greece has become a very noticeable and dynamic scene, with several outstanding artist making their impact outside of their native country. One of such bands is 1000mods, who were set to play 7PM on the warm-up day.

With their bland of Black Sabbath, Monster Magnet and MC5, the band was just about a perfect booking for the warm-up day and while the big part of the audience has probably never herd of them the band’s infectious fuzzed riffs and a performance that was easygoing yet frank. The band focuses on the music and delivering it in a very simple manner, rather than constantly working the crowd, which many “unknown” bands choose to do when playing the festivals. And it worked well for the band because they managed to translate and deliver the energy of their music without being direct, yet at the same time they never came across as arrogant.

Comparing to last year, where warm-up day was introduced and line-up was arguably better, the number of people who found their way to Copnhell this year was significantly larger. The nature of warm-up day is often looser and less concentrated on music, and more on getting into the mood and … well getting hammered. Last year that ruined some of the experience, but this year it felt bit less as such and as the evening progressed on it was clear that music got plenty of focus.

1000mods have done their part extremely well and have for sure gained some new fans after Wednesday’s performance. Next stop should be getting back to Scandinavia for some club shows.