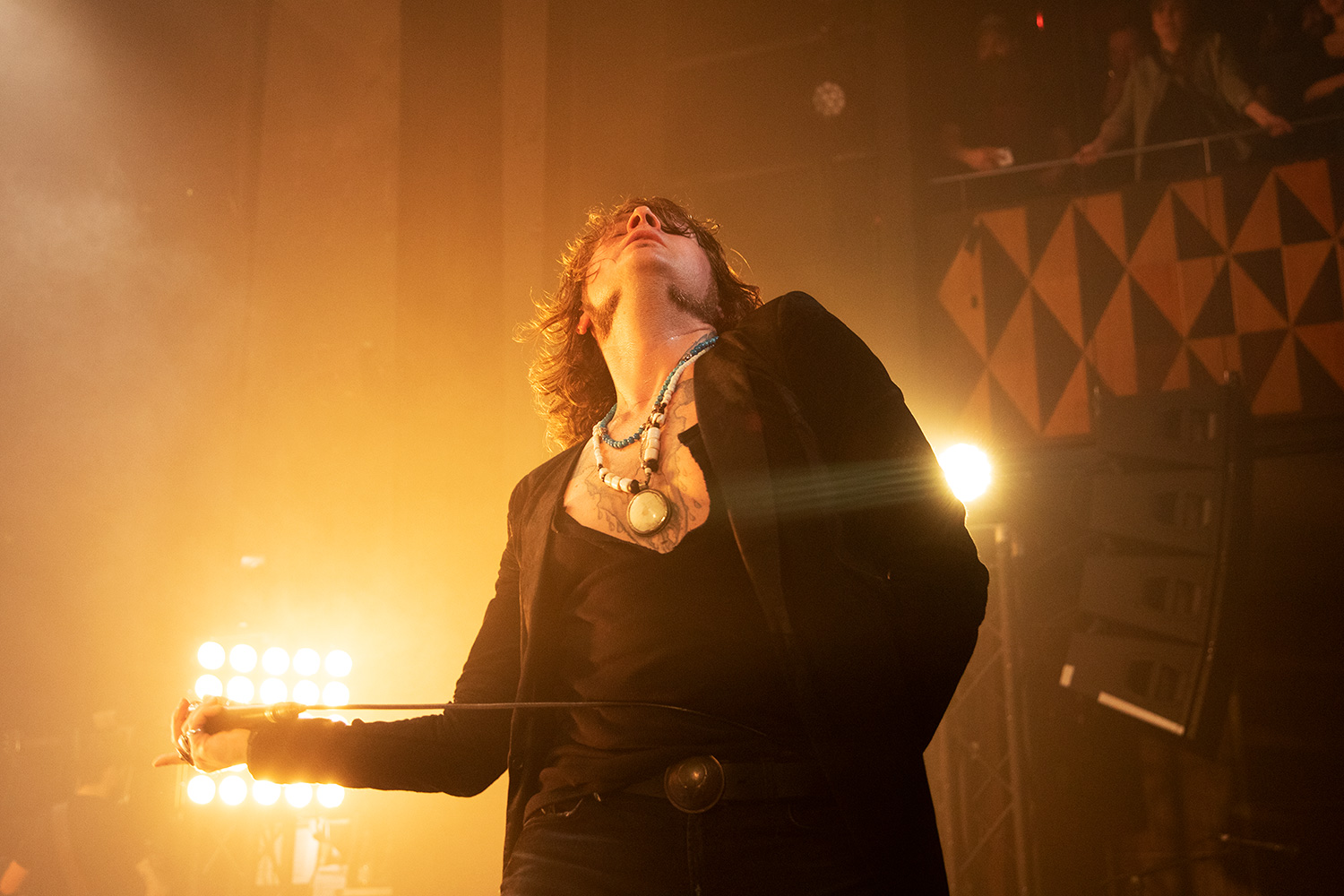 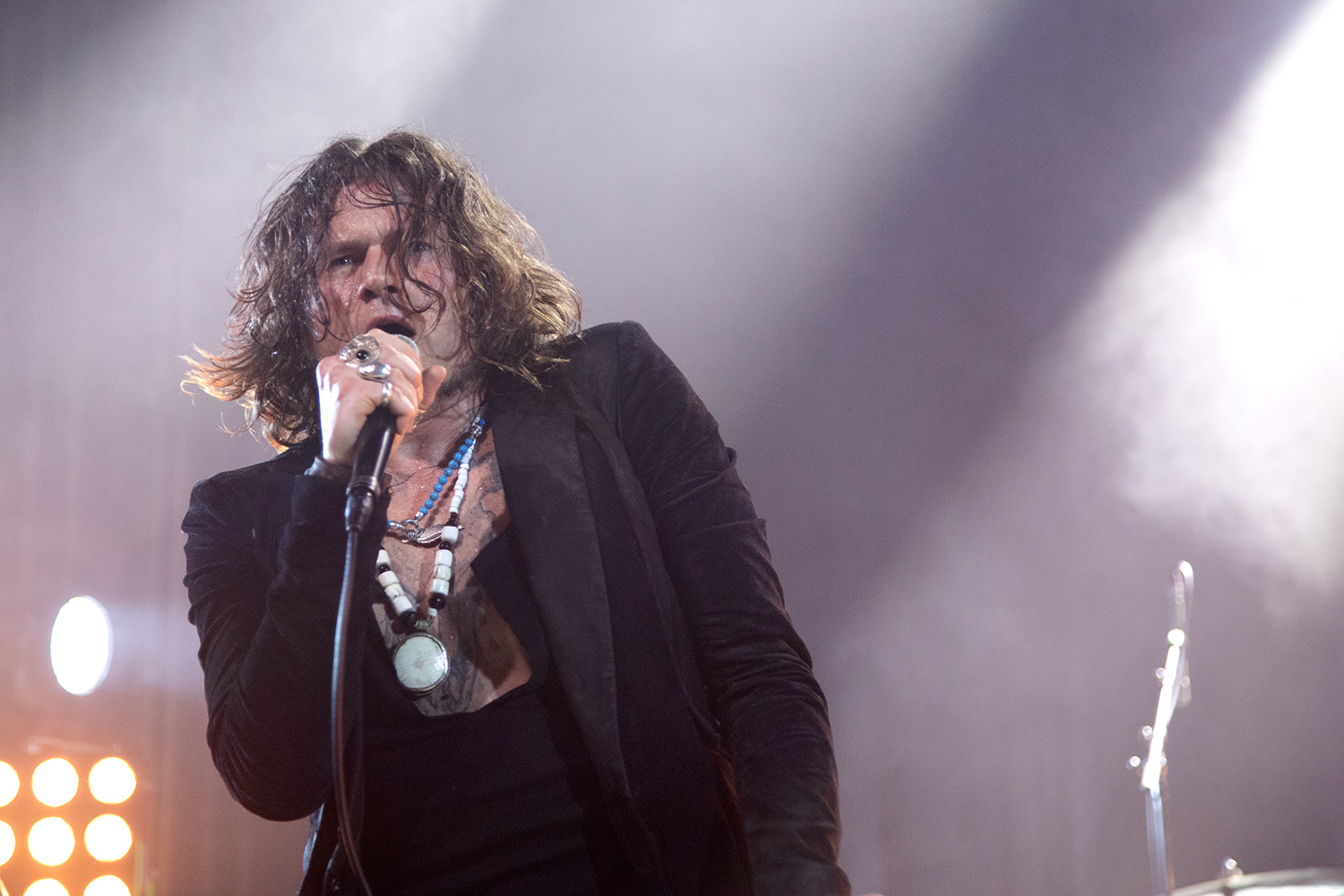 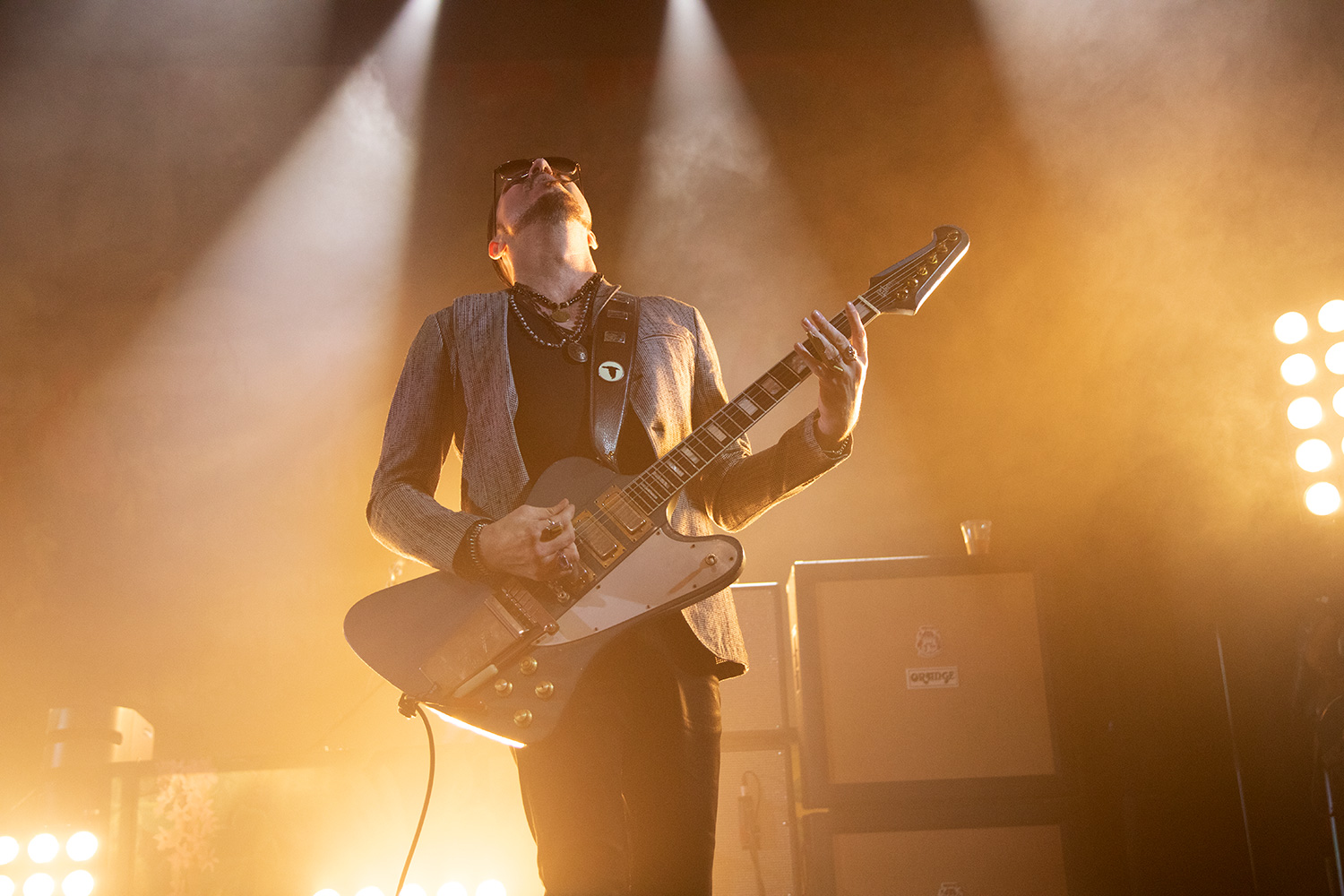 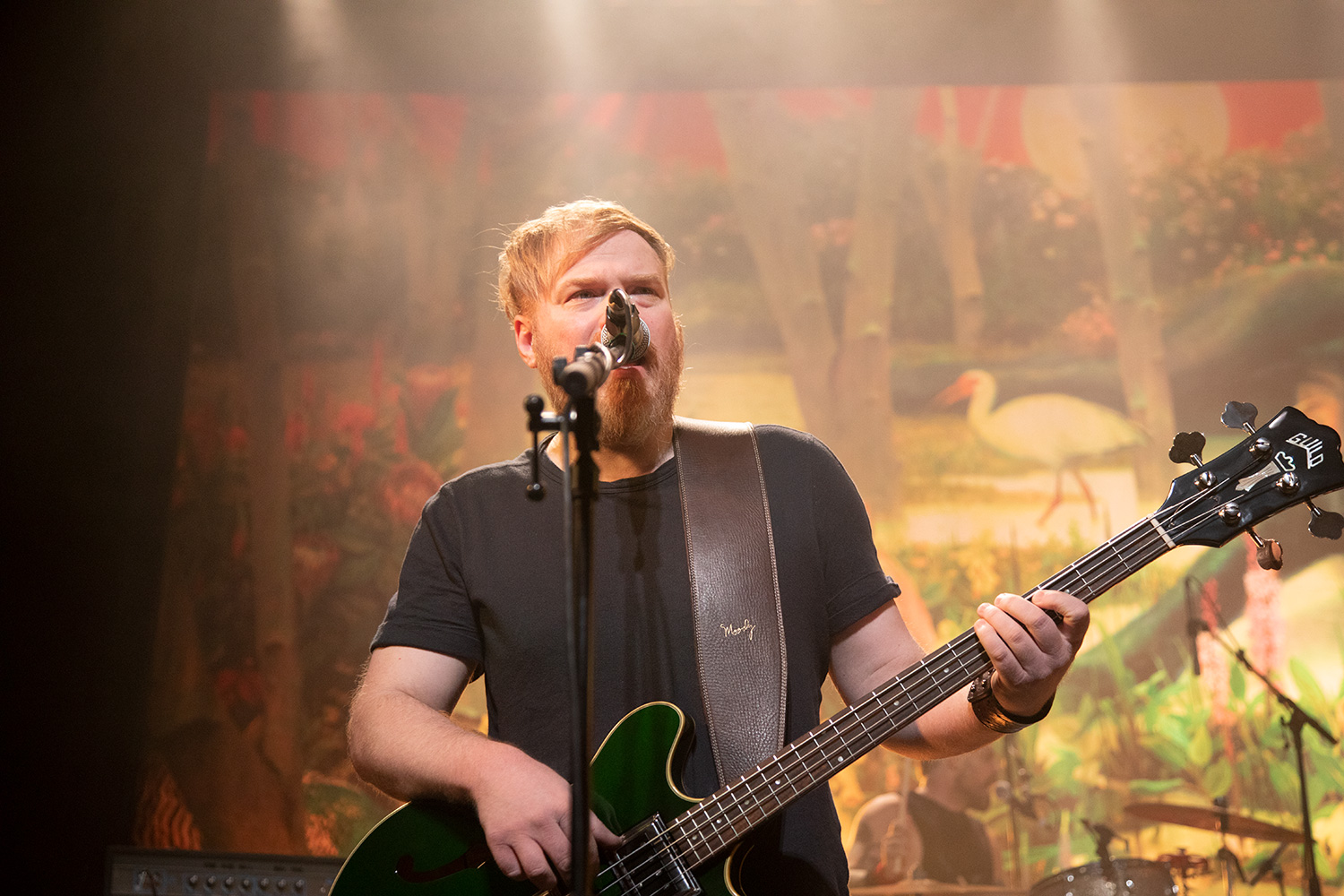 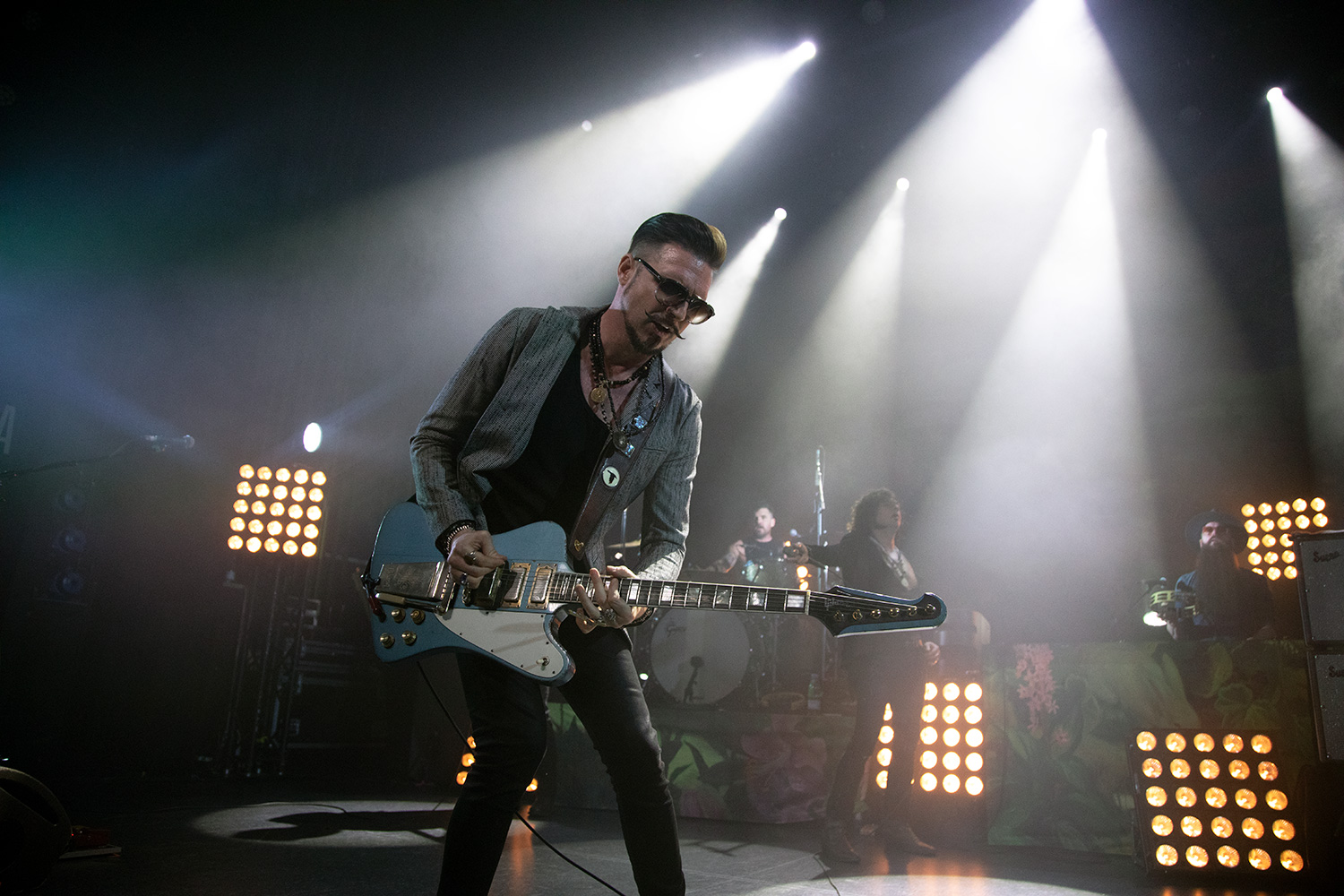 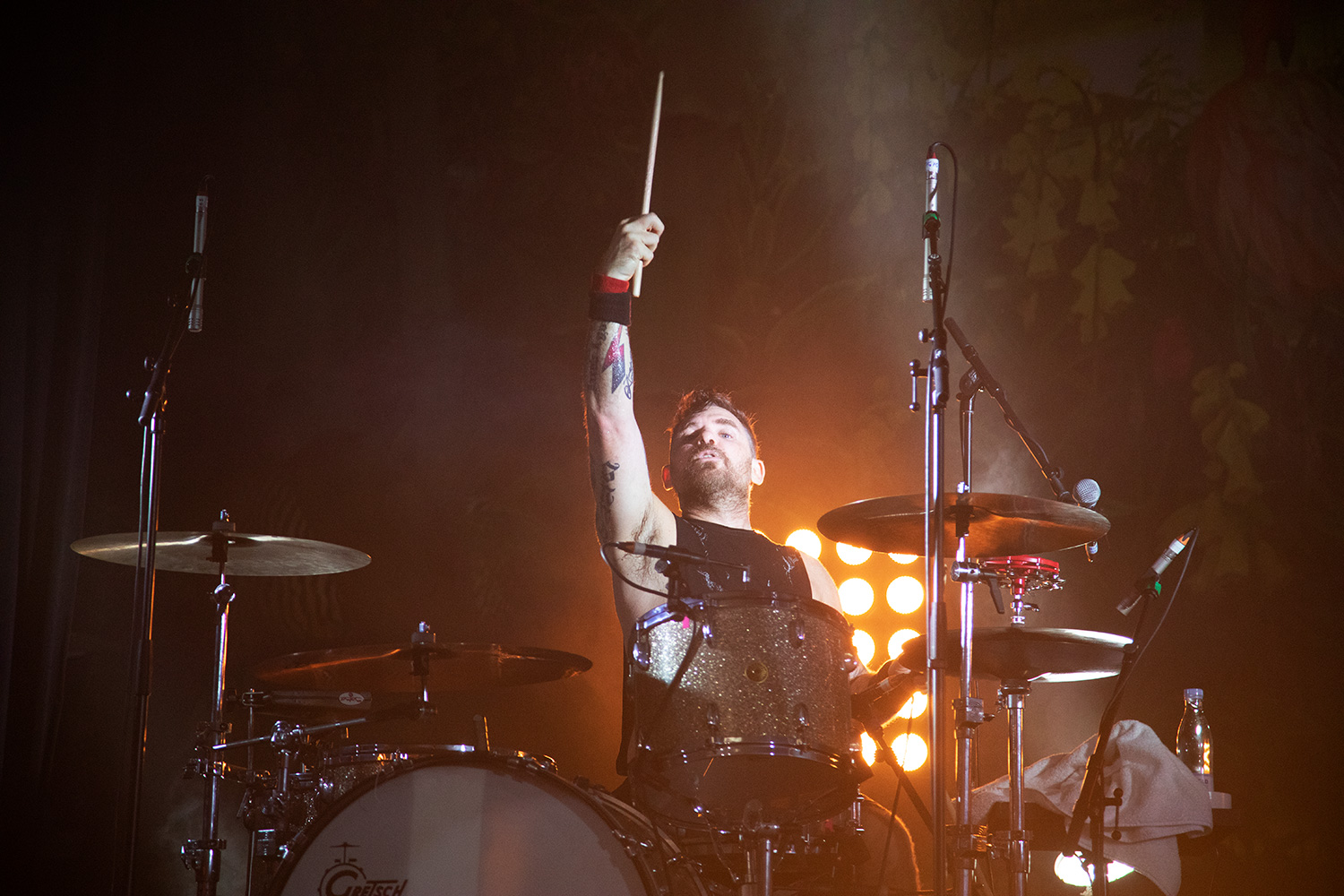 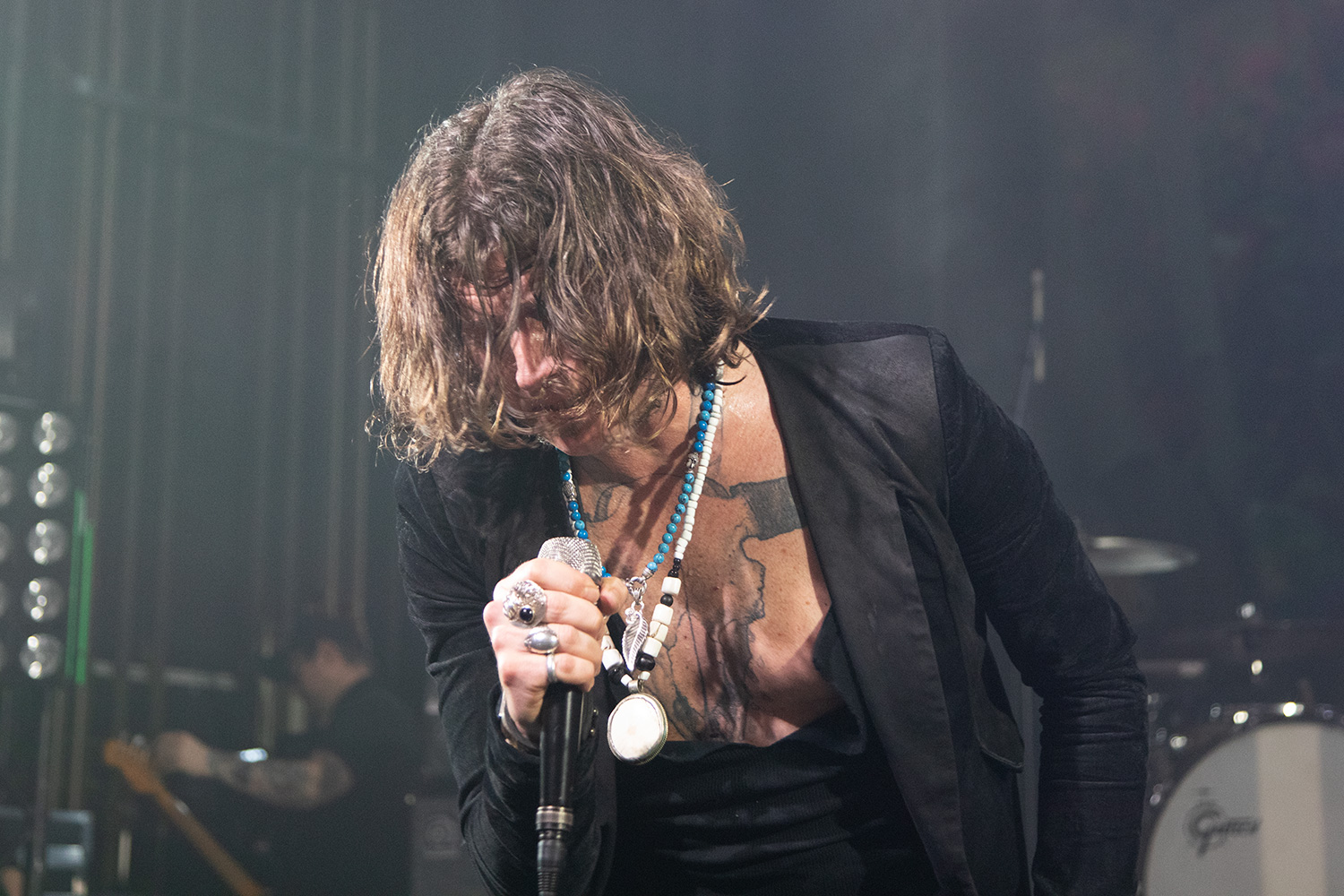 For the past year or so Greta Van Fleet has been on everyone’s lips and they are by many proclaimed as the band that will bring 70’s inspired rock back to the mainstream. Time will tell if this is the case, but on the other hand it doesn’t really matter. Sure, more focus on these kinds of bands would result in similar bands getting a chance and all of them making some actual money.

Big commercial rock revival might be overdue with the last real rock wave dating back to grunge in the early nineties, but at the end of the day the commercial appeal of a certain genre doesn’t really equal creativity and amount of good rock music coming out. Form productive and creative point of view, classic rock, much like any other genre has been doing just fine over the past decades. There are piles of bands out there who have released one rock solid record after another and one these bands is most certainly last night’s headliner Rival Sons.

The band has been releasing good records for a decade now and all the while growing significantly with each new record. Over the course of past few years the band has played sold out headlining shows and supported anyone from The Rolling Stones, over Aerosmith to Black Sabbath.

The sold out show in Copenhagen is the last on their European tour, which was sold out from the first to the last show.

After an intro that was bit too long and uninteresting, the band took the stage riding the wave of self-confidence and opening with two new tracks and a sound that was basically flawless. It was loud, yet balanced, raw yet crystal clear.

Live, Rival Sons’ sound is bit more aggressive and direct, but the band never compromises the dynamics or the recognisable sound.

Looking at the band up there on stage, one can’t help, but notice that the guitarist looks like a beer brewer from the hip part of town, singer looks like slightly updated version of young Joe Cocker, bassist looks like Swedish vacuum cleaner salesman and a drummer looks like …well actually … he looks like a rock drummer. And it’s that diversity that massively ads to dynamics of this band’s live performances. And dynamics, much like the energy were plenty at last night’s concert.

Few minutes into the set singer Jay Buchanan was soaking wet and completely in the zone. There is wilderness and an almost uneasy unpredictability to his stage presence. In-between songs he comes across as more of a soft lamb, but during the performance he’s a bloodthirsty wolf. His singing is heartfelt and edgy.
Scott Holiday on guitar is the coolness himself and he didn’t break the smile until the last song of the regular part of the show. But his playing is spot-on and there is a razor-sharp quality to his sound, much more so live then on the records. Dave Beste on bass is anonymous, but his playing is a big part of the massive groove that is ever-present in band’s music.  And talking about the groove, Mike Miley on drums is such a powerhouse, but at even more importantly, his playing is definition of blues inspired grove.

Last night setlist was heavily focused on the new album, which is a normal thing, but when 9 out of 16 songs are from the new album then there might be talk of overconfidence. As Buchanan pointed new album, Feral Roots is number one on Billboards rock top list, but playing so many new songs proved to be bit too much. The biggest problem this evening, however, was lack of flow. The explosive opening quickly lost its momentum during the Buchanan’s monologue and the following “Jordan” and “Feral Roots”. The later of the two, which is one of the highlights of the new album was magnificently performed and displayed the subtler qualities of this band, but live it just failed to grab a hold of the audience. Perhaps one of the prices of more mainstream attention is that big chunks of the audience are only interested in “hits”.

And the lack of good flow marked majority of the concert. It was a mixture of numerous elements such as too many too long guitar intros, slowing down right after they’ve picked up the pace, oddly placed lengthy monologs etc. It all added to the uneven experience.

That being said, it must be underlined that Rival Sons play like a dream, with surgical precision yet maintaining the dynamics, rawness and infectious grooves. Including number of songs that are anything, but crowd-pleasers is brave and a nod to those who are more than causal fans. Last night the whole thing didn’t just have the flow needed for a truly successful show. Band’s new album is good, but when almost two thirds of the show consist of new songs it’s bound to affect the show. The focus on the new album also meant that they didn’t play a single song from their very strong previous album Hollow Bones.

After leaving the stage for few minutes after electrifying “Do Your Worst”, the band came back together with members of the support band, The Sheepdogs, for a magnificent version of closer from the new album “Shooting Star”. They rounded up the strong encore with live favorite, “Keep on Swinging”.

Rival Sons might not have lived up to their potential last night, but they still did make everyone realize that they are in presence of one of the finest classic rock band out there.