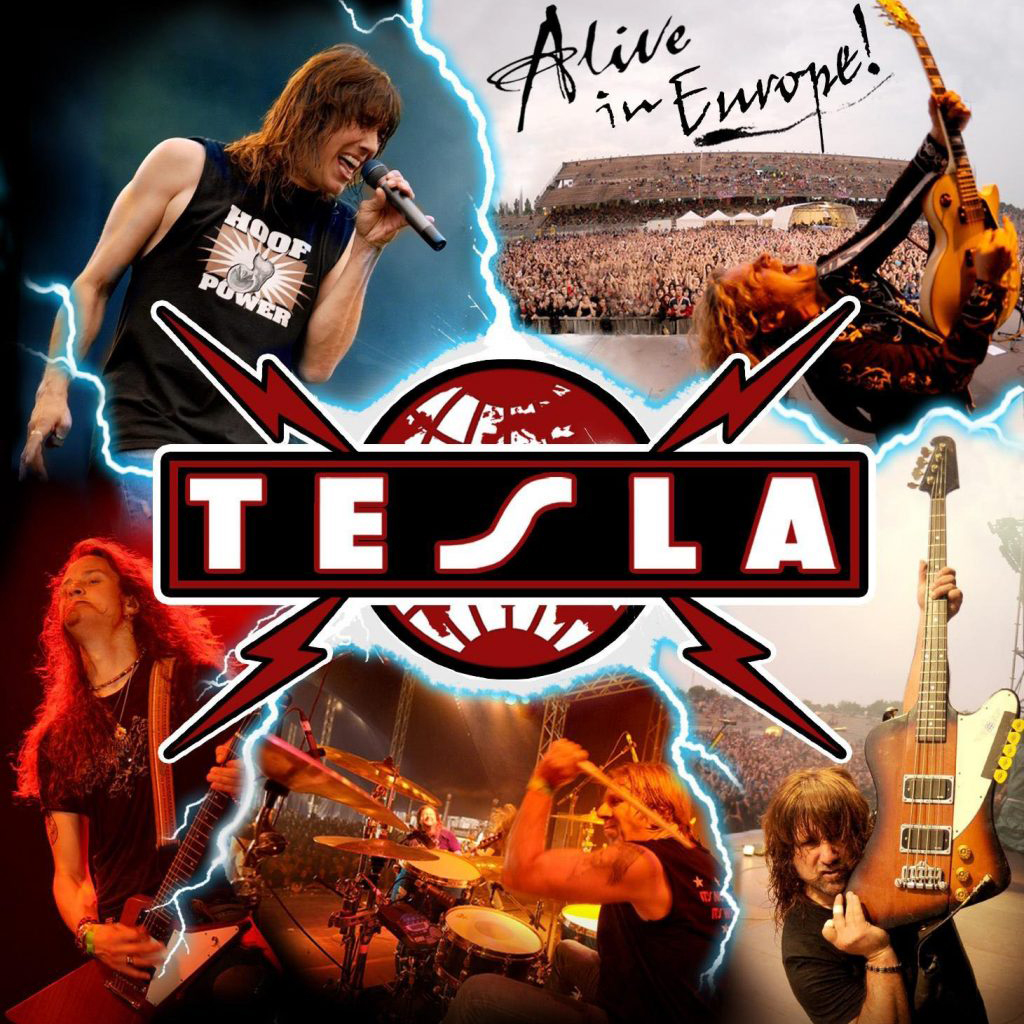 It’s as if it’s not enough that Tesla has already started working on a follow up to Forever More, which is less than year and a half old, but the band has two live records on the way.
First of the two is this fifteen song album recorded in Europe and dedicated to the band’s European fans. Second of the two will be released later this year and it will consist of the recordings from America.

Alive In Europe! Is the bands third live album (not counting Standing Room Only, which is the shortened version of Replugged Live) and while on the paper this might sound as an unnecessary record if you know this band than you will also know that their first live album was legendary acoustic album Five Man Acoustical Jam and the first proper live album Replugged Live do not include any of the songs from the band’s latest two albums, then this record gives more meaning, none the less taking into consideration that there a lots of new songs on this album.

Alive In Europe! does focus more on the newer songs, but there is also a number of the classic Tesla songs on the list, such as “Signs”, “Hang Tough” and the obligatory “Love Song”.
The sound on the album is quite raw and simple comparing to Replugged Live and the overall feel is intimate, which is a good representation of the small venues that band plays in Europe.
The mix between the songs is not perfect and it does ad to at the times uneven sounding record, but that’s also the charm of the live concerts and in Tesla’s case it never goes as far as spoiling the musical experience.

There aren’t many surprises on the set list, but the focus on the new songs is a positive one and these are the most interesting cuts on the album. Perhaps because the older songs are experienced live so many times before and for the most part they are better represented on Replugged Live. New songs sound very well live, partly because of the intensity of the recording which fits the simpler feel of the songs from Forever More, and partly because of the interesting aspect to bit more complex feel to the songs from Into The Now and Bust A Nut. “I Wanna Live” is highly energetic and “Breakin’ Free” and “What A Shame” are right in your face, so much that the outstanding solo in “Breakin’ Free” feels even more intense and better despite the fact that Frank Hannon plays just like on the studio version of the song.

This album is not a must, but it’s a very good live album, which serves a very good documentation of the band’s first European tour in a long time and if you’ve been to one of the concerts on this tour than this album is a must for you.

According to Brian Wheat the second album will focus on more obscure cuts from the band’s long career and that combined with the fact that their American shows are much bigger will probably result in another interesting live record from the band that is definition of a live band – hardworking, energetic and genuine.