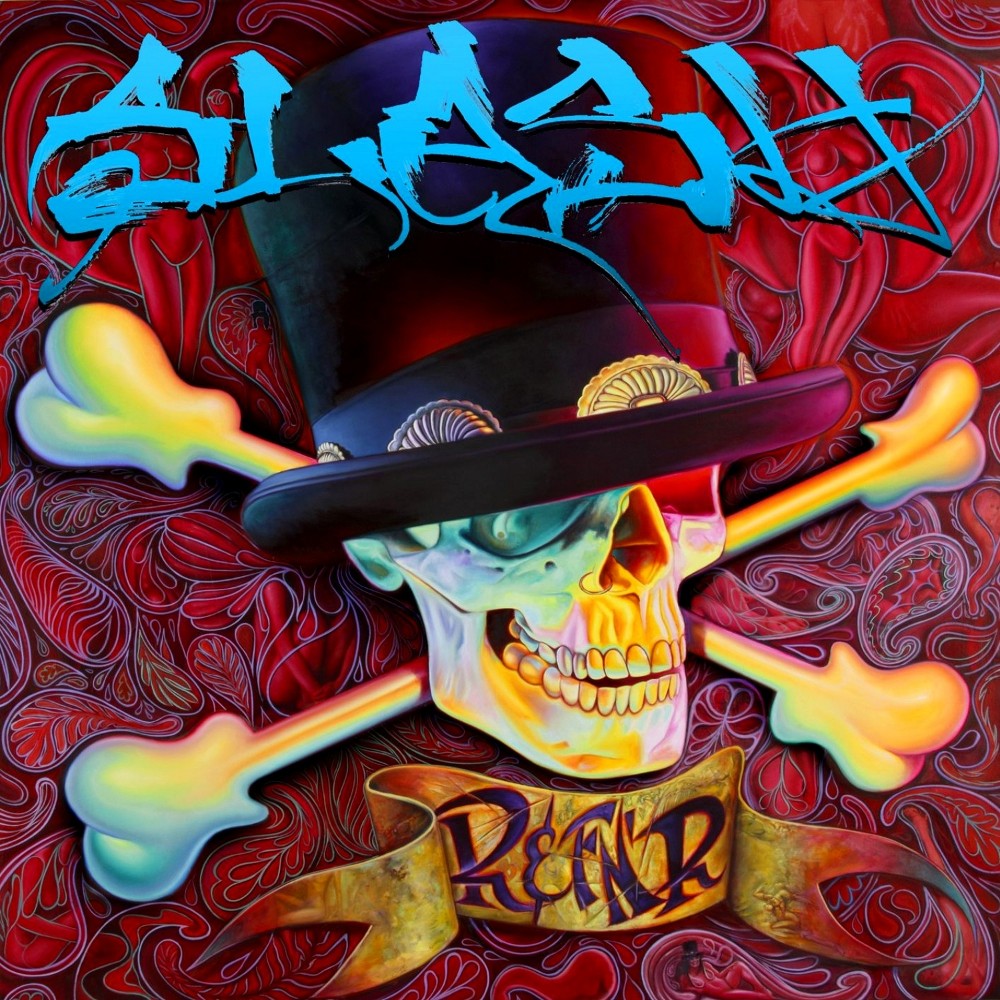 THE guitar hero is back, and for the first time around he is going solo – well if you don’t consider Slash’s Snakepit as his solo records and if you look aside from the irony that Slash’s firs solo album has more guests then you’d bother to count.

What we have here is one of those albums like Santana’s Supernatural, Tony Iommi’s selftitled album or Alice Cooper’s Hey Stoopid!, and, well many other.
What these albums have in common is that they often don’t work because of the too big of the oscillations and the lack of the feel that you get from listening to an actual band.

So how did Slash do trying to pull off this task? Well, he did well, very well, but nothing more than that.

Slash’s debut is collection of perfectly produced, perfectly performed rock songs and a guitar player whose playing is just like dream. Still, the album is not as good as it could’ve been.

One of the problems is that most of the songs seem to be written for the guest performers and while this works well it removes the aspect of the excitement, and partly, the identity of the man himself. But just partly because Slash never departs from that unique sound he OWNS and simply perfect production help to keep the whole thing glued together.
The whole thing also seemed perfectly blended, with an equal amount of ex band members, legendary singers ans well as the very mainstream friendly ones.

The opener “Ghost” is a typical The Cult tune with Ian Astbury delivering, like he basically always does. Ozzy is Ozzy on “Crucify the Dead” and much discussed Fergie of Black Eyed Peas does a very good job on groovy “Beautiful Dangerous”. It’s beyond me that people were freaking about the fact that Slash was going to work with her, I mean just because she makes her living by singing in that band with those songs, was there really anyone who had doubt about her vocal abilities?
“Promise” is one of the most melodic rockers on the album and it just makes you yearn for hearing some new stuff from Chris Cornell.
Much like Ozzy-song, “Doctor Alibi” and “We’re All Gonna Die” with Lemmy and Iggy on on vocals, respectively, makes you feel like there is something missing there.

As for the singers from whom I didn’t expect much, turned up to deliver some shiny moments – Kid Rock is outstanding in emotional “I Hold On”, Mr.Shadows swings well with the music on “Nothing to Say” and Andrew Stockdale of Wolfmother is flawless on one of the albums finest cuts, the first single, “By the Sword”.

UK-edition (one of the numerous edition of this album) offers further three tracks; fine “Mother Maria” with Beth Hart, rocking, but somewhat faceless “Sahara” with Koshi Inaba and cover of Guns N’ Roses classic “Paradise City”. Last of three on the paper seems like one of those songs that just shouldn’t be covered (much like the rest of Appetite For Destruction), but this cover is decant, it’s fun mostly due to Cypress Hill and while there should not be doubt about Fergie’s pipes, her performance is boring and basically a carbon copy of the Axl’s – and we all know that no one sings Axl’s vocals even close to the man himself.

Slash is an outstanding musician and one of those people whose talent and love for the music shines through, more then most of the others, you know like Lionel Messi of guitar. He has created a very good record, but still it feels like this record should have been better.