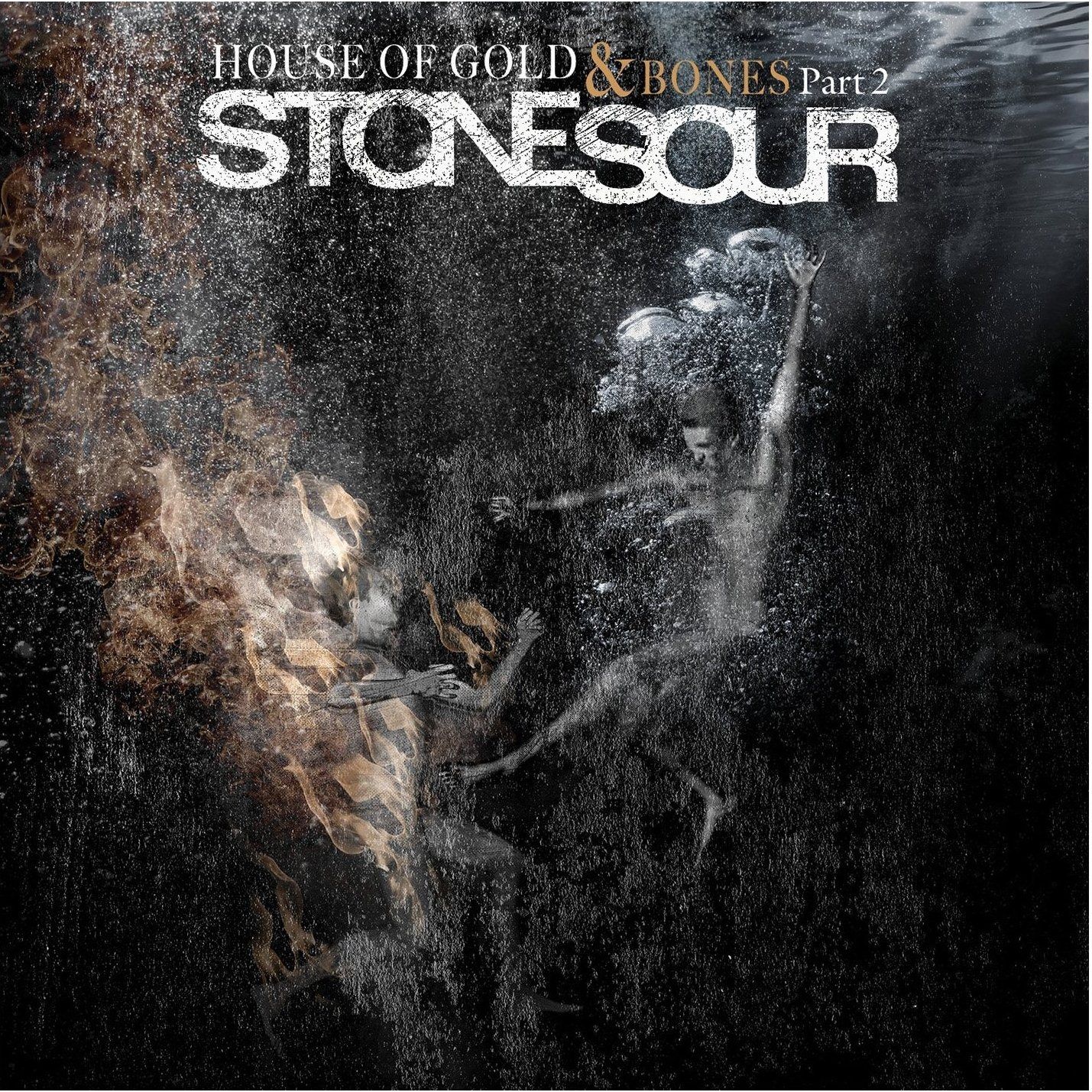 Half a year ago Stone Sour released first part of the conceptual double release entitled House of Gold & Bones. Now the second part is ready and much like they always do, the band has been creating buzz about it for past couple of months. Stone Sour’s approach to creating buzz seems funny for anyone who’s out of their teens, but whatever us geezers might think, the band generates LIKE’s on Facebook like never before and their concerts are well visited. So their strategy seems to be working.
But at the place in their career where the band is trying to get taken seriously it might be an odd strategically move.

House of Gold & Bones – Part 1 might not have been the revolutionary release Stone Sour wanted it to be, but it was defiantly their best release to date showing the band that has grown up as musicians and nonetheless as songwriters.

Second part is as expected more of the same, meaning that it’s largely inspired by the straight forward aspects of Alice In Chains and Pink Floyd, as well as 80’s hard rock scene.

Unlike the first part the album starts in mellow matter in form of “Red City”, a Pink Floyd-inspired tune that focuses around a very typical Stone Sour melody. Already on the first track it’s again clear just how good Rachel Bolan is for Stone Sour sound. Skid Row bassist stepped in to record all tracks on this double release after departure of Shawn Economaki. Unfortunately, Bolan is not part of the live band.

Both albums are recorded simultaneously so sound-wise there are no surprises on part two and the David Bottrill production sounds great.

Mellow songs and the aggressive ones take turns and common for all of them is that they are very melodic, simple and energetic.
However, the songwriting on part two is noticeably weaker. The number of songs that feel like space-fillers is far bigger. Those songs are not necessarily bad, but they don’t get much of your attention either.

There are also a number of musical references to the first album most noticeably in first single “Do Me a Favor” as well as “The Conflagration” and the title track, which are basically copies of “Influence of a Drowsy God” and “Absolute Zero”, respectively.

There are number of references to the above mentioned bands, but “Blue Smoke” comes so close to Pink Floyd’s “Another Brick in the Wall Part 1” that it isn’t even funny.

Generally House of Gold & Bones – Part 2 is much weaker record that its predecessor and while on House of Gold & Bones project, the band has created some of the best music of their careers it still feels that the double album and the concept behind it was too big of a mouthful for Stone Sour. By tossing some of the weaker songs, the band could have created a particularly strong album.
Stone Sour is growing up and it will be interesting to follow them in the future and they have finally stepped out of Slipknot shadow. This was for sure a learning experience for them, but there is a very long way to creating something like The Wall, Operation Mindcrime, Tommy or The Crimson Idol.