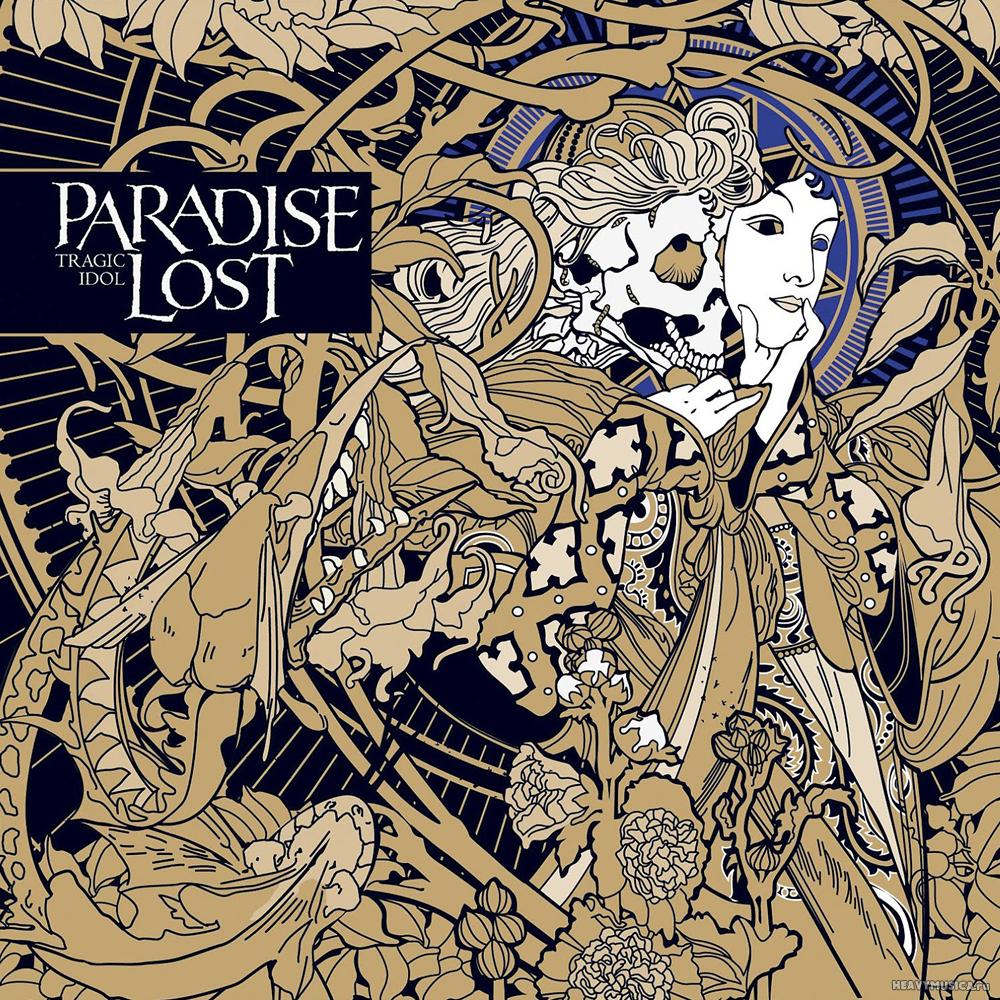 Tragic Idol, now that’s a good title for the record, isn’t it? And the artwork, whilst fairly typical for the genre it’s fresh for Paradise Lost and it can stand proud next to any of their other fine album covers. At the first glance I was sure that it was created by John Baizley of Baroness. However the artwork for this album was created by Parisian artist Valnoir who also worked with Morbid Angel and Laibach.

The new album is again produced Jens Bogren and much like the production on the band’s previous album Faith Divides Us – Death Unites Us, this is a very well-produced album. Personally, I still lack bit more warmth in the overall sound, but the new album is better sounding than its predecessor and from technical point of view Tragic Idol is tremendously produced.

As mentioned above, the new album is in many ways a look back at the first part of the band’s career, but the fact that the Paradise Lost’s thirteenth album focuses on the band’s most successful and acclaimed period is not a surprise. Since the band’s excursion to electronic genre I late 90’s the band has slowly, but surely, been returning to their heavy doom sound. Ironically the gist of the band’s music never changed much, but the often conservative metal crowds welcomed the back-to-the-roots approach.

The return to heavy doom sound was a slow process and it was completed with the band’s previous album. Tragic Idol continues in the same manner and as such it doesn’t offer many surprises, but what it does offer is some very good gothic/doom metal delivered by one of the genres finest and most stable bands.
The album opens with “Solitary One”, which like many of other Paradise Lost album-openers grabs you from the start and turns out to be one of the strongest songs on the record. Just think of “Embers Fire”, “Enchantment”, “Gothic”, “I Am Nothing” and “One Second”. And that song sets the stage to what’s to come – a great display of what this band has been, is and will be, a supreme metal band. Tragic Idol simply never gives you a breather, because one heavy, atmospheric and bombastic song follows another.
“Theories from Another World” and “To The Darkness” are some of the most potent songs of Paradise Lost’s career and title track and “The Glorious End” can stand proud next most of band’s epic highlights.

The new album marks the first Paradise Lost studio release featuring Adrian Erlandsson (Brujeria, At the Gates, The Haunted and Cradle of Filth) on the drums. His abilities are fantastic and his playing on this album is very good, without being trailblazing. Nick Holmes’ vocals have just as much edge to them as they do on Faith Divides Us – Death Unites Us and while melodies might not be the finest of the band’s career, they are very good and with exquisite sense for rhythm. This makes the melodies better than they might seem at first few spins.

The experimenting is gone, but who cares when this band is so good at writing good music, whatever the overall approach might be.