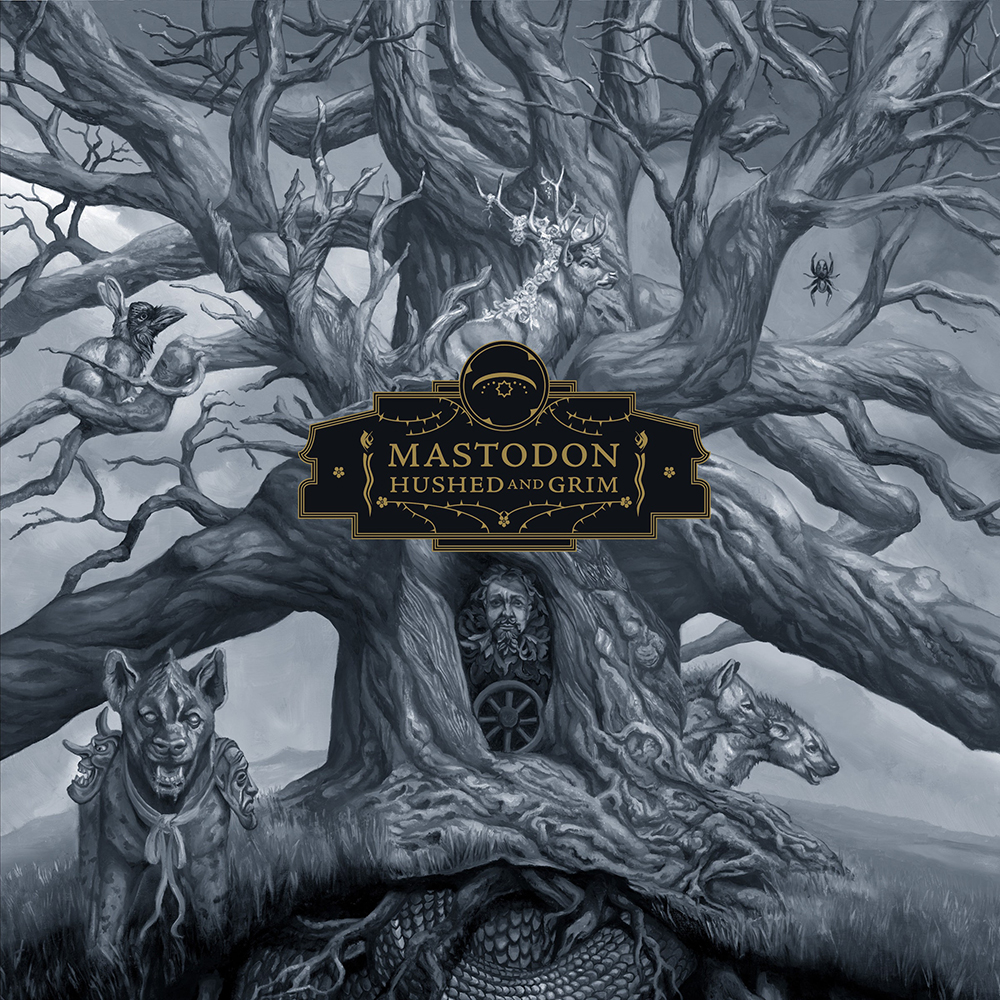 Since the release of their debut almost two decades ago it was clear that Mastodon is a band with massive potential, but unlike so many other bands the Atlanta quartet managed to meet their potential and then some.

Over the years the band has grown artistically and commercially while at the same time exploring the sides of music not necessarily associated with their first couple of records. During that period the band managed to release their career highlight and overall prog metal masterpiece Crack the Skye and broadened their fanbase towards the fans of Queens Of The Stone Age with The Hunter. Their last album Emperor of Sand combined most of the aspects that characterized this band anno 2017 and along the way managed to create an outstanding record. A record, which put some cold water in the veins of band’s first four records, while at the same time giving enough to the fans of later releases.

The somewhat safe nature of Emperor of Sand was basically a guaranty that the follow up would be more experimental. Question was just how experimental.

And even with that notion in mind Hushed and Grim does come as somewhat of a surprise, partly because it’s a double album but also because of the direction the band has taken on this release. Hushed and Grim sees the band at their most melancholic and psychedelic musically, but also sonically. Hiring David Bottrill to produce the album of this course and magnitude was clearly the right choice on the paper, but after few spins of the record it’s clear that the Tool-producer was just the man to help band grasp the massive task and solidly steer its rather broad course.

While The Hunter saw the band navigating towards more approachable rock inspired approach, with a clear goal of crossing that mainstream edge, the new album, while overall their mellowest, it’s by no means their most commercially friendly

How does that hang together?

Well despite its overall mellow sound its sound is epic and complex, and the overall feel of the album is very psychedelic and in general not easy to digest. Even the catchiest of the songs such as “Pushing the Tides” and “Teadrinker” don’t have the same straight-forward rock-fan appeal of “Curl of the Burl” and “Show Yourself” and as such might not resonate with the average fans for garage and desert rock

Bottrill has done an eminent job gluing the album together despite the band exploring such diverse influences. The moments of sheer Pink Floyd beauty, stoner rock of this century, 70’s psychodelia, early Mastodon metal mayhem are all tied incredibly well together. Also, the countles sounds and instruments are effortlessly incorporated in the overall rich sound experience with just about perfect balance, regardless if they are firing old school Mastodon on all cylinders on “Savage Lands”, gong down the Pink Floyd hole on “Had It All” or going full-on 70’s psych together with a massive organ solo on “Skeleton Of Splendor”.

And speaking of organ, keyboardist João Nogueira deserves big shout-out for his contribution to this album. Another aspect of this album that really does deserve praise are the vocals. Who would have thought that the two vocalist, which sang on those first couple of records would develop into decent (studio) singers and these days they even share vocal duties with Dailor, who is actually by far the strongest singer of the three. Heaving three different and diverse singers on the album ads to its dynamics and once again thanks to Bottrill, they are very well put together against each other and against the music.

Hushed and Grim is an extremely personal and emotionally charged, something the band has never been shy of exploring, but with the mellower overall feel and with some truly heart-breaking lyrics and melodies it seems like the band has reached new heights. The album is inspired by loss of bands manager and mentor Nick John who passed in 2018. It seems tragic loss is the fuel for some of Mastodon’s most career defining records. Crack the Skye was inspired by suicide of Bran Dailor’s 14 year old sister, The Hunter was inspired by loss of Brent Hinds’ bother and Hushed and Grim is a double album dedicated to passing of John.

There is no doubt that with this album the band has created a massive and brave album. Releasing the double album with such significant difference in direction does take balls, but when it’s so well executed, and the band has so much to say it does make sense. On the other hand, however, the album is too long, not because of its long running time, but more so because there are songs and parts of the songs on it that don’t live up to the level of the rest of the record and as such come across as space fillers. And this affects the overall experience of the album, which is pity, not only because this is such a good album, but because with the direction the band has taken on it, it is a defining record for them.