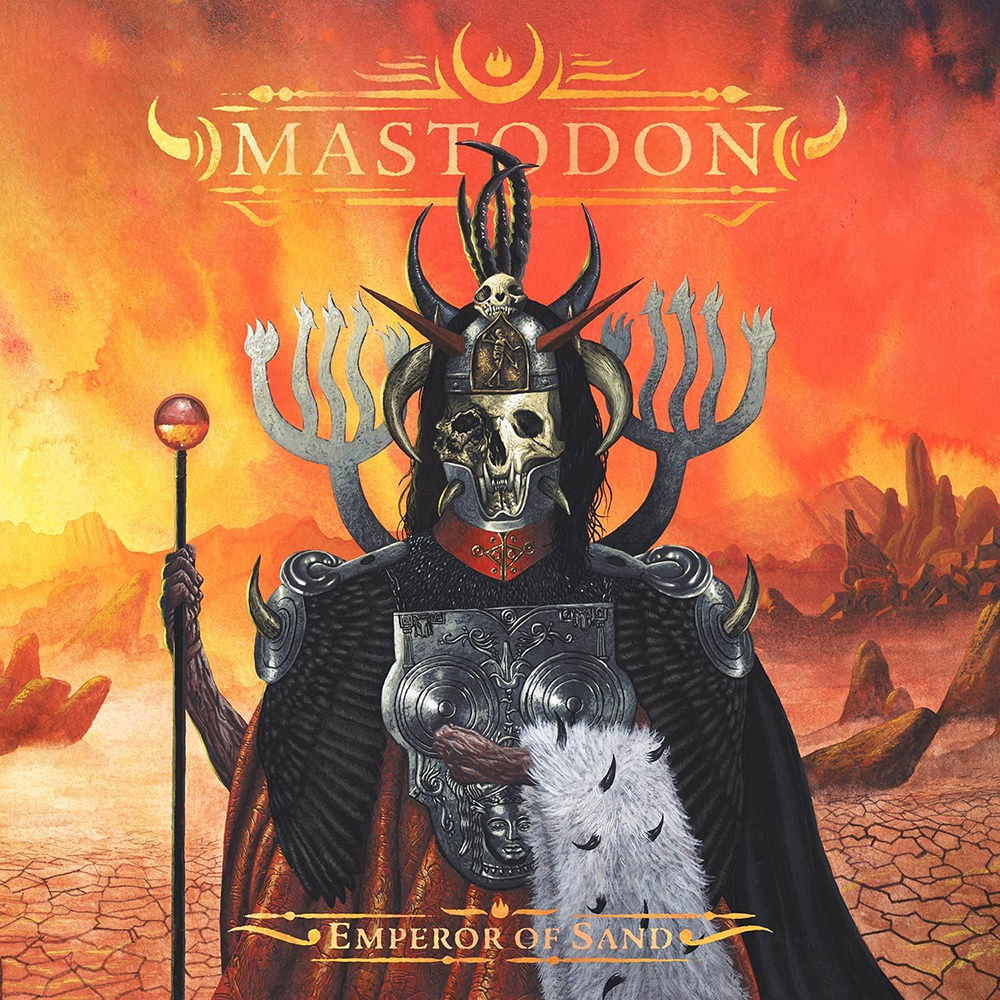 When Mastodon released Crack the Skyeback in 2009, it was a major step into the big league- commercially and even more so creatively. To this day the album stands as the pinnacle of their career. Since then the band has released The Hunter in 2011, which has been their attempt at seriously breaking into the mainstream. For the most part they succeeded blending the Mastodon trademarks with the approach that was easy for mainstream audiences to digest.

Since then, however, it was bit quiet in the Mastodon camp. 2014’s Once More ‘Round the Sun was a bleak representation of the band and weak attempt at keeping the grasp of the newfound fans, which they won with The Hunter. Much more interesting and exciting were some of the side-projects the band members were involved in, most noticeably Killer Be Killed, Gone is Gone and Giraffe Tongue Orchestra.

In 2016 the band got back together with Crack the Skye producer Brendan O’Brien to start recording what became Emperor of Sand. Ever since it was announced that O’Brien will produce the album, it sparked the rumors about the direction of the album. And yes, those were true. This album does see the band tapping again into the heavier and proggier side of their musical heritage.

Few songs in, it’s clear that O’Brien is THE producer for Mastodon. He gets the band and he gets the best out of them. The sound is extremely well balanced, but at the same time raw and unpolished. On Emperor of Sand he highlights the rawness and subtitle atmosphere in the music so perfectly that the result is a unique bland of the two.

What differentiates this album from the rest of the band’s catalogue are the aspects that might not be that obvious, but in the overall scope they play a massive role. Melodies as well as guitar leads are more diverse and emotional, while the lyrics are some of the most honest and vulnerable of their career. Don’t take me wrong, I enjoy lyrics of psychedelic space-sex as much as the next guy, but the humbleness of the lyrics about one man’s journey to face the death stuck a whole other nerve.

Another hugely important aspect is less obvious, but it ads immensely to that intensive atmosphere and feel of the album. These can be provoked by percussion, odd guitar or keyboard sounds. Their impact on the album is huge yet they are almost hard to spot.

One of the concerns I had about the album was the fact that Brann Dailor was joining Troy Sanders and Brent Hinds on vocals to a far larger degree –  he’s joining in on lead vocals on eight out of eleven songs! Dailor is actually better singer then both Sanders and Hinds, but his singing never really matched Mastodon’s music.
Fortunately, for the most part his vocals work surprisingly well. Perhaps it’s because of the nature of the songs, and certainly, thanks to O’Brien and his understanding and skill of producing and arranging Mastodon and music in general.

The album is filled with huge riffs and (at times over the top) blistering drumming, but it doesn’t seem way too much in your face or pointless. On contrary it serves a purpose.

It seems that from time to time Mastodon need some kind of let-down in order to shake up and create something truly impressive. It happened after weak Blood Mountain, when they created masterpiece that is Crack the Skye and it looks very much like that after Once More ‘Round the Sun, the band has again created a truly great album.

Emperor of Sand is massive yet humble, it’s filled with songs whose impact is colossal yet easy to relate to.