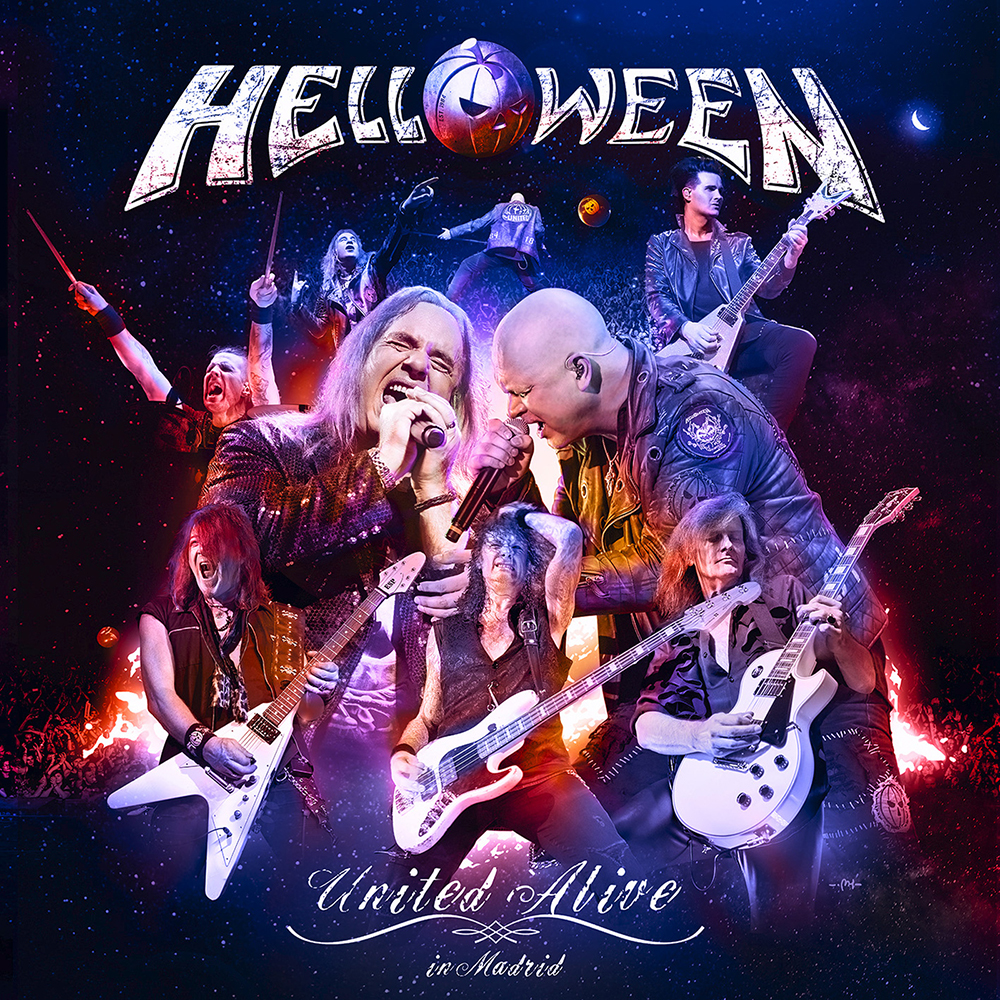 2017’s Helloween reunion exited the band’s fans who never really stopped requesting some sort of classical Helloween reunion.
The overwhelming demand for reunion with vocalist Michael Kiske and guitarist Kai Hansen comes despite the fact that the two have been in the band for only seven and five years respectively. Kiske’s replacement on vocals, Andi Deres has been fronting the band for quarter of the century, but the fact that it was with Kiske and Hansen that band created their most iconic albums always seemed to weigh most.

And then it happened, and we ended up with a band consisting of two vocalists, three guitarists, a bassist and a drummer. At the same time it did feel somewhat bitter that longtime guitarist Roland Grapow and drummer Uli Kusch were not part of this reunion. But despite that and the somewhat pompous nature of the of the reunion the band proved to be ready to take on the massive task, which they also cemented at last year’s Copenhell festival.

Since the reunion the band has released one new song and are currently working on a new album. In the meantime, a 3-disc live album came out to commemorate the tour.

The album is recorded in Madrid, Spain, with four bonus tracks recorded in selected European and South American cities. What you get is 24 tracks that mostly focus on Kiske-era and earlier Deris-era, but there also few tracks that fall out of that category such as early Helloween medley with Kai Hansen on vocals, (“Starlight / Ride the Sky / Judas / Heavy Metal Is the Law)” and dreadful “Are You Metal?”

The potential obstacle of too many people involved in this reunion was elegantly overcome live, but on the album more-is-more approach doesn’t work as well. The three guitars, two (and at times thee) lead vocalists, plus numerous backing vocalists was fun and well controlled when experienced live, but on this album, it becomes messy and unbalanced. Some of the fun aspects from the show just don’t translate in this sonic experience, like the fact that the two main singers share the vocal duties on majority of songs. This spoils the flow of the songs and while Deris’ vocal performance has lately gotten better he’s still dragging miles behind from Kiske, who is simply one of the finest singers in the history of the genre. The lack of balance between two, often results in songs that lose the feeling of the whole and make it harder for listener to immerse into.

As mentioned before Deris does a solid job, but Kiske overshadows just about all the remaining aspects of this album, including when he sings “Deris’ songs”.
So the absolute highlight of this album is Michale Kiske’s outstanding skill and the dynamics in his singing are still staggering. This goes for height notes as well as low. He completely steals the picture during the second chorus of Deris-era ballad “Forever And One”, where the warmth in his low-end notes is just as outstanding as his interpretation of this classic Helloween song. Moments like that and the fact that we get to hear him sing “Keeper Of The Seven Keys” make worthy investing into this recording.

Musically there is not much to complain about, the band plays well, but sonically the album lacks the live feel and balance. This partially because of the production and over-compressing. Drum sound is miles away from decant genuine live sound and hearing the drums alone in the beginning of already weak “Rise And Fall” or in the middle of “Eagle Fly Free” is almost painful. Not because they sound unprofessional, but because they sound sterile.

Helloween has always been somewhat clumsy when it comes to introducing the songs and verbally communicating with the crowd and United Alive in Madrid is not an exception. Examples are many, but Hansen’s introduction to his medley is truly gut-wrenching as is the failed timing between Deris’ introduction to “I’m Alive” and the actual start of the song.

Helloween pulled this reunion off exceptionally well live, but that doesn’t translate into this live recording where many of aspects just don’t work. Seeing Hansen, Deris and Kiske ping-pong the vocals on “How Many Tears” live was fun but live it’s just messy and highly uneven. The album lacks live feel even more so than the previous two live Helloween albums.
Back in 1989 band at height of their career released a live EP entitled Live in the U.K., which is a not only a immaculate example of how to translate the Helloween’s live show onto an audio recording, but also one of the finest examples of live recording within the genre. Unfortunately the band never released the full recording of it, and the attempts to release a worthy Helloween live release since has failed each and every time. We can only hope that the band will keep on playing those good live shows and that that one day they will release the full version of Live in the U.K. which is the live recording that does this band and its legacy justice.