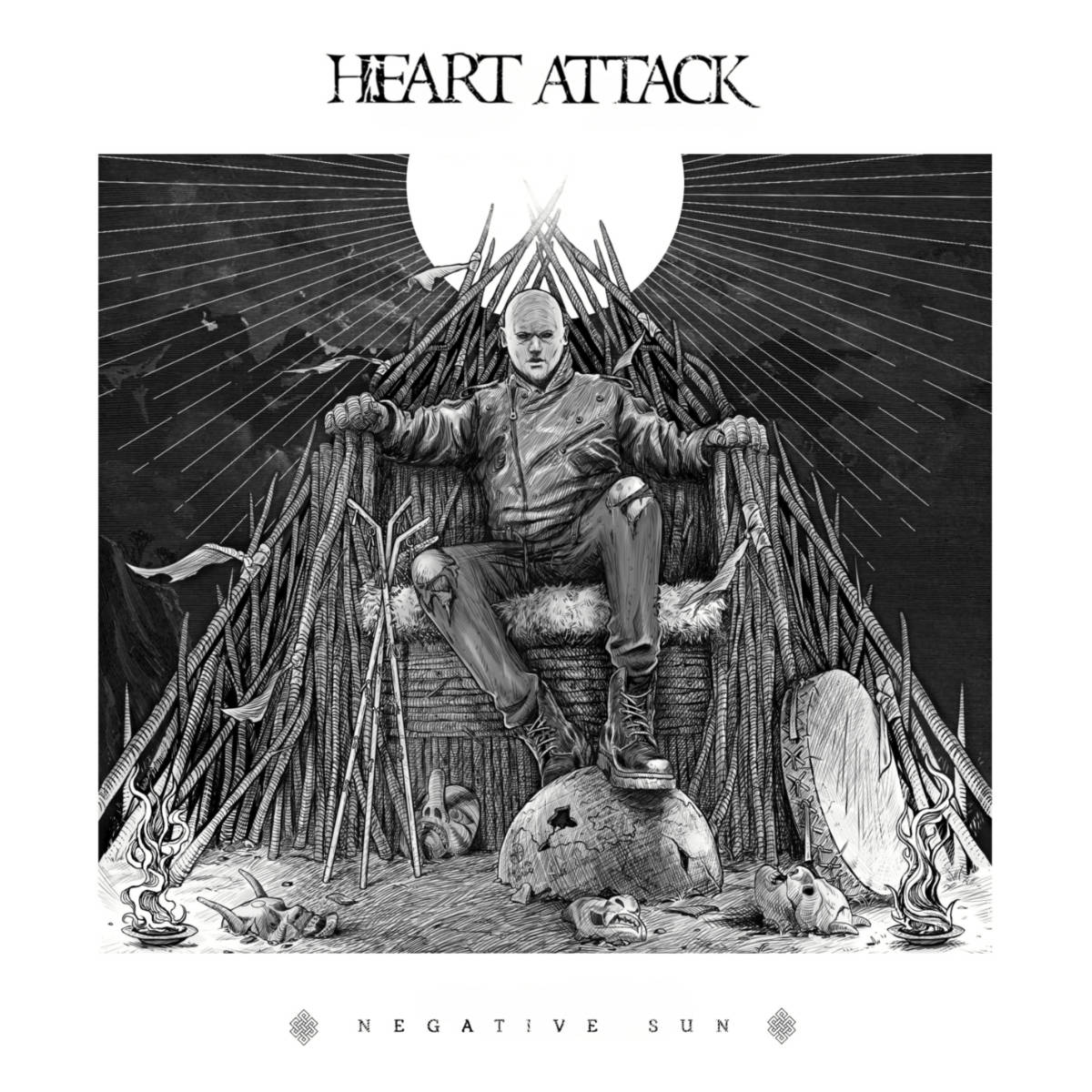 More than five years have passed since the release sophomore album by French thrash/groove metal band Heart Attack, the rather strong and promising The Resilience. It was an album that like many others by the younger bands in the genre, took bit too much inspiration from Machine Head’s landmark debut Burn My Eyes. But unlike most of the others Heart Attack’s approach was simply on fire, giving it genuine feel.

And then things got bit quiet. Sure, we had a pandemic which probably delayed the release of the follow-up, but something happened to the band in those five years. Something interesting.

First of all, the band has signed a new label, a label that apparently sees this band’s potential as something they should invest considerably into. Prior to the release of the album, they have released four songs, three of which got some seriously budgeted epic videos.

Furthermore, while it’s clear that the band is sticking to that Burn My Eyes sound, the overall approach has shifted or rather broadened. Sure thing, also musically the band still does dip into that 1994 classic, which so eminently bridged the gap between first wave of thrash metal and groove metal which was famed by Pantera. But this time around there is also much more to sing your teeth into.

The broadening of horizon on Negative Sun is rather explosive both when it comes to music and the overall approach to creating an album and everything that follows that process. While its predecessor and the band’s debut in a big part rested on the hunger of delivering that, truth be told, good material, the new albums hunger is somewhat different. It’s not the hunger of struggling young band, but rather that of a band ready to seriously unfold their potential.

So, what did band change musically? Well, they’ve basically grown without stepping out of that established path. This album is immense, and the band rises to to the occasion with conviction.

They open the album with +2 minutes long intro which in itself is ballsy, but it’s an interesting intro which also makes sense in the context of the album as a whole. And as for the album, the band has set the clear firm path for it, but withing it Heart Attack is exploring their fluid creativity conspicuously, yet firmly. The flow is eminent within the songs as well as during the course of the album, regardless if the band is going with the straightforward Inspirations, black metal elements, atmospherics sensibilities or whatever they might be doing. During the entire trip they grab firmly hold of the listener.

The band also cleverly places songs that are more layered and more epic in their feel to add to the overall dynamics, like halfway through the album with the album highlight “The Messenger” and towards the end with truly masterly vital title-track. Unfortunately, instead of letting it close the album immaculately, they close it with a pointless cover of Genesis’ “Jesus He Knows Me”. Perhaps the only point of doing this cover is gaining some attention, but when the result is so typical and tedious, it closing the album just does water-down the entire experience of this album. And truth be told it doesn’t represent this bands might.

Other than that, the album is pretty consistent when it comes to quality. “Twisted Sacrifice” loses its grip some, despite it being perhaps the most straight-forward heavy tune on Negative Sun. Likewise “Bound to This Land” is solid song, but doesn’t live up to the rest of the material.

Sonically the band has also upped its game while using the same formula and while the sound might not be original it’s very good and it’s so refreshing to listen to a band who understands that compression of drums doesn’t need to make them sound sterile. The drum sound is much like Chris Kontos’ sound on Burn My Eyes, compressed, but with plenty of backend making them sound big and modern, yet with dash of that rich quality.

Heart Attack have grown and while they can’t do much about that name at least they improved the cover artwork some. But most important of all the band has grown musically and when it comes to the overall approach of being in a music business, while at the same time staying true to their core.

On Negative Sun Heart Attack are unleashing their potential and that makes then hungry as hell.