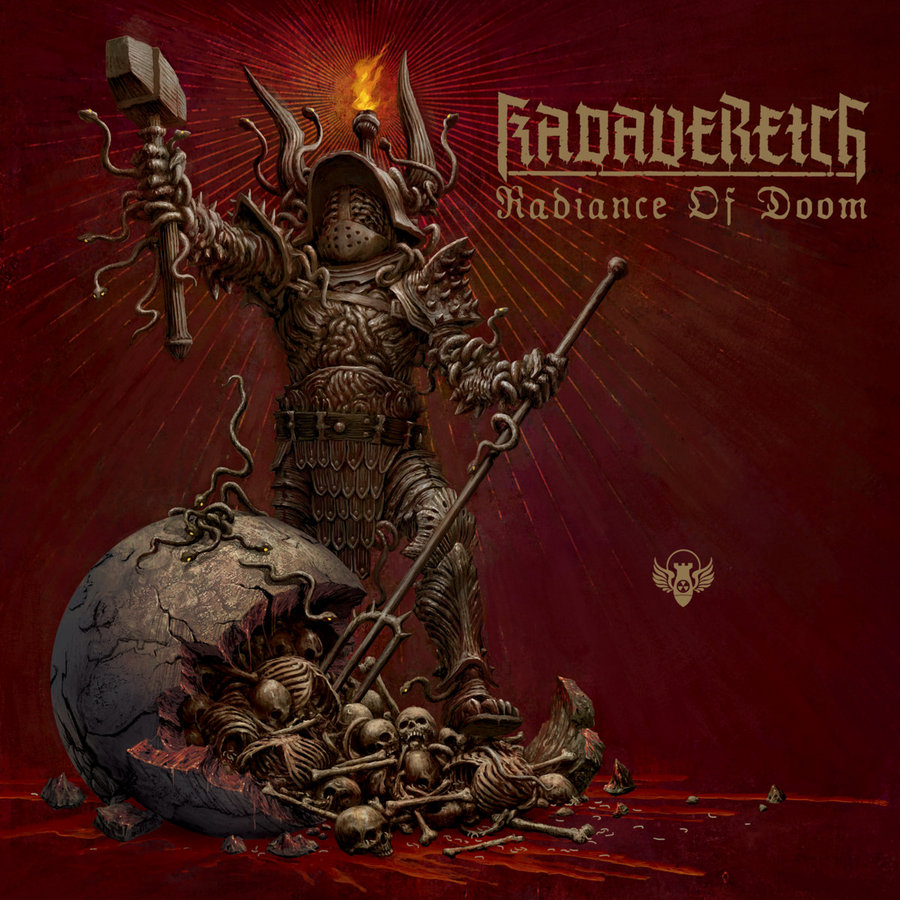 Kadaverreich is a Russian-based Doom Metal act, one that as of time of writing seems to have three years of experience under their collective belt, not counting the excessive amount of time each of the five musicians spent in different other bands under different monikers – In some cases adding up to twenty years of active service within the Black and Death Metal genres, as it were.

Now to me Kadaverreich has all the hallmarks of a side project; It is somewhat inactive, primarily made up of band members from other, far more well-established bands (in this case bands such as Todestriebe, Grond and Act Of God) and yet shows a level of expertize and professionalism that would be unfair to expect from a newer band whenever they finally do release a record. Case in point, Radiance Of Doom, Kadaverreichs second release since their inception three years ago (an EP only preceeded by a Demo the year before).

As one would expect from a Demo it is somewhat short, consising as it does, of four tracks that adds up to a grand total runtime just shy of the twenty minute mark. Now aside from the problem I always have with Demos and EP’s (namely that they are too bloody short), Radiance Of Doom is a very enticing Death Metal release since it, to me at least, works both as a time capsule to my favourite era of Brutal Death Metal (the nineties, from which Kadaverreich seems to draw a not inconsiderable amount of inspiration) as well as incorporating the sinister oppressive feel that I have come so associate with the Russian Metal scenes overall. Sure, it is not a violently depressive and soul-crushing as some of their Funeral Doom kinsmen, but I find the relentless guitars, clockwork-efficient drums and massively distorted bas works as a fine backdrop to the rolling, guttural growls working so hard and efficiently do drown us in the filth of the world surrounding around us.

”CCCIII” in particular caught my ears, not only as an excellent showcase into what this particular band of musicians can produce when supporting one another, but as a stand-alone piece of old-school Death Metal as well. Hell, I can practically see Kadaverreich tour and warm up for Bolt Thrower back when they were still active – And I would most certainly enjoy every second of it.

Below, as usual, can be found links to further study the band. The YouTube link is to the Demo in its entirety (as it is best enjoyed in my humble opinion). No FaceBook link today since I was sadly unable to find one – Instead, I am linking to their Bandcamp directly.

Recommended for fans of Bolt Thrower, Suffocation and Deicide.