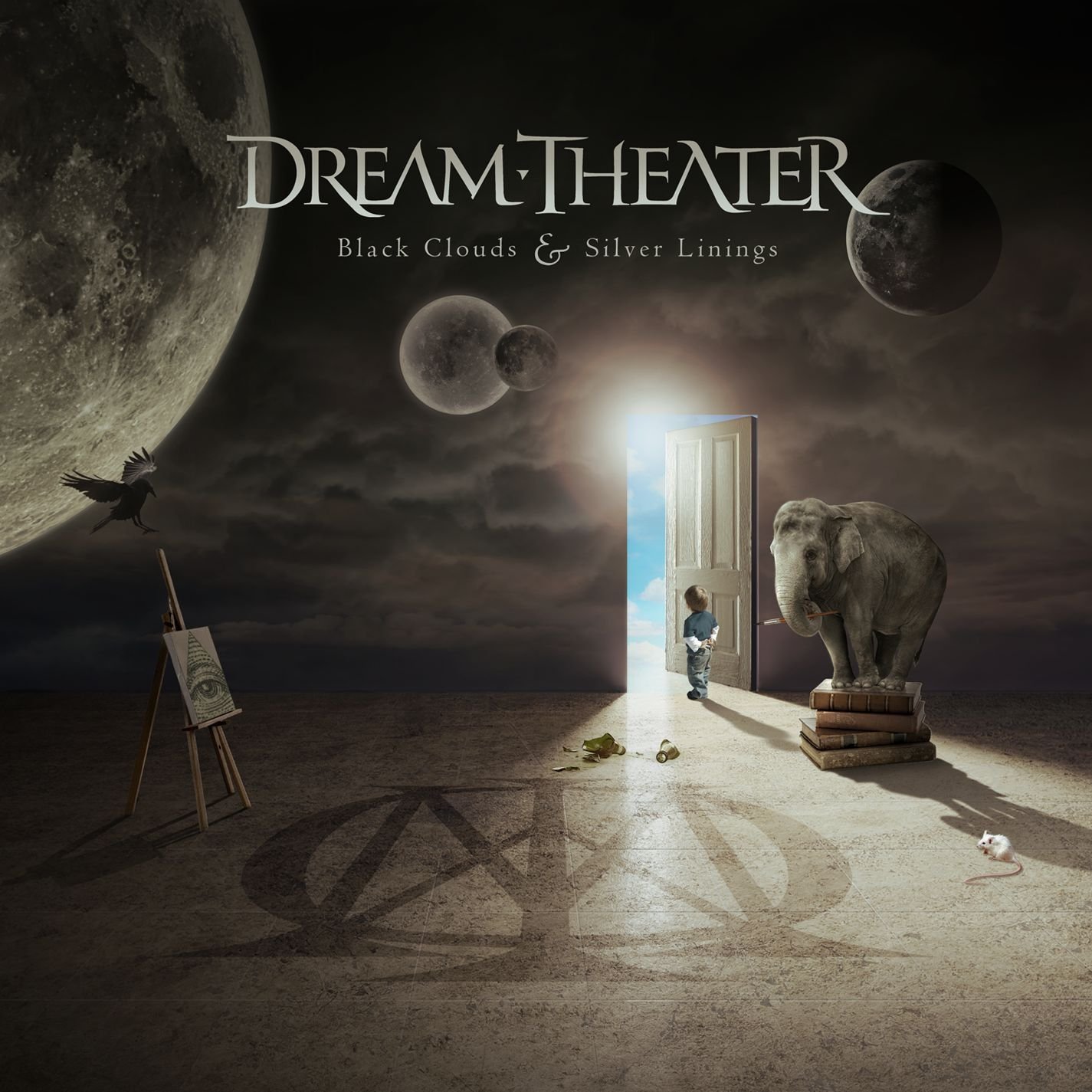 Undisputed kings of progressive metal keep to their new-album-every-two-years routine, which is once again produced by band’s own John Petrucci and Mike Portnoy. And this is where one of the problems of Dream Theater’s tenth album lies.

For six albums now they have produced Dream Theater’s albums and while their capabilities are very good, they lack just about any form for development and looking out of the box. With exception of 2005’s Octavarium, all these albums sound very alike and while they are well produced, they lack sense of excitement, unpredictability, true creativity and vulnerability.
Another problem is that, since they signed for Roadrunner Records it seems like the band has given up exploring the new musical worlds and have pretty much relied on their professionalism and outstanding musicianship. This was clear on the band’s previous album, but even more so on the latest release.

Black Clouds & Silver Linings presents nothing new and while the band is without a doubt outstanding, this album sees them in one of their all time lows, with unimaginative arrangements and songwriting.
Mike Portnoy’s performance too, is unimaginative and too flashy. Just compare his performance on “The Best of Times” to, for instance “Scarred” from Awake.

Bombastic opener “A Nightmare to Remember” is completely destroyed by Portnoy’s attempt to growl and basically every time he tries to sing, be it growling or Queen inspired screams it ends in almost embarrassing moments.
First single “A Rite Of Passage” is a typical DT single, but with a middle section, which feels like it was put there in order to take some of that first-single-feel.
Sixth and last part of Portnoy’s saga about his alcohol addiction entitled “The Shattered Fortress” is suprisingly compact +12 minutes piece which with ease combines lyrical and musical themes of the previous songs from this so called Twelve-Step Suite. Ironically this is perhaps the song with the best flow and it will be deffinatly interesting to hear the band performe all six songs live at some point.

Lyriclly this album is much more personal then the previous albumt, touching subjects of car accident, loss of father, writer’s bloc etc. “The Best Of Times” wich deals with Portnoy’s loss of father presents the band in a good flow for the most part and it finnished glorouosly in John Norum-like three minute finale delivered flawlessly by Petrucci.

This is in no way a bad album, but after hearing it ten times or so and then following it by a spin of entire DT discography, it is clear that this one of their weakest releases, just as it’s clear that the band is in need of refresment.