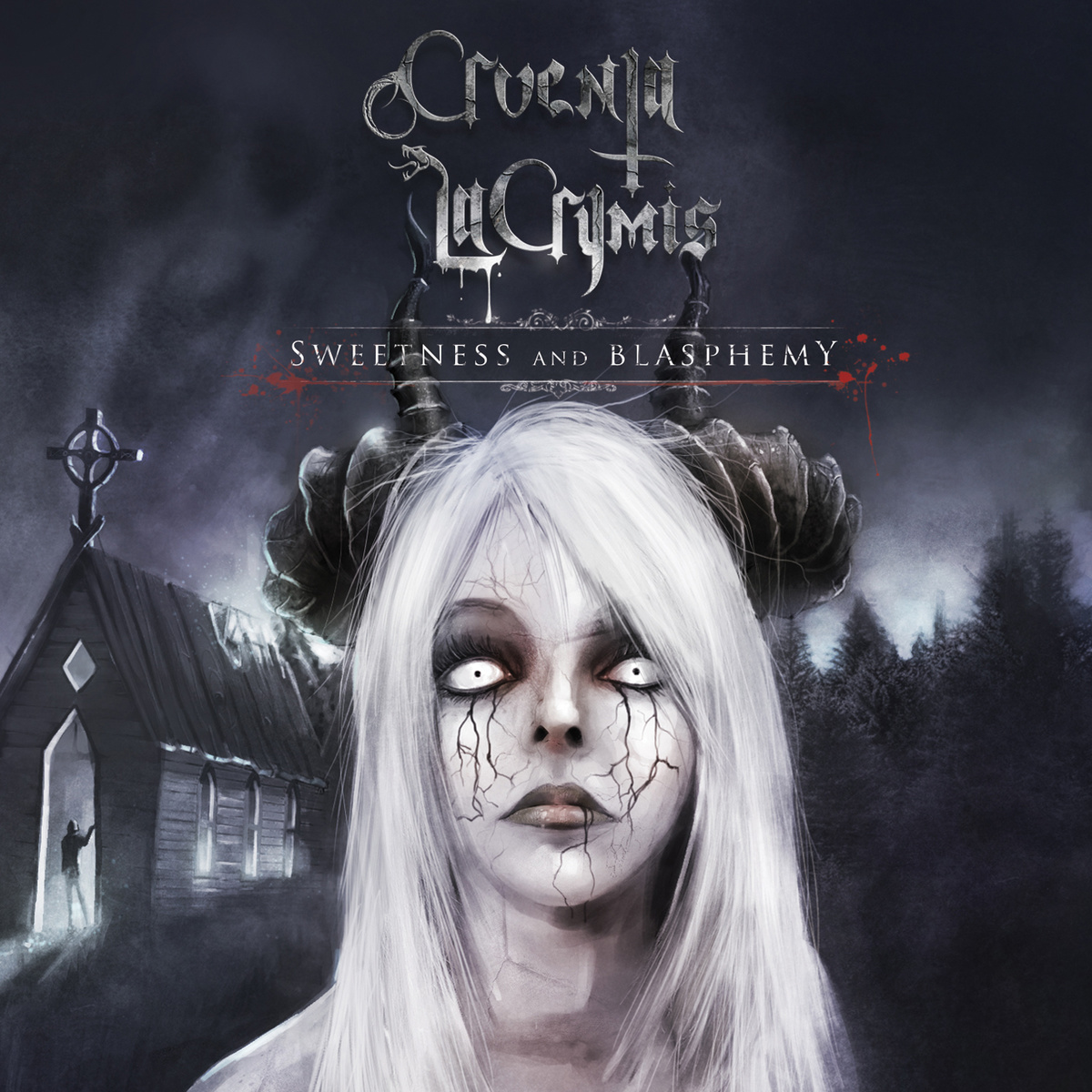 Cruenta Lacrymis is a fairly new band, having been around for about three years, being assembled somewhere in the year 2012. And, after three years of writing, planning, mixing and creating, Cruenta Lacrymis released their debut album earlier this year, given the fascinating title Sweetness and Blasphemy.

The four Italians have taken a, by now, well‐known and well‐liked recipe of taking a melodic approach to the more traditional Black Metal sound. This is extended even further by making the vocalist female who, in this case, is very talented in portraying both a feminine growl and a powerfully overthrowing one. Her three fellow band members are all just as talented on each of their instruments, merging together to create a string of eleven small stories, each envisioned as a track on the album who, in turn, is divided into two halves: Blasphemy, which is the first five tracks on Sweetness and Blasphemy and Sweetness, which is the final five. Mind you, this is not a concept album, nor is there a overall theme (not one that Cruenta Lacrymis has publicly announced, anyway), yet the band still manage to create a whole album, with all of the songs clearly belonging to the same creation despite being excellent tracks in their own right. The Sweetness song ”Luxury” for me, is definitely the track that I would recommend, assuming that you do not have the time to listen to the album in its entirety. True, it is not all that unique within the Black Metal scene, yet just enough to stick out, without being something all new; Just the way I like it.