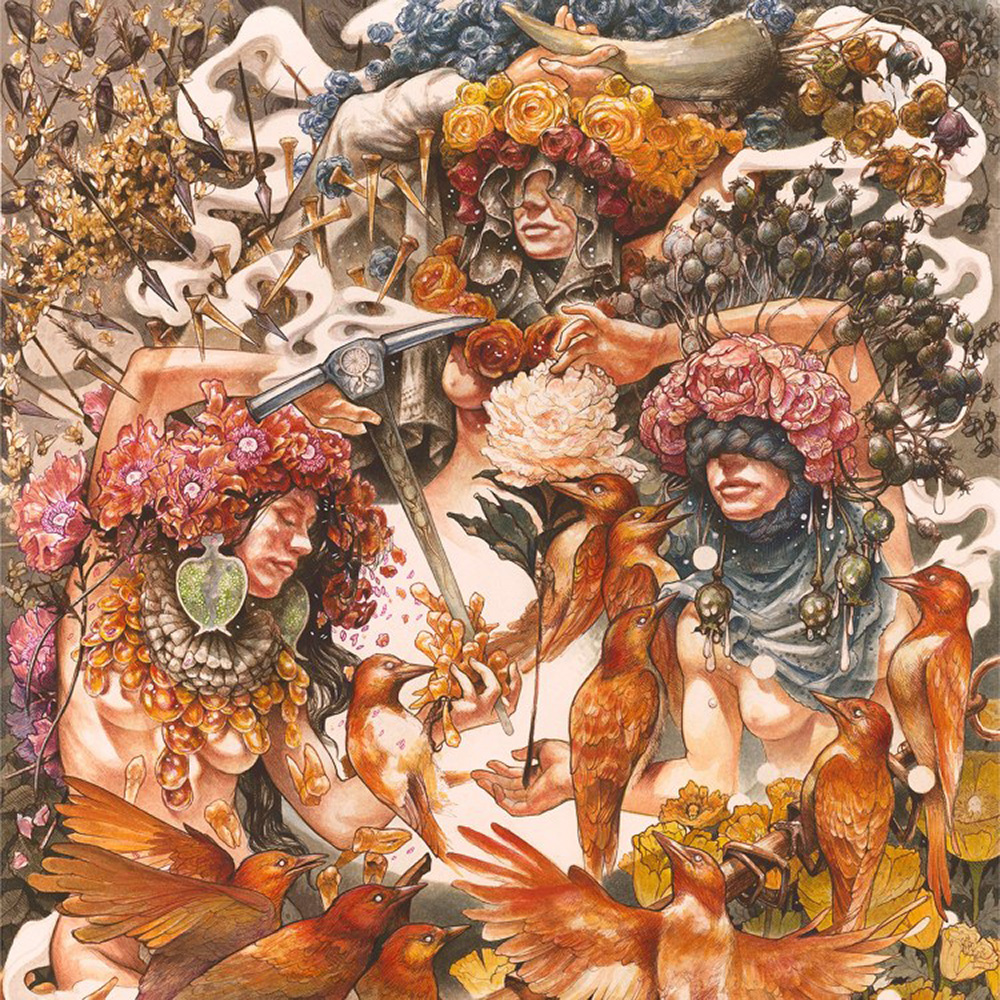 Ever since their 2007 debut, Baroness have been broadening their horizons, growing as artists as well as commercially with each new release. 2012 turned out to be a pivotal year for the band, seeing them release their most ambitious release to date Yellow & Green. Later same year, the band was involved in a serious traffic accident, which resulted in two members leaving the band.
On the follow-up, Purple, the band the band dialed down on the experimentation but dialed up on the accessibility of the material. The album might not have been the band’s finest or most stirring, but it was a very important for the band; coming back strong after the accident and nonetheless gaining much broader following.

Since then band’s guitarist Pete Adams also parted ways with the band, leaving band’s mainman John Dyer Baizley the only original member left in Baroness. Filling Adams’ place on guitar is Gina Gleason, who’s already a familiar face to band’s fans, because she’s been with them on the road since 2017. Live she did a very good job with the band, but Gold & Grey is her recording debut with Baroness and it’s there she needs to truly prove her worth.

Somewhat expectedly, the new album places itself somewhere between the previous two albums; musically and sonically. There are plenty shorter straight-forward rock songs with catchy choruses sure to work as good sing-along songs in live setting. At the same time there almost just as many more experimental songs exploring the more experimental and softer sides of the band

There is a sense of band being at the place where they feel comfortable enough to dig deep and create an album that is self-examining is a healthy way. This album that uses a broad spectrum when it comes to music, lyrics and arrangements, yet at the same time it comes across as humble, down to earth, honest and even straight-forward despite its apparent complexity.

The upbeat rockers such as “Front Toward Enemy” and “I’m Already Gone” do come across as straight-forward and catchy, but the level of detail of arrangements and the vibrance of the performance takes the songs (and the album in general) to another level.
The beauty and psychedelics of the slower moodier material sees the band’s emotional side all the way up the listener’s face and it’s in these songs that the songwriting, arrangements and creativity really take the front seat. “Cold Blooded Angels” is not only perfect example of this, but with its bone-chilling honesty and depth as well as outstanding songwriting it might just be the most uncompromising and finest tune the band has ever recorded.

The 17 track release might be bit too long and some of the numerous intros could be dropped, despite their role in creating the overall atmosphere of the album. The songs themselves would achieve that very well on their own and album would come across as more compact and focused.

The performance is extremely good and filled with ever-present sentiment and for the most part the band does everything right. That’s maybe why when they do something like blast-beats and drum-flashiness on otherwise brilliant, “Seasons”, it stands out as sore thumb. Not because of the performance itself, but because it just seems out of place.

Nick Jost’s jazz background is one of the elements that broadens the musical horizon on this album and so is his keyboard playing, which might be subtle at first sight, but its importance on the overall sonic experience is essential.

And as for Gleason she har for sure proven her worth on this album and the band in general. Her guitar playing, and vocal harmonies not only suit the music, but enrich it another dimension. She seems to be Yin to Baizley’s Yang.

And speaking of Baizley, if you’ve ever had chance to talk to him or see play him live, you know that he’s the real deal. A multilevel artist, who is brave enough (or can’t help himself) to wear his heart on sleeve and it’s for the biggest part thanks to this approach, curiosity and enormous portion of talent that this band is what it is today.