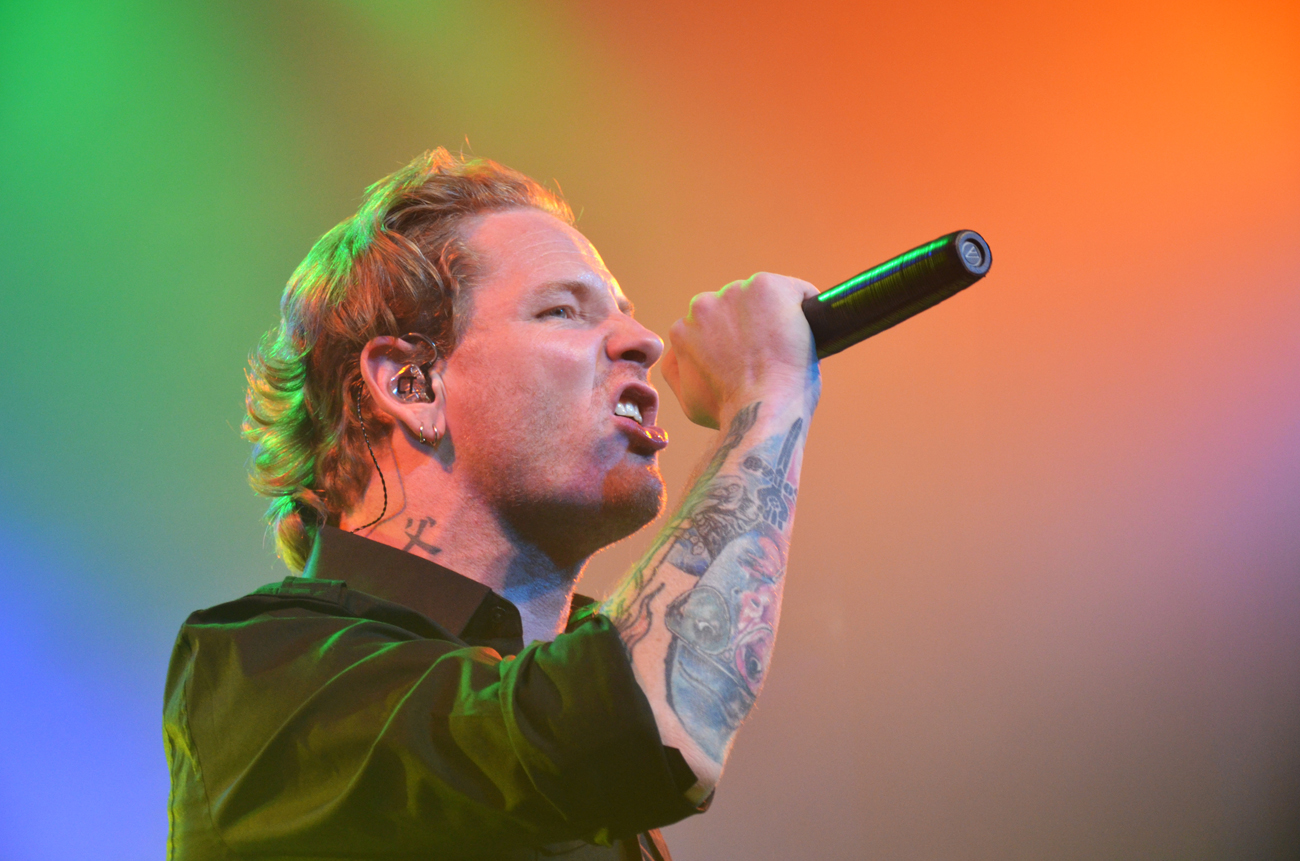 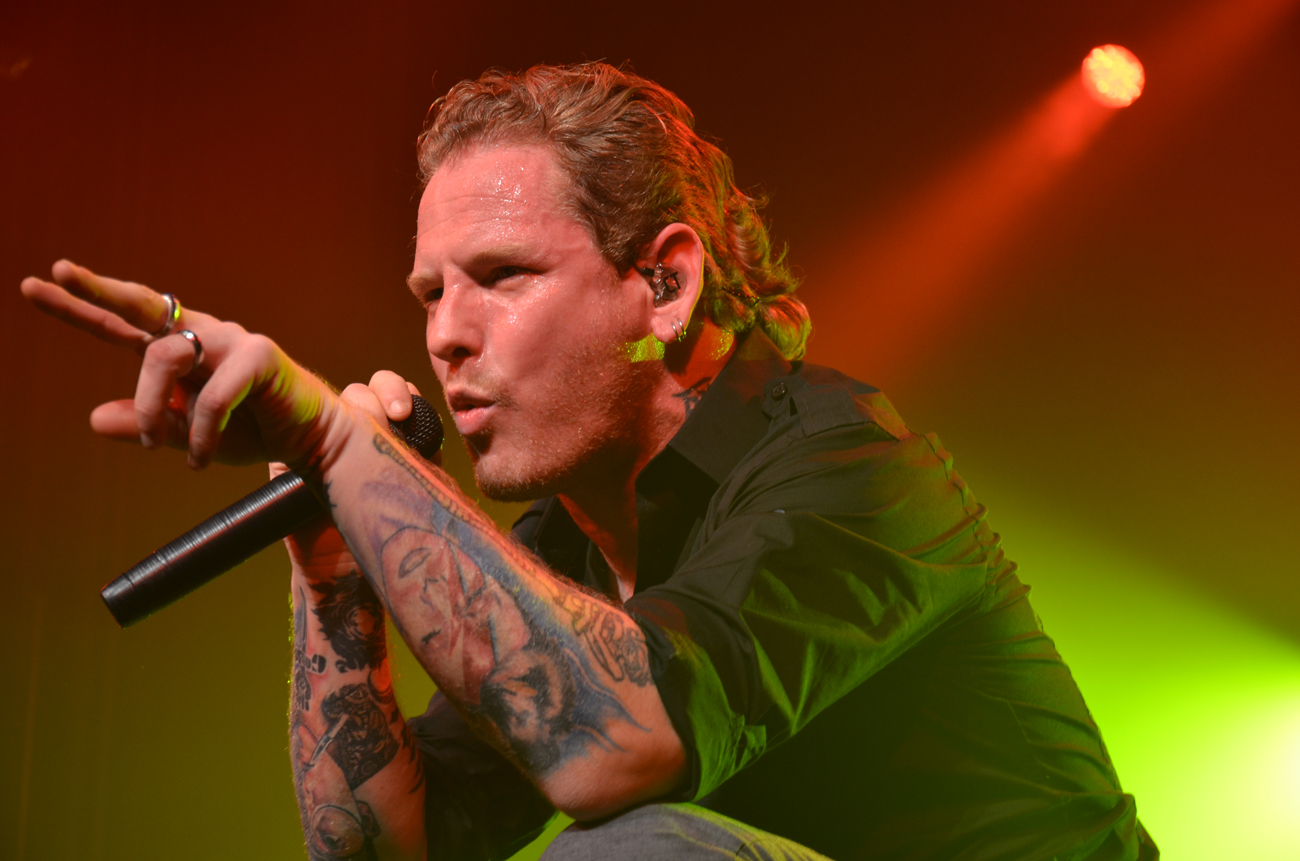 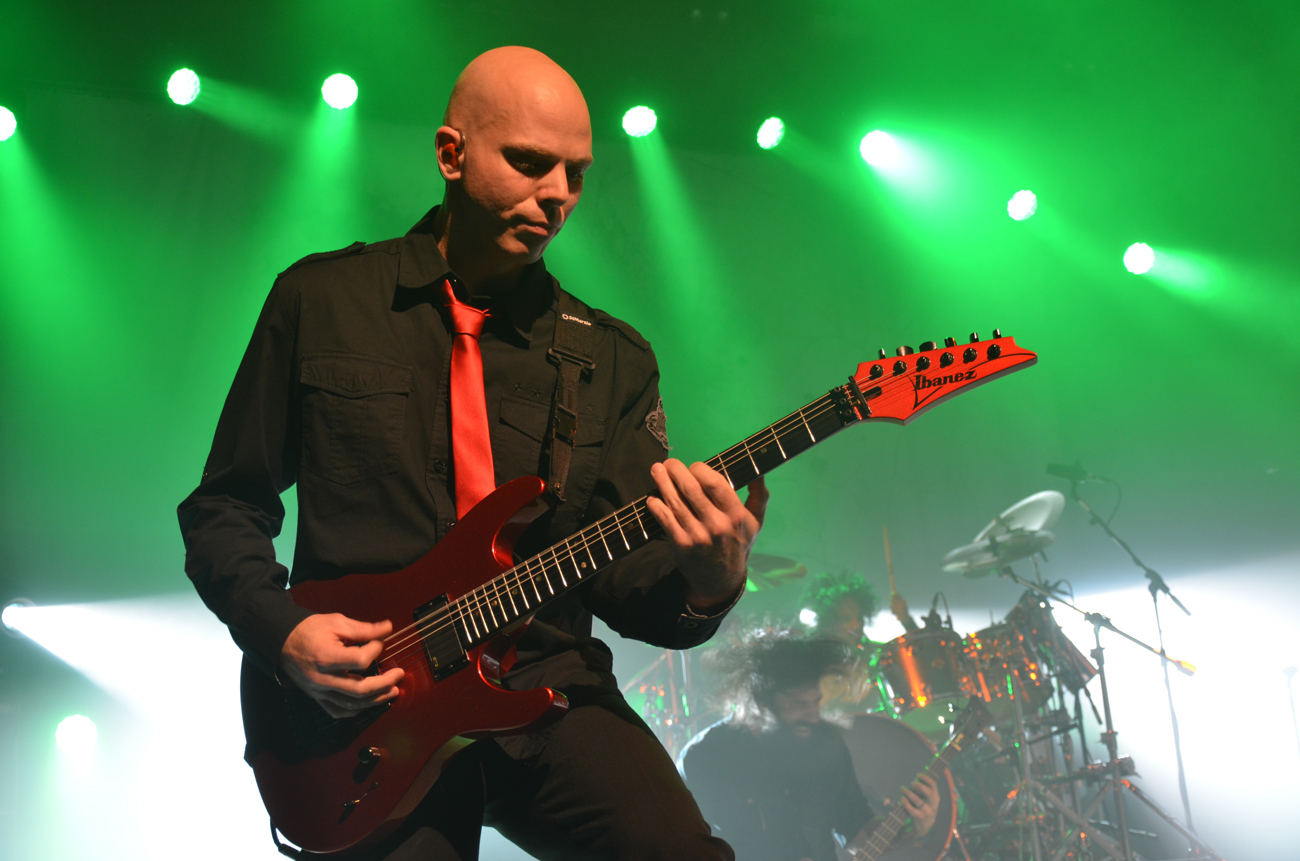 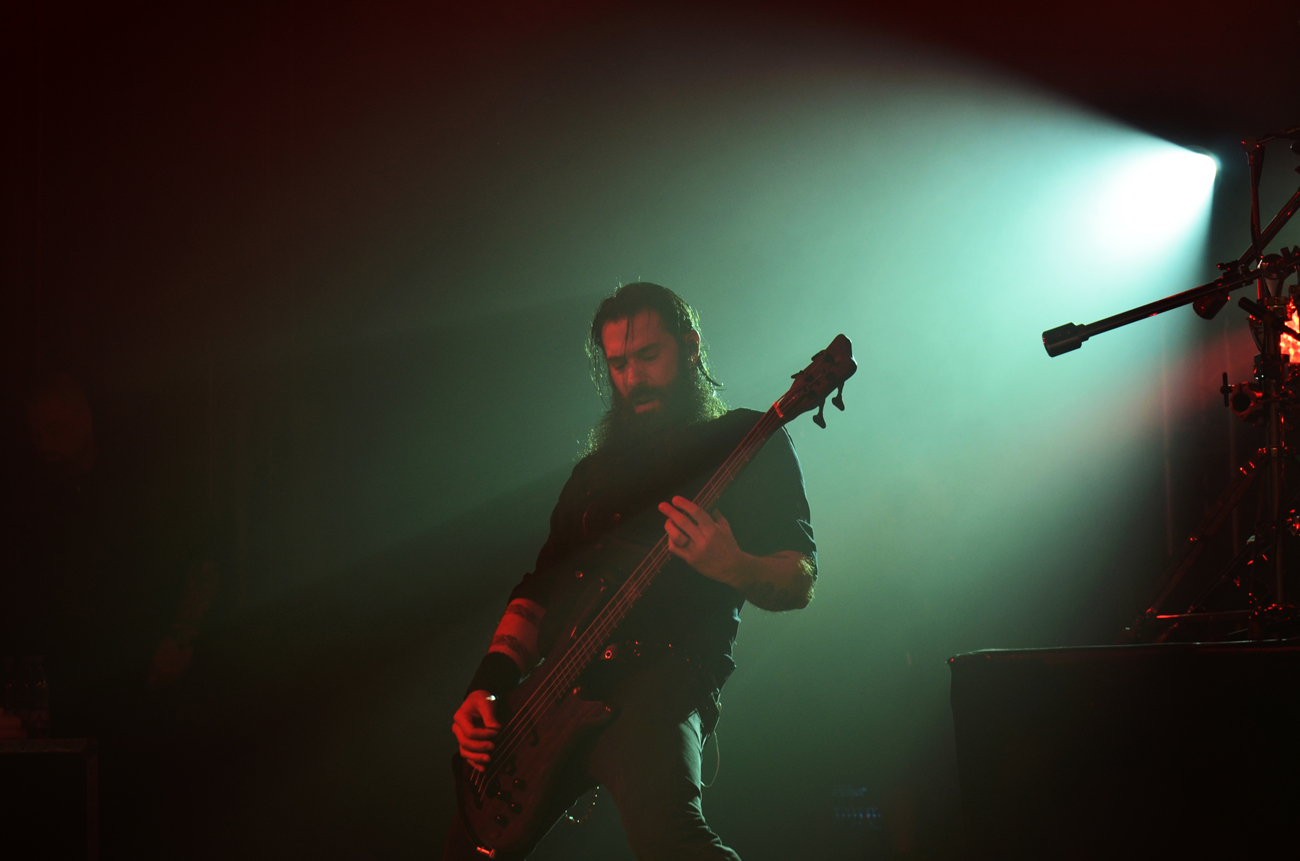 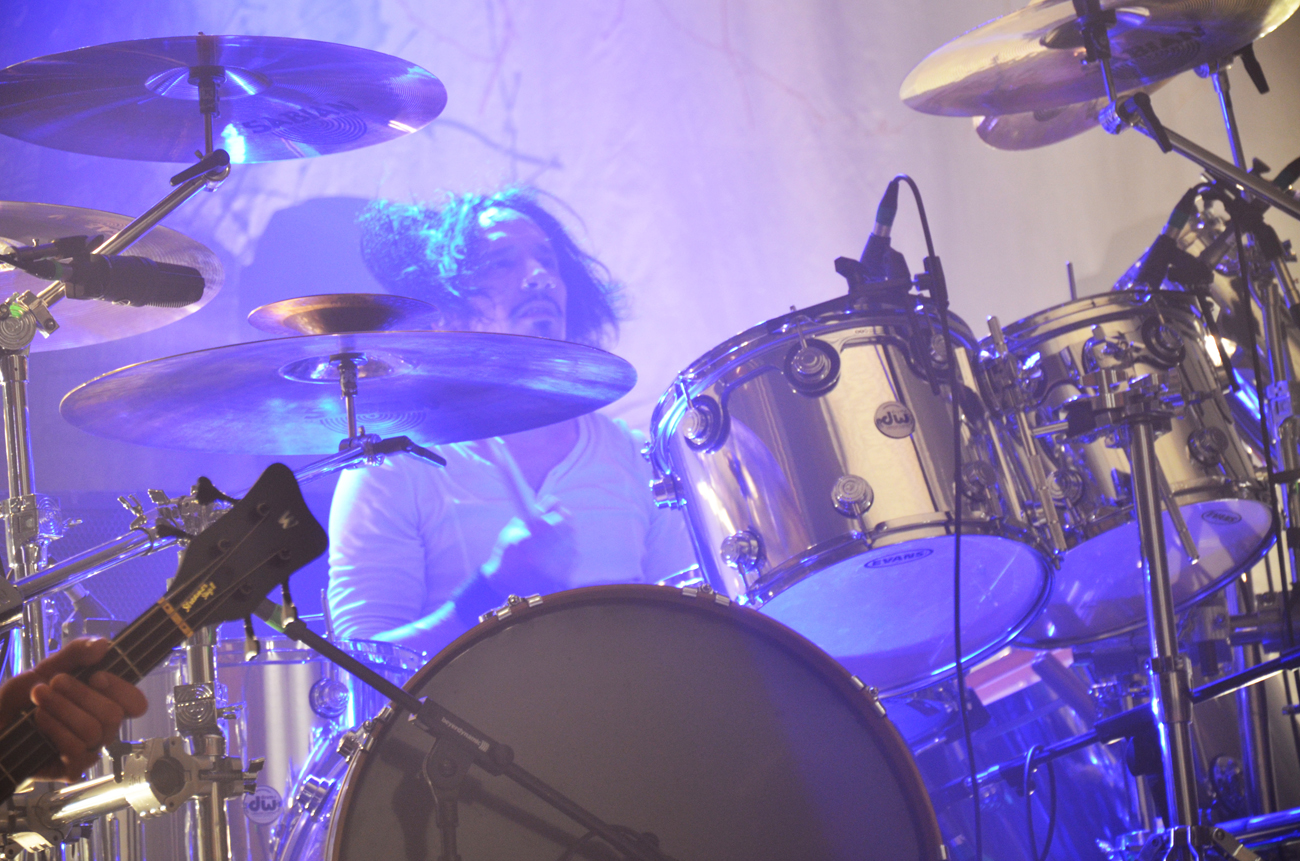 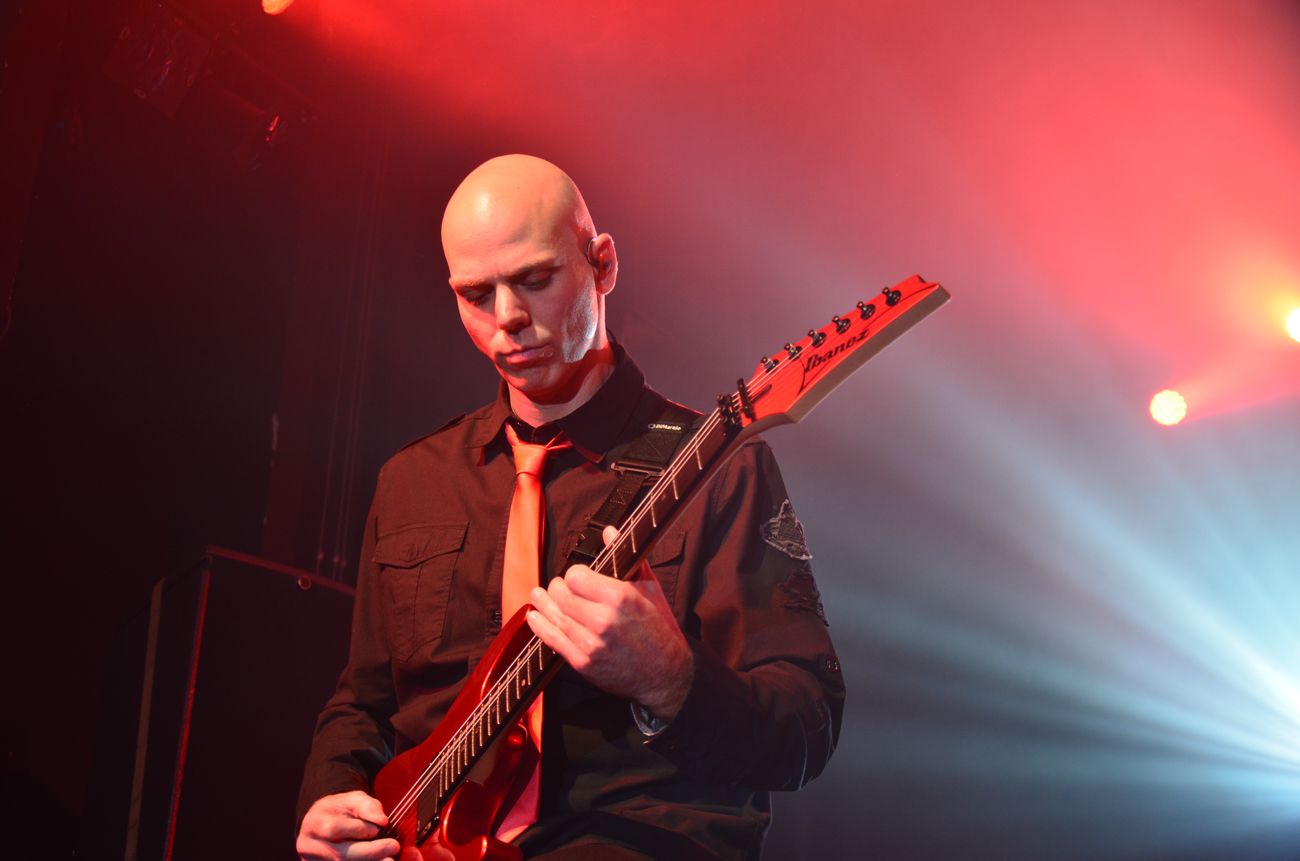 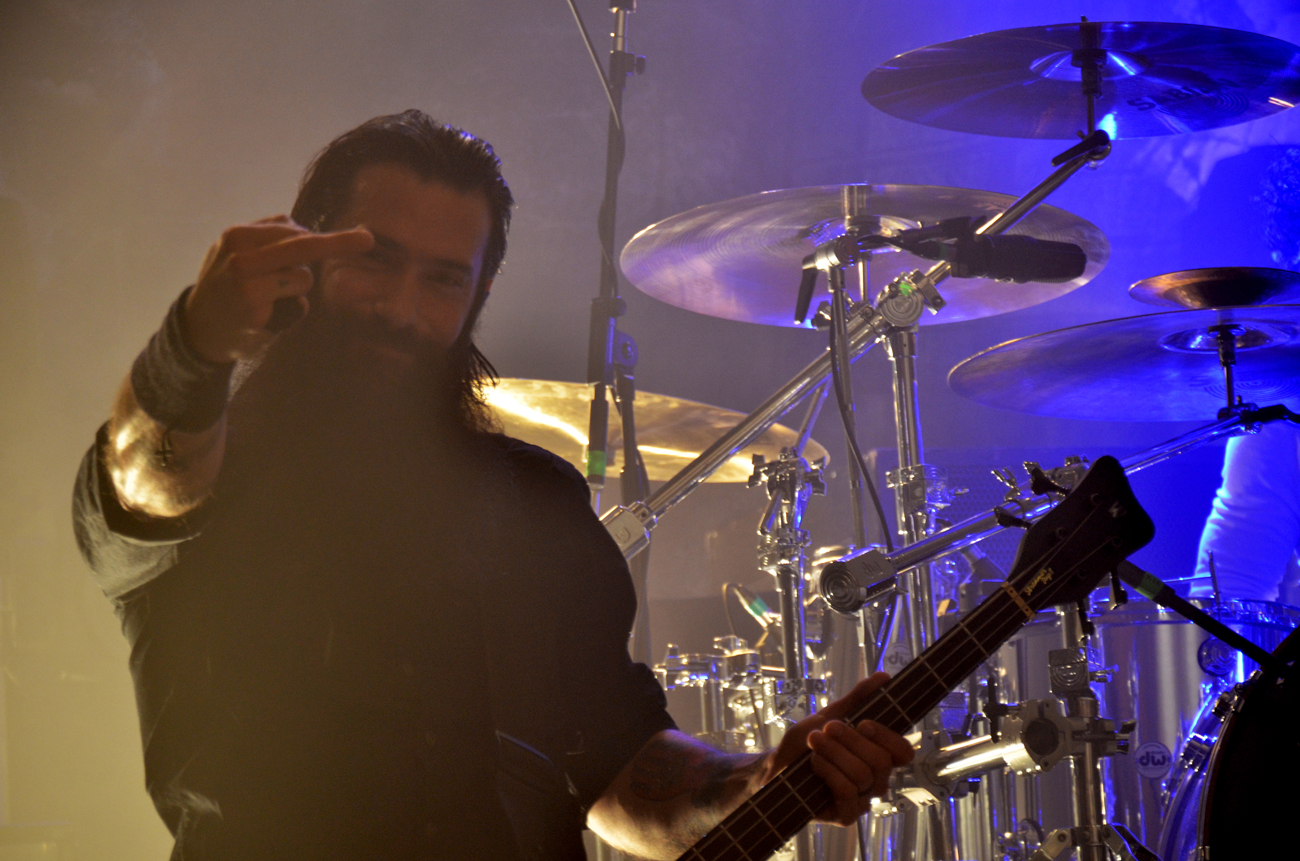 It has been two decades since the formation of Stone Sour, but only one decade since the release of their self-titled debut. Despite the worldwide success the band is more often than not, referred to as Slipknot side-project, but with the release of their latest album House of Gold & Bones – Part 1 the band is giving a serious attempt to stepping out of the shade.
The album is the first part of an ambitious concept and it sees the band creating without the doubt their best album to date.
Stone Sour visited Copenhagen couple of years ago when they also played Vega’s big venue and even thou the place was not sold out this evening, it was packed with even more people than the last time.

At exactly 9 PM lights turned off to the tones of “Gone Sovereign”, the opening track form the band’s new album. Over the minute of the song was played through the PA as the band took the stage which is odd, never the less taking the structure of the song into the consideration. However this worked simply perfectly and once the band ripped into the song, the-boom effect seemed even  greater.

Stone Sour’s previous concert was wrecked by a very bad sound and it didn’t seem much better this evening, which was pity, nonetheless because it didn’t get much better during the second song – the eminent “Absolute Zero”. This song is bound to become Stone Sour (live) classic and perhaps also the ultimate live-song-number-two for the band.
The sound did get better later on, but it was never good and the constant oscillations in the sound quality were tiresome.

Another negative aspect of the previous Stone Sour gig at Vega, was that it felt like Corey Taylor gig, with almost none of the spotlight for the rest of the band.
It’s clear that Taylor is the star of the band and the focus of the fans, but this is a band and very good one too. Fortunately this time around they didn’t repeat that mistake. Sure, Taylor was the center, very much so, but the other band members got more elbowroom and unlike last time Taylor did introduce all the band members and not just couple of them.
James Root and Josh Rand did their parts on guitars well, but live, their presence is far from interesting. Still they were bit more mobile than usually and they even cracked a smile or two. Ray Mayorga is a drumming powerhouse. He puts big amount of energy in every hit of the drum and he is a hard hitter. He seems just as energetic regardless if he is playing heavy tracks like “Made of Scars” or ballads like “Through Glass”. Johnny Chow who recently replaced Shawn Economaki on bass was bit more in the background than Economaki and while he has proven his qualities in Cavalera Conspiracy before, I was hoping that Rachel Bolan, who played on all tracks on the new album, would join the band on tour. However due to his duties in Skid Row this was not possible.
And than there was Taylor – and he was a true energy bomb, pumping up the crowd, running around and doing a god job singing. In many ways he is a walking cliché but much like the Rob Flynn or even James Hetfield, he makes it work.

Setlist was of course based around the new album, but there was also plenty of room for songs from their 2002 debut. New songs were received extremely well live and it seems that House of Gold & Bones will be Stone Sour’s career defining album(s). Even “The Travelers Pt.2” was received surprisingly well, while “Last of the Real” didn’t get much of response from the crowd.
“Made of Scars”, “A Rumor of Skin” and “Reborn” played back to back was the highlight of the show. For the encore Taylor came alone to the stage and played a verse and a chorus of Alice In Chains’ “Nutshell”, which didn’t get as big response as one might have hoped for. Alice in Chains classic turned into “Bother”, which was stopped way too many times and therefore lost some of its magic. Finale in form of “Through Glass”, “Digital (Did You Tell)” and “30/30-150” was spot on and after 85 minutes the show was over.

Stone Sour anno 2012 is a better band and they delivered much better show, by improving sound, on stage communication and none the less, because of some really good songs they have written since the last visit.
However there is much place for improvement, especially when it comes to the band’s sound and hopefully next time, otherwise good audience won’t lose their breath towards the end of the fairly short concert.