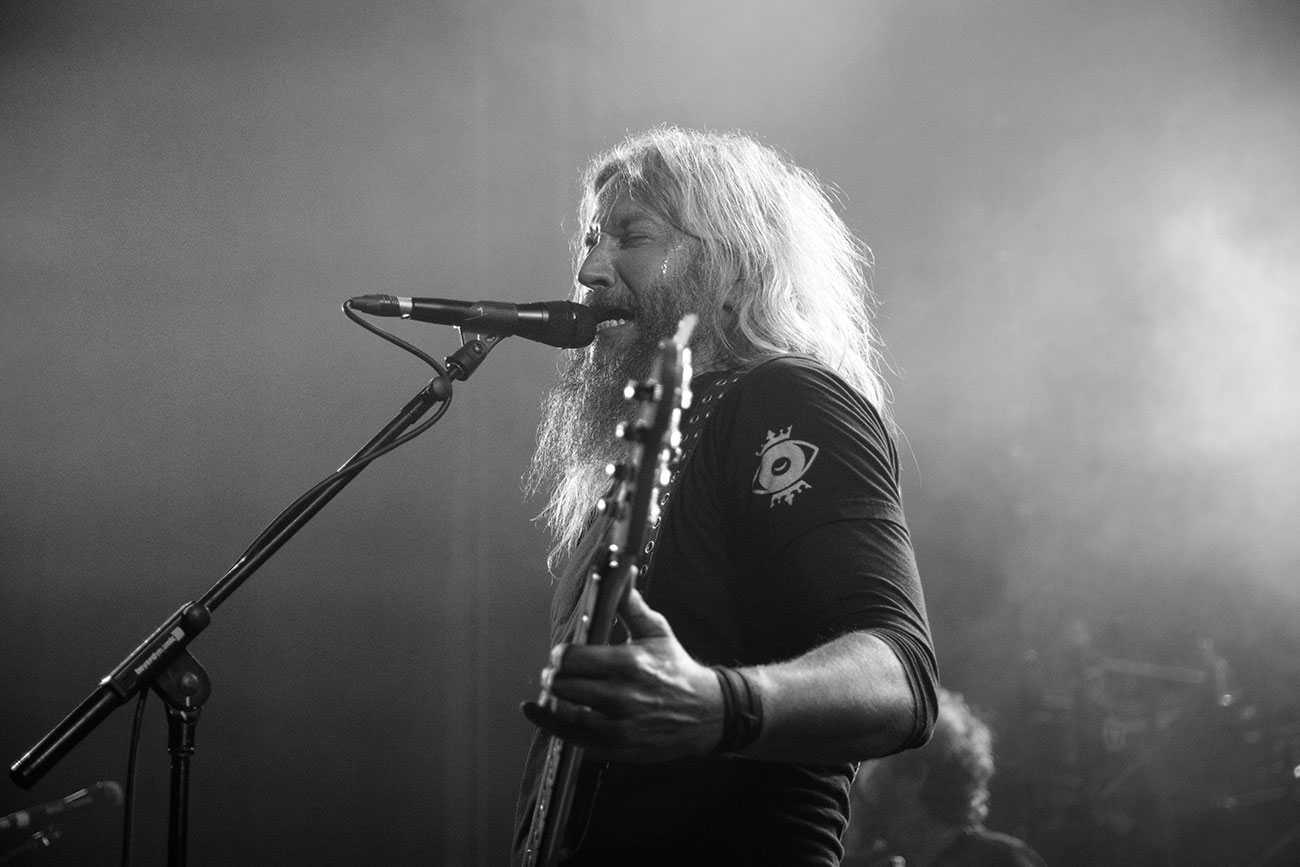 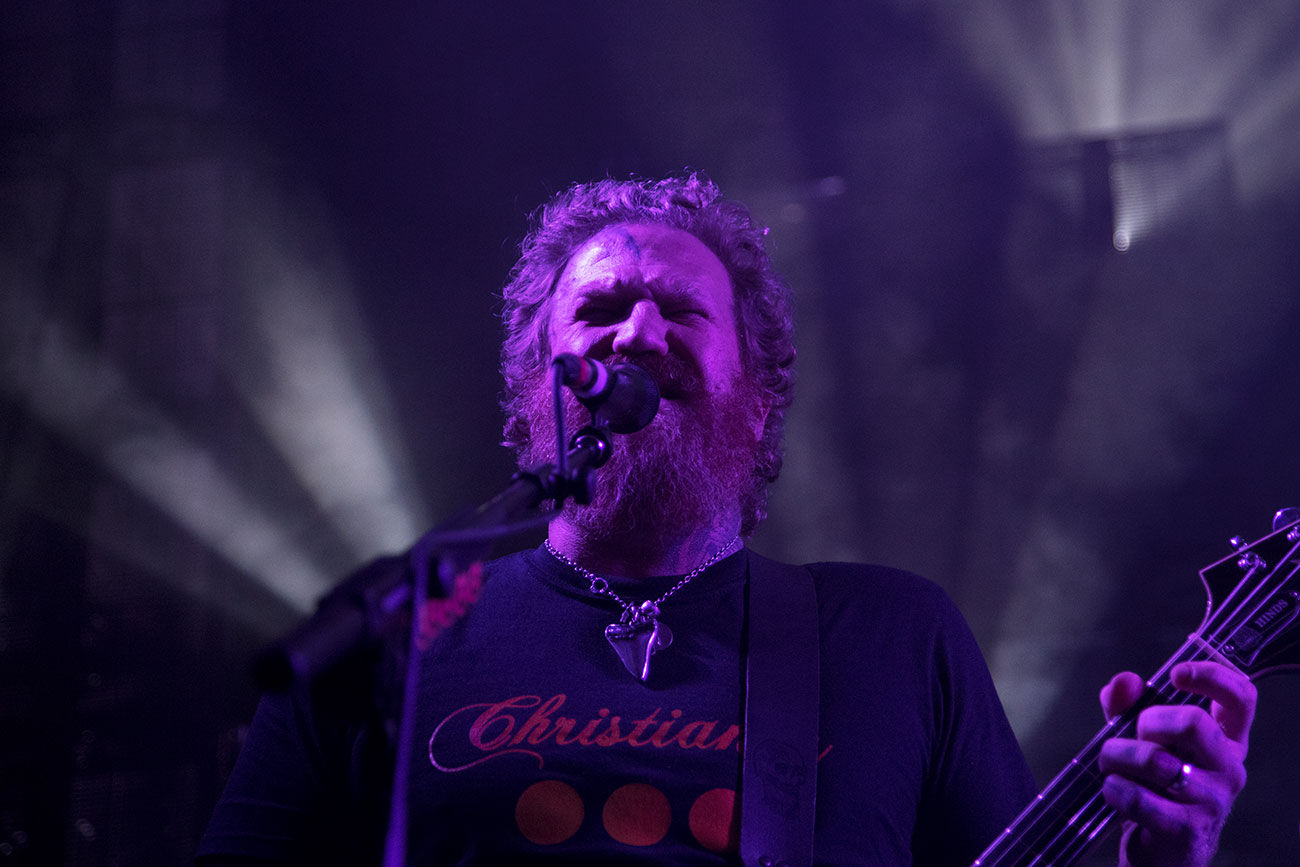 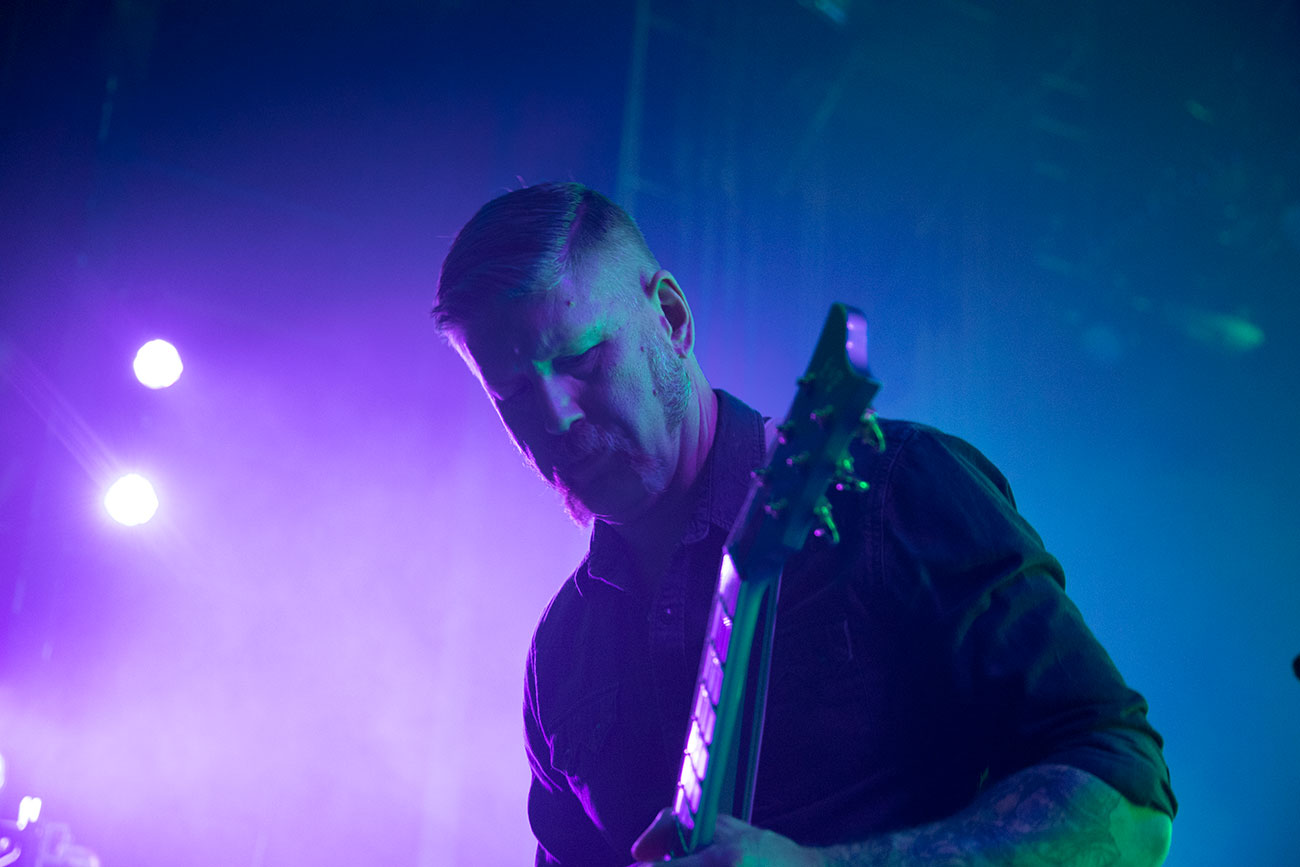 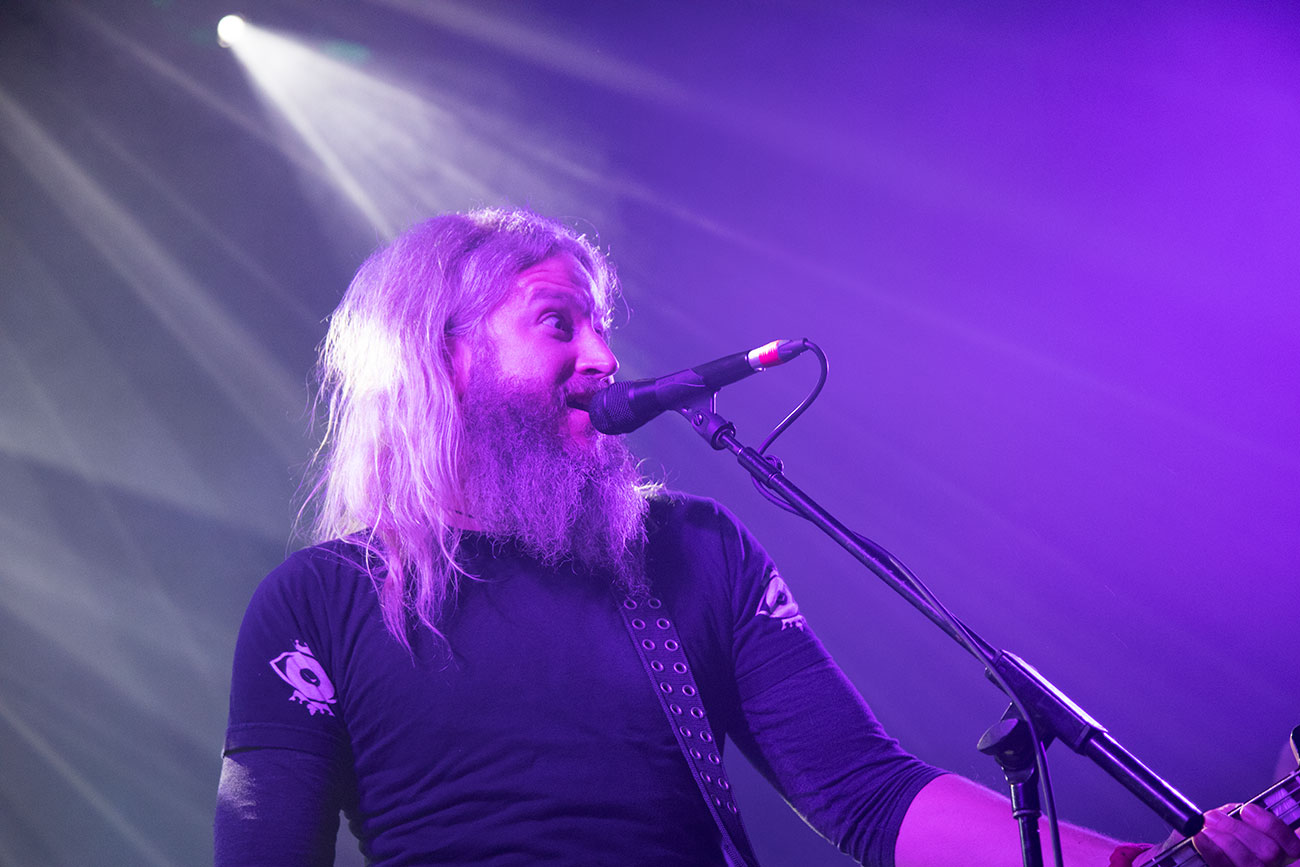 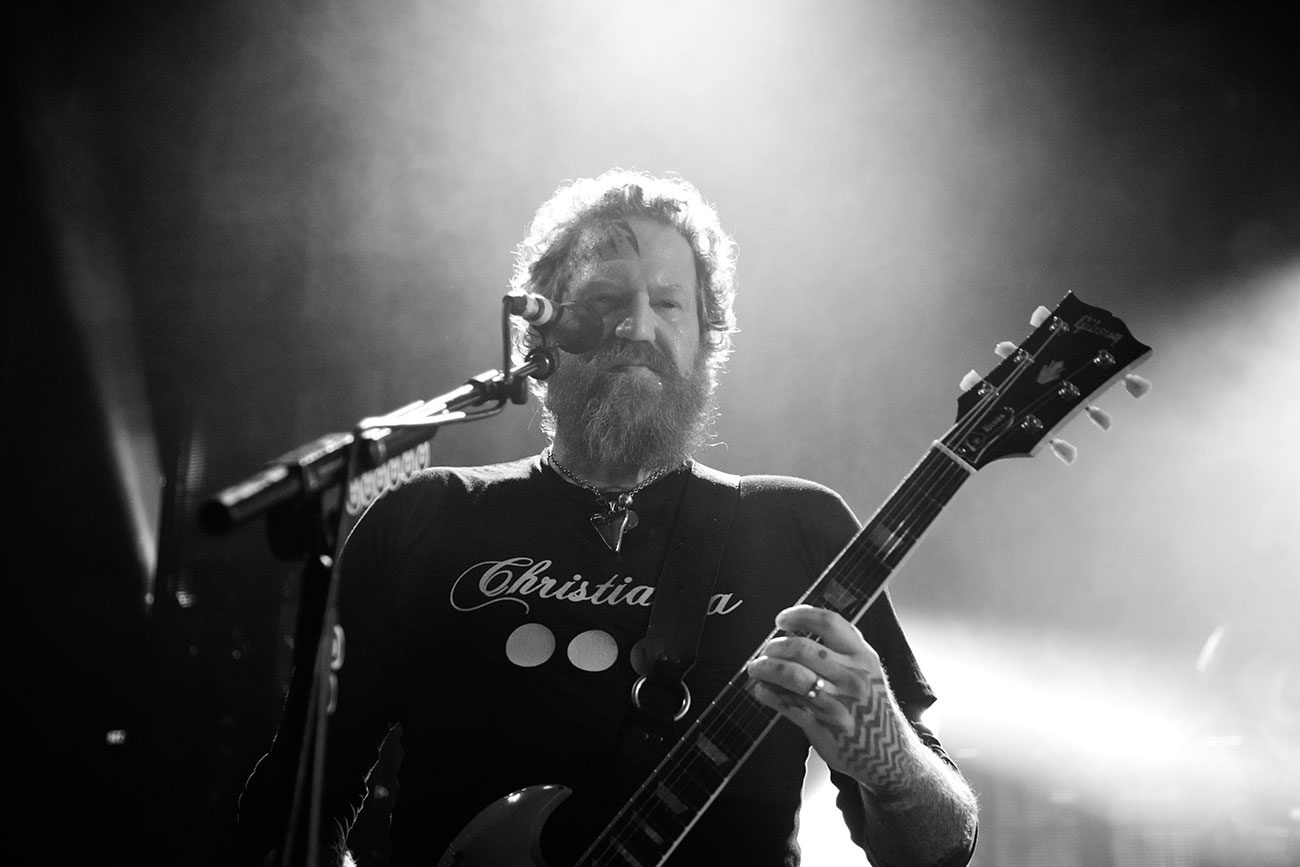 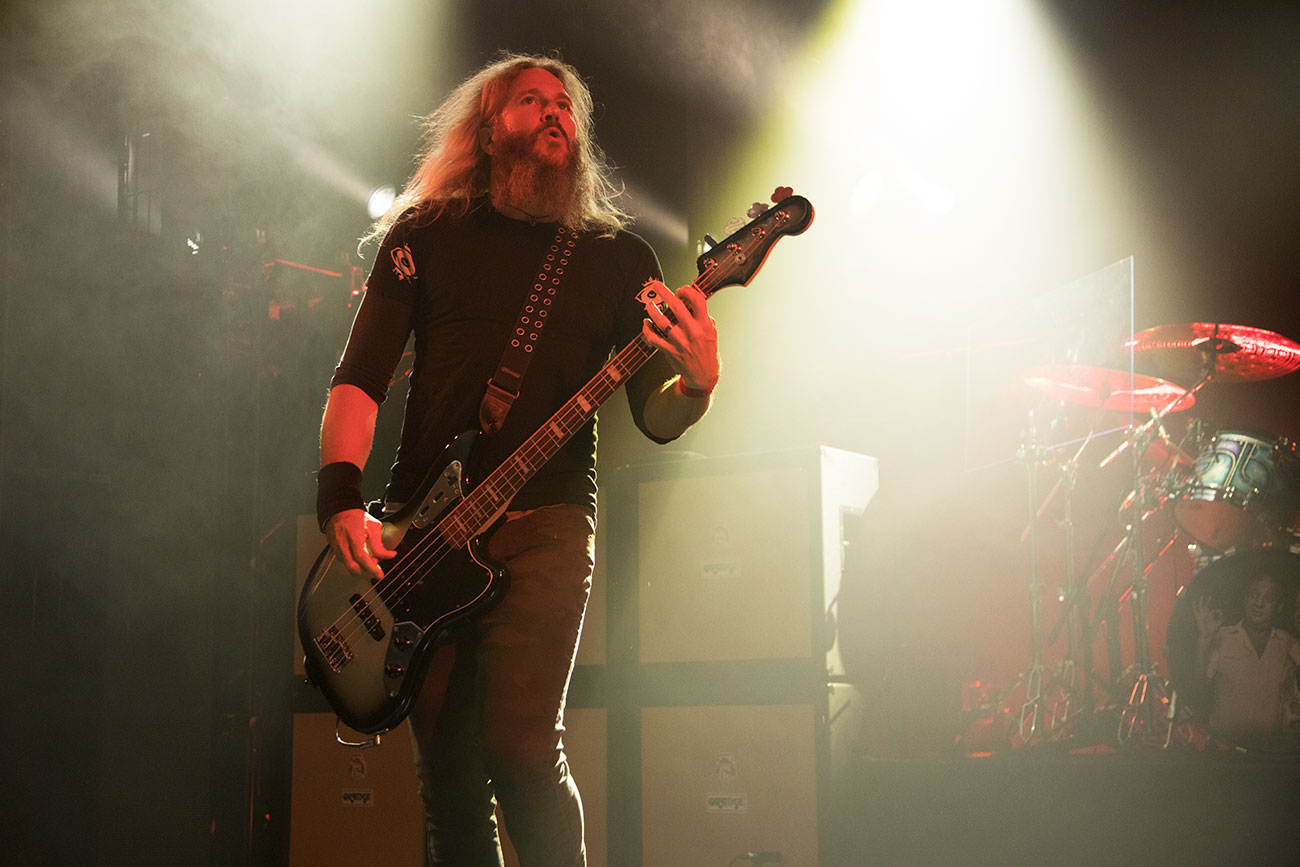 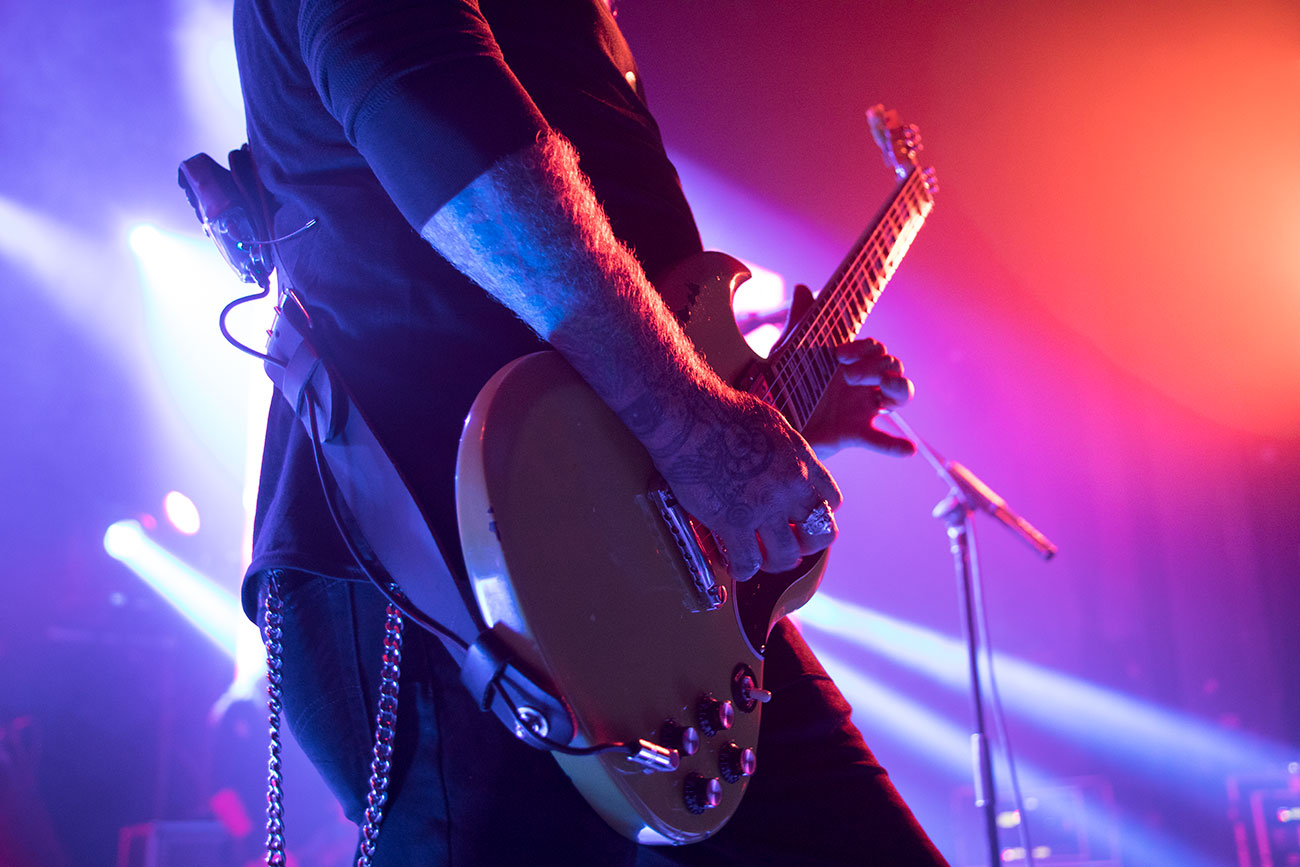 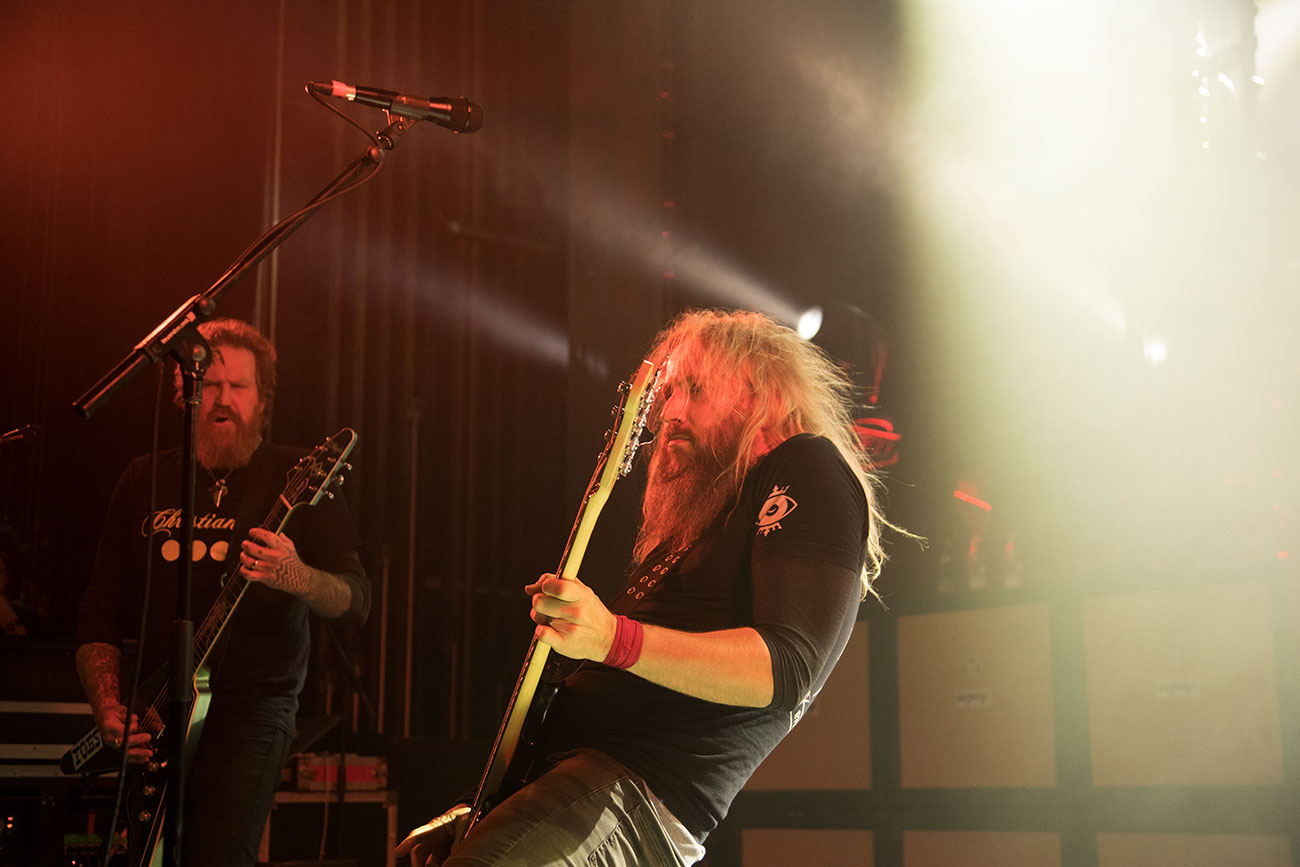 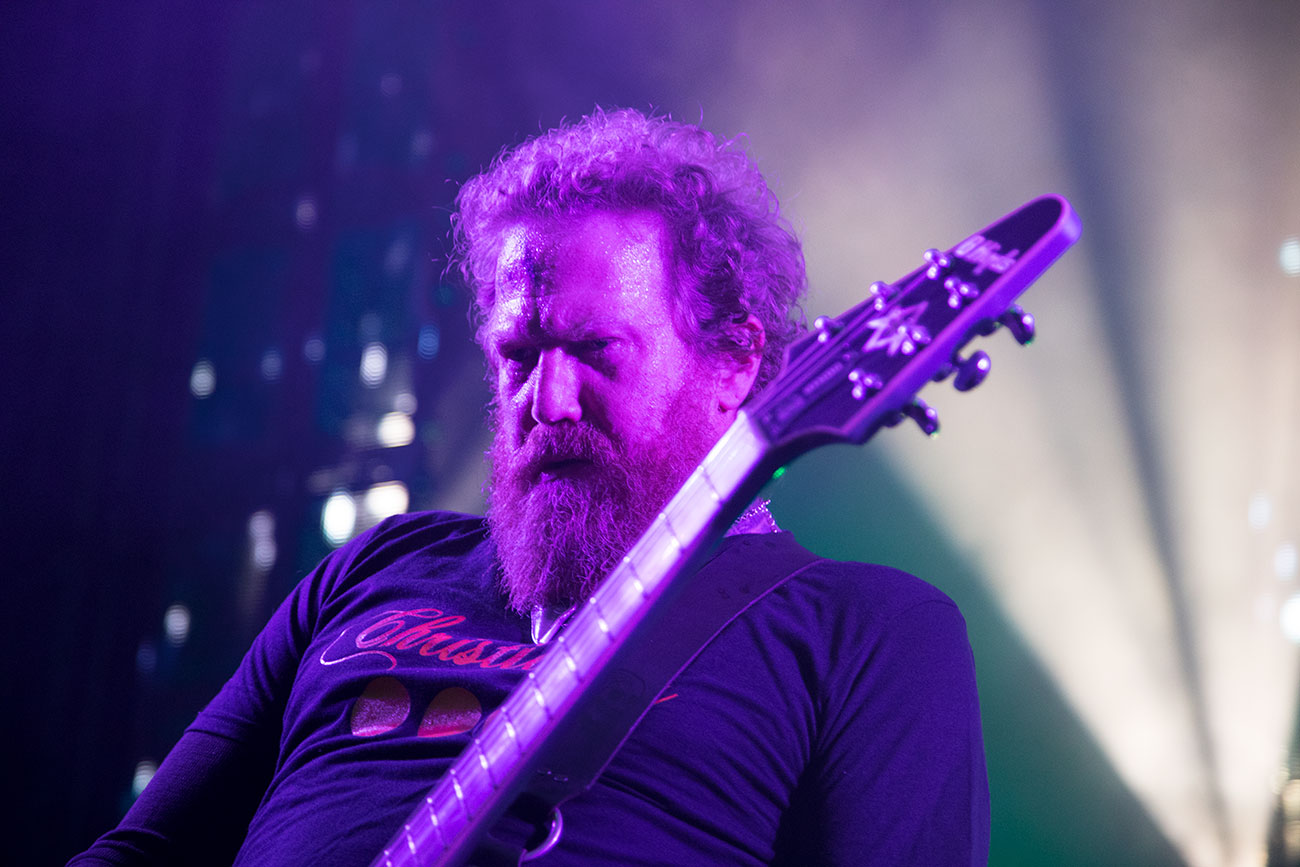 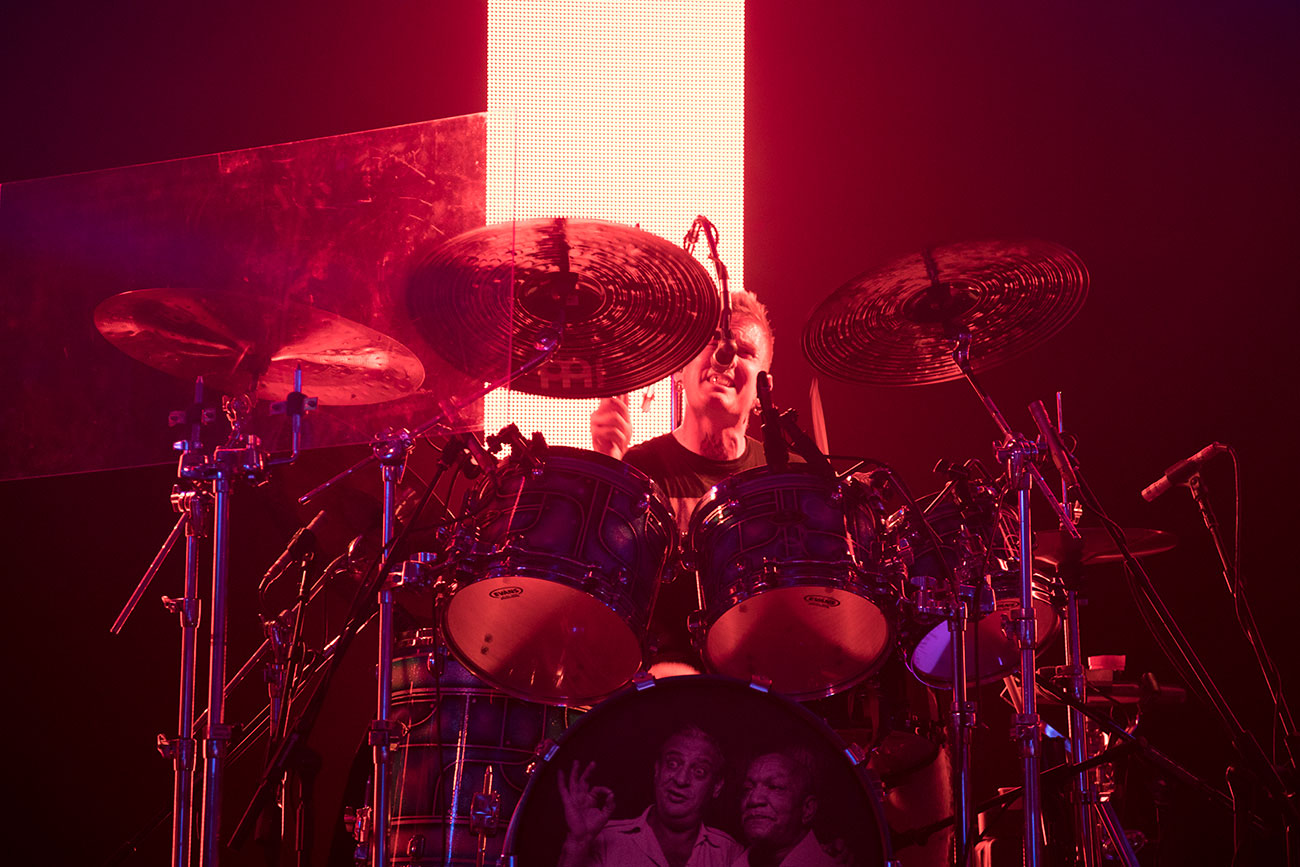 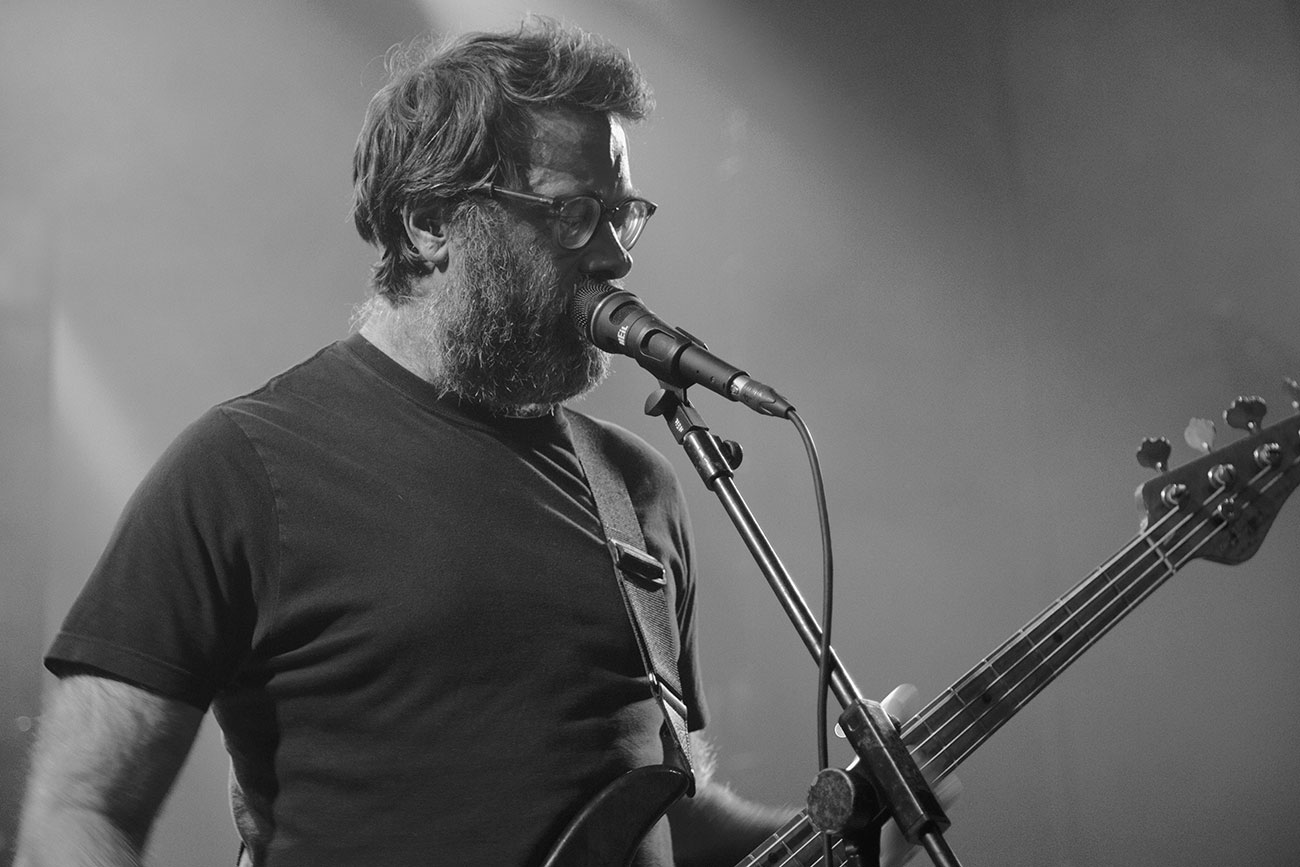 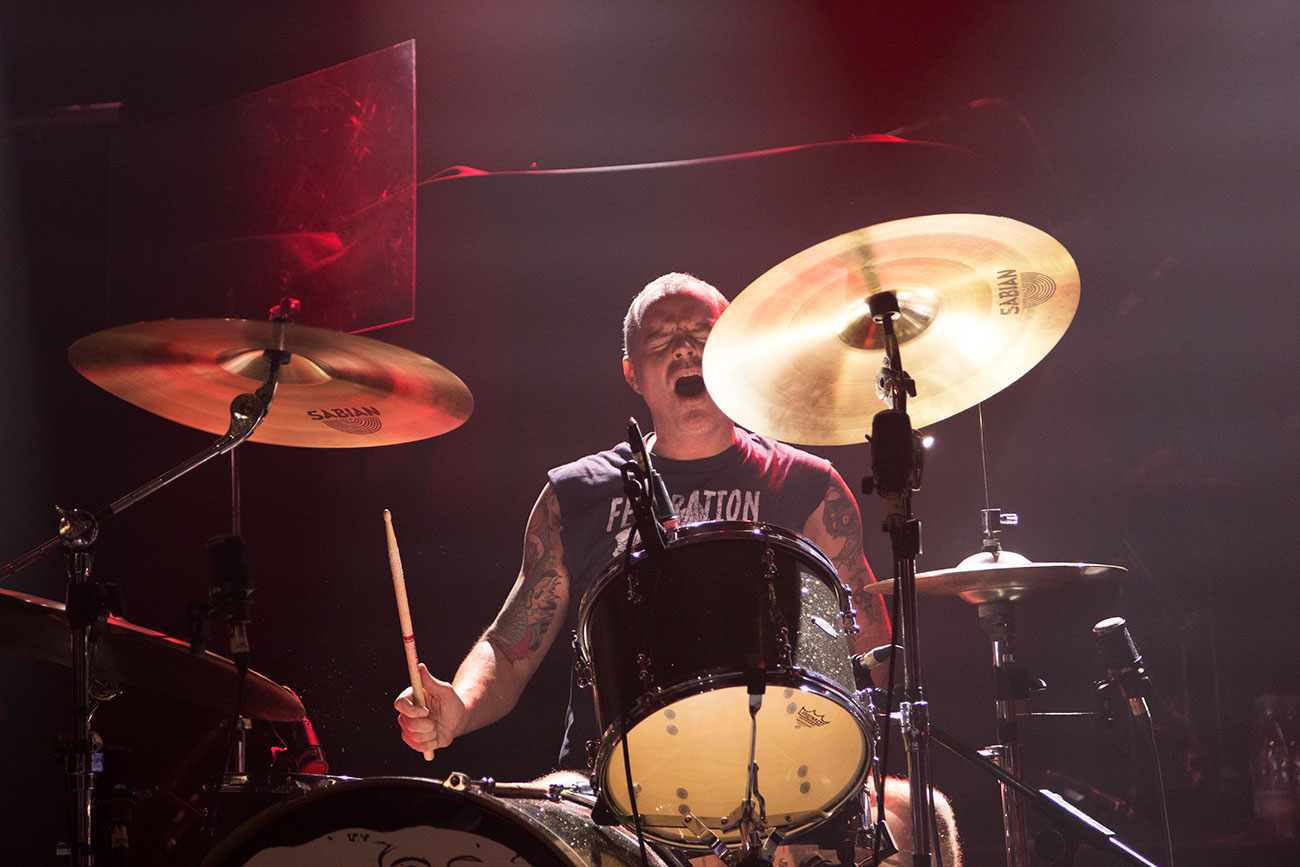 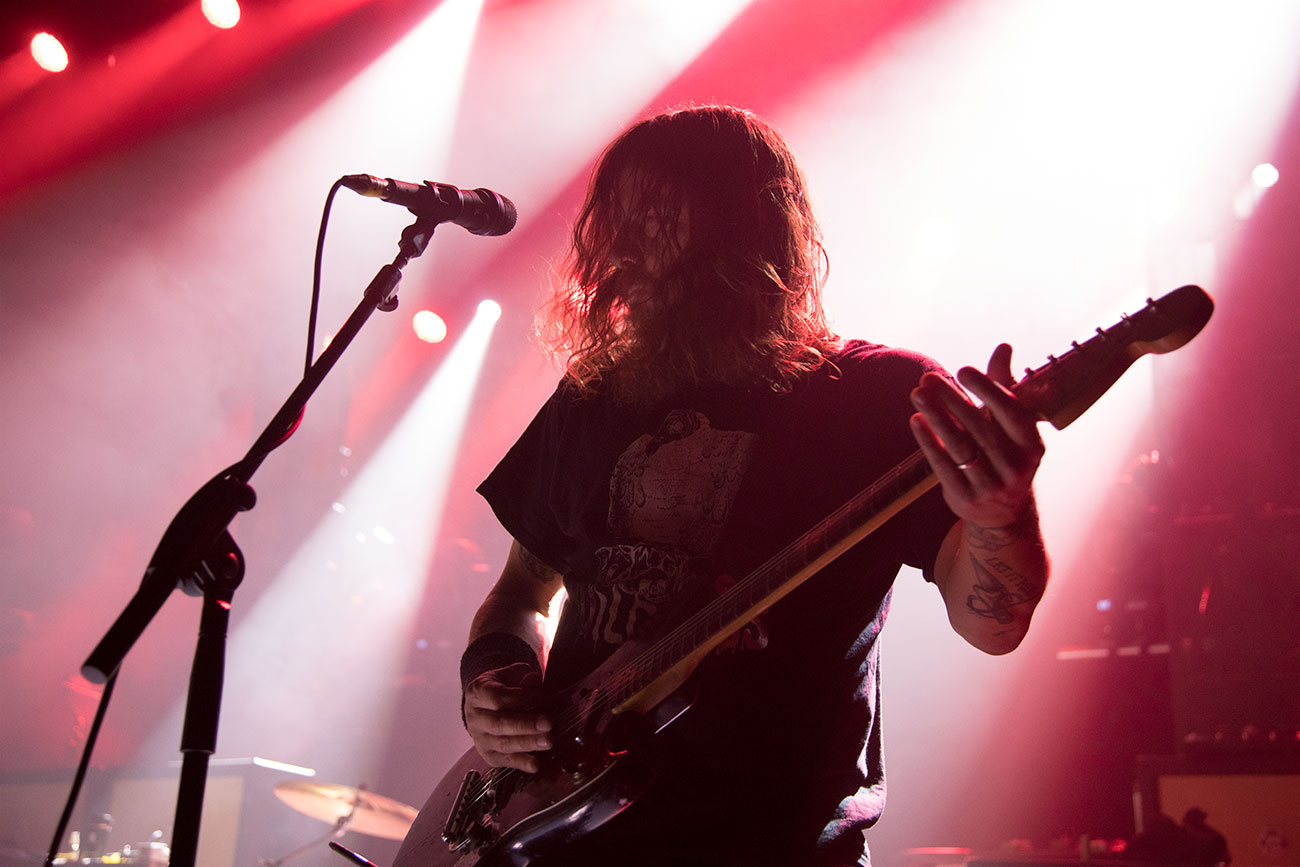 After a weak One More ‘Round the Sun, Mastodon has earlier this year released Emperor Of Sand, an album that combines all of Mastodon trademarks. It’s an album that is massive yet accessible and with return to produced Brendan O’Brien, the band is in hands of a producer who’s not only skilled, but understands the band and how to get most out of them.

I’ve seen the band play live some dozen times, latest few weeks ago when they played Aftershock Festival in Sacramento. Despite the short set in the middle of the day the band did well, and turned out to be one of the best sounding bends of the day, up to that point.
The European tour sees them joining with Red Fang and Russian Circles and if all the above was not enough to be excited about, they even got Neurosis’ Scott Kelly as a guest vocalist for the tour.

Mastodon go-to place in Copenhagen, Vega, was sold out and a rainy cold Wednesday was shaping up to be one hell of an evening for Danish metal/rock fans. Elsewhere in the city Also Queen and Nothing More have played last night.

Instrumental American band Russian Circles has over the years built somewhat of a cult following and that’s one of the main reasons why they managed to gather surprisingly big crowd. Over the course of the half hour they kept it simple and introverted. No communication of any kind with the crowd, no spotlights on the band and band members who seem to be isolated in their own world. All that combined can be a big pill to swallow, when you are first of the three bands of the evening and when majority of the crowd is not familiar with your music. Fortunately for the bend the intensity of the performance and dynamics of the material worked well this evening, nonetheless during the magnificent “Harper Lewis”, which in all fairness should’ve been a set closer.

Being anonymous, instrumental band opening for Red Fang and Mastodon is not easy, but with only four songs, which Russian Circles played this evening, they put up the fight with an attitude of the headliner.

And talking about a headlining band, Red Fang sure did come across as the main band of the evening; their energy, attitude and the fact that they have pulled just about everyone in the sold-out Vega to their gig. The crowd’s reaction and interaction too was worthy of a main act.

It took band some three songs to really get into it and from then on, there was no turning back. The quality of band’s music and the balance between the garage rock and seriously dirty heavy is one of band’s many strengths.
There is certain genuine feel of bands like Red Fang and Clutch, perhaps it’s partly because they look like music nerds, who moonlight at the local beer pub. Moments before they play the first note they look almost clumsy and out of place up there on the stage, but once the music takes over they become one with it.

40 minutes might not be enough, but the band made most out of it, playing a carefully chosen setlist that left little room for let-downs.

The success and the critical acclaim of the new album was for sure one of the reasons for the sold-out concert, but observing the crowd and their behavior this evening it was clear that Mastodon has crossed from that line between cult to hip, mostly thanks to The Hunter as well as some of the more rock oriented tunes on last couple of albums. That combined with band often loose, self-ironic and waggish approach and the corresponding videos the band was exposed to a crowd often associated with so-called hip artist such as Kyuss, Eagles Of Death Metal and QOTSA.

But after seeing the band live so many times one thing is certain, despite the great technical abilities and despite huge progress they have made on a vocal front over the years, Mastodon has a hard time matching the magic of their studio albums in a live setting. Unlike several of their albums, Mastodon’s live shows, never reach that level of true greatness.

First couple of songs suffered from the hazy unbalanced sound, which took some of the energy. This was further weakened by the choice of the opener – “The Last Baron” might be a good song, but it’s a weak opener.
Three songs in, the sound got better, but it took additional 2 songs for the sound to get up there where it should be.

Despite the energetic nature of Mastodons music this is not your typical jump-jump, circlepit kind of show and while there was some action in the crowd the band never really got hold of the crowd. This is where the hip factor again comes in. It was clear that lots of people were not only unfamiliar with some of the more obscure songs, but also not interested to give them their full attention.

This was even more apparent when Scott Kelly joined the band for the six-song encore. The idea of having a man who guested last six Mastodon’s albums on tour is great and good way of saying thank you to Kelly and the fans who have been following the band for a long time. It’s also given, that his appearance should be at the end of the show. The problem is that those six songs are not band’s strongest ones, which are usually type of songs that close a live performance. Problem is also that big chunk of people were not familiar with Kelly or those songs and this really took additional energy out of the show. Already three songs into the encore people started leaving and big chunk of those who did stay had their focus elsewhere.

In live setting Mastodon still has hard time living up to the sky-high level of their albums. Inviting Kelly on tour is an interesting move and the one that was welcomed by the long-time fans of both bands. Live it just didn’t work as well as it did on paper.

On the way home from the gig I cranked up some Mastodon on headphones and the feeling that ran through made me wish that I could get that same feeling when experiencing the band live.