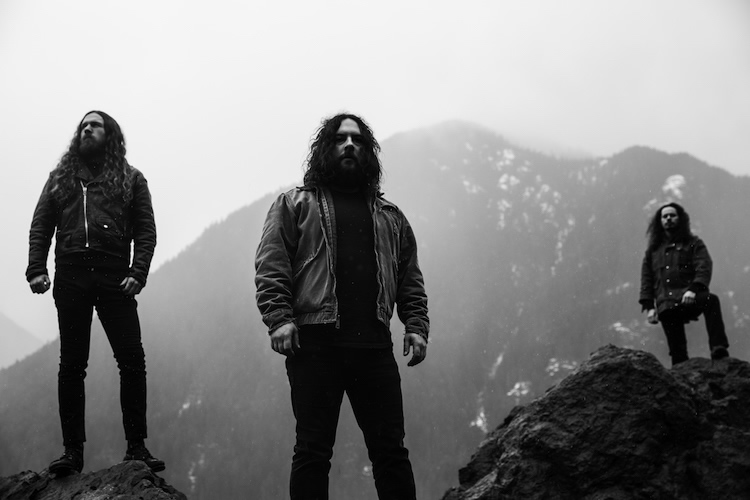 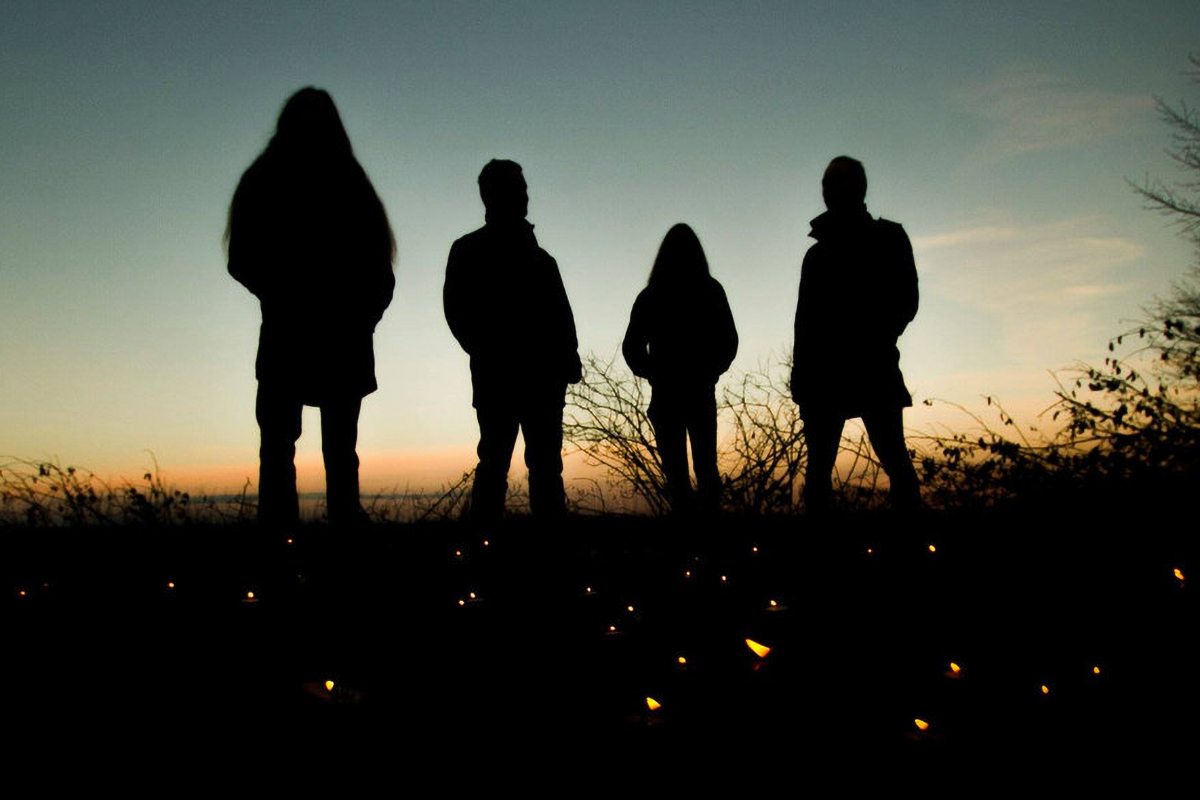 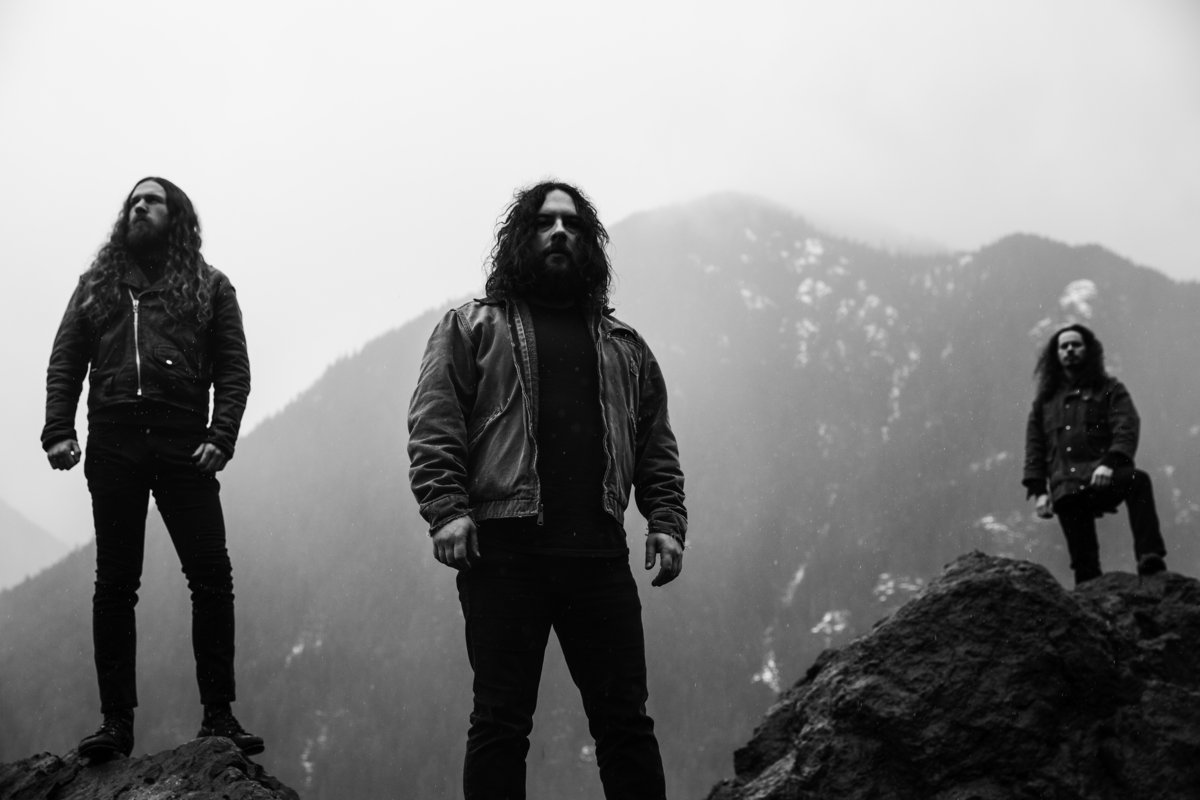 Sunken is a Danish Atmospheric Black Metal band, one that is, by their own admission, heavily influenced by Wolves in the Throne Room, the main event for this evening. This means that tonight is both a celebration of their first full-length release (which came out earlier this year), as well as their chance to perform side by side by one of their greatest musical inspirations.

Being an evening very much dedicated to the immersive side of the genre, Sunken opted for a subtle approach. They more or less completely disregarded any attempt at showmanship, instead letting their music be their primary focus and let it speak for itself. In order to further emphasise this, a pair of pitches each holding two burning incense sticks were placed at the front of the stage, and the stage itself was filled up with fog and bathed in a soft, blue light. This obscured most of the stage and the four members of the band, almost allowing them to become stationary silhouettes as they effectively and somewhat discreetly go about their performance.

Performance-wise Sunken delivered a strong list of their tracks, which they performed in complete disregard of our presence: As far as the band was concerned, I doubt if they would have noticed us at all whether we were the fifty people present that we were, or if the venue had been entirely filled.

Each track slowly followed one another, building up as every one progresses, creating a powerful wall of sound to the listeners to enjoy. I say ‘listeners’, since Sunken (as well as the Wolves which would be succeeding them) has a strong desire to immerse people in their musical creations rather than put on a good visual show. As such, despite all eyes being glued to the stage, I strongly assume that most (like myself) spent a fair amount of the concert with their eyes closed, merely listening.

After each track ended, another took its place, and the musical buildup and immersion would begin anew. A very pleasant way to spend forty minutes, and a solid opening for the concert as a whole.

Wolves in the Throne Room is an American Atmospheric Black Metal band that has been around for the last fifteen years. Through their unique take on the genre and the subsequent immersion that it allows, they have inspired quite a few bands to create similar sounds and have similar musical approaches (the previous band Sunken being among them). Earlier this year they released their sixth full-length album (which marked their return to a sound more reminiscent of their previous albums), and they embarked on this tour to showcase just what they are capable of.

Straight off the bat it is easy to see that Sunken has drawn their inspiration from these American genre giants. Much akin to the first band on the bill, Wolves starts off by spreading incense across the entire stage before the band even enters the stage. After that, a small ten minutes were used to play the sound of the ocean, accompanied by a constant, strong drum – This worked well to establish the mood.

The soft blue light on the stage changes to a warmer yellow as the band slowly, but surely builds up momentum through their initial tracks. The stage is filled with fog, so everything is turned into an obscured, yellow mist, with only the outlines of each band member and some instrument-mounted lights being visible. The lighting on the stage goes from the above-described bright mist to near-complete darkness at the whim of the music – As the music escalated, as do the lights. When the music slows down, the lights grow dim. This approach is used throughout their performance, lending a coherent feel to their overall stage presence. In keeping with the overall mood and theme of the evening, the band likewise refrains from delivering a memorable stage performance, instead allowing their music to work their magic and create immersion. And once again, despite all fifty pairs of eyes being firmly set upon the stage, I for one found myself closing by eyes or letting them wander as I merely cast myself adrift on the ever-increasing intensity of the music presented to us.

The band made sure to mark the end of each track by escalating into a crescendo after each song, stopping with a carried, high-pitched shriek of the guitar – Only to be followed by the calming of the sea once more, with its companion the drum. After this, the music is ready to build up once more.

Across six tracks the band performed for one hour and twenty minutes, counting the mood-setting introduction at the beginning.