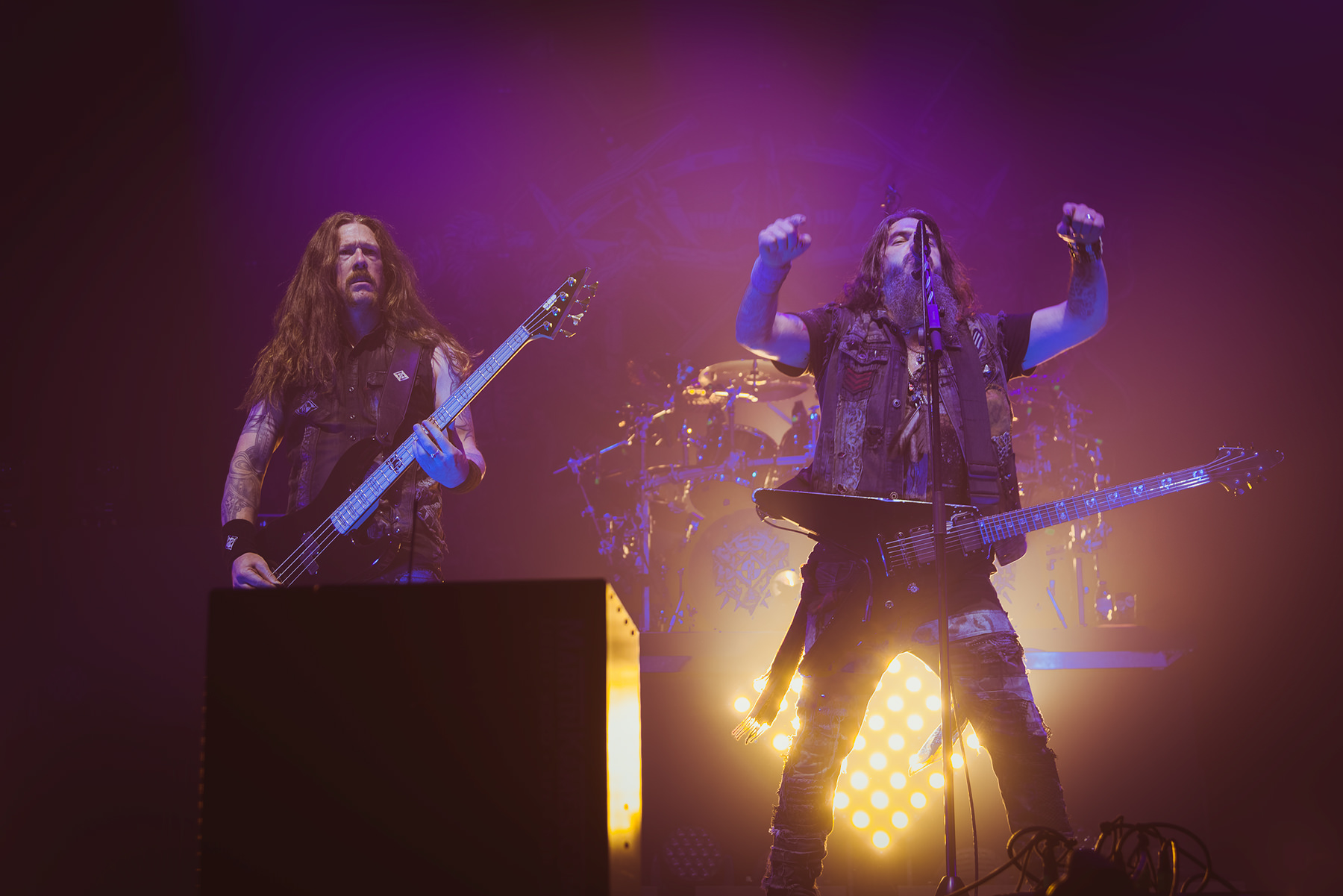 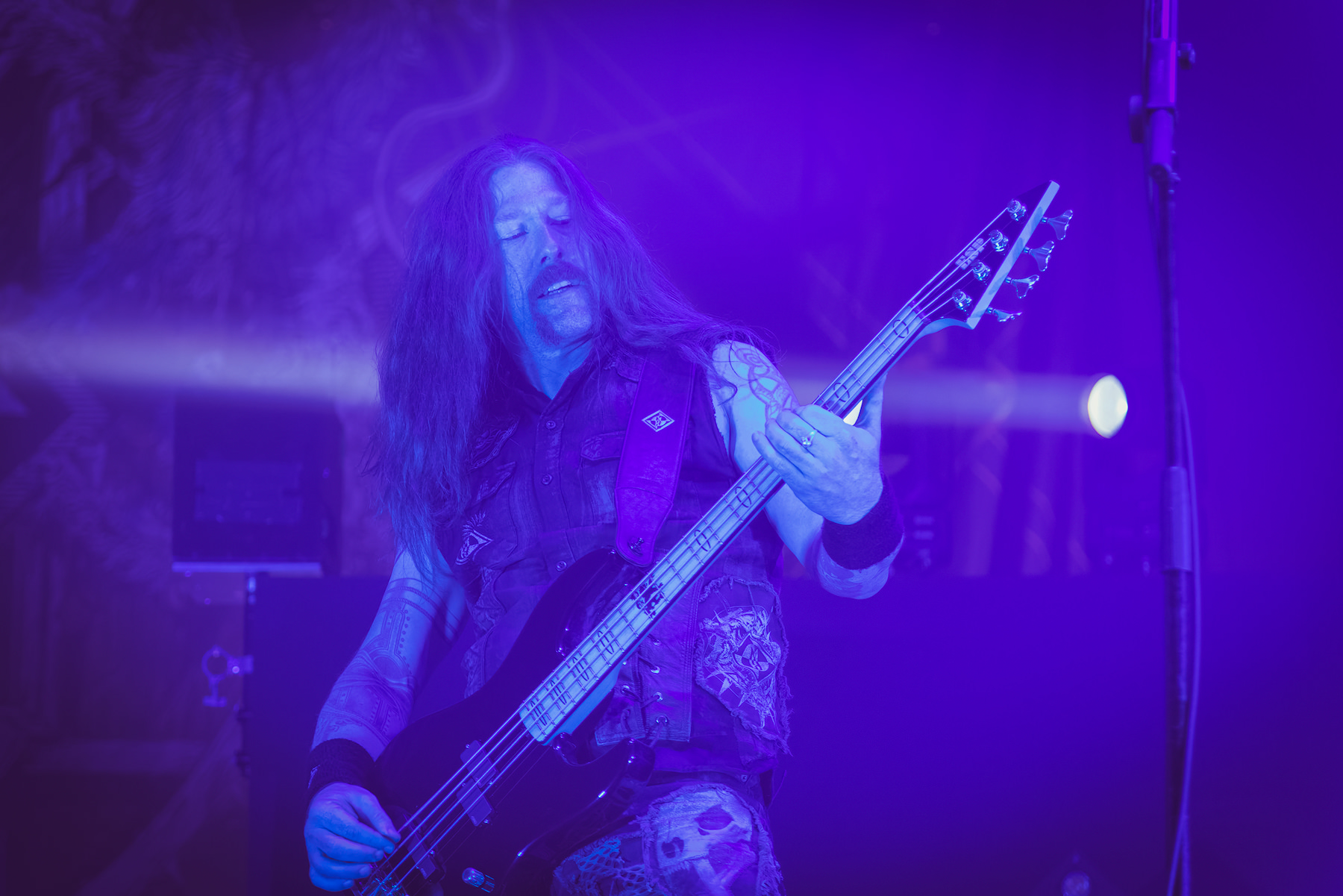 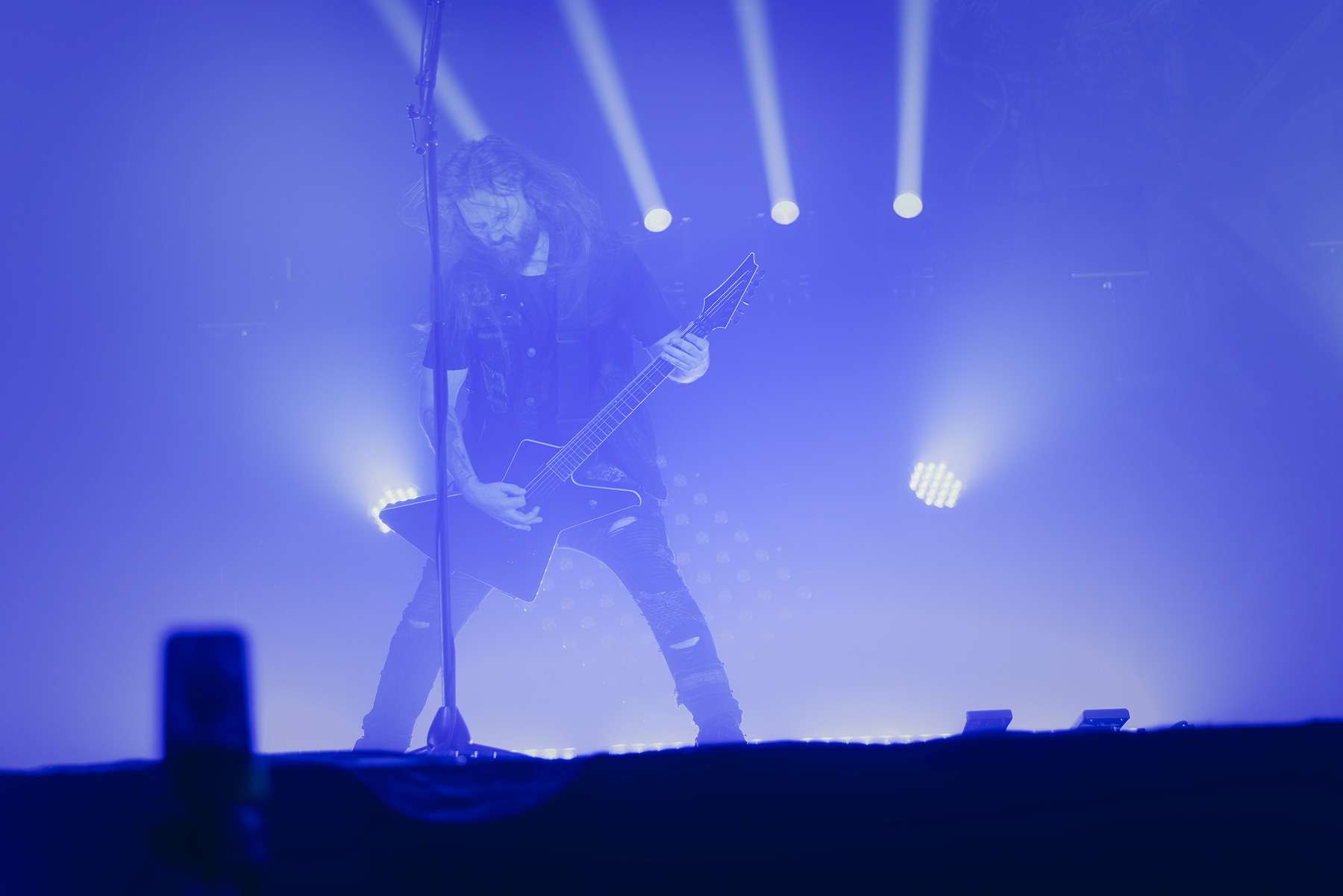 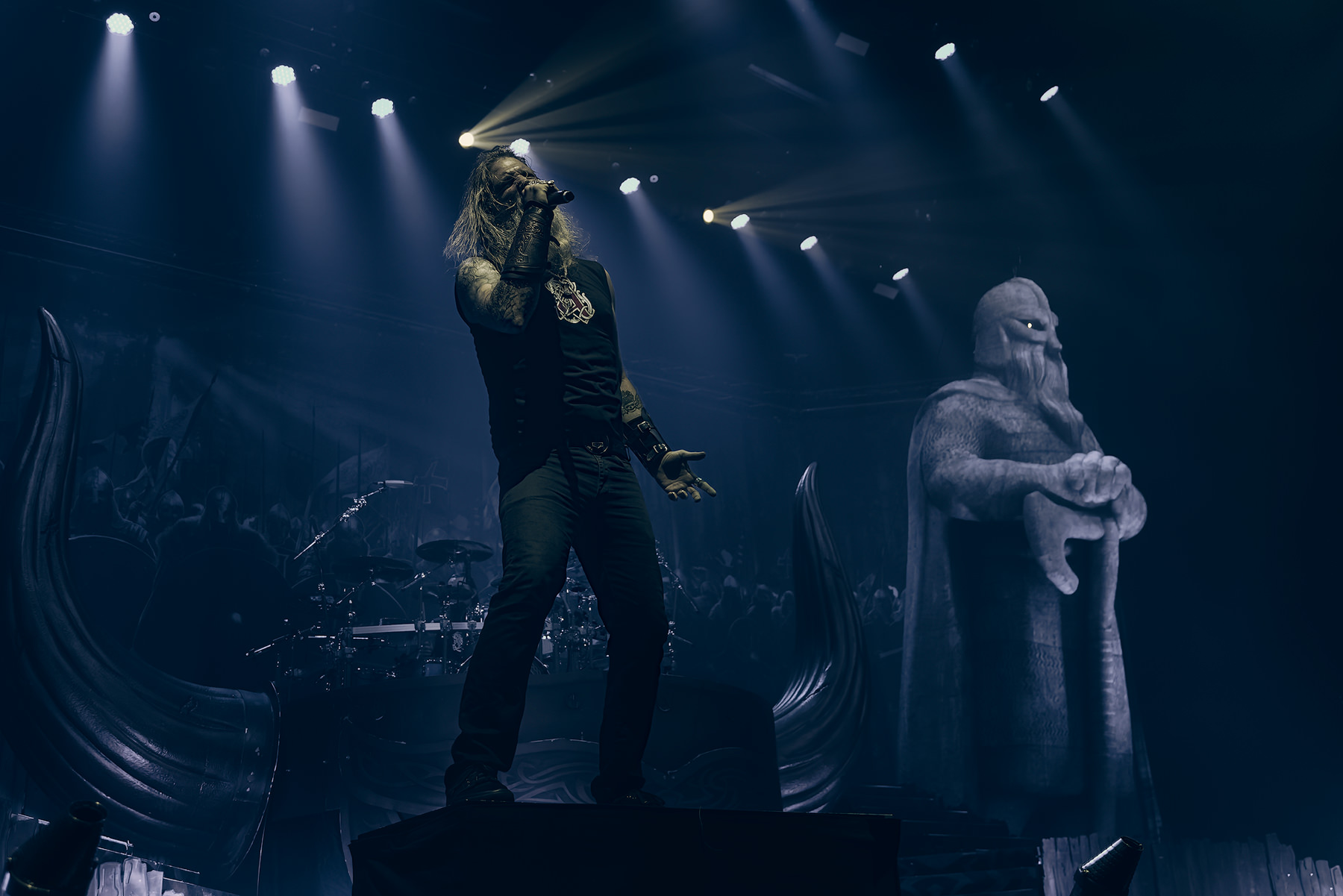 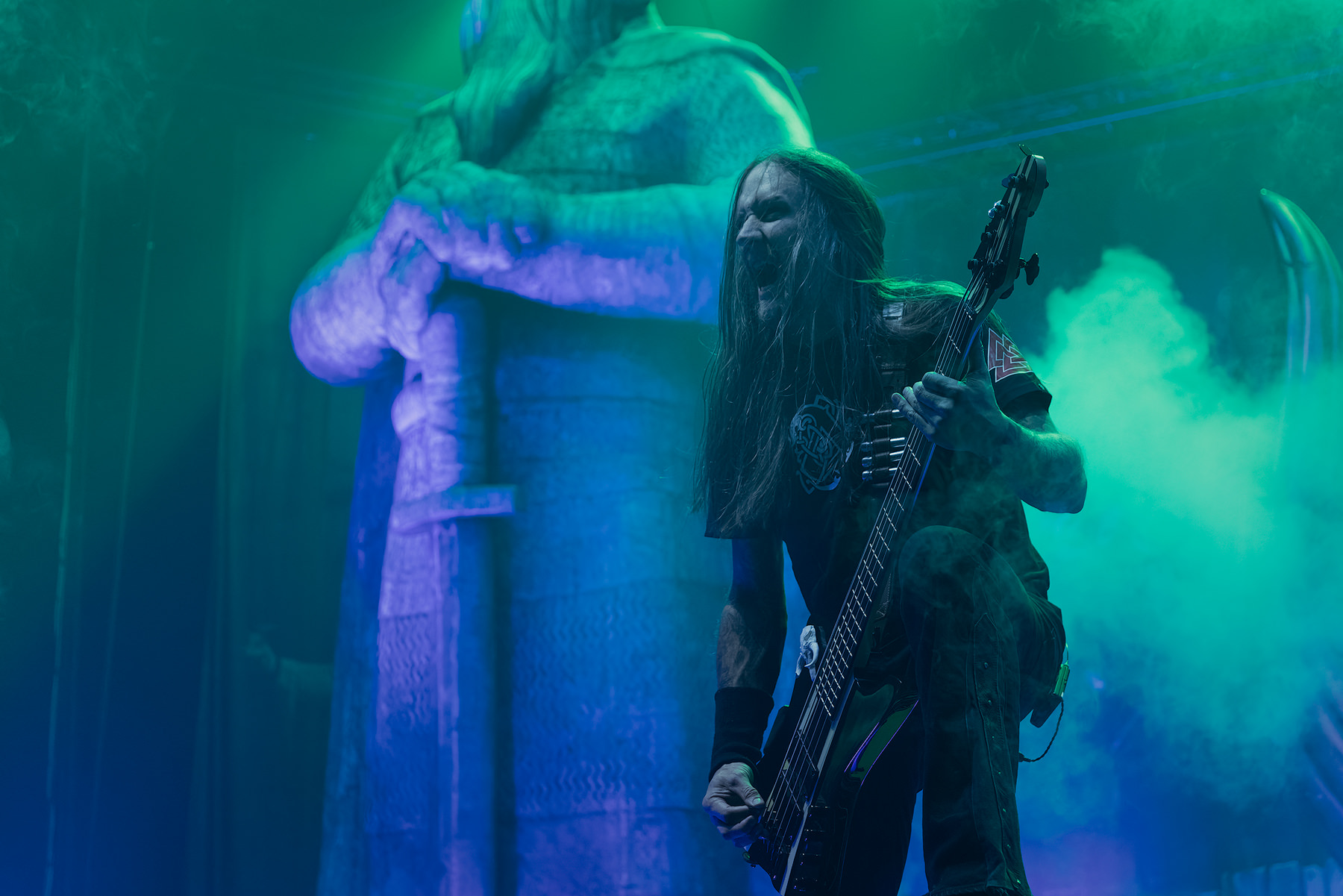 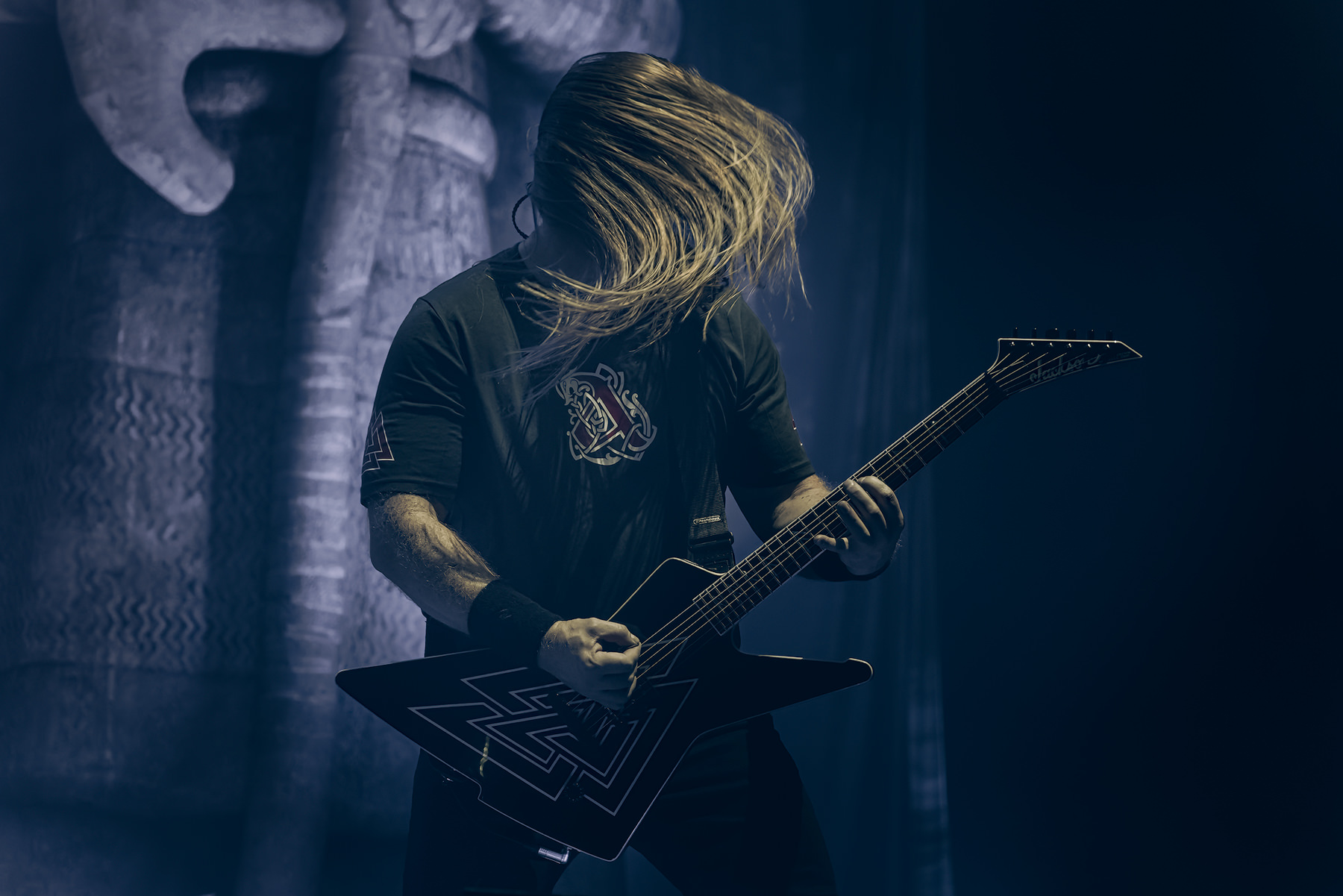 With new albums under their belt Machine Head and Amon Amarth have headed on a co-headlining tour. To begin with the Swedes have been closing the night but now it’s Machine Head’s turn to get that closing slot.

The two might be sort of odd match to co-headline, but at the end of the day they are both heavy metal bands and together they do attract somewhat different crowds, which means that on their tour they get to play bigger venues that they normally would if they’d played on their own. And as for the crowd, they were set to get their money’s worth.

For more than a decade now Amon Amarth has been on basically constant commercial rise, while Machine Head went through some turbulent times with two long time members leaving after the release of Catharsis, the band’s weakest album to date. Since then, the band embarked on a 25-year anniversary of their classic debut, which saw them play two sets, with two different line-ups. After all the turmoil the band retuned with strong Of Kingdom and Crown, and a new line-up.

After a short set from Swedish The Halo Effects, Amon Amarth took the stage and just like the case is with their records, seeing them live you do know what you get. It’s big and epic, it’s filled with catchy riffs and fist pumping choruses. Also, visually you know that the whole thing is going to be Viking inspired and grand. Nevertheless, when curtain dropped, and the band ripped into “Guardians of Asgaard” one couldn’t help but feel the impact of the above-mentioned elements coming together. The catchiness of the opener, the piles of pyro and good sound served as a rock-solid opener to the show.

The Viking-aspect of the band as well as heavily relying on the pyro and other visuals at times does get a bit tiring. But despite those being very important aspects of the band’s identity and nonetheless live show, they wouldn’t work live has there not be more to it. Amon Amarth’s music works very well live and as such it makes it easier for the band to keep the grip on the audience. And while all those elements play a very important role it’s the band’s involvement, professionalism, and joy of playing that impresses the most.

The almost humble approach from the band plays important part balancing out the grand elements and for the most part avoiding this concept to become pretentious and too tacky.

There is simplicity yet full control to band’s lead guitarist Olavi Mikkonen that seems representative of the band as well. His guitar tone is gorgeous and his playing flows smoothly and he makes it look so easy.

Johan Hegg did a good job keeping the crowd going and combined with catchy choruses and the endless line of stage props and explosions they did manage to get the involve the crowd and more so as the show progressed. On the other hand it did seem bit peculiar that he would leave the stage during just about every guitar solo. It’s not like Amon Amarth has those extremely long instrumental sequences that more than justify James LaBrie leaving the stage during them at Dream Theater concerts.

Setlist for the evening was quite typical but cleverly put together. It all culminated with crowd-pleasers “Raise Your Horns” and “Twilight of the Thunder God” with band delivering as it is expected form them. It was a pleasant evening for the band’s fans and those who showed up to see Machine Head, and it was a good example of hard work paying off.

True to tradition Ozzy Osbourne’s “Diary of the Madman” served as the into and it works well every time. It did however seem bit odd when the big curtain hiding the stage dropped and the Machine Head members slowly walked onto the stage, because the curtain-drop does work best if the band immediately rips in the opening song. But for whatever reason they chose this approach instead. After a short pump-up speech from band’s only original member Robb Flynn, the band kicked the show off with “Become the Firestorm” from the new album. Fast and furious one, but new song nevertheless and it did kind of take the audience by surprise and Flynn had hard time getting that circle pit going, no matter how much hard he tried.

And it actually took the band couple of more songs to get firmer hold on the crowd. Surprisingly it wasn’t classics “Imperium” and “Ten Ton Hammer” that did the trick, but rather “I Am Hell (Sonata in C#)” from Unto the Locust. During the final part of this epic Machine Head broke out the pyro for the first time this evening, which additionally strengthened its impact – sometimes a well-placed less is truly more.

The second new song of the evening “Choke on the Ashes of Your Hate” worked fine, but it’s the remaining part of the show that elevated the overall experience. There was bare humble honesty to “Darkness Within”, which displayed the strong interplay between Flynn’s lead vocals and backing vocals provided by the band’s bassist Jared MacEachern.

The band even dusted off “From This Day”, from the scolded The Burning Red album and you got to give it to Flynn for including the song whose video served in that much used anti-Machine Head meme.

New guys in the band did their stuff as required, but there doesn’t seem to be anyone who does those songs from Burn My Eyes as elegantly and uniquely as Chris Kontos, who proved that just that when he took part in that anniversary tour.

Closing with “Davidian” and “Halo” is a no-brainer, which works rather well. Band’s classic first single and a sing-along epic from band’s “resurrection” album The Blackening – what can go wrong? Well not much with exception that towards the end Flynn’s vocals sounded bit worn and it didn’t help that MacEachern backing vocals were way too loud giving that recognizable chorus of “Halo” somewhat odd sound. But in general, an eminent closing and while this might not have been Machine Head at their strongest, this is still very much a band, who doesn’t seem to be able to deliver a bad show.