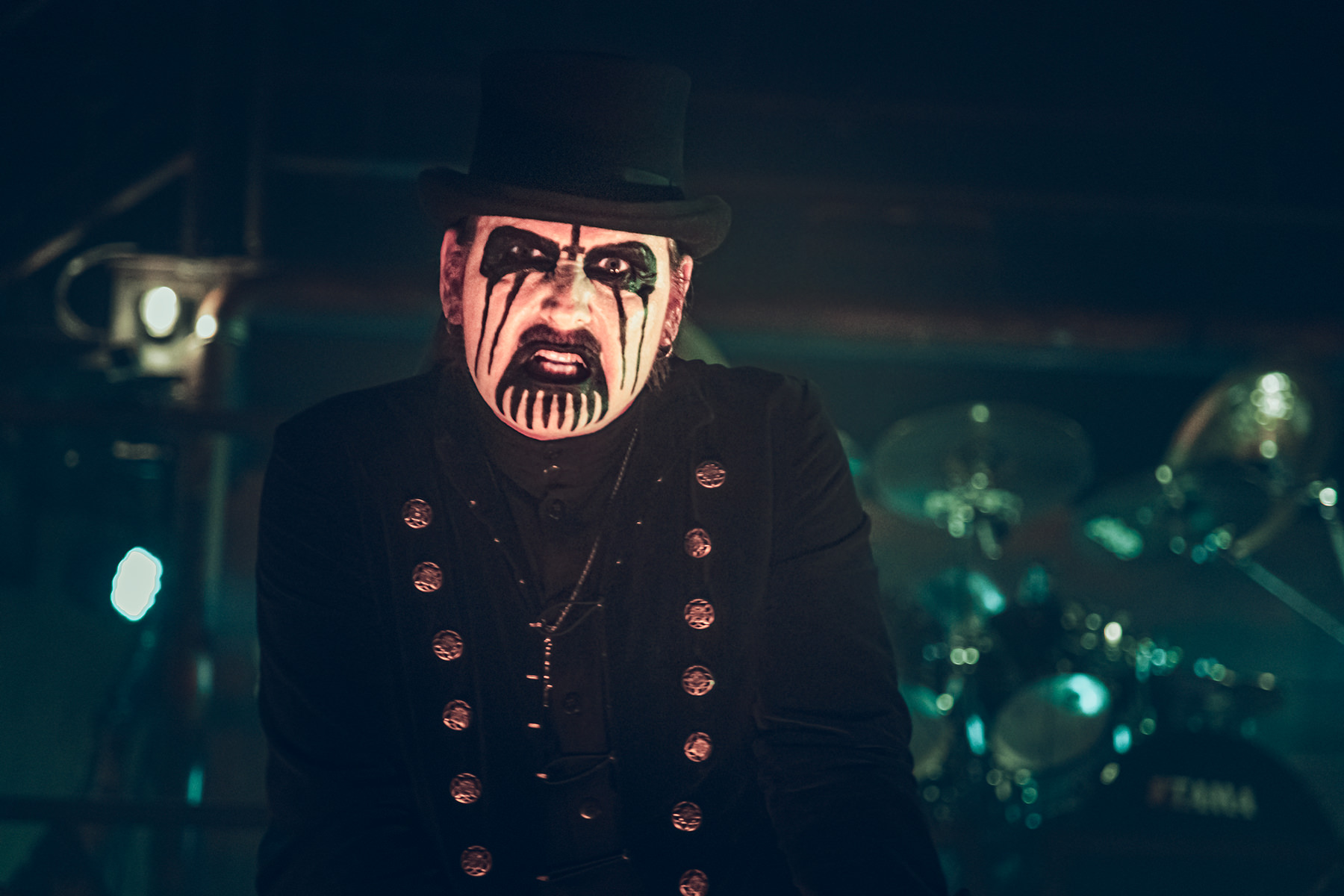 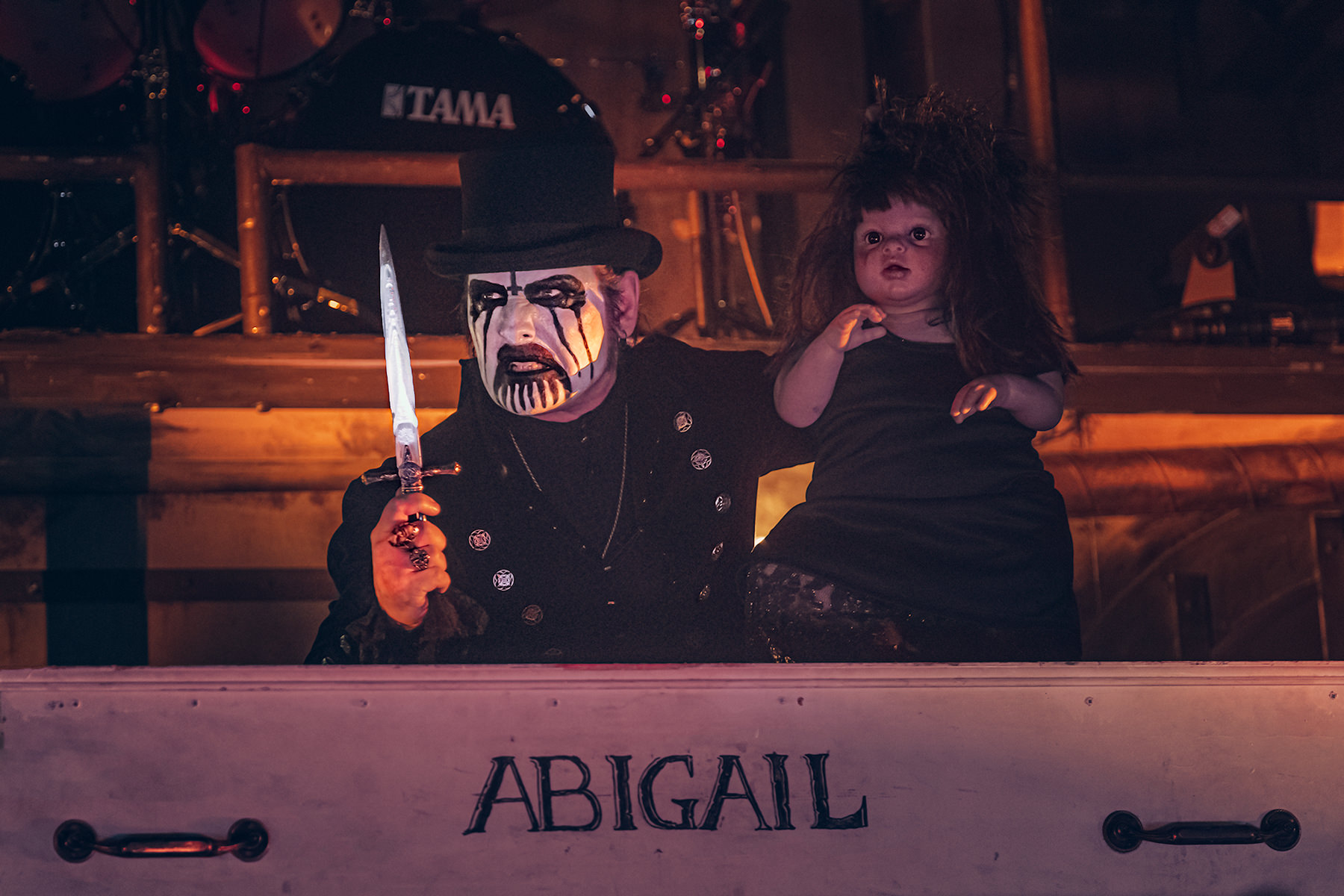 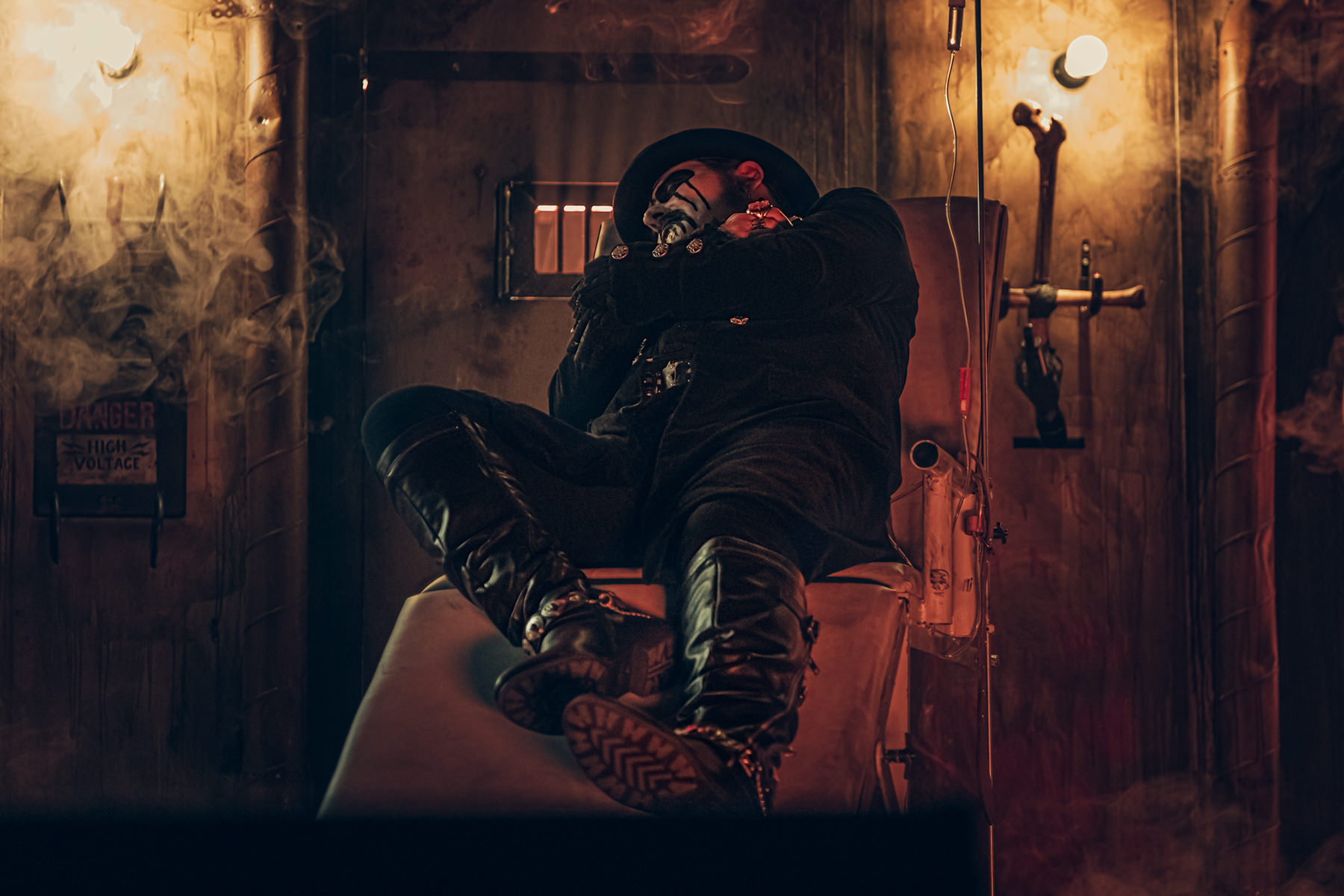 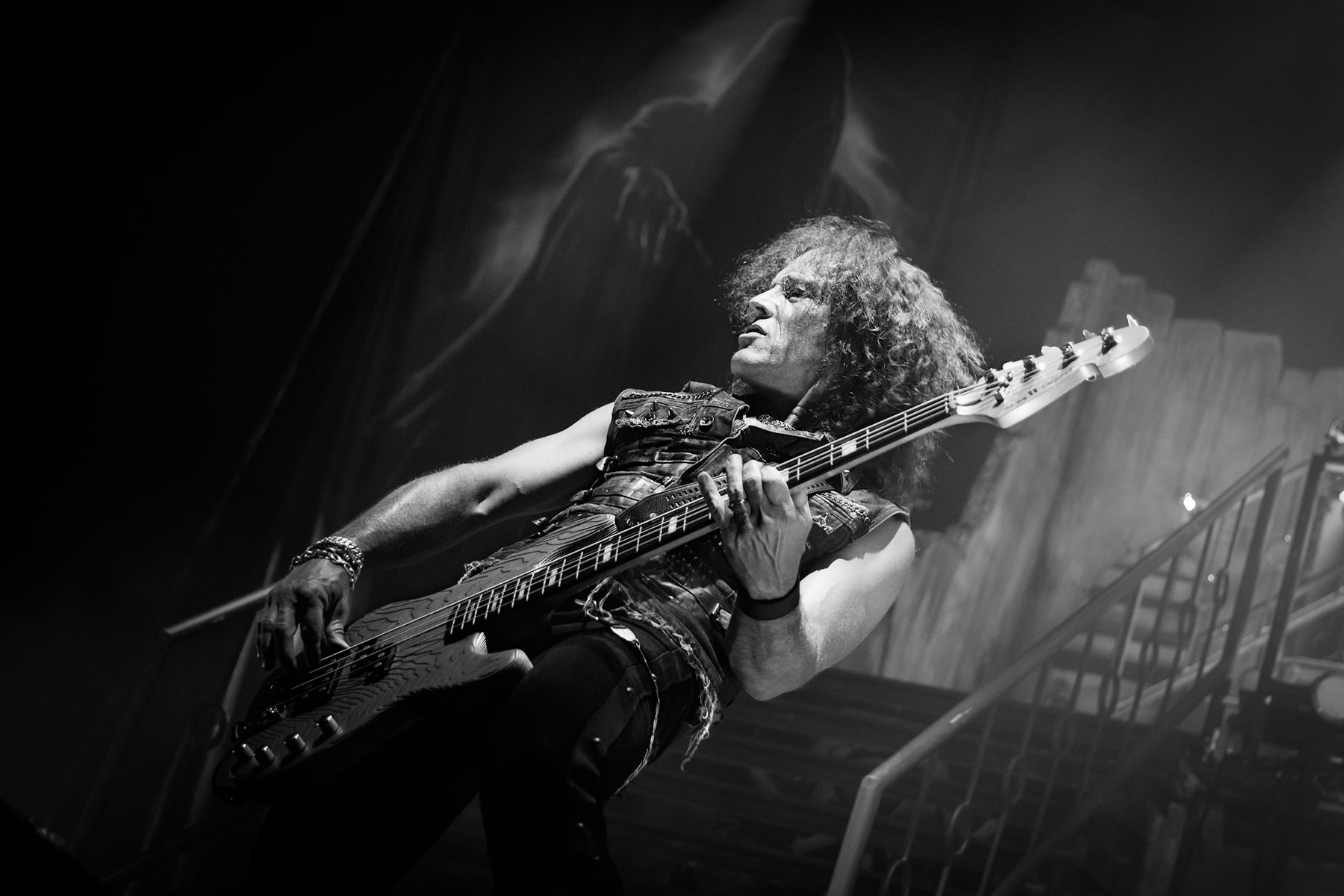 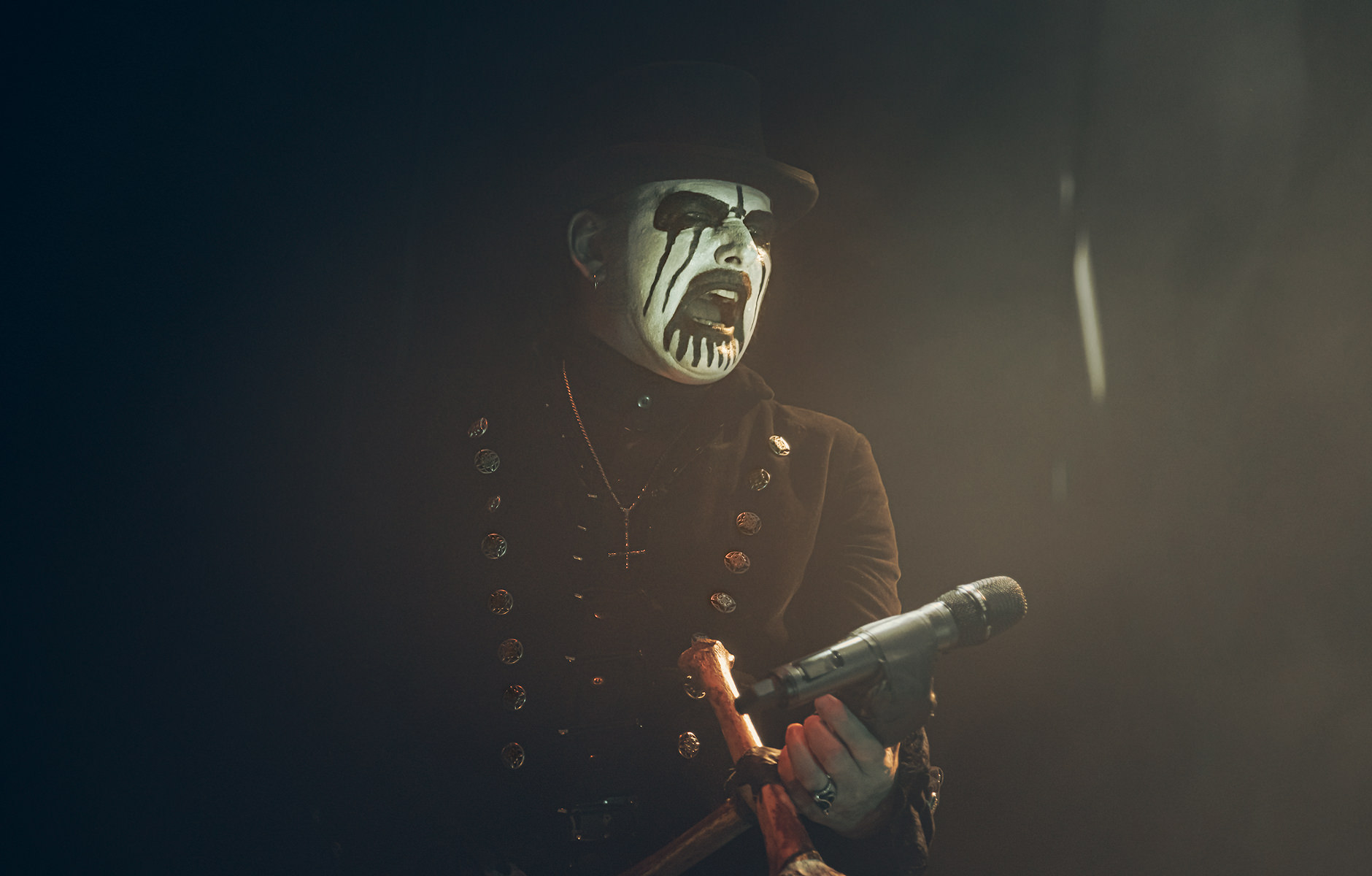 It has been quiet when it comes to new music from King Diamond and not just the band, but King Diamond the man himself. But now there seems to be happening quite a bit, with King Diamond recording new music and his other band Merciful Fate announcing return after a two-decade long hiatus. The new music is in works for Merciful Fate as well. King Diamond were set to play the legendary venue K.B Hallen in Copenhagen, which recently opened again after years of inactivity after the devastating fire in 2011 burned it down completely. The event, however tragic it might have been has resulted in at least one good thing – the acoustics. The acoustics at the original K.B. Hallen were never good and when the place was completely rebuilt (with an exception of a single wall which remained) acoustics were taken into the consideration.

The return of “The King” to his native Copenhagen was bound to get plenty of attention, but playing the venue with capacity of 4500 people seemed like overkill. But by the time the show started it was clear that promoter had finger on the pulse of Copenhagen’s (and let’s not forget the nearby Swedish city of Malmö) King Diamond fans. The show was not sold out, but it was packed, which is impressive in itself and especially taking into the consideration the lack of new material from the band, fairly high ticket-price and nonetheless generally peculiar nature of King Diamond’s music.

The big stage setting was a typical for the band with all the elements and props that usually make the band’s stage. Comparing it to the stage setting at King Diamond’s 2016 Copenhell show it was bit more static, but just as effective and with extraordinary sense for detail and details’ role in the whole. The forntman was wheeled onto the stage on a hospital bed, to the notes of “St. Lucifer’s Hospital”, which quickly turned into “The Candle” the opener from band’s 1986 debut album. A bullet-proof opener was accompanied by decant sound, what did lack some serious clear tones and balance. Pontus Egberg’s bass was hard to spot and the band’s trademark clean sound didn’t cut through until some four songs later. And even then it did suffer from occasional lack of balance and sudden outfalls.

But speaking of band’s trademarks, the biggest one has always been King Diamond’s vocals and it’s pleasure to see that at age of 63 he still masters it gracefully. No the vocals are not what they have been at the height of his creative career, but taking their demanding nature, the man’s age and the open heart surgery he has delivered a remarkable performance last night in Copenhagen. Sure he’s helped along with fair portion of effects and backing vocals, but never the less and impressive display from one of heavy metal’s most unique vocalists. With exception of Egberg the rest of the band has been together for a while now and they play very well together. Often it even feels effortless despite the complex nature of the music. The massive usage of backing tracks at times seemed unnecessary and as an easy fix, but they weren’t outright annoying or particularly dominant during the songs.
In the course of the show King Diamond have touched upon most band’s milestones delivering the songs people expect, but also a curveball or two. New track “Masquerade of Madness” is a promising teaser for the new album. It embodies all the trademarks of the band and it’s simply well-written King Diamond song with just enough oddness and catchiness.

The big part of a King Diamond show has always been the atmosphere carefully constructed from musical and visual aspects and last night’s show was not an exception. The numerous interludes further strengthened the overall feel of the concert, but at times they also took some of the flow from the concert. On top of that King Diamond’s apparent joy of playing for such big and lively home-crowd resulted in him praising the crowd and trying to channel his gratefulness after majority of the songs, which stood in contrast with the rest of the show. Sure, it highlighted the live-music aspect of the show and one can only respect the importance of this gig on the man himself, but it did make the show somewhat uneven.

And then after 80 minutes it was all over. The band got around to playing lots of different material, but by the time they closed with “Black Horsemen” it just didn’t feel like enough. Many people were reentering the arena with new refreshments at the time the band was waving goodbye from the stage. The look on their faces was that of slight disbelief that the show was over. Taking the long line of intros and interludes into the equation, the Copenhagen crowd got approximately an hour of the actual music. That just wasn’t enough for the headlining homecoming show, despite the apparent gratitude coming from the stage.

St. Lucifer’s Hospital
1. The Candle
2. Voodoo Funeral
3. Arrival
4. A Mansion in Darkness
Let It Be Done
5. Behind These Walls
6. Halloween
7. Masquerade of Madness
Out From The Asylum
8. Welcome Home
9. Invisible Guests
10. Sleepless Nights
11. The Lake
12. Burn
13. Black Horsemen