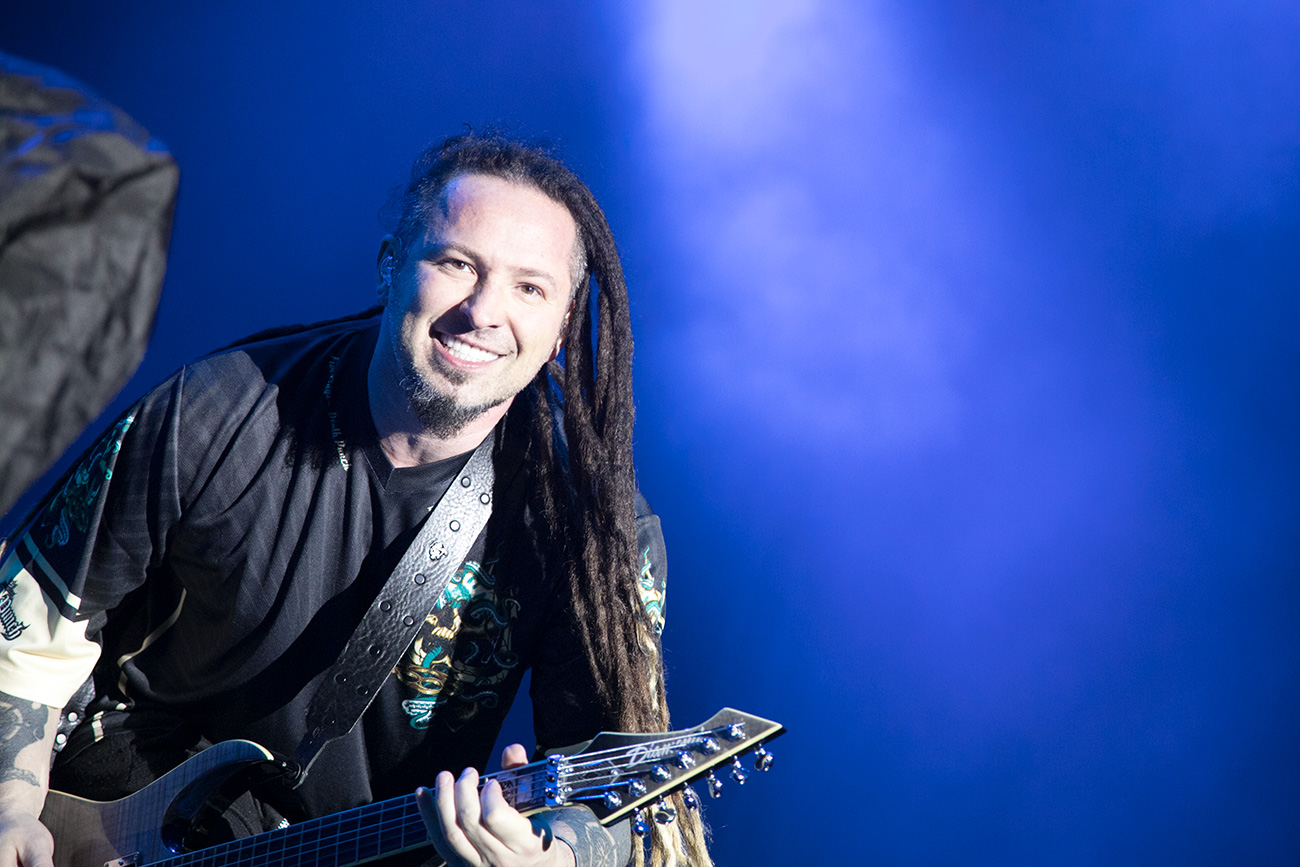 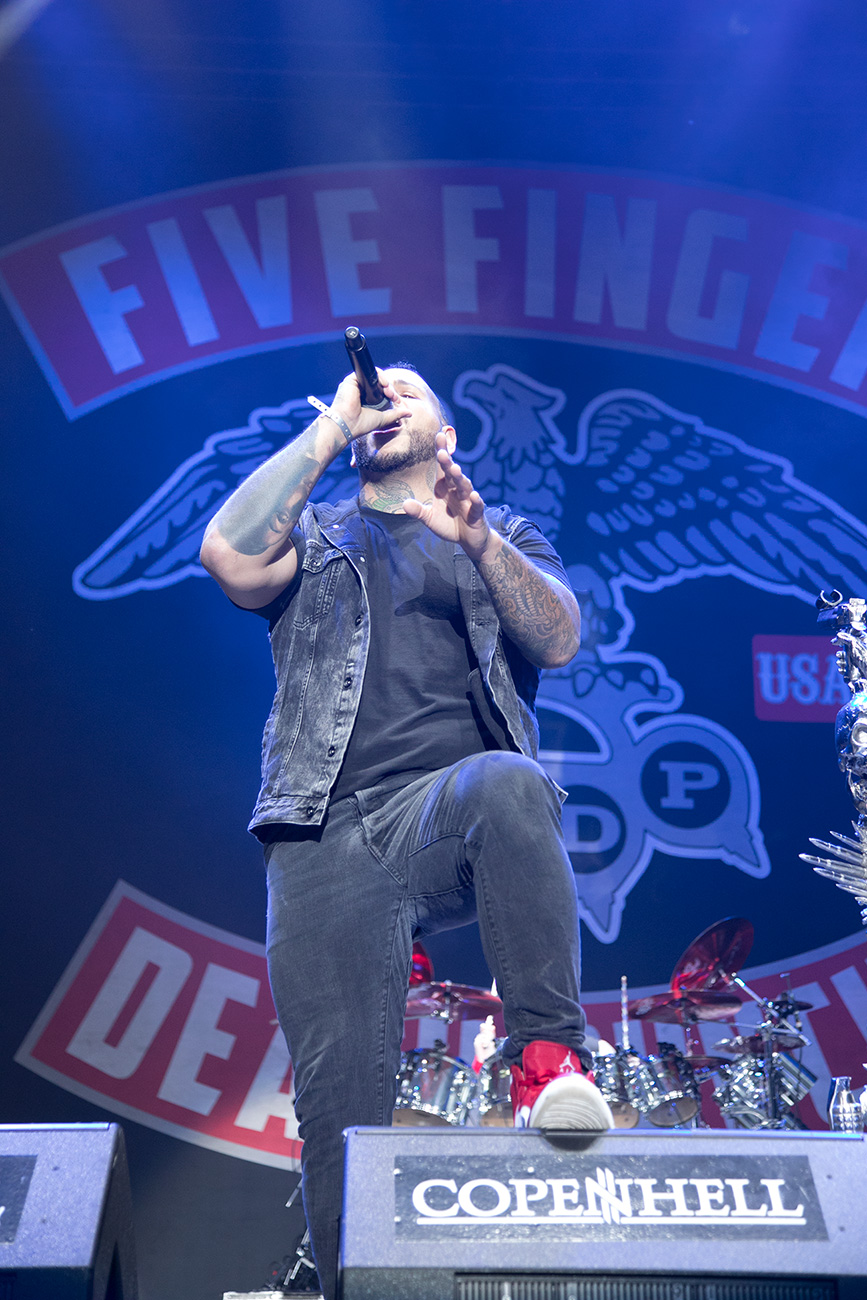 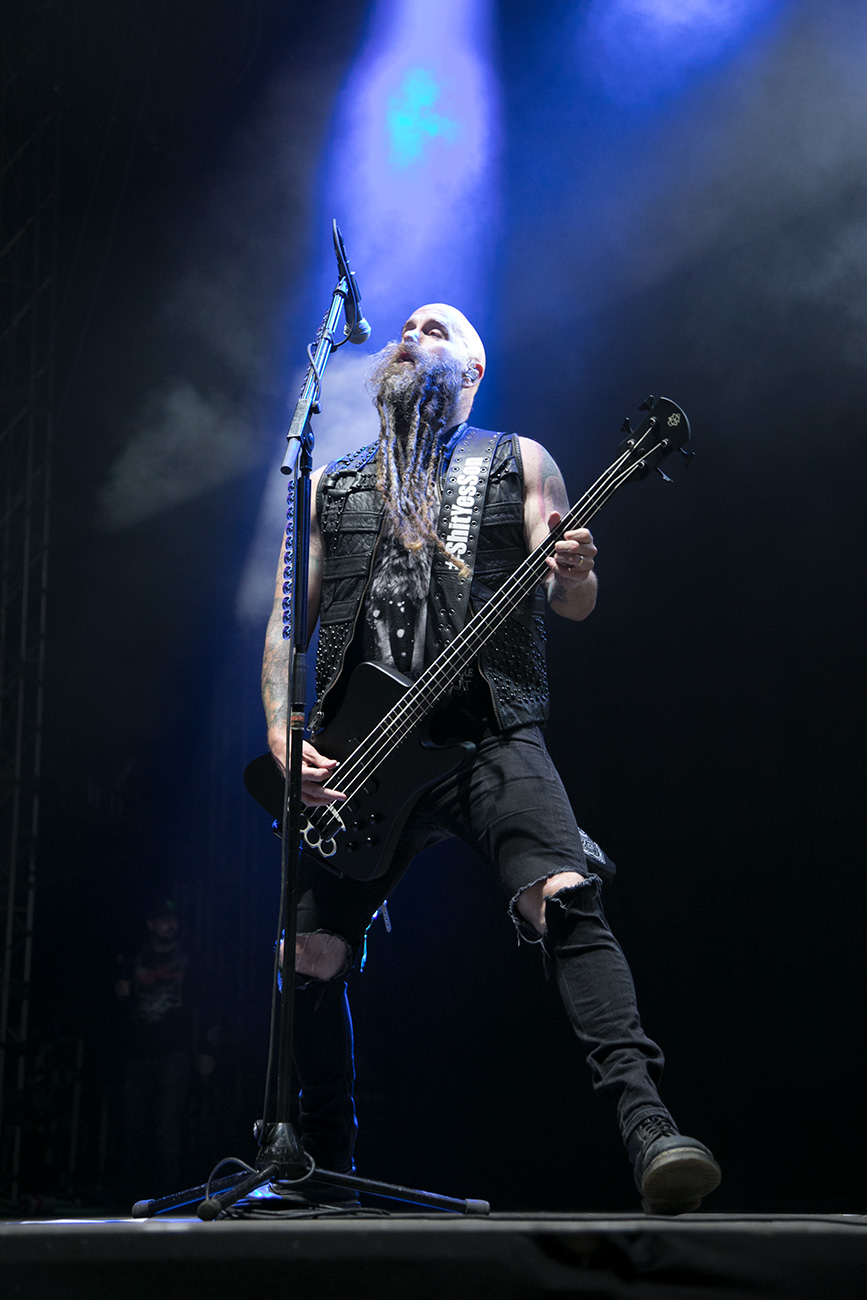 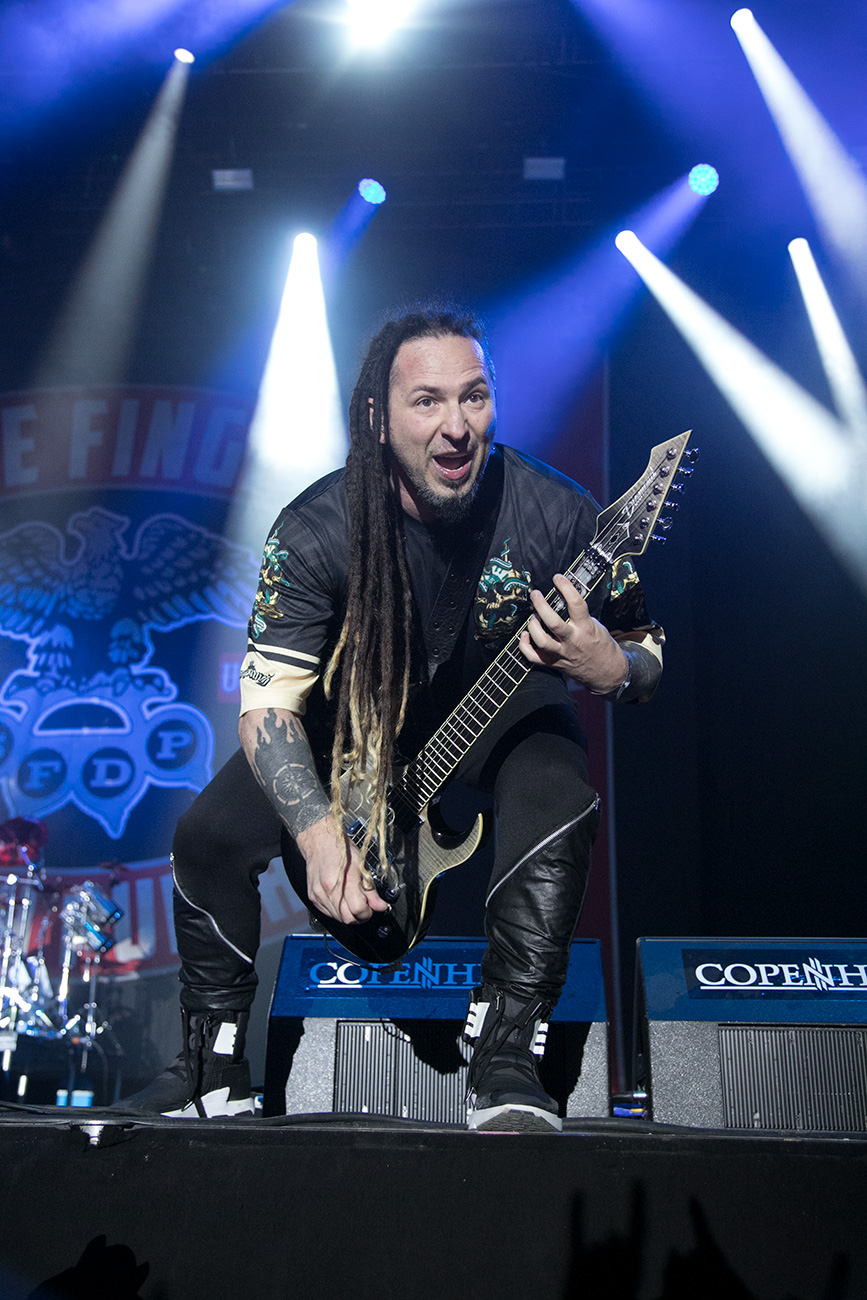 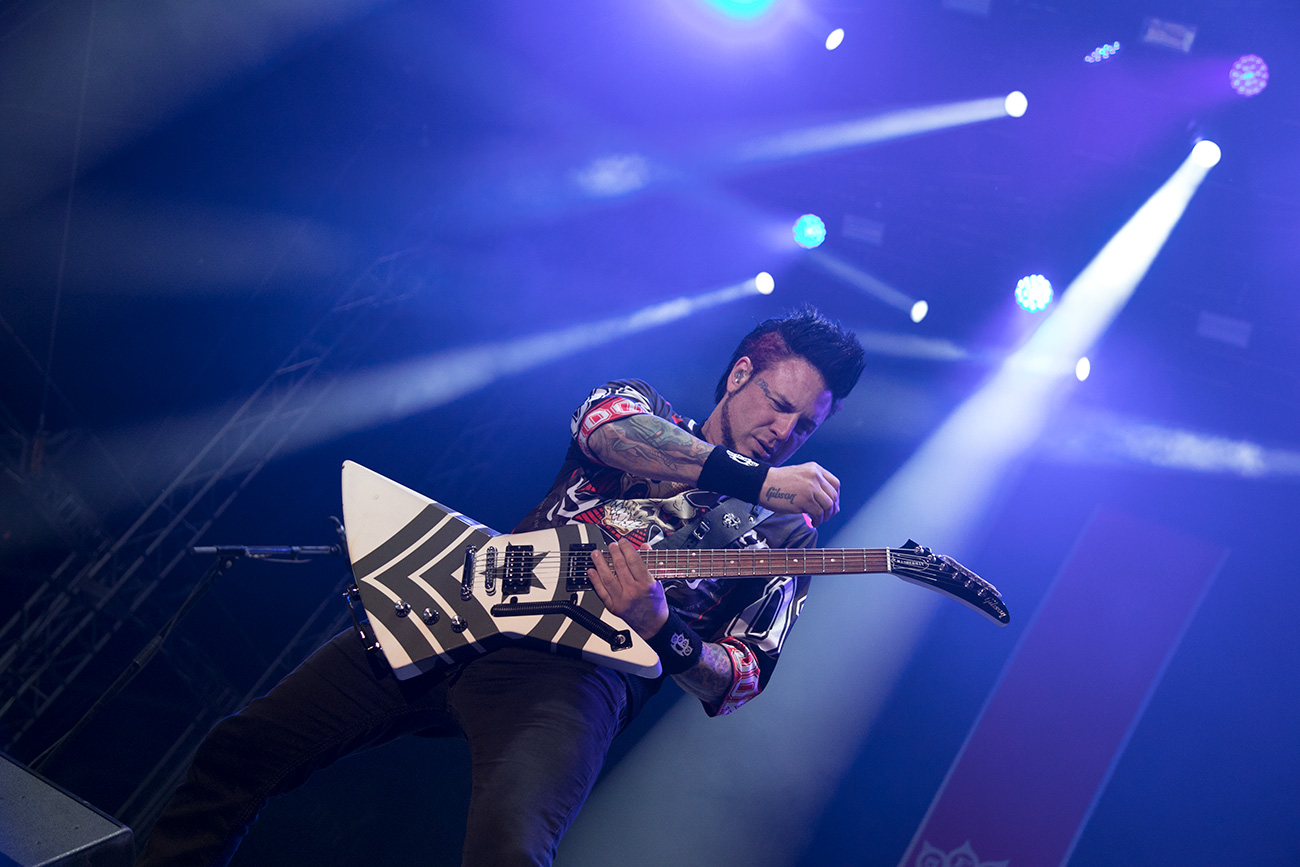 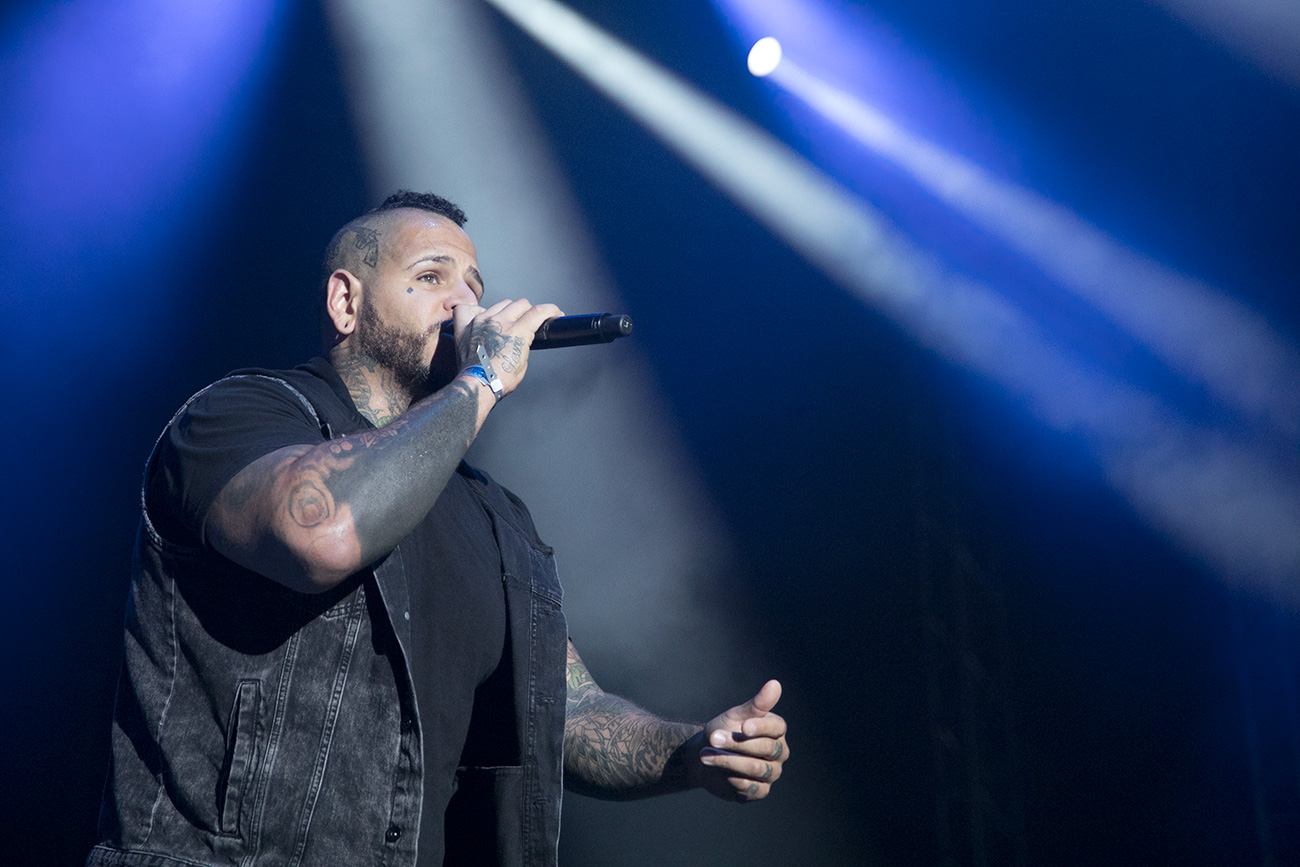 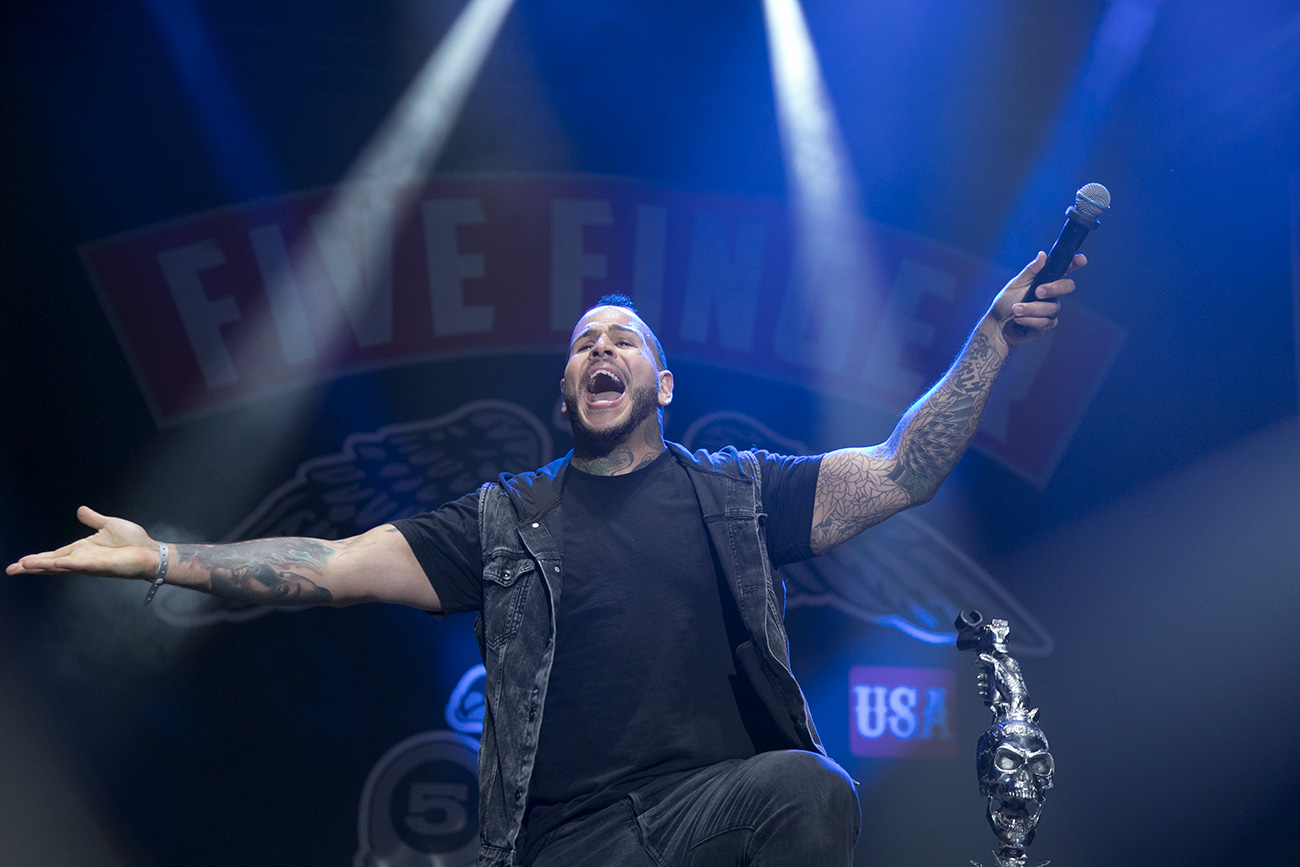 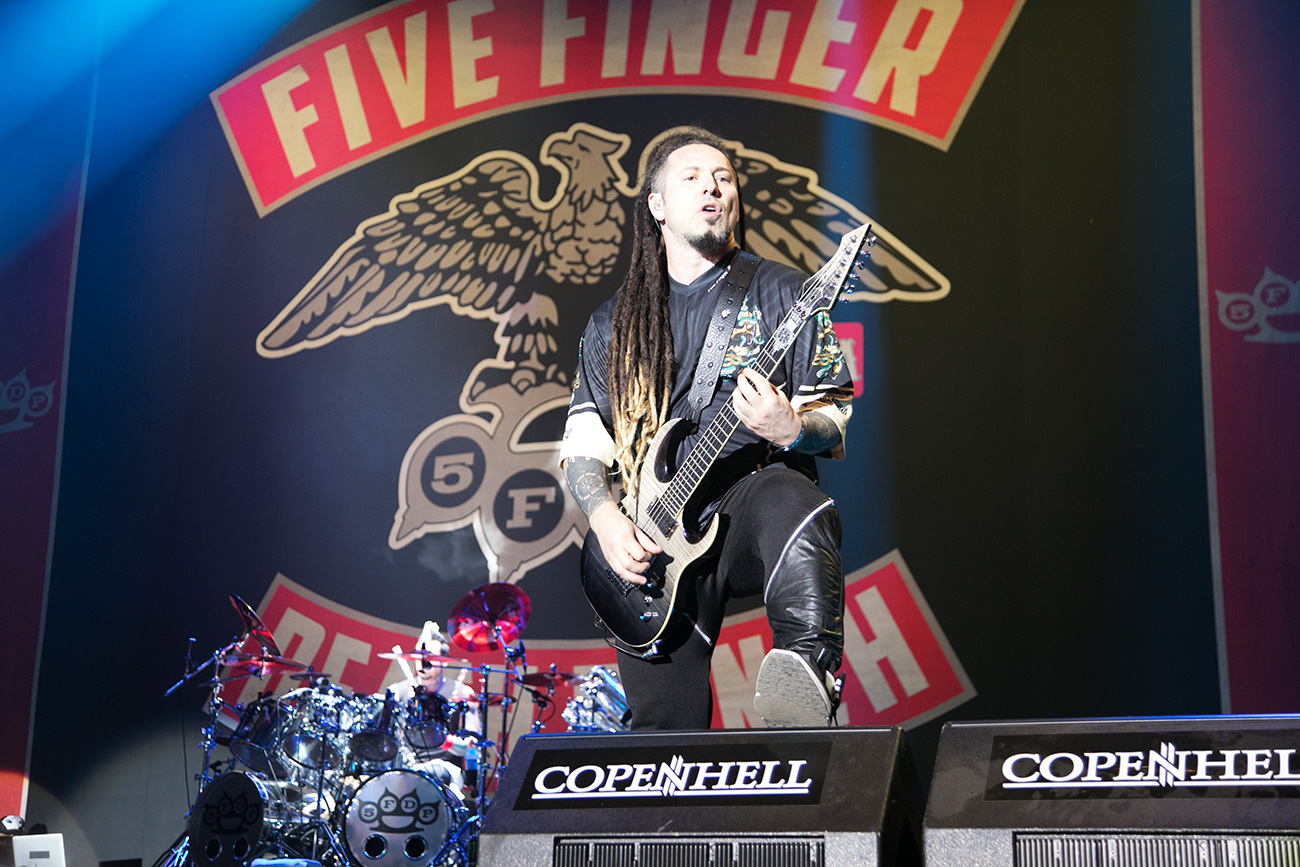 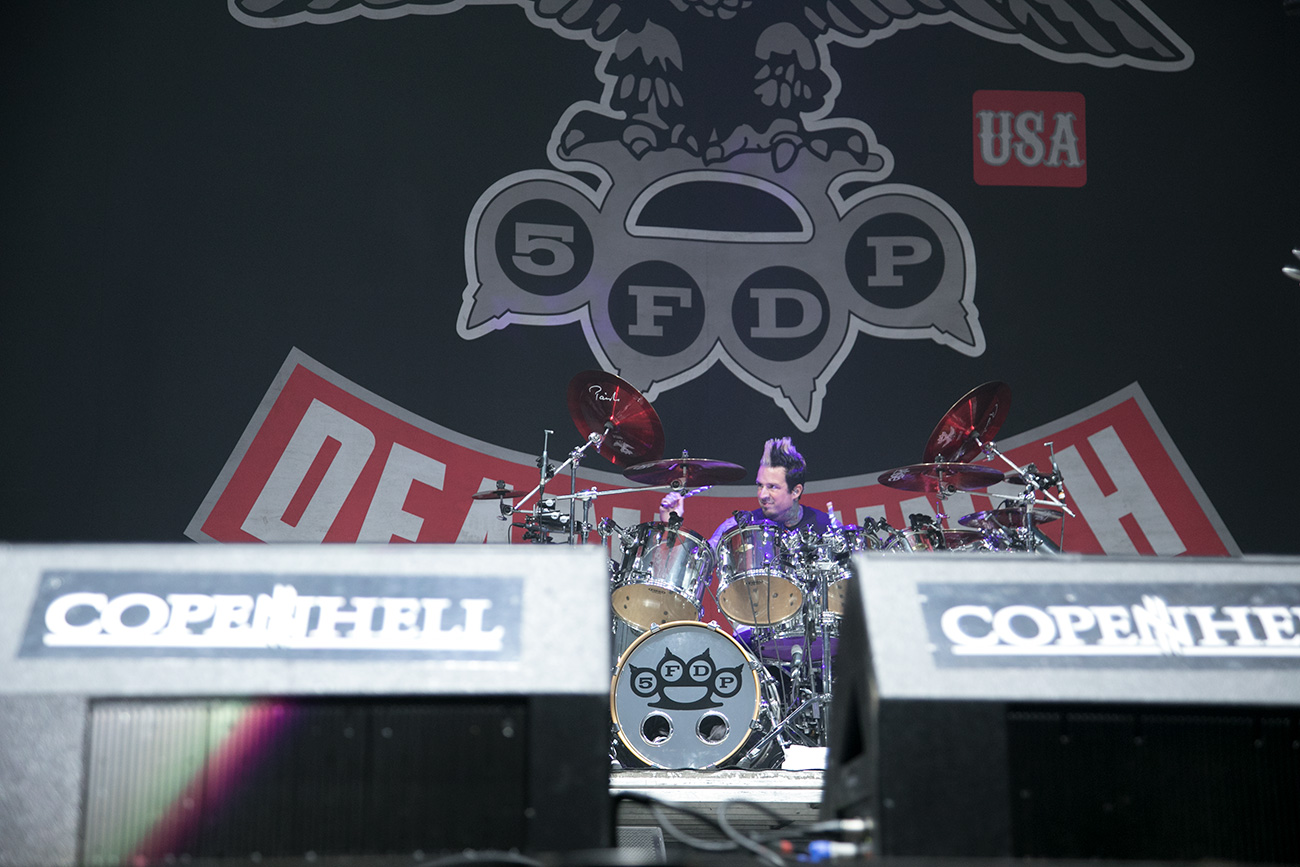 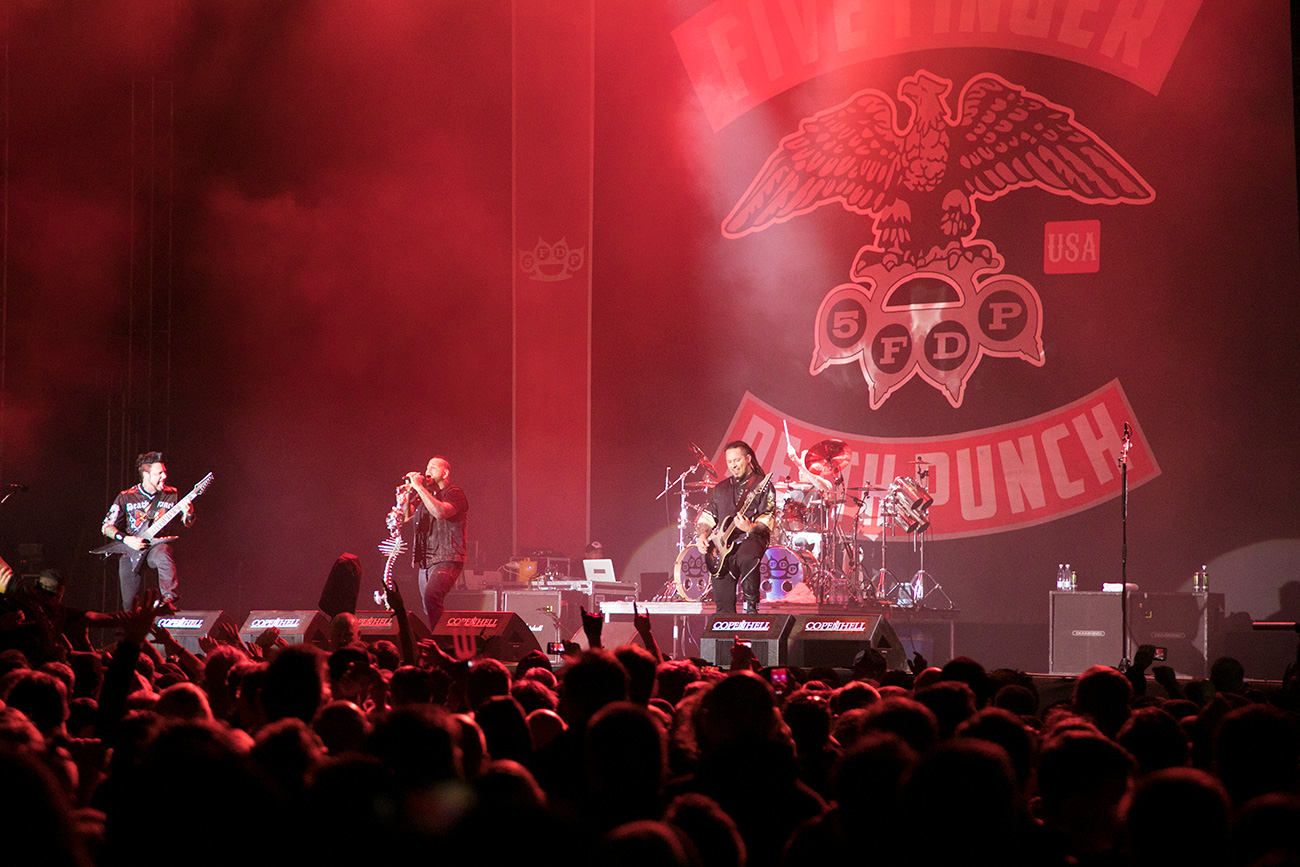 Just like the case was with Alter Bridge I had a chance to see Five Finger Death Punch live couple of weeks ago at Rock Im Park in Germany. Couple of days after that gig the infamous Netherlands episode happened where band’s singer Ivan Moody didn’t show up for first two songs and later during the show he announced that it was going to be his last show with the band. For those first two songs, his place was taken by Tommy Vext and he also did a duet with Moody on “Wash It All Away” during that Rock Im Park show.

Since then Moody has checked himself into rehab and his place was taken over by Vext.

As they stepped on the stage and ripped into “Lift Me Up” at Copenhell’s main stage I couldn’t help, but think of a phrase “overdoer of stuff”. In many ways 5FDP are all about overdoing the stuff. I mean the bass play has dreadlocks on his beard, the drummer has red cymbals and the singer has a mike stand in shape of spine and some skulls. Also, when it comes to music they seem to overdo several aspects. But that aside there is something to this band that I also find appealing. One is that underneath often kitsch-like packaging there are some fairly good songs in bands catalogue. Another of the things, for sure is the tone of Moody’s clean vocals.

Therefore, it was especially interesting to see them fronted by, basically, a singer no one has ever heard of and who just happened to be backstage at all 5FDP show, ready to step in.

And exactly that made his appearance at Copenhell even more impressive, because it didn’t take him more than a minute to create a firm grasp around Copenhell’s audience. And it was big audience too.

He’s very active on stage to a such a degree that it becomes too much, because Moody’s somewhat laidback style to live performance did create bit of a balance to the above mentioned “overdoer” approach. But Vext seem genuinely happy and thankful to have gotten this chance and he was determined to prove to the band and the audience that he should be the choice for a permanent replacement of Moody, if that time comes. Fortunately, it was not just endless jumping, running, going down to the crowd that he used as his weapon. He sang very well too and with all the running and jumping it’s actually impressive how easily he sang those songs.

Few times he had minor issues with timing at the end of the songs and on couple of songs he had to read the lyrics of the screen, but het, even the singer who have been singing same songs for decades sometimes do that.

The band has dropped lame “Walk/Crazy Train/ Smoke on The Water” intro to “Bad Company”, but they did place “We Will Rock You” jam in their set, which came across as phony as their hometown does to your typical Dane.

Bend kept the high-energy level throughout almost entire concert, but oddly it dropped some during last couple of songs, which are carefully chosen crowd-pleasers “Under and Over It” and “The Bleeding”.

Vext has proven himself a very good replacement for Ivan Moody. He was however missed mostly because of his presence and charisma. Those simple but often heartfelt lyrics somehow make more sense when sang by Moody, who in his banal way did use them to fight his inner demons.

But when all is said and done at Copenhell, 5FDP played a gig that is up there with some the best gigs I’ve seen them play in my time.