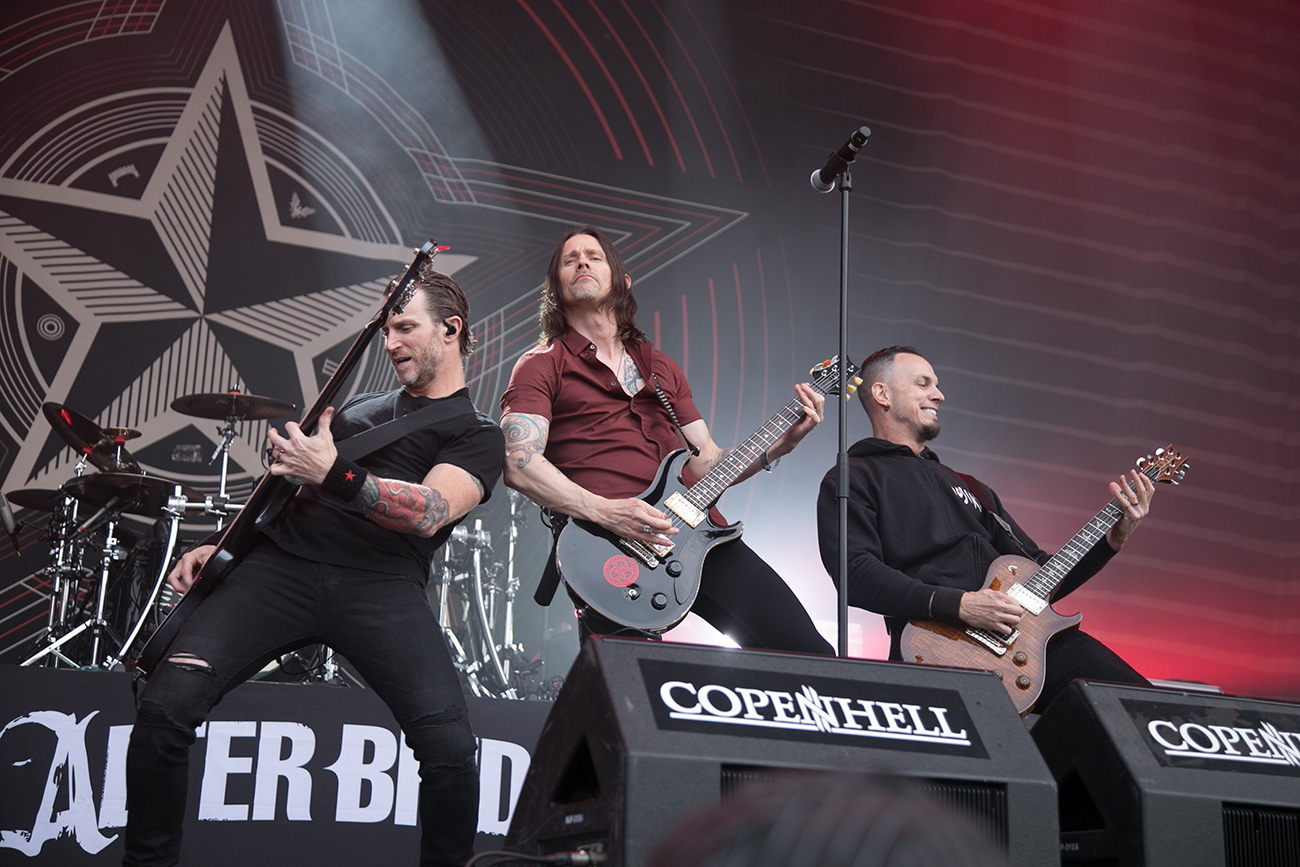 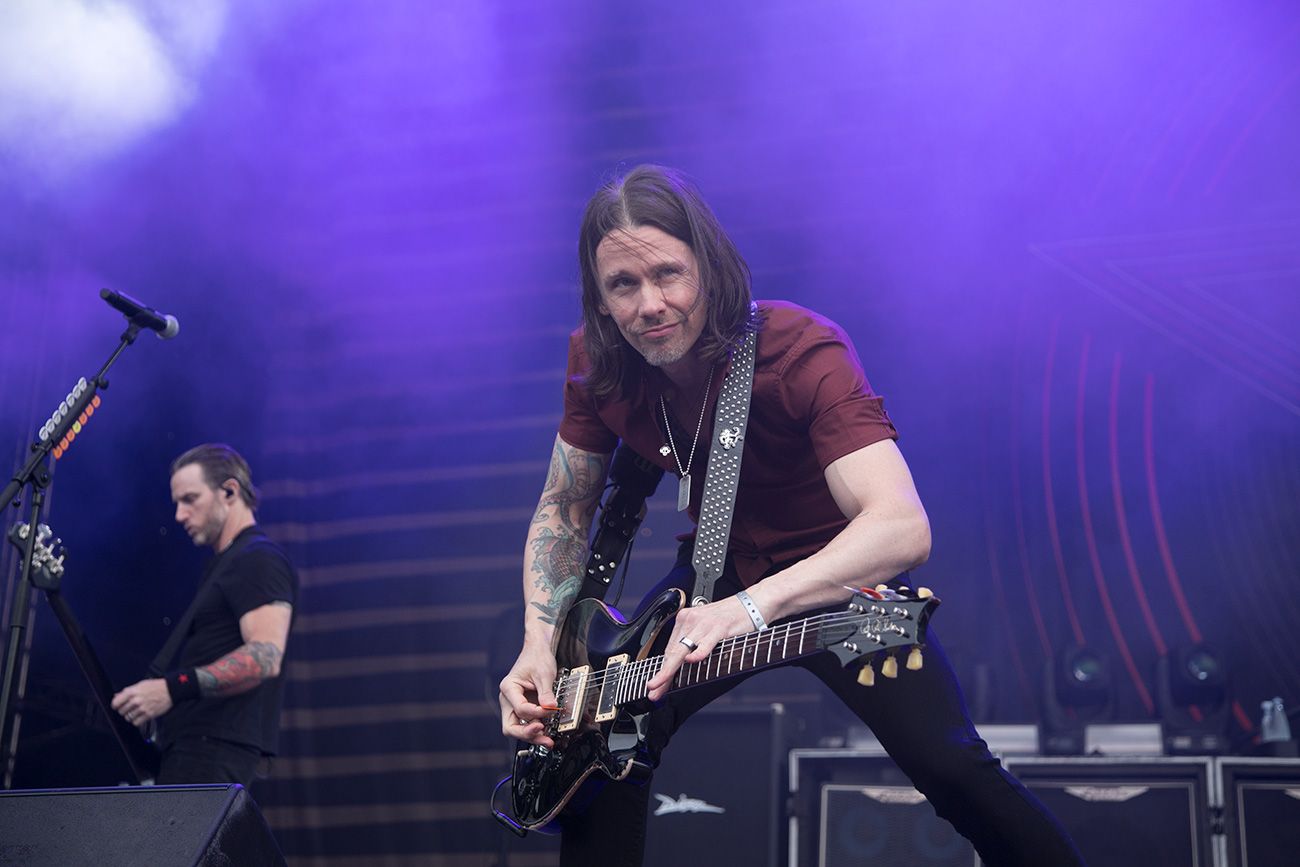 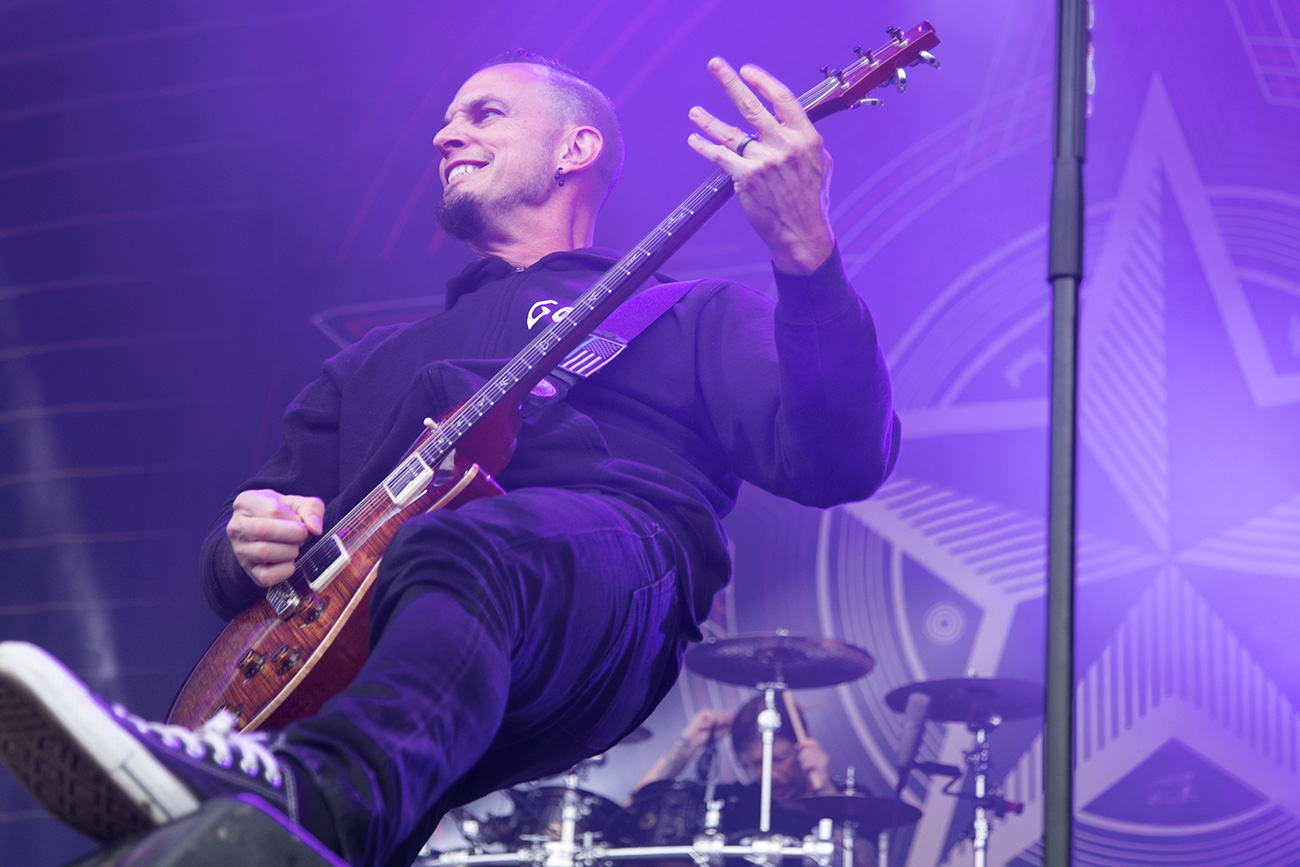 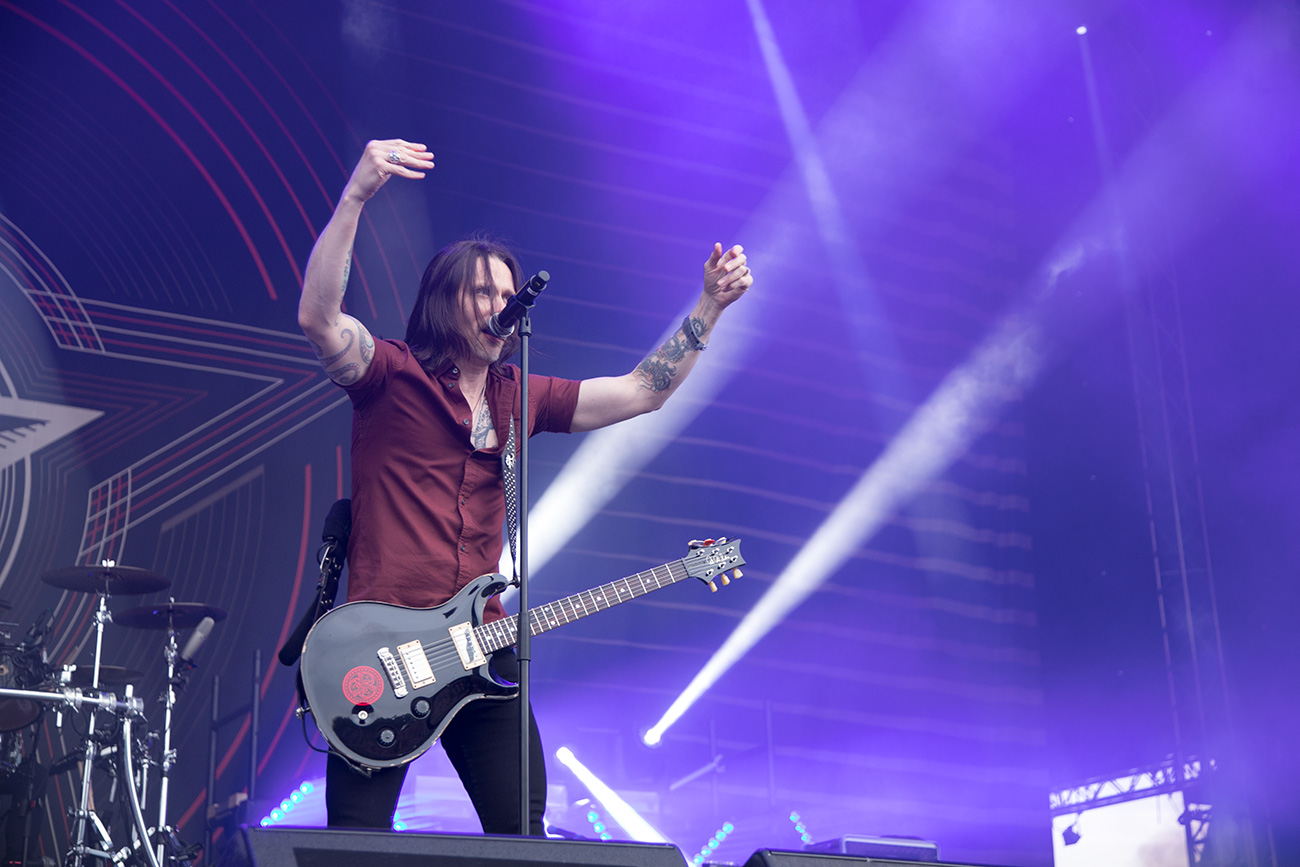 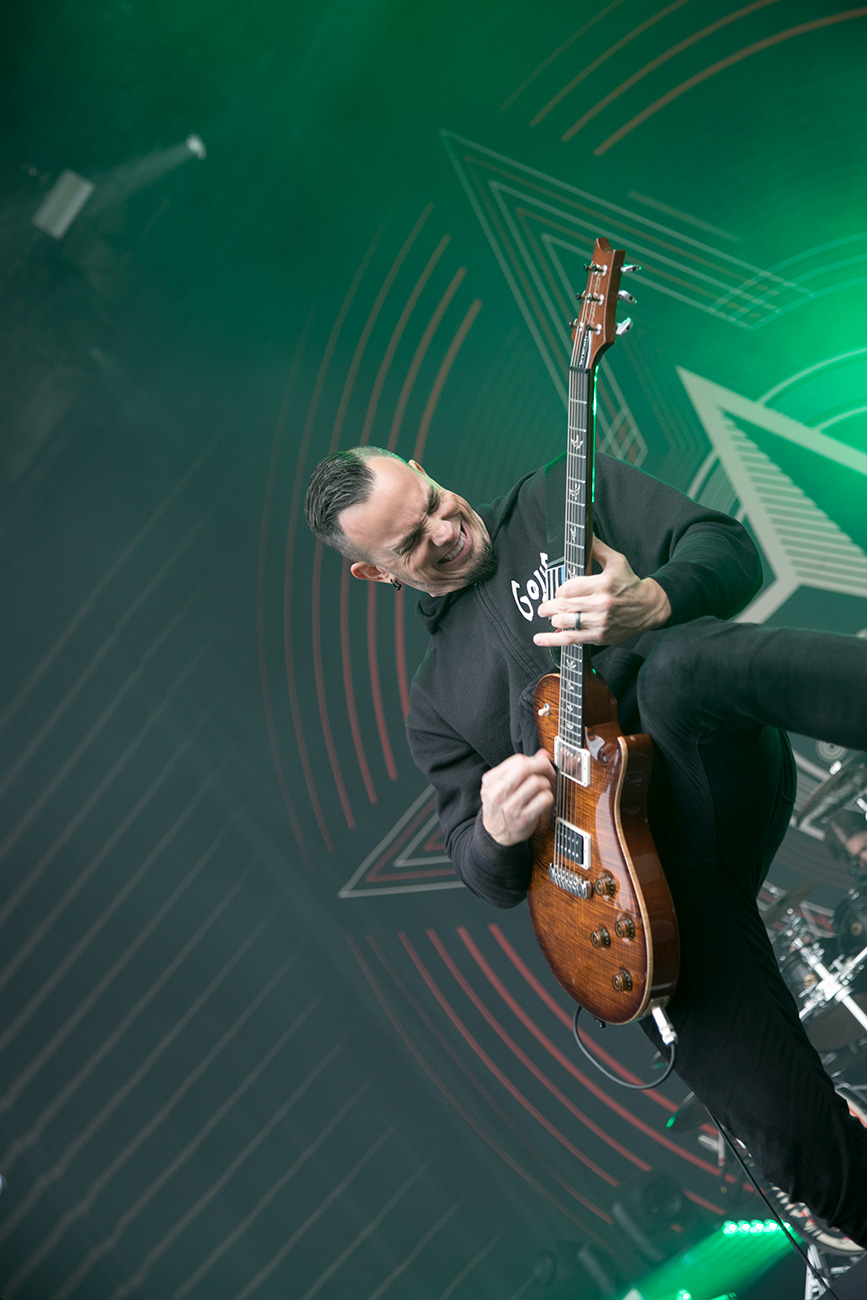 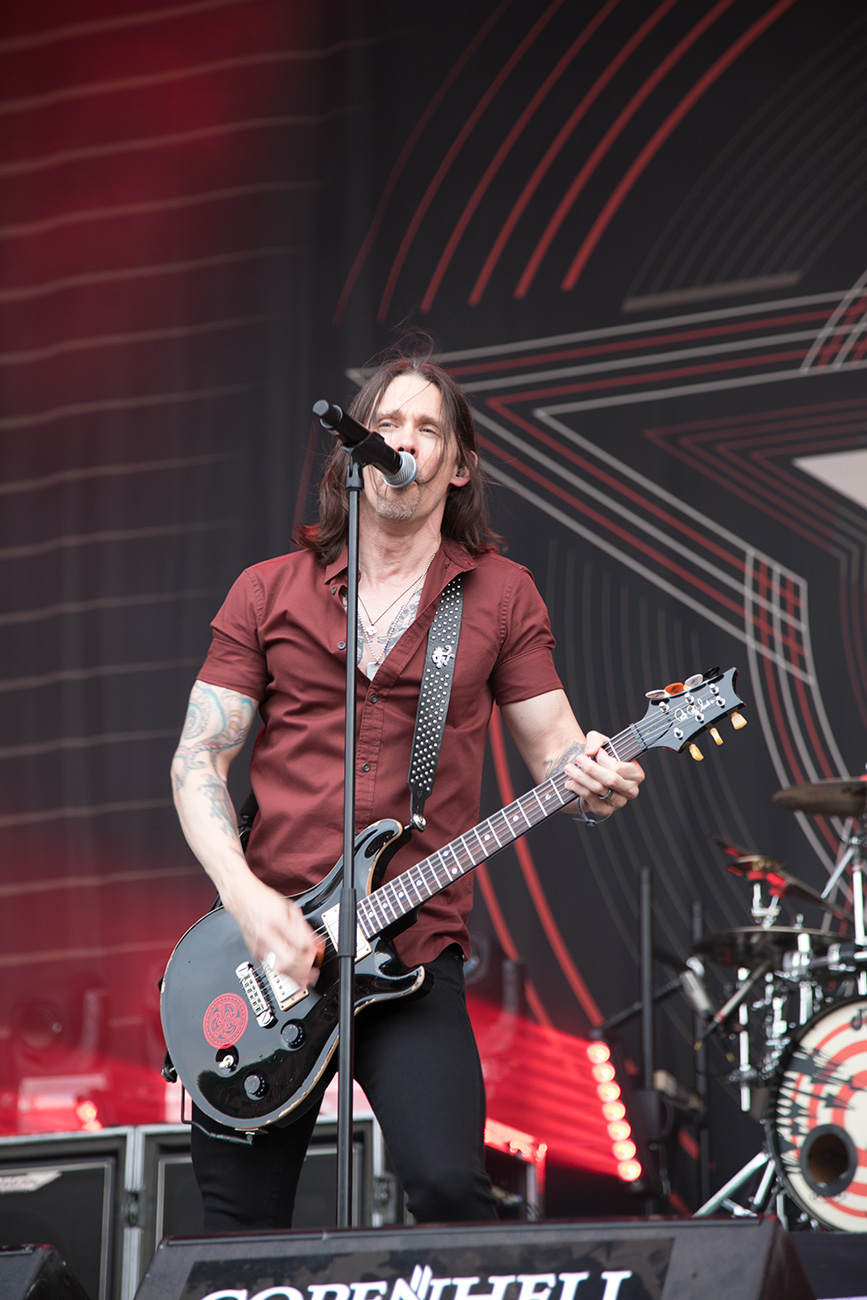 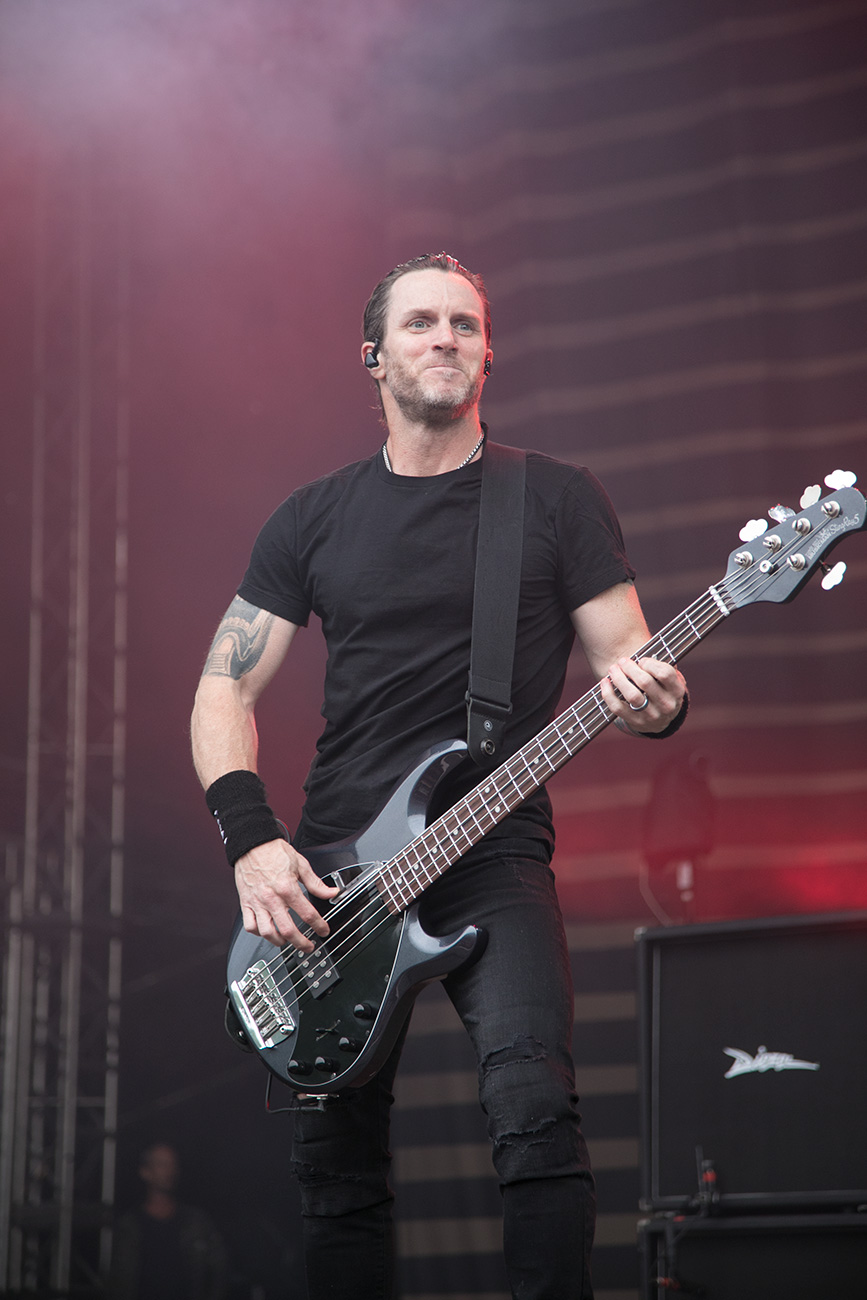 I’ve seen Alter Bridge play live countless times and they never disappoint, but there is often noticeable difference between their club/arena shows and their festival performance. They are extremely competent and safe band festival gigs often take some of their edge. The perfection of their performance becomes somewhat too safe and lacks some edge. I’ve seen them play a festival gig couple weeks prior to their Copenhell show and I have hard time gasping the difference between the two gigs, which on the paper should be very similar. Both were daytime festival gigs with similar setlists.

But there was a world of difference between these two performances. Not because one was good and the other weak, but rather that when they played Rock Im Park couple of weeks ago they did everything right, but lacked magic. The magic was most certainly there this early Copenhagen evening at Heliviti stage.

For whatever reason the band members were far more playful and joyful. Think of Mark Tremonti playing only half of a show with the “pumping-iron” expression on his face and the other half smiling like he’d had a coat hanger in his mouth. That’s rare. From the start the audience picked up on this and fed off this energy the remaining part of the concerts. Well, the crowd in the pit did anyway, the rest not as much.

In all the years Copenhell existed there were maybe only few times where number of crowd-surfers matched this Alter Bridge. What makes this more impressive is the fact that people usually don’t even crowd-surf at Alter Bridge gigs. It must have taken the security guards at the front of the stage, by surprise because I’m sure they saw this as low-risk gig. But they were spot on and solved the challenge impeccably.

It’s needless to discuss the band’s playing, because that’s always spot-on, but it’s worth mentioning that the sound was for the most part very good with just a perfect punch in those massive riffs and crystal clearness of the guitar leads.

In general, this was an impressive display of Alter Bridge’s abilities and a festival crowd that was a delight. “Cry of Achilles” was a good addition to a otherwise safe setlist, but to this day I still have hard time getting why they chose to close their shows with “Rise Today”.