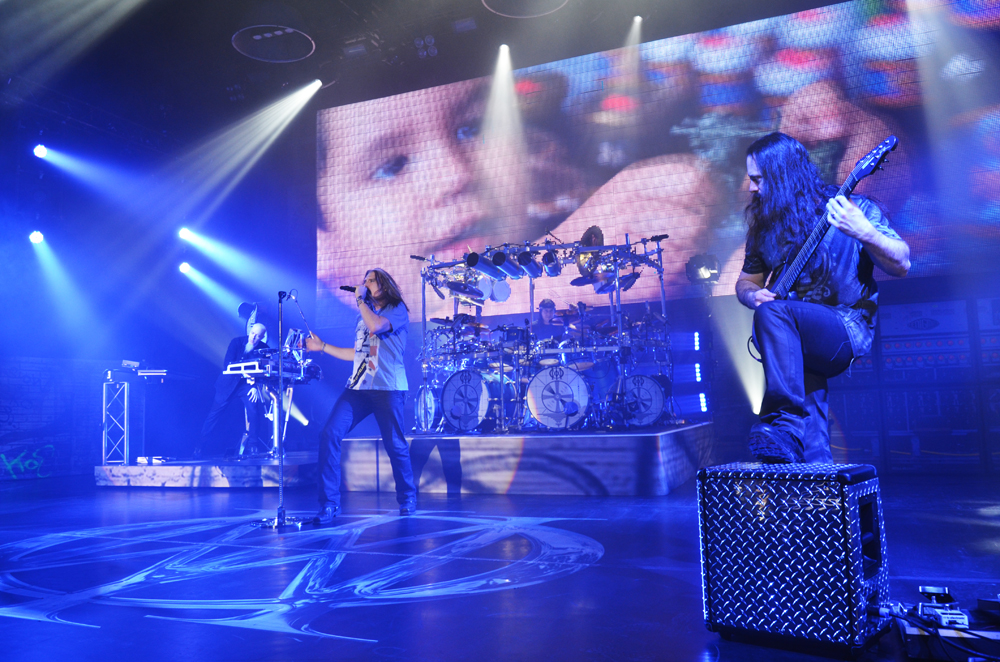 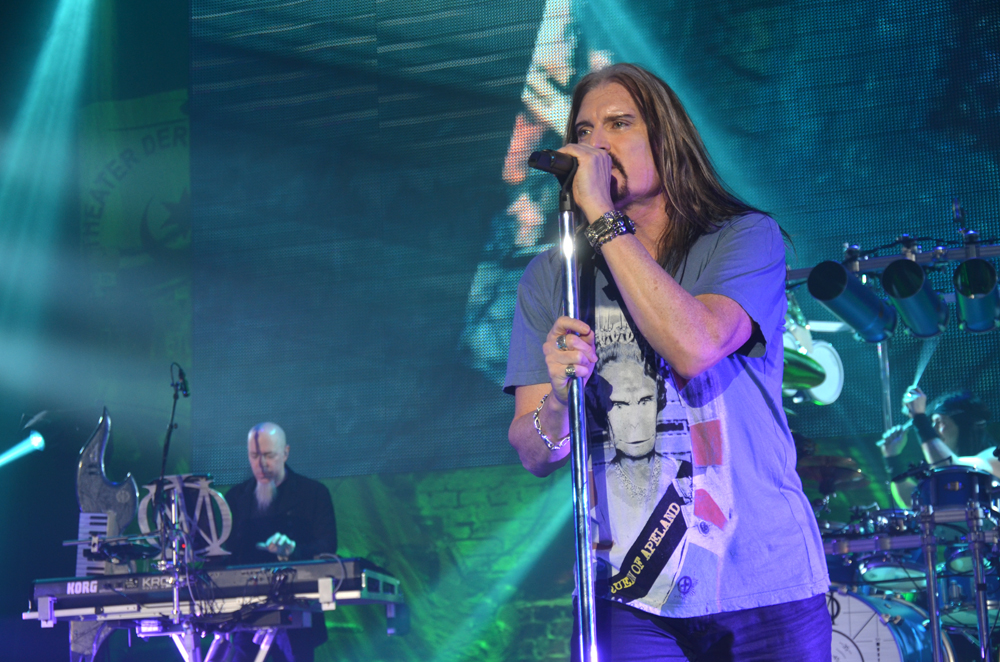 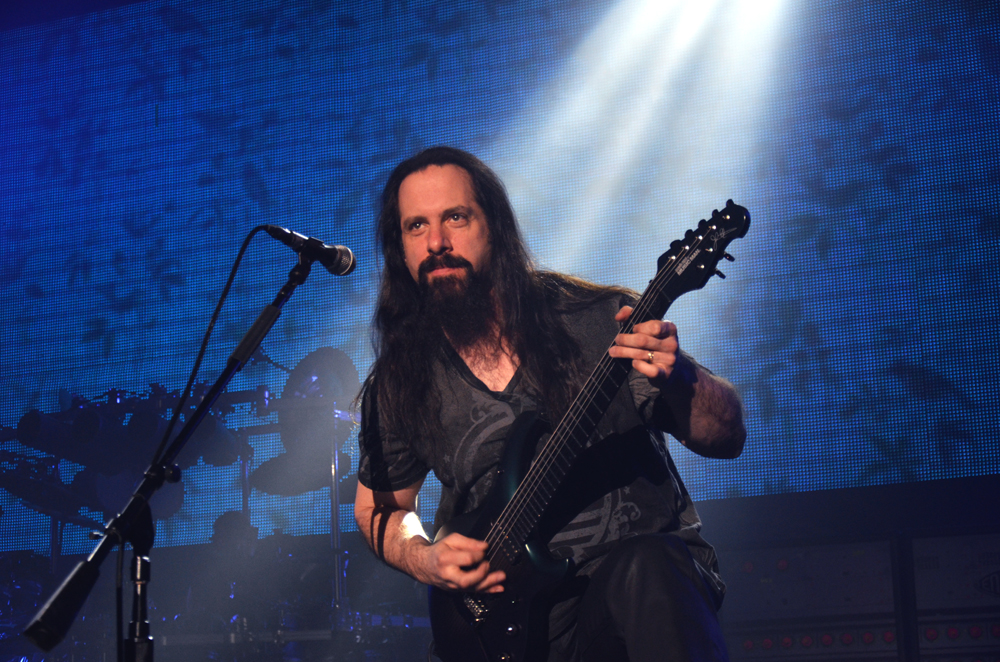 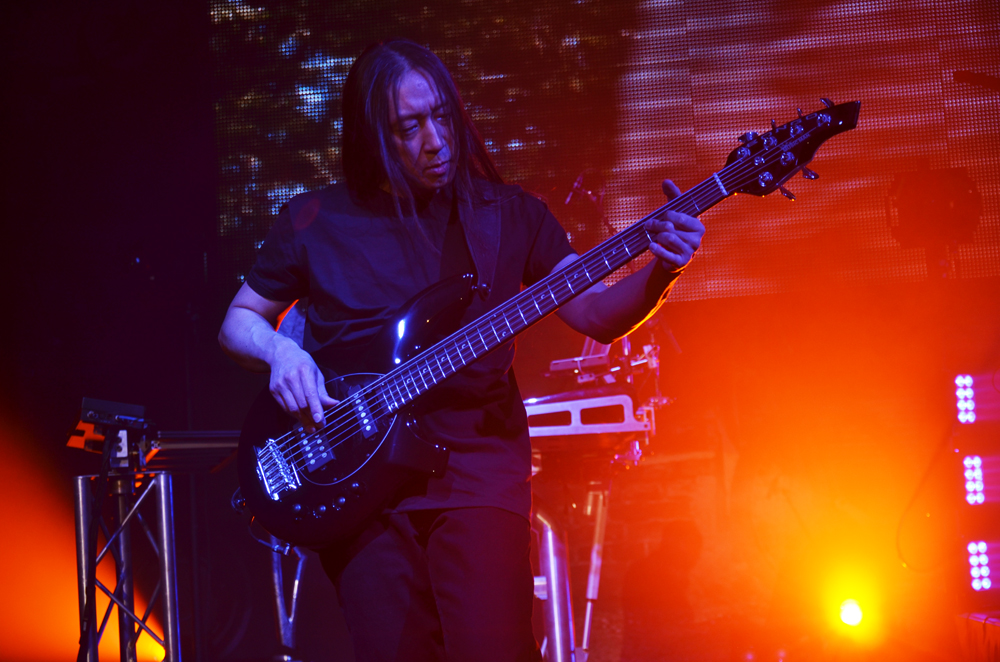 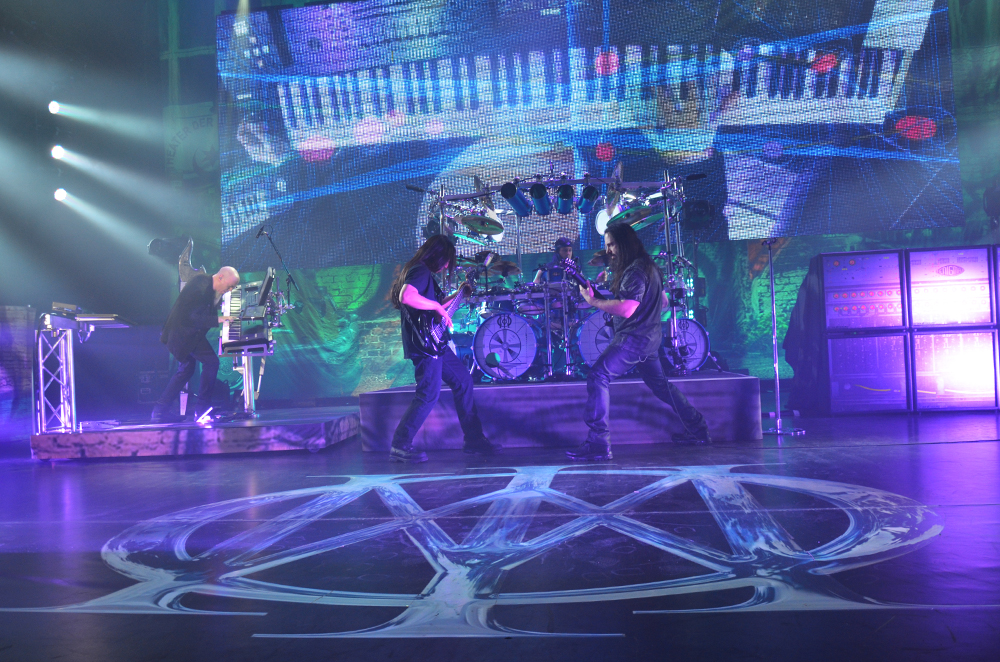 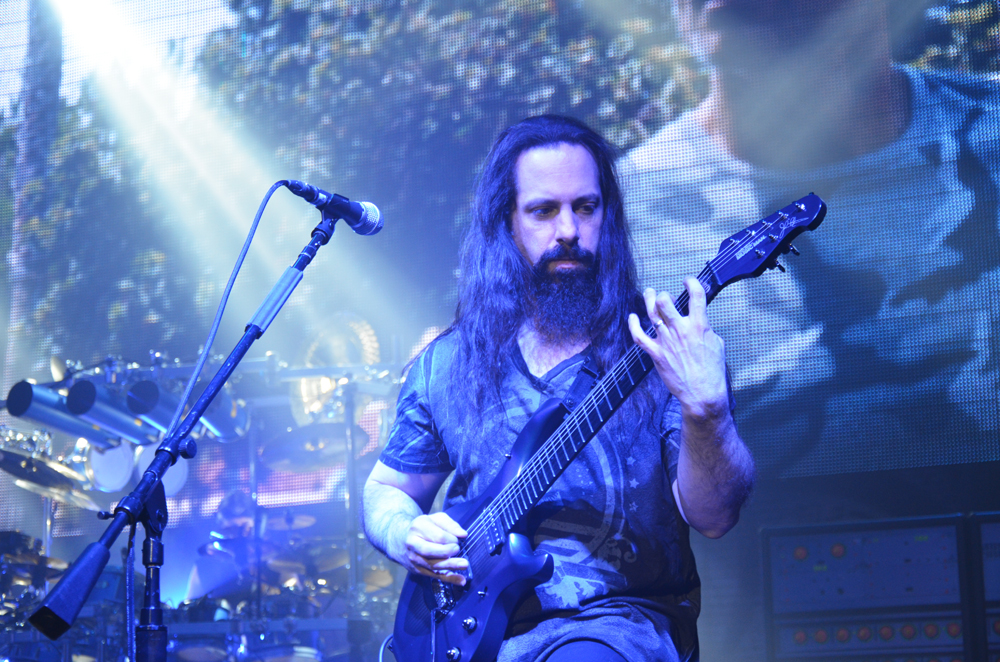 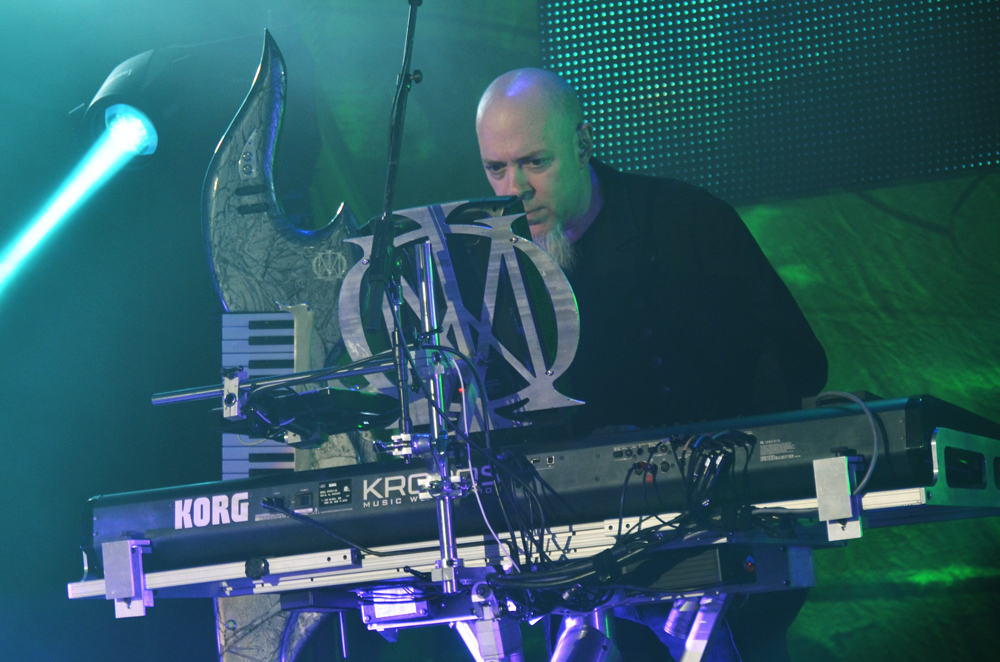 Few days ago I’ve witnessed Dream Theater’s “an evening with” show at London’s Wembley Arena and the few days between that show and their Copenhagen show felt like eternity. Perhaps that describes the quality of their London show.
I’ve followed the prog-metal kings for two decades now and in my time I have experienced them play any place from small clubs to major venues and besides this tour I’ve also experienced them play “an evening with” shows ten years ago on their ‘Train Of Thought–tour’. And it’s clear that it’s this type of shows allow the band to unfold the most and taking into the consideration the enormous backcatalog, it almost feels like a necessity for the band top play these type of shows. With a self-titled new album out and anniversaries of two classic Dream Theater albums Awake and Metropolis Pt. 2: Scenes from a Memory, this ‘an evening with’ tour was deemed to be very interesting. Judging from their London-show the almost sold out Falkoner venue in Copenhagen crowd was about to witness something special. And Falkoner seemed like a good place for Dream Theater to play, unlike Valby Hallen they played last time or even the now burned down, KB Hallen, which they use to play.

Couple of minutes past 8pm the intro in form of “False Awakening Suite” started and it was accompanied by the animation movie displayed on a big white curtain in front of the stage. When writing this track the band wanted to create an intro for their concerts and while on the album the track just doesn’t seem to work, live it’s just spot on. None the less because of the interplay with the sublimely created animation which is basically recreations of all of band’s album covers. The obvious and appropriate “The Enemy Inside” was followed by “The Shattered Fortress”, the last song in the ‘Twelve-step Suite’ and one of those songs the band didn’t really play live before this tour. At that was just the first of many such songs this evening. From the beginning the sound was quite good, but by the time they played their first post-Portnoy song “On the Backs of Angels” – a song that smells of a Dream Theater classic, the sound was adjusted additionally. And what a sound it is. Despite the busy arrangements each instrument and none the less vocals were clear and well balanced.

The acoustics at Falkoner are far better the above mentioned venues, but not as good as they are at Wembley so the sound was slightly better at their London gig. But then again, only slightly. Witnessing Dream Theater live is always an orgy of the extraordinary technical abilities and there is no need to go too much in detail when it comes to that. But there is another aspect to musicianship in Dream Theater anno 2014, which lifts their live shows to a whole new level and which gives a truly complete live experience. On this tour the band has reached a new level of interplay and comfortable presence on stage and none the less a huge focus on the sound. The chemistry on stage is good, but never exaggerated or artificial. There are lots of reasons for that – the most important one is that all five band members seem to be at the good place with each other. Another one is that despite the enormous drum kit, Mike Mangini is more part of the band then the attention craving individual that band’s original drummer Mike Portnoy is.

And talking about Mangini, if there ever was a doubt that Portnoy can be replaced then this tour should convince even the biggest sceptics. His playing is amazing and he appears as an extremely devoted and well-versed in his craft. Johny Myang’s presence on the stage has not really changed much in past couple of decades, but the anonymity in his presence is certainly not accompanied by anonymity in overall sound. The band understands the importance of all instruments. John Petrucci’s guitar has never sounded better and the same goes for James LaBrie vocals. I don’t recall him singing better then on this tour.

After an hour and twenty minutes the band left the stage for a 15 minutes long intermission. During the intermission the audience was entertained by humorous short films, clips with Dream Theater covers from YouTube as well as a hilariously manipulated clip of conversation between John Petrucci and Joe Satriani. The first part of the show included two surprises of, the above mentioned “The Shattered Fortress” and magnificent “Trail Of Tears” from their heavily underrated Falling into Infinity. The second part of the show carried few more surprises. Explanation for this lies in those two anniversaries and the second part of the show only included a single song not featured on Awake or Scenes From a Memory. The second act started off in a blistering way with heavy and groovy two-piece “The Mirror” and “Lie”. The band continued with another three songs from one of my favourite Dream Theater albums, Awake. LaBrie did a very good job singing these tunes as well, but he did update them some, especially the lower notes, which were often replaced by the higher one and that’s sort of pity. The five song round proved once again that those songs stand the test of time, but they also proved the genius of the band’s original keyboardist Kevin Moore. His feel for supporting the core of the song and none the less feel for taking the song into an entirely different direction is sublime. And the last song in Awake-part of the show was also the ultimate tribute to Moore as well as the biggest surprise on the setlist. Before this tour the band has never played this twenty-year old “Space-Dye Vest” live. On the personal note this was always one of my favourite Dream Theater songs and after two decades, experiencing it live two times in six days was a special experience for me.

The band squeezed “Illumination Theory” from the last album before they closed the three hour long show with four tracks from Scenes From a Memory, which is clearly one of crowd’s favourite albums. They’ve chose another song they didn’t play in a long time to close the concert and rightfully so. “Finally Free” proved a perfect set closer, because of it fairly straight forward structure, melodic aspects and a grand finale. And that same finale was in many ways very descriptive of Dream Theater anno 2014 – majestic, tight, emotive and simply impressive. When the band gathered around Mangini during that last sequence it all fell into its place. Mangini even downplayed his role (also comparing with studio version of the song, not to mention the live version off of Scenes From New York DVD) for the sake of the good flow of the song. It all ended grandiosely with a smiling band. An evening with Dream Theater was an ultimate prog evening. Period.