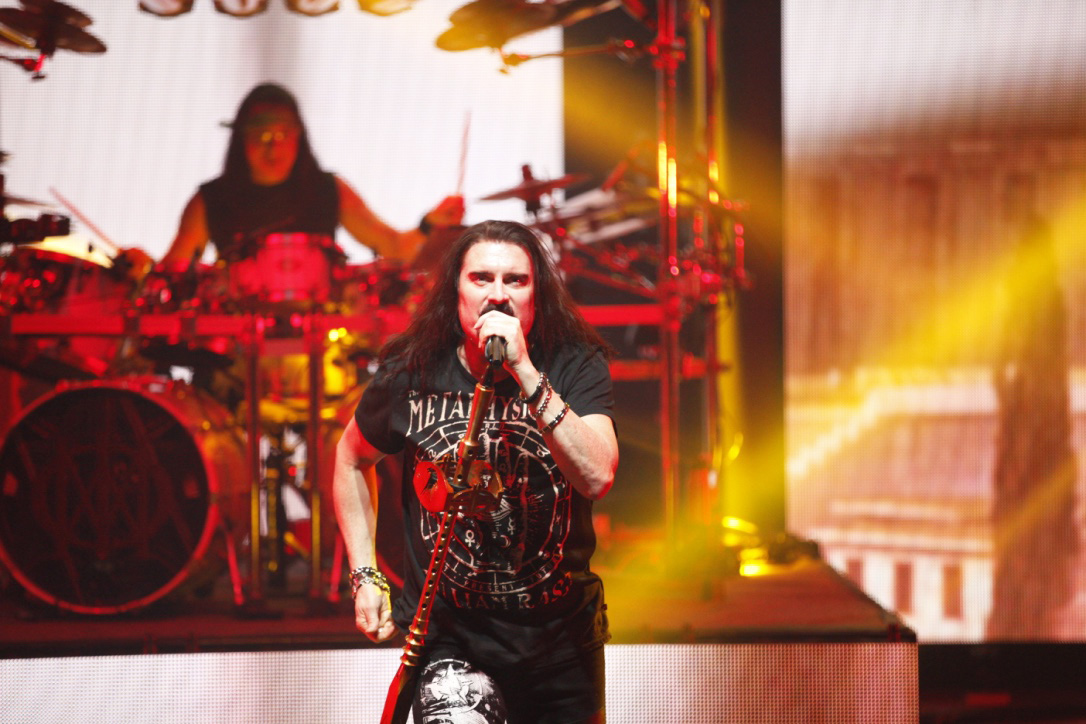 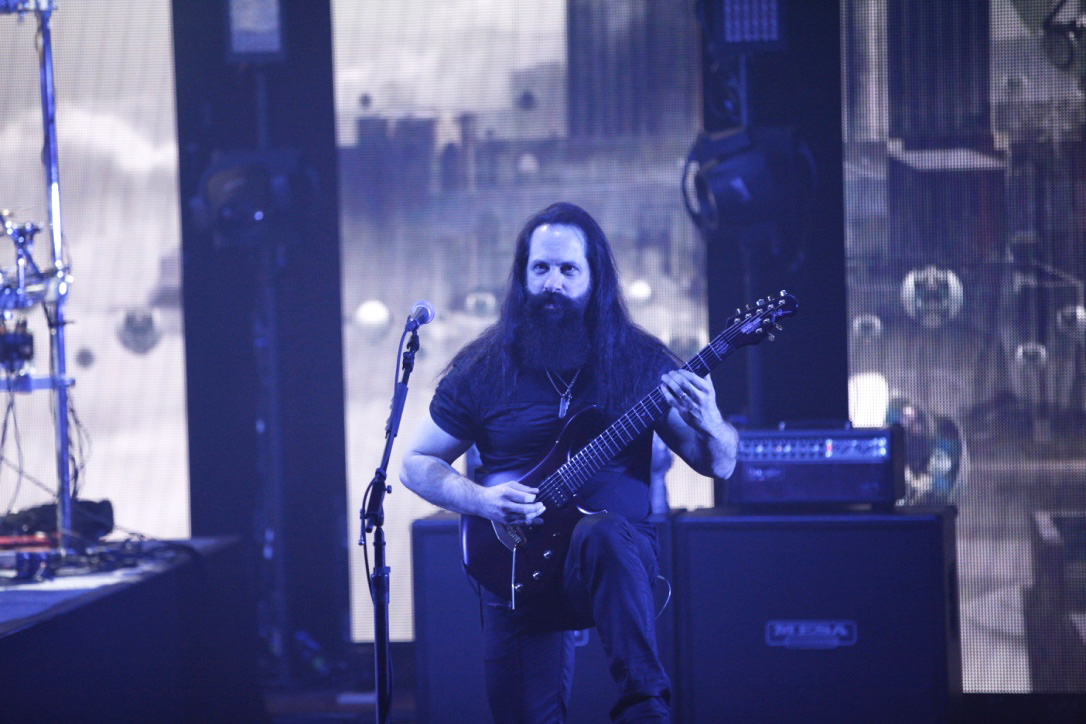 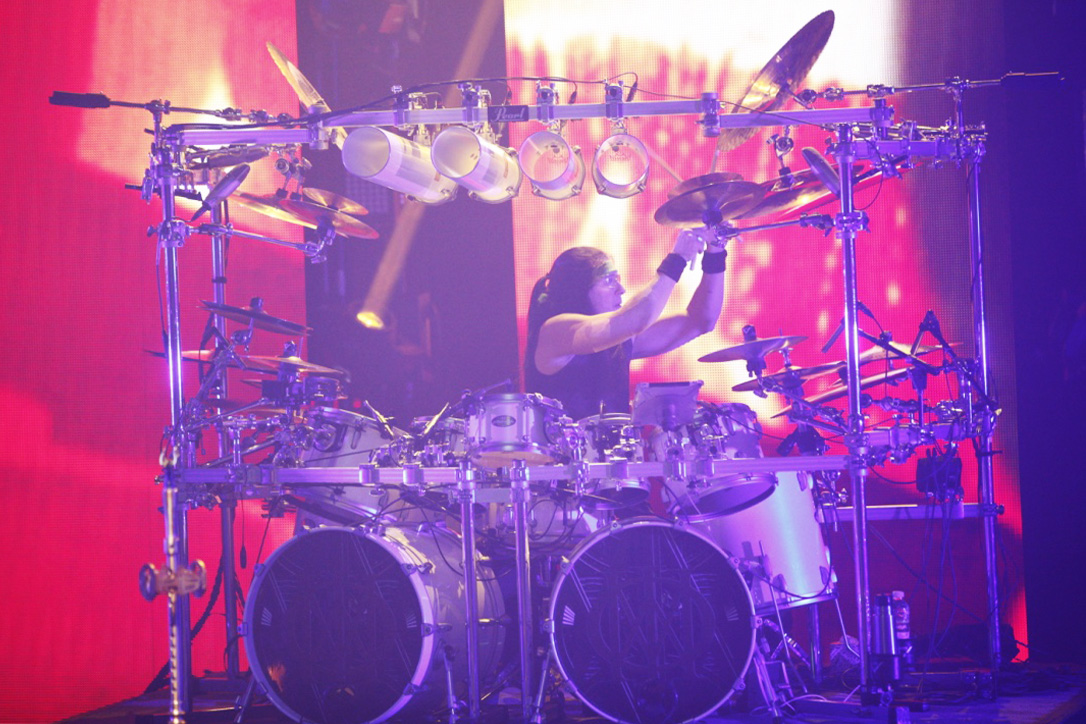 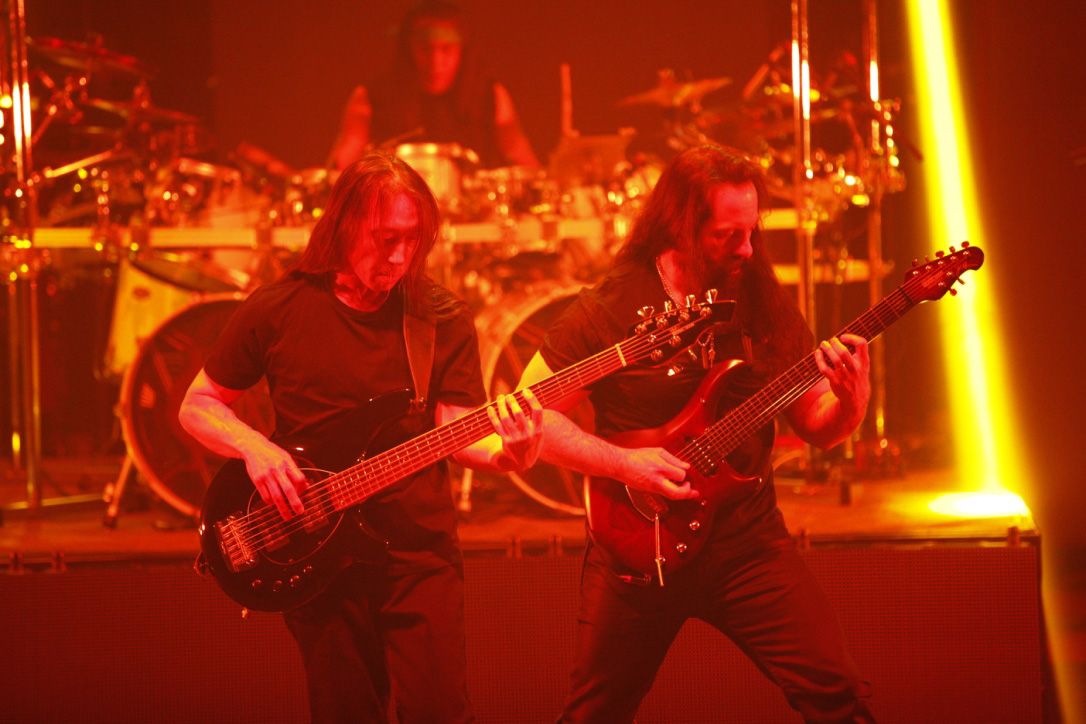 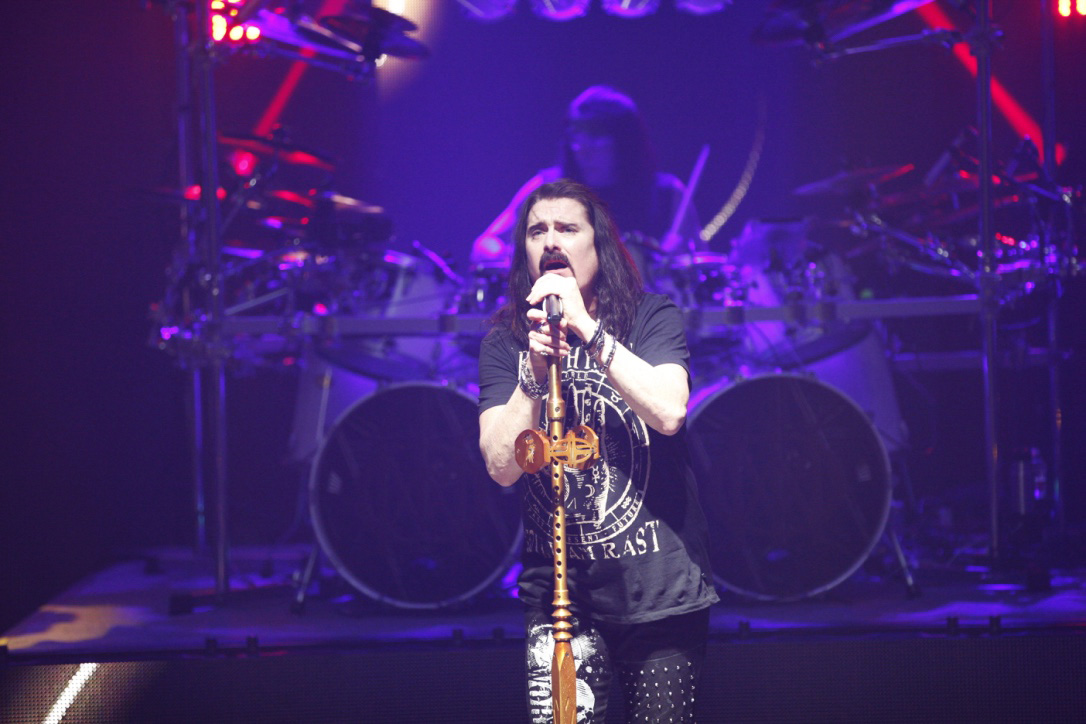 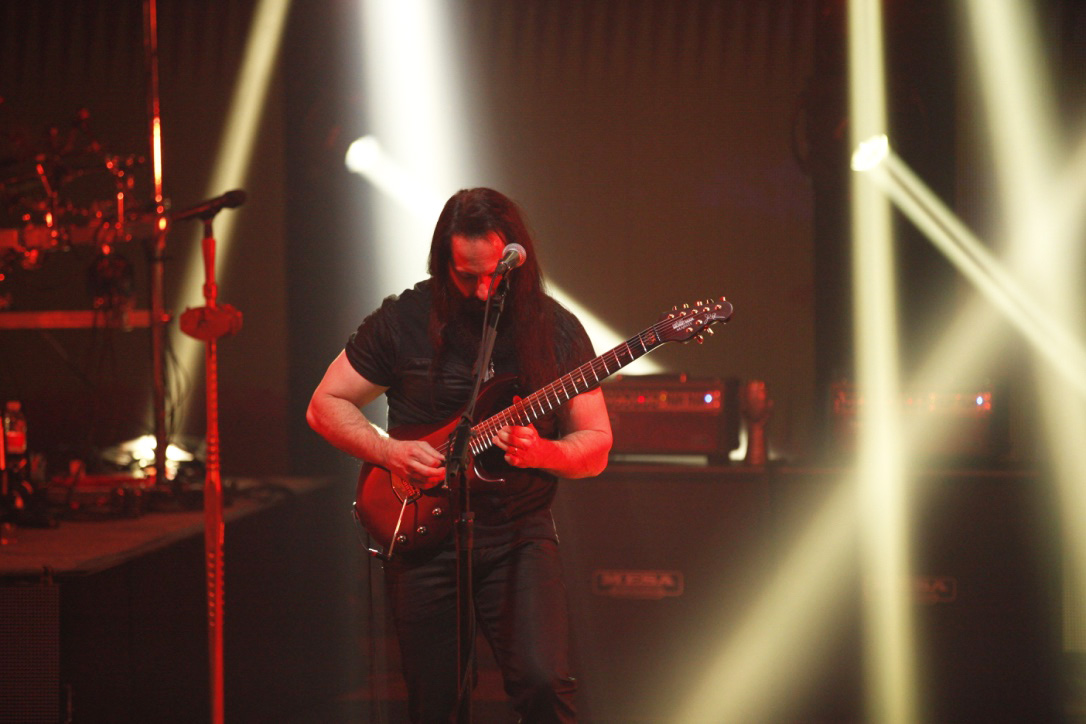 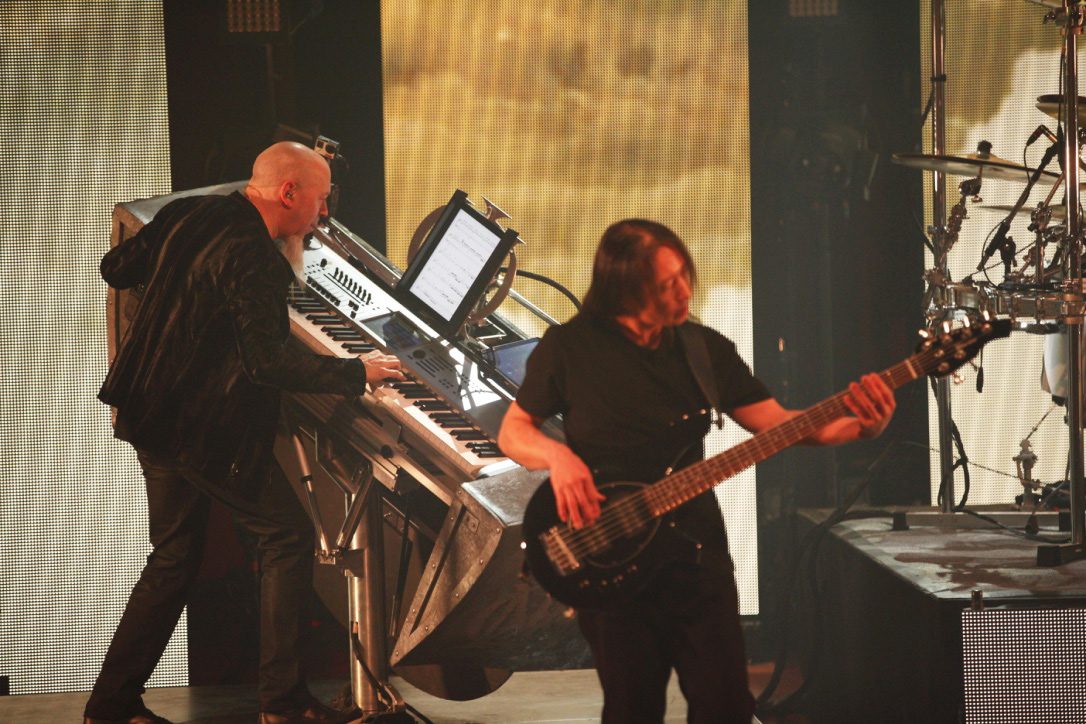 21 year and 21 day has passed since the first time I’ve experienced Dream Theater live. Back then, on their “Waking Up The World” tour the band played Alexandra in Copenhagen, a tiny venue with some 200-300 people capacity. A venue that few years later closed and has since served as ground for numerous night clubs. Since then I have seen band countless times on just about all of their tours. A lot has happened since then too. Kevin Moore left the band shortly after and was replaced by Derek Sherinian who was then replaced by Jordan Rudess. And then there was much-publicized exit of one of band’s driving forces Mike Portnoy. Since his exit in 2010 the band has released three fairly diverse albums. First it was somewhat safe A Dramatic Turn of Events, which was their finest release since Octavarium. It was followed by stripped down Self-titled album and then earlier this year Dream Theater released their first concept album since 1999’s Metropolis Pt. 2: Scenes from a Memory. Entitled Thir latest release The Astonishing it’s almost two and a half-hour long journey through a futuristic world, which draws countless parallels to the present moment.

It is highly impressive that the band like Dream Theater has achieved such a big commercial success taking into consideration the nature of their music as well as many of the choices they have taken over the years. The concept behind The Astonishing takes the whole thing even further. To make the whole thing even more interesting the band has decided to premiere their new album live in its entirety. Surprising, but also fitting to the story behind the album. The band then went on tour where they did the same, played the entire album each evening. A bold move form a commercial point of view, but Dream Theater are at the stage in their career where they feel very comfortable with them selves and their passionate following and this is something their record company Roadrunner is aware of.

They’ve tried playing their entire albums on few tours before: Hell, they even played entire albums by other bands … as encores, but this time around they only play the new album and none of the classics from their massive back-catalogue.

To make the whole thing more interesting for this tour they have chosen venues often associated with classical music and theatre. In Copenhagen they played at sold out DR Koncerthuset. Selling out this concert is remarkable, not only because of the fact that they were only to play new album, but also due to the fact that the ticket prices were between 600 and 700 DKK.

The outstanding acoustics of the venue were apparent already during the rather noisy intro and the good sound accompanied the entire show with only few issues appearing here and there. The times the sound was bit uneven it was usually the bass and bass drum that were affected.

The stage setting was quite simple especially taking into consideration the scale of the universe behind The Astonishing. Vertical and other oddly shaped screens were placed diverse places on the stage. There were also some flags and props of that sort, but nothing that matched the grand scale of The Astonishing.

The screens were, however, kept busy through the entire show displaying anything from animations, films, abstracts and what not. Most of it worked well especially the extremely well designed and arranged animations of NOMACS and the abstract pieces that accompanied the music very well. Less good (actually quite poor) were the 3D characters and their animation, which lacked vivacity and realism, which is ironic taking this storyline into consideration.

All things considered, the visuals managed do leave an immense impression and succeeded in delivering more then one would expect from such setting. However the quality of the visuals was fairly uneven.

Talking about band’s musical qualities is an ever-repeating story. These are extremely talented musicians that with ease deliver even the most complex songs. It always impressing, regardless of how many times I’ve seen them live. Mangini is a beast behind the drum kit and there is a simpatico aspect to his showman side. Myung and Rudess are nearly anonymous, but their playing is spot on. Less of Rudess’ solo sequences served the band well. LaBrie is a classically trained vocalist and it show regardless if he’s singing quite low notes or screaming out those high notes. The star of the show is John Petrucci, who gets cheers from the crowd any time he steps closer to the edge of the stage. He also earned the biggest applause of the evening after one of his his flawless solos.

After the first act was over the band took a break only to return impeccably in form of “2285 Entr’acte” and “Moment of Betrayal”. During the first act of the show band generally lacked bit more fire, but they gained it during the second act, which also offered bit more interaction between band members. Second act was better this evening, perhaps also because it does consist of some of the stronger tunes and it also displayed some of the best interaction between music and the visuals.

As the show progressed on they got more reaction from the crowd as well, but this was fairly limited. Remember this was not only a Dream Theater show, but also a seated show.

The problem with this show was not that they played an entire new album. They did that before. The problem was not that even that unlike at previous cases, they didn’t play any of the songs from their other 12 albums . The problem was that The Astonishing is an album that doesn’t posses the quality that Train Of Thought and Metropolis Pt. 2: Scenes from a Memory do. It’s a good album, but in order for it to create that wow effect live it needs better songs with better riffs and melodies.

This tour, this album and the concept display remarkable approach to music by one of the bands who’s always been challenging it. The experience is also impressive and it’s something any Dream Theater fan should experience. That being said, it’s not the ultimate Dream Theater experience.