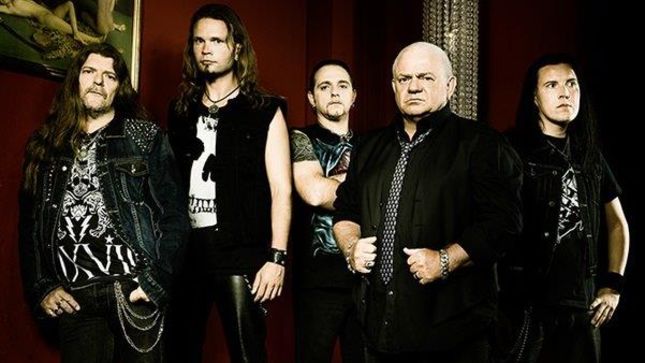 Despite hiding behind the last name of the lead singer, Dirkschneider is actually a reborn and reformed Accept, the band that made Udo famous in the first place. Despite not having played together for over a decade, all five musicians decided to band together one last time for a final tour before closing the chapter that is their cooperation for good.

In sheer numbers alone, the band Dirkschneider (or Accept, whichever you want to call it), has beaten by more than a decade, my living years compared to their years active. And that definitely shows in every aspect of this, one of their final, gigs. Starting off in a classical manner by building up the atmosphere with an ominous voice-over while the stage fills up with smoke, before bursting out like a jack-in-a-box and hitting it off straight off the bat by performing one hit after another. Sure, there was nothing new in anything the band said, did or performed; but then again that was not why we came. The average age at the concert was above forty, which makes sense since Dirkschneider is a band that truly gained momentum during the eighties. And this evening showed in full that thirty years did nothing to diminish the magic this band can make together. On top of that, the musicians have become so incredibly experienced that they managed to rattle one masterpiece of a track out of their sleeve after another with absolutely no effort (the most prominent example of this was when Udo, the lead singer, casually mentioned that they were going to play a track from one of their most legendary albums). This coupled together perfectly with the overall feel and performance of the gig, since the band managed to make the songs flow together into one, more or less seamless whole, only interrupted by the occasional solo (which the band members took turns in performing). And all of this was done without even showing off once. And in their defence, when you are as legendary as these five are, why would you need to show off? To add to the bliss, it was clear that the lead guitarist in particular enjoyed himself: He had a more or less permanent insane (and very contagious) grin attached to his face, one that showed exactly how much he loved performing at this venue (or in general, who knows). All in all, a routine performance by an not at all routine band. For me, it was a dedication to the fans (supported by the almost no introductions of the tracks – and i loved every second).