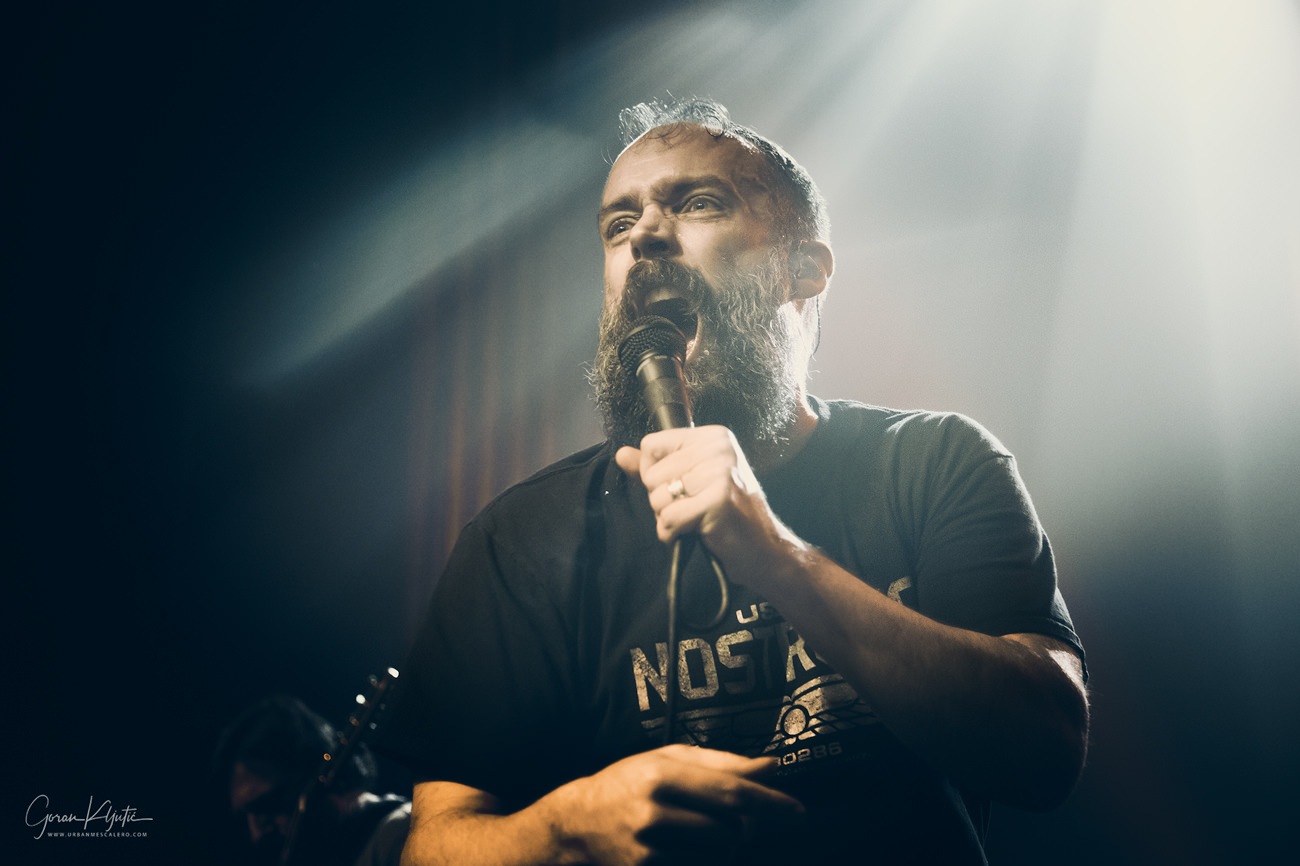 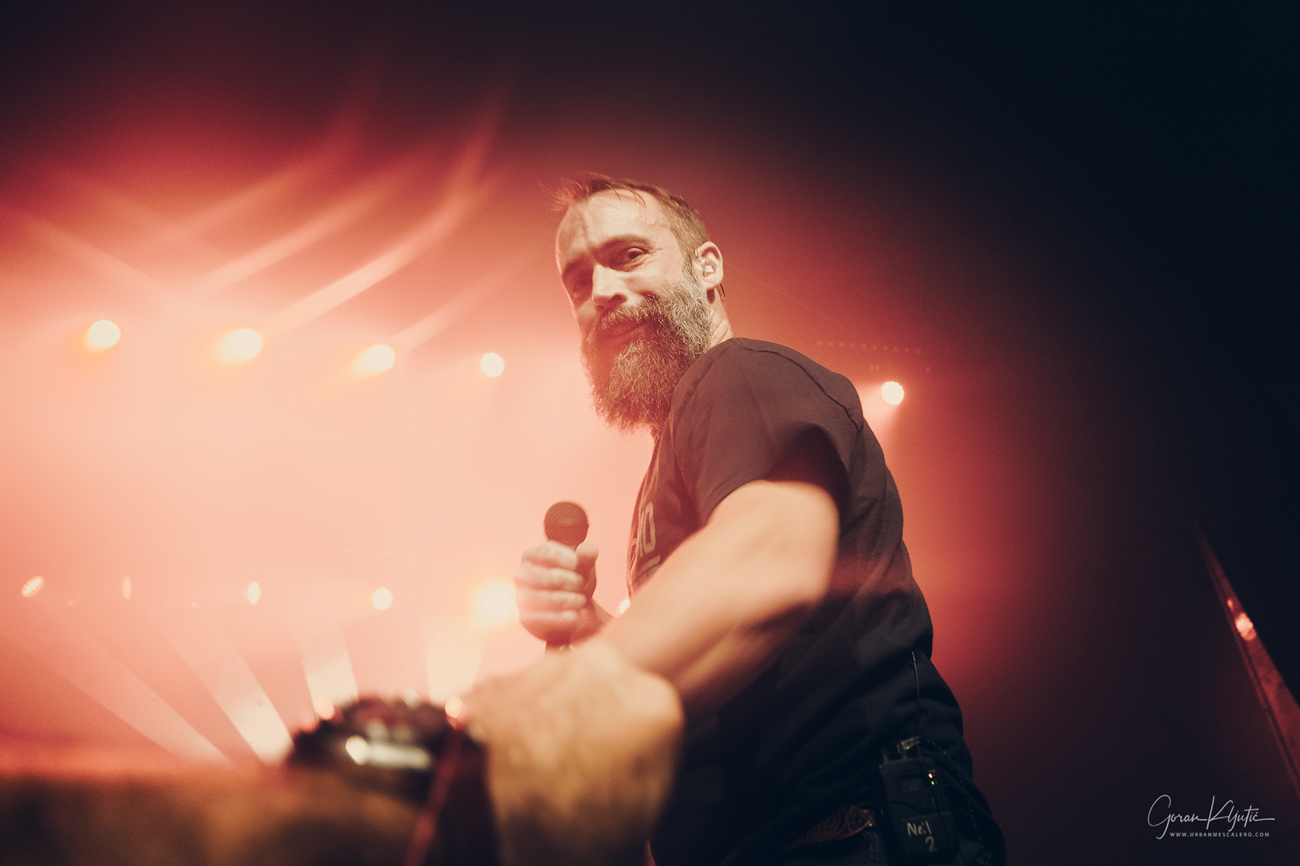 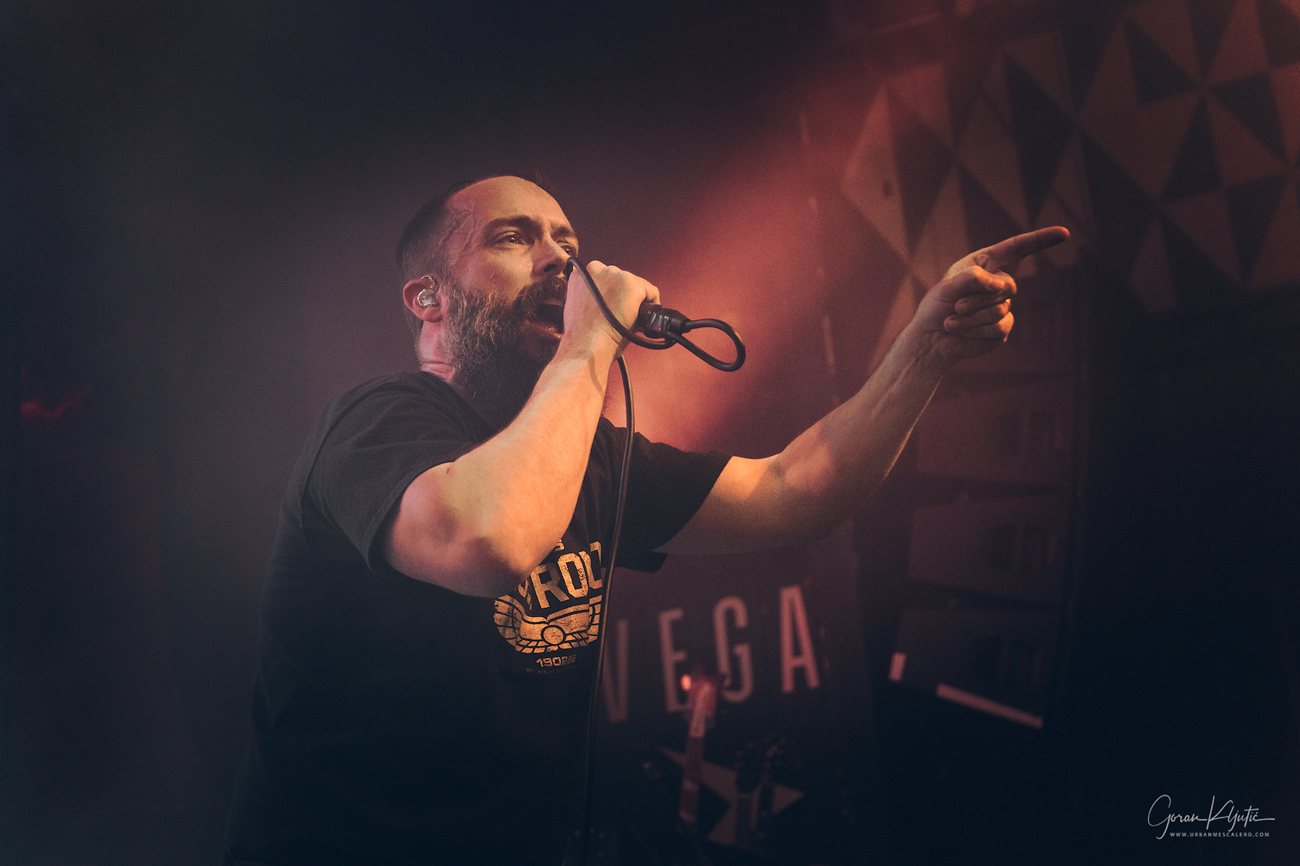 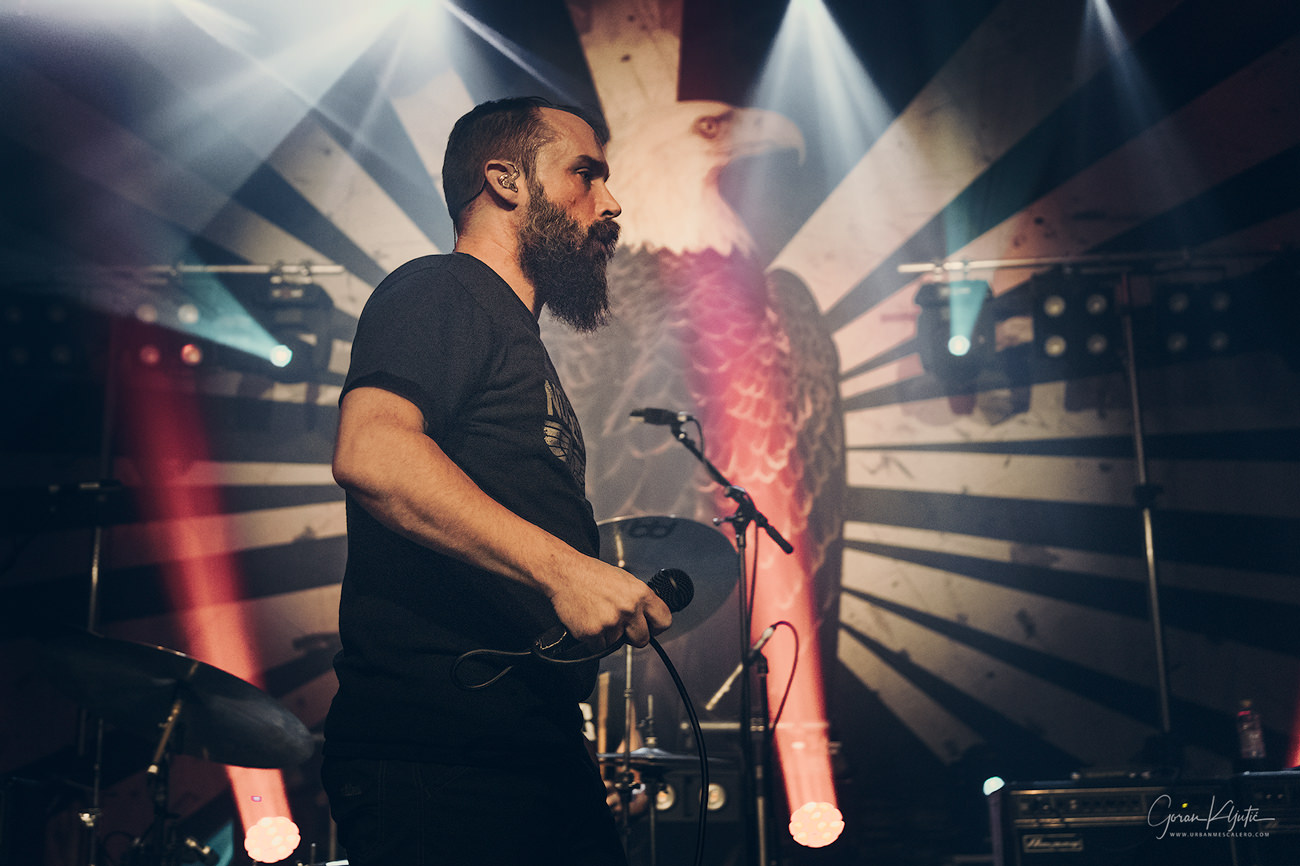 Clutch did play the area this summer when they guested Roskilde Festival, but their last gig in Copenhagen was in 2015 when they played the outstanding sold-out show at Vega. This time around it was again the big venue at Vega that served as stage for another sold-out gig. This one took bit long to sold out, but it did sell out, according to Vega. It didn’t look quite like that thou, because it was not as packed as it was few nights earlier when Shinedown played a sold-out gig at the same venue. For their European tour, the Maryland quartet, took The Inspector Cluzo and The Picturebooks.

The later of the two took the stage to a big crowd and with their power and simpatico appearance they managed to grab hold of crowd more and more with each next song. The guitar/drum duo was spewing clichés and took their time telling stories in-between songs, which isn’t all that normal for support act, who usually try to use their limited time to play as many songs as possible. This however, worked to the benefit, because of Fynn Claus Grabke ability to come across as genuine despite of the often banal preaching. While performing the band took their simplicity to their advantage as well and Philipp Mirtschink’s drumming was as entertaining as it was powerful. Perhaps one of the most over the top energetic drumming performances Copenhagen has witnessed in decades, if not ever.
By the end the band even got the people singing to songs most of them never hear before. It was simple and honest, and it worked better then a support band could dare hope for.

”We Need Some Money” blasted through the speakers and couple minutes into the song the band took the stage in most down-to earth manner imaginable and after a quick tank you from band’s frontman Neil Fallon the band ripen into “Gimme the Keys”. The opener from the new album, which worked as well as you’d imagine and so did another new song “Vision Quest”, but it was during the third song of the evening and third new song of the evening “How to Shake Hands” that things seriously started cooking. The song is far from the band’s fines hour, but live it unfolds to surprisingly high levels.
Another of the songs from the new album “In Walks Barbarella” was one of the highlights of the evening, despite the live version being stripped down of the outstanding horns arrangements.

Already halfway through the second song of the evening the sound was corrected to an almost painfully good level. It was clear and sharp, but at the same dirty and sticky – in other words it was 100% Clutch.
The tightness of the band never seems to amaze, but it’s their groove that truly stuns. It’s impossible to just stand there and while it’s Fellon who’s the mobile of the four, the rest of the band delivers such vital performance, despite their candle-like stage presence. Jean-Paul Gaster on drums must be one of the finest drummers in rock today and with the rest of the band he delivers a performance that is immersive and technically profound, yet it comes across as straight forward and down-to-earth.

Approximately an hour into the show the band left the stage for bit too long of a break, not that it created drop of energy in the crowd. It somehow seems that band like Clutch would be better served without the obligatory leaving the stage for the encore. They came back with crowd-pleaser “Electric Worry”, which was just spot-on. They closed the show with slightly misplaced “The Mob Goes Wild” and while the 75-minute long show didn’t feel too short it would serve it well with few more songs, perhaps couple of more laid-back ones, such as “Our Lady of Electric Light”, “Gone Cold” or what would’ve made an epic closer “Son of Virginia”.
There is no doubt that Clutch delivers – live as well as on the record. There is a simplicity and complexity to them that always comes across as simple and genuine. There is Dr. Jekyll and Mr. Hyde quality to them which gives them healthy dose of unpredictabilty. Fellon appears as humble in-between songs and as wild animal during them, and if you’ve ever stranded in a loo line with him you know he’s just the most down-to earth dude. His stage presence never throws the shade of doubt on that, but it displays the power and transition, live music possesses over those on stage as well as us in the crowd.

It was a night of thick air, infectious grooves, stale farts, bad-ass vox, beers-soaked floors and loads of bad bad rock ‘n’ roll. Wouldn’t have it any other way.