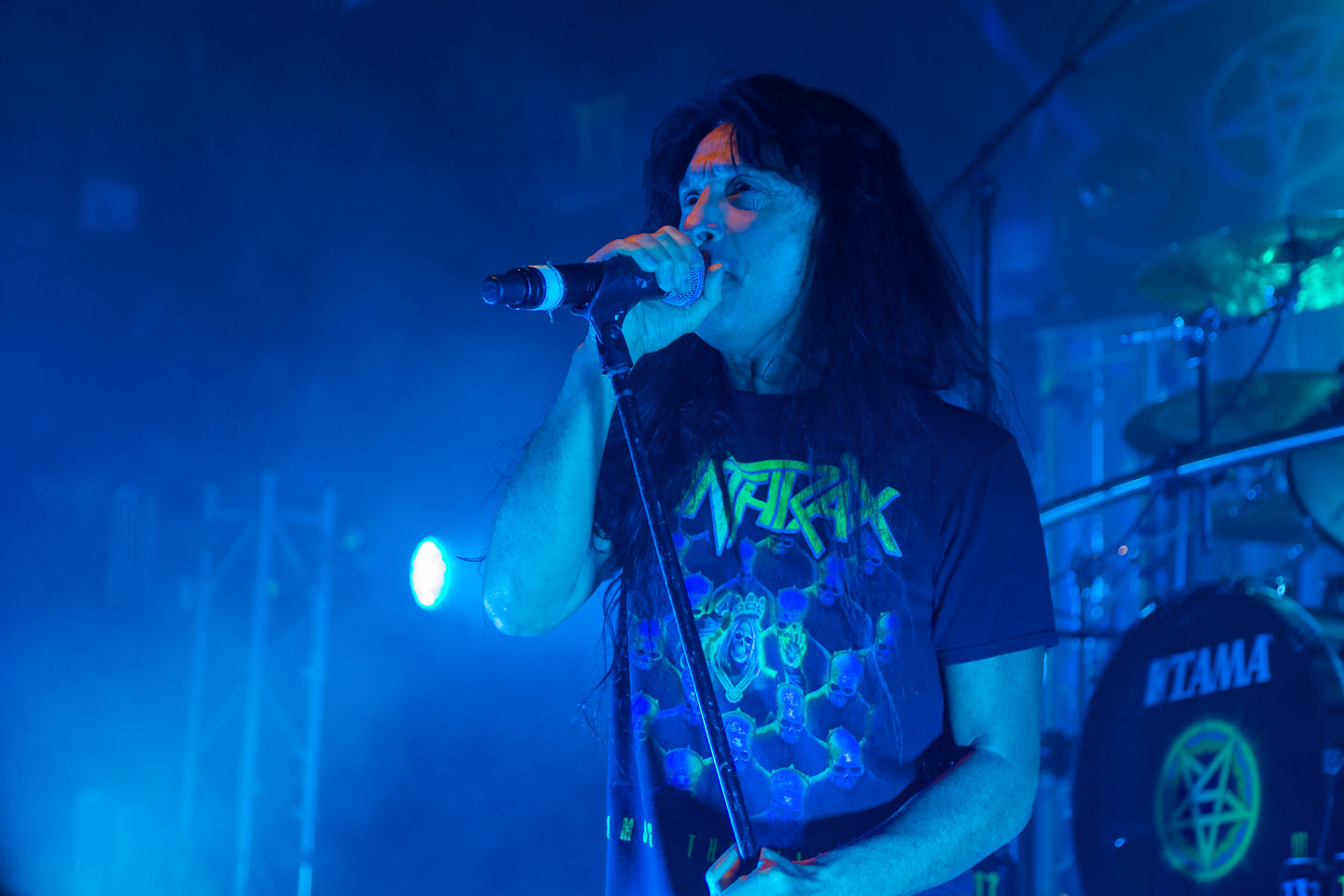 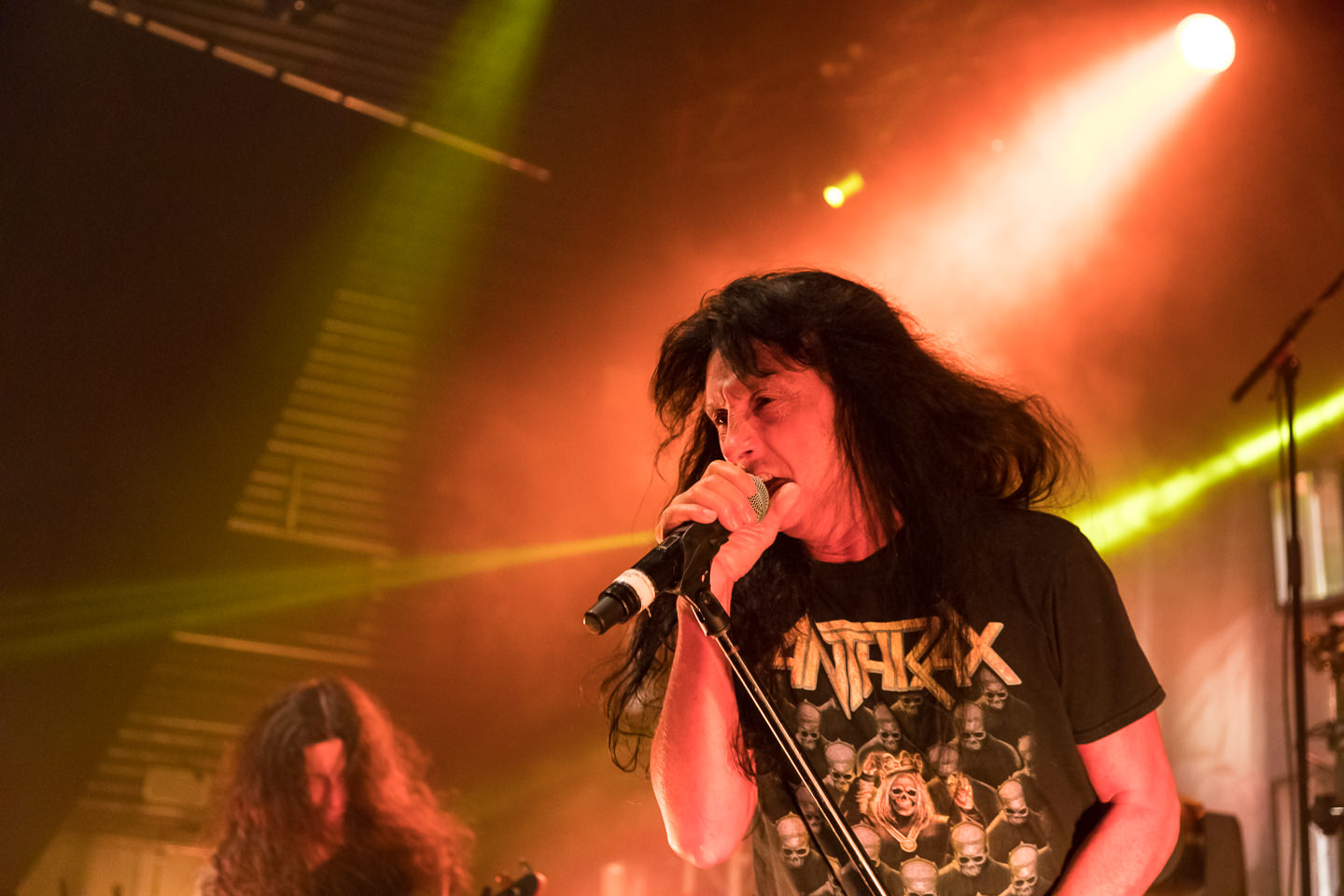 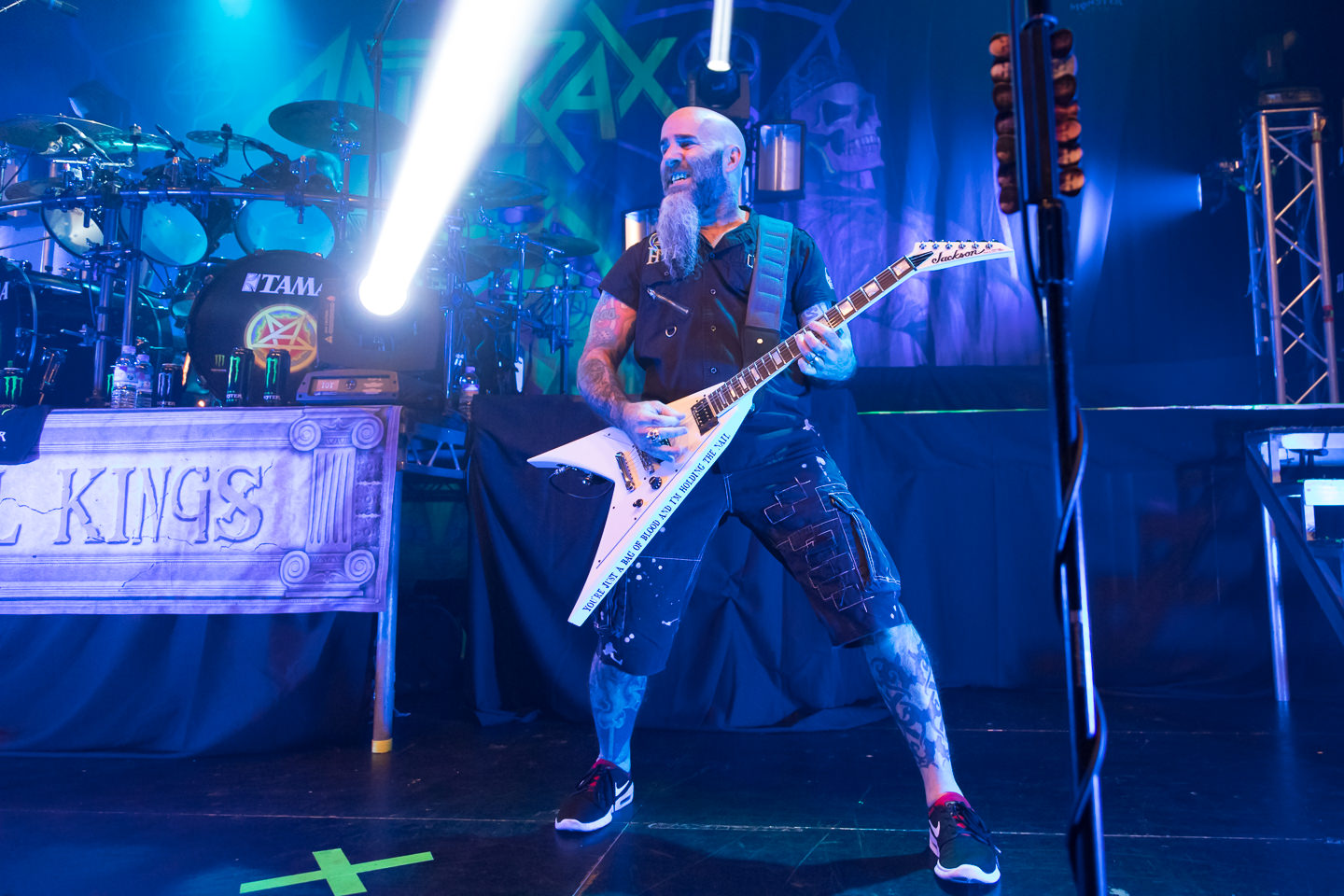 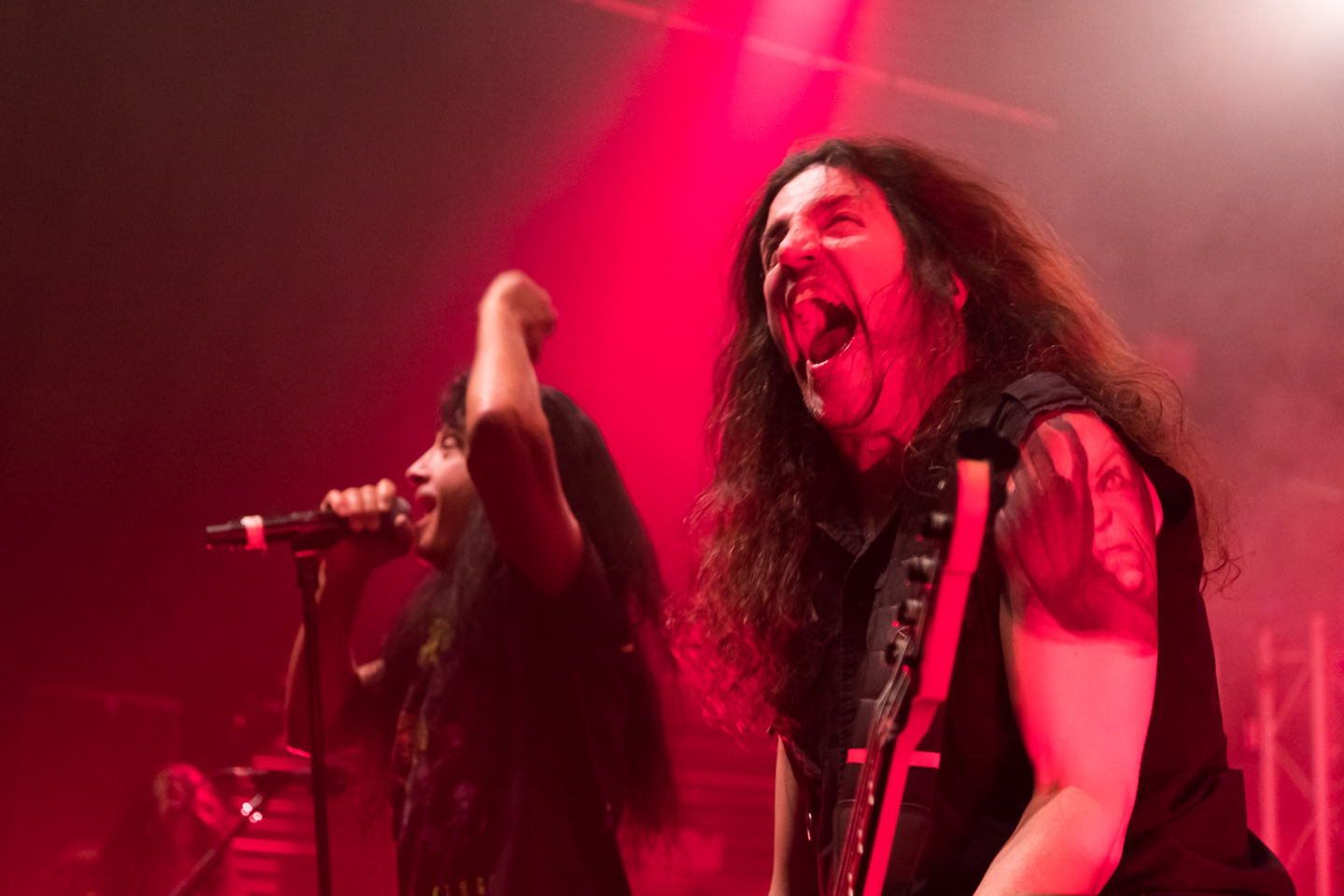 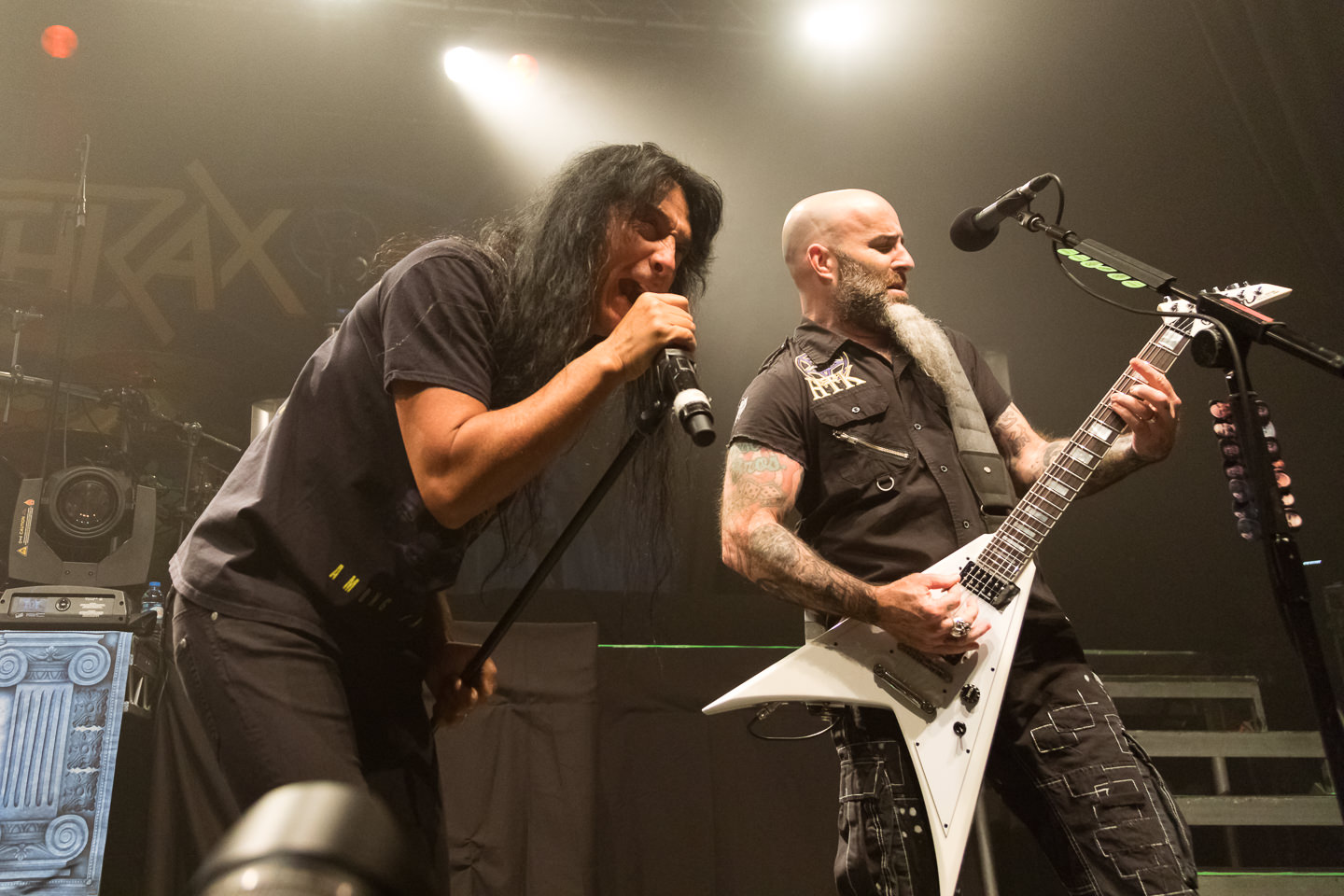 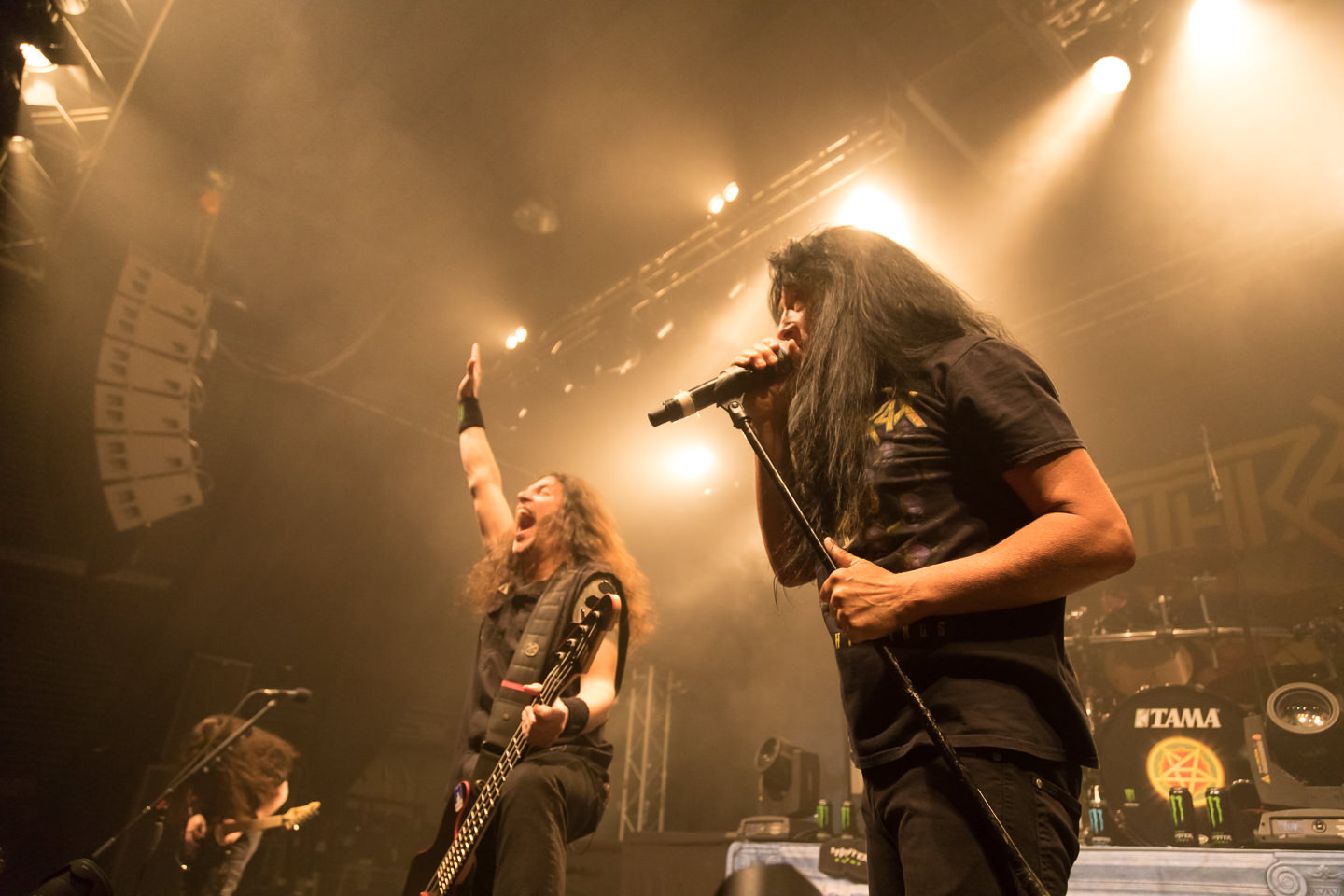 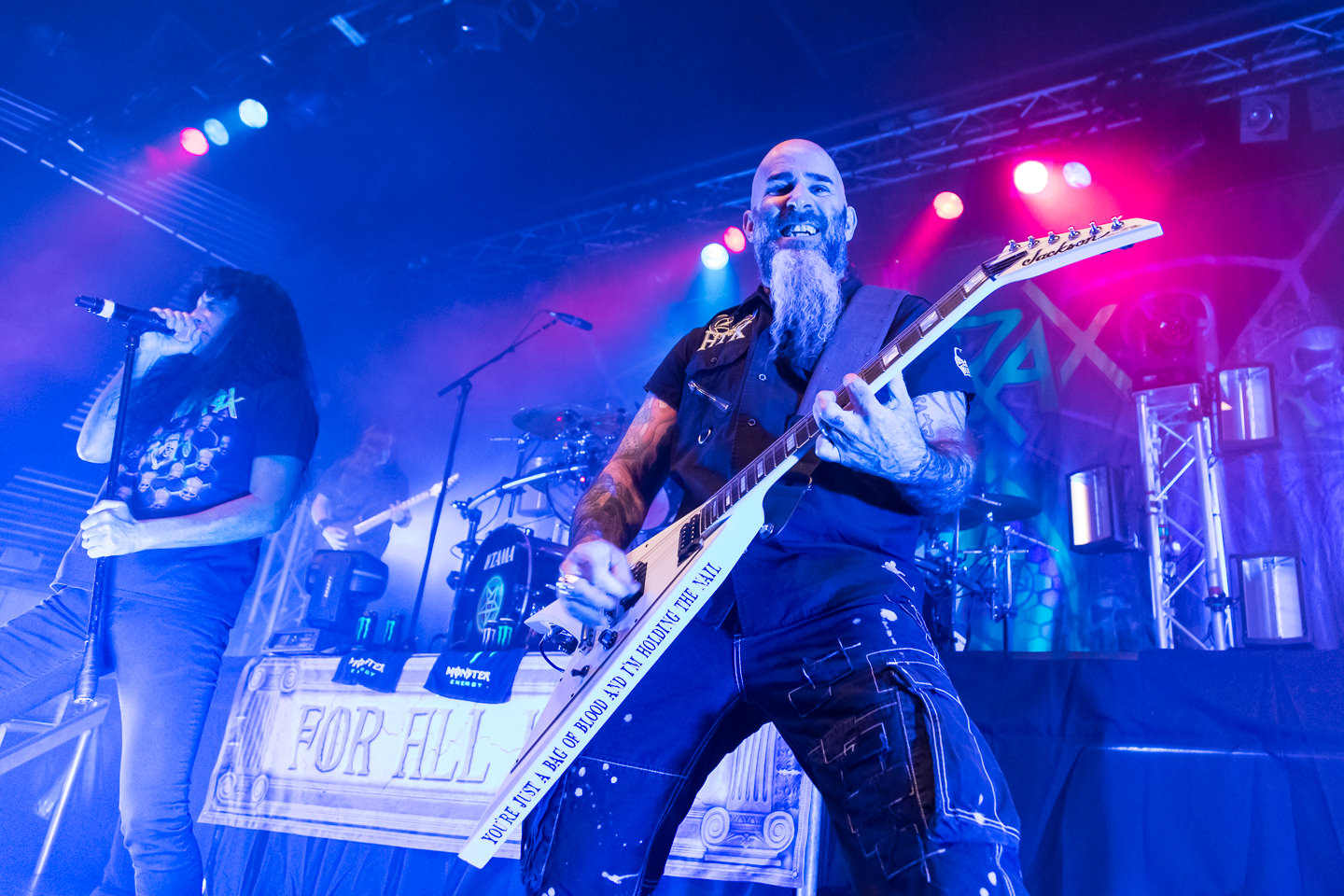 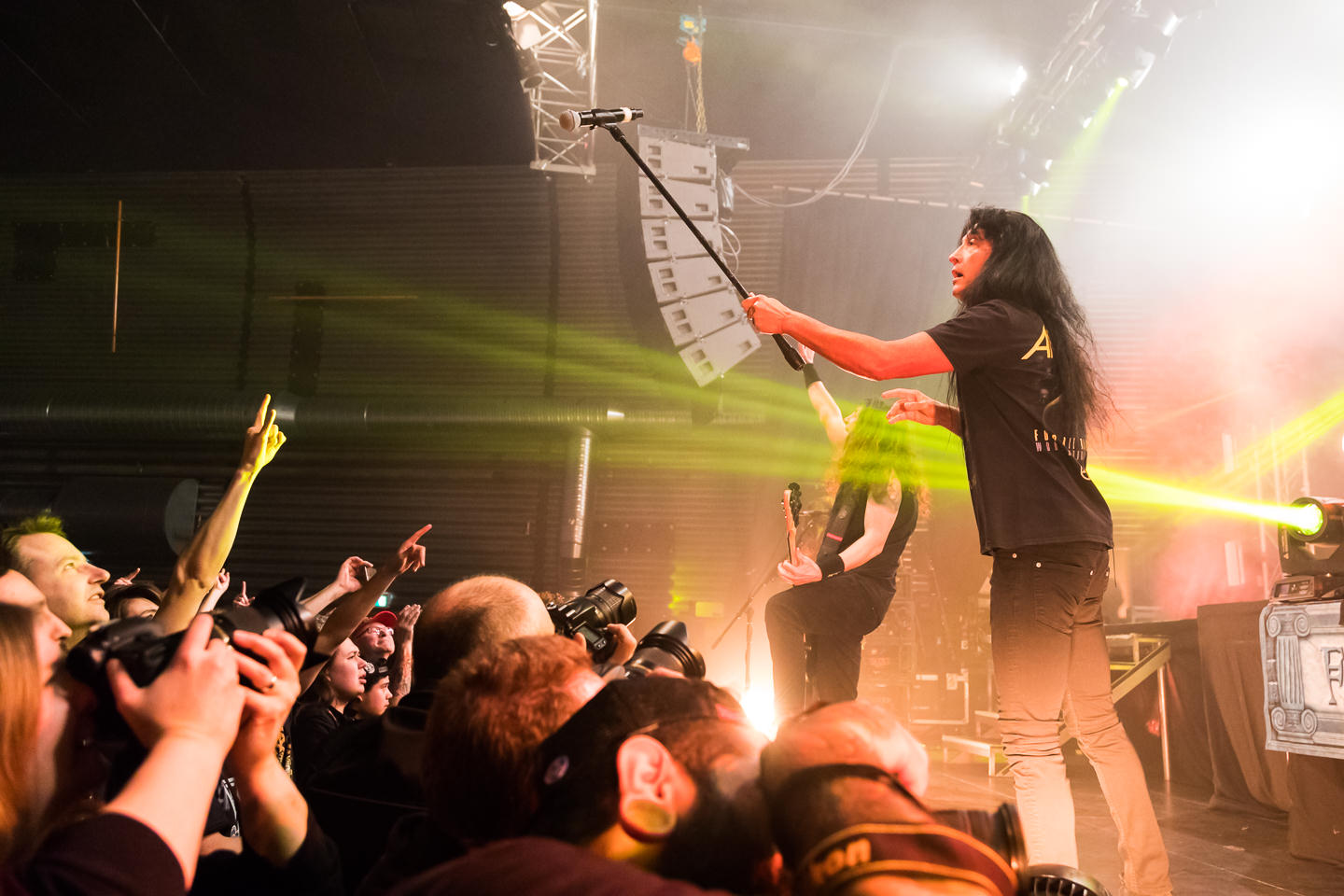 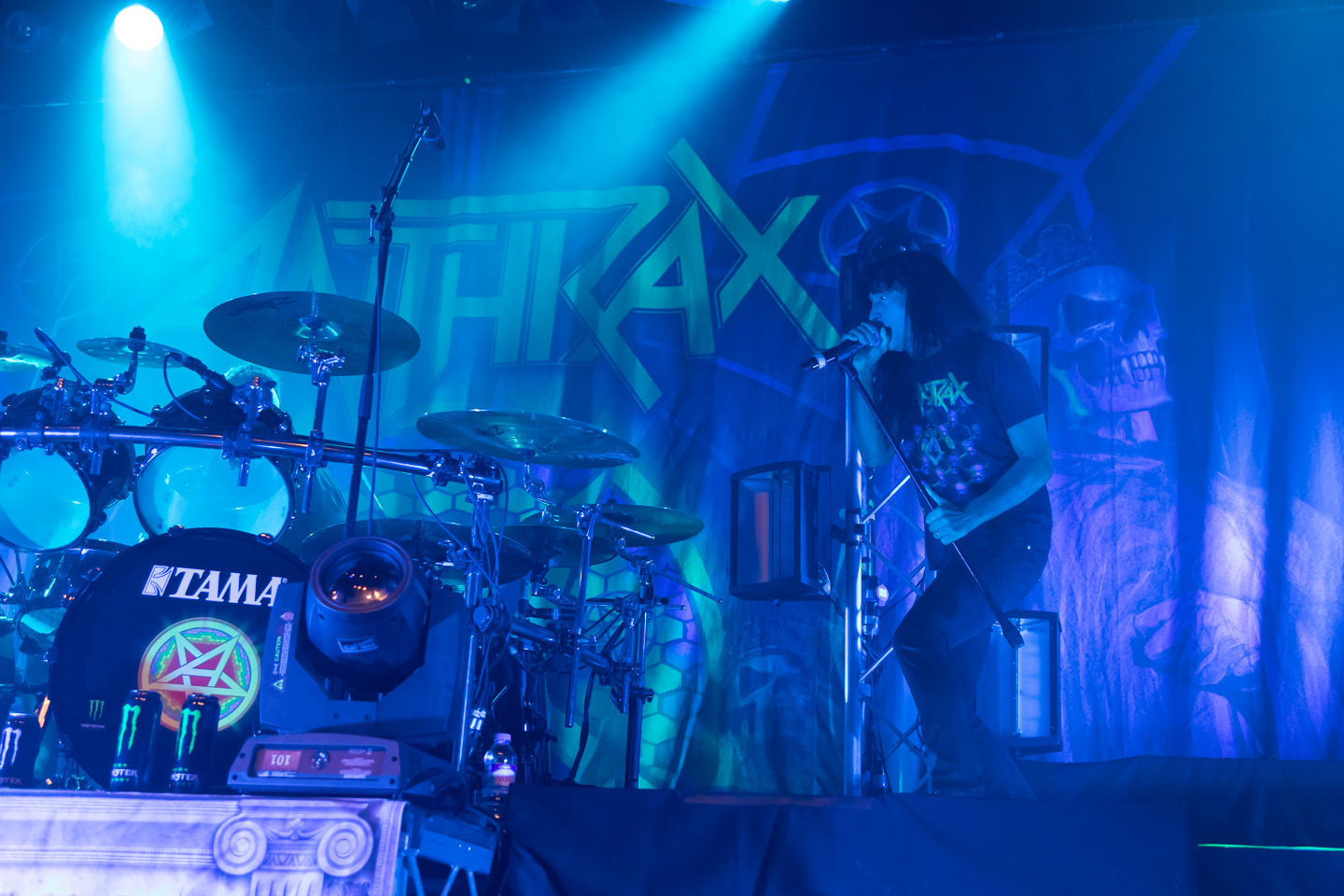 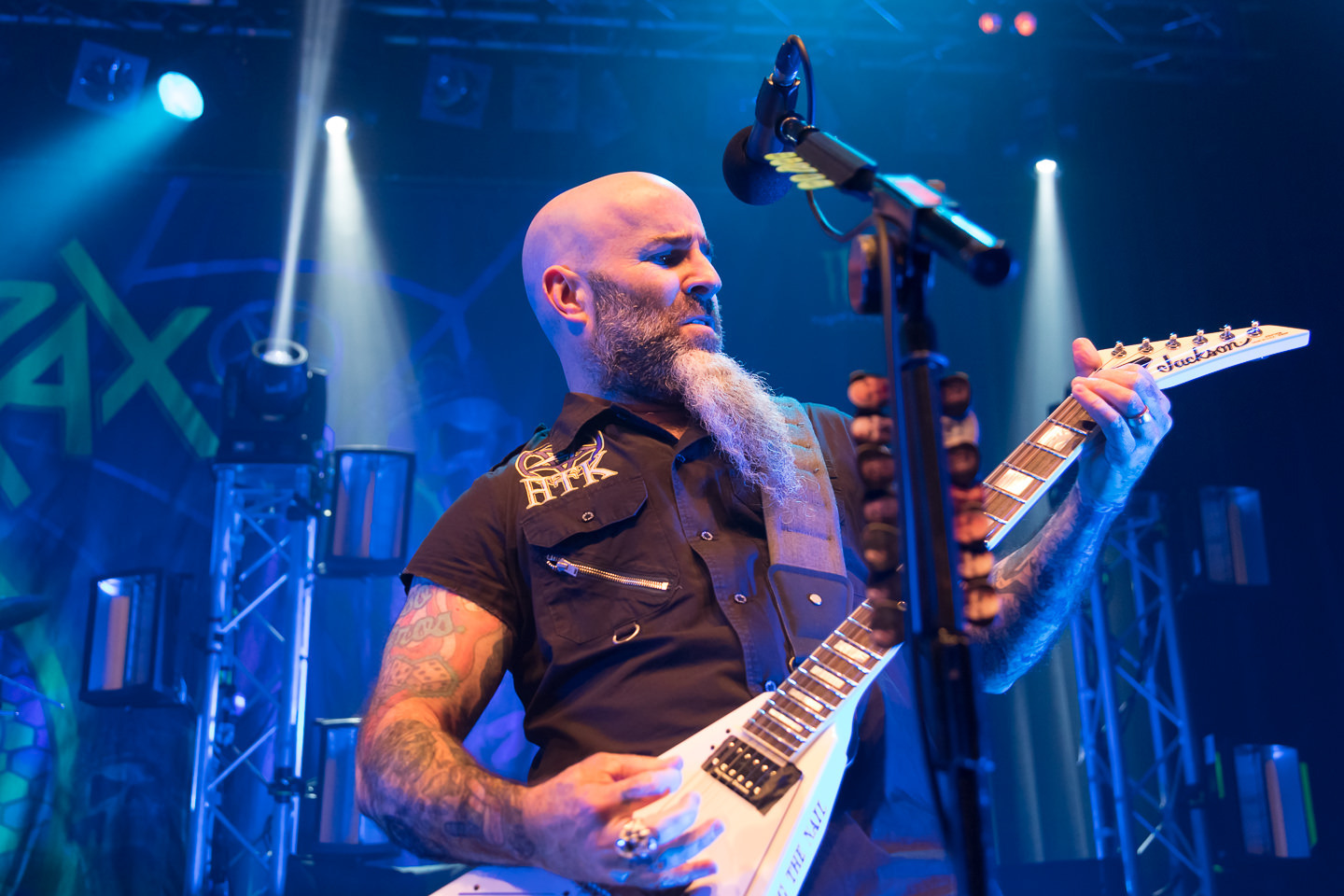 It could have been so good!

Celebrating the 30th anniversary of the album that defined the career of one of the Big Four of trash metal, Anthrax decided to embark on the Among The Living tour where they would perform the album in it entirety. The band has visited Denmark what feels like countless times since their revival, which came about thanks to Metallica initiative in putting the Big Four tour in 2010.

The tour saw band getting back together with their classic era singer Joey Belladonna. This also meant the end of almost two decades long period where band was fronted by John Bush. That era was commercially not successful for Anthrax, but personally I really loved the music the band has created with Bush. On top of all that Bush is a better singer than Belladonna and in many ways a prototype of a ultimate metal singer. But majority of fans always preferred the Belladonna era so the 2010 move was warmly welcomed and also suiting taking the nature of Big Four tour into the consideration.

With success of their “return album” Worship Music and latest For All Kings in mind, it came as a surprise that Copenhagen’s Amager Bio was not sold out. There was no more than 800 people in the venue, which can hold 1200. That seemed odd nonetheless knowing that they ware playing the entire Among The Living, the album majority of fans consider the finest of their career.

And it didn’t start well either, the band were half an hour late, hitting the stage almost an hour after the supporting band. Monday evening crowd in Copenhagen didn’t appreciate it all too much. The waiting time resulted in even more of them getting pissed out of their skulls.

The band opened by playing the Among The Living album, which I think is the first time on this tour where they usually split the set in two; first part is consisting of “by request” songs (based on fan voting on the bands website) and the second part of the show is where they play the entire Among The Living record.

Very reserved band got through the tile track and things started to look better by the tine they ripped into “Caught in a Mosh”. From the start the band sounded really good with just about the perfect balance in the overall sound.
The crowd however was far from energetic or involved which, together with poor attendance did demoralized the band, who despite that did try to get the crow going. But it didn’t really work. Throughout the entire show the five people on the stage were by lengths more energetic than the crowd. Despite being professional and despite trying it was clear that the band found the whole situation to be dull and it seemed like they were just trying to get it over with.

Even the energy bomb that is Belladonna at times looked like someone who’s on a verge of giving up. But he didn’t, he kept going reminding us all what a great frontman he is; a bottomless pit of energy, an smiley with a long hair and a man who seems incapable of not looking the crowd in the eye. Hats of to him on just about all the levels. It’s not easy playing gigs like these.

Rest of the band did their usual routine, but clearly affected by the lack of energy (and people). Band’s drummer and one of the main songwriters Charlie Benante was yet agin absent and just like so many times before his shoes were filled by a powerhouse of a drummer Jon Dette. In past 6-7 years I’ve seen anthrax some 10 times and I think Benante only played two of those gigs. We can only hope that he’s doing better and that he’ll soon be back where he belongs – behind the drums at Anthrax shows.

After finishing the first part of the show band quickly returned, without the intermission and played few songs from other albums. Unlike the gigs before this part was cut short by some four songs so we didn’t get ti hear some of the songs they did play on just about all the other gigs of this tour.

It should have been so good, but it simply wasn’t.