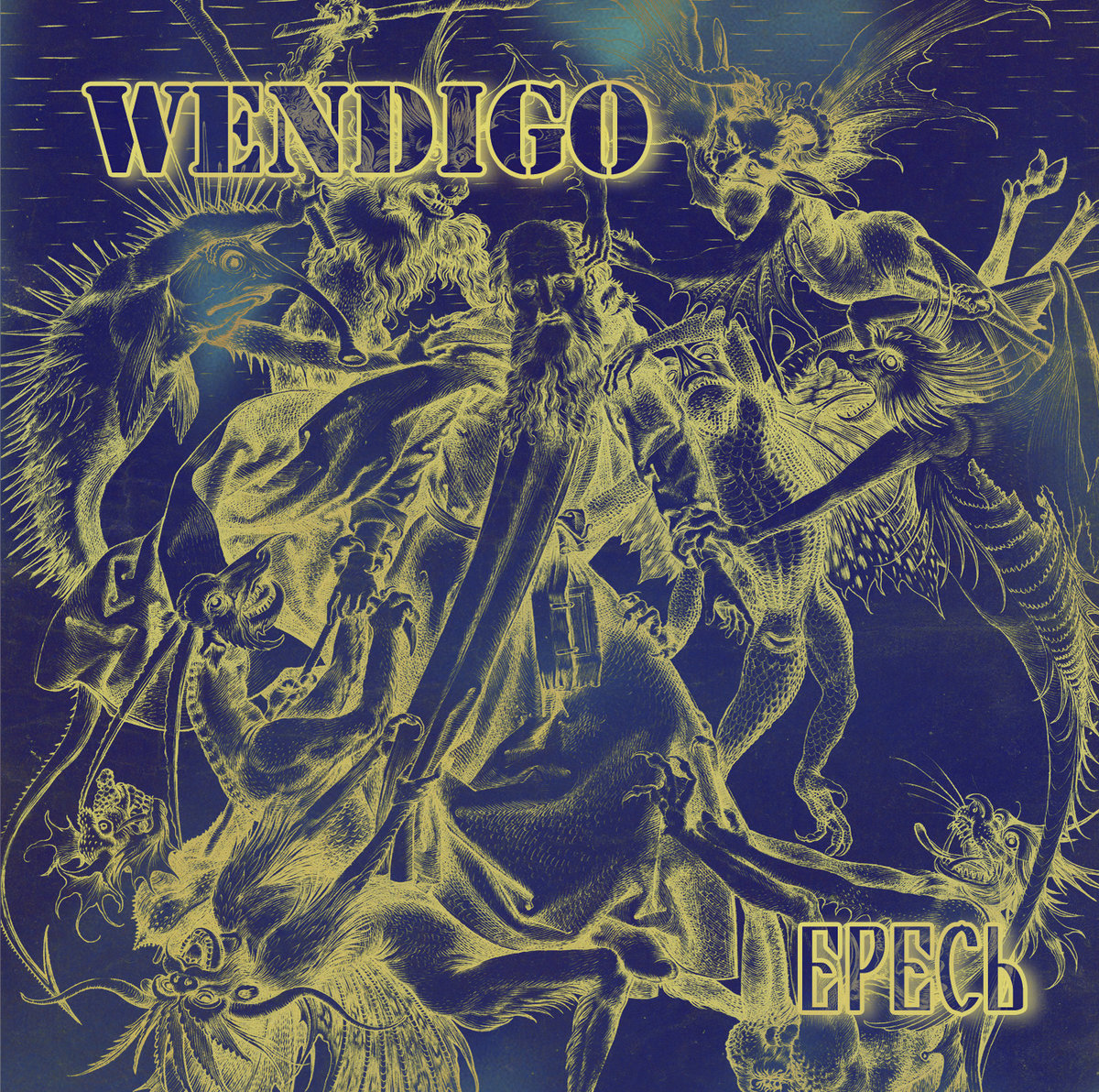 A few days ago I presented a Russian one-man ambient black metal project Astarium! The same person SiN is responsible for both projects. Unlike Astarium, his other project Wendigo is very much different heading in a more grunge/punk/alternative direction, rather than his trademark black metal sound. As far as I could find some information by using google (and it is not much!), I found out that Heresy is the project’s second release.

Information about this particular release is very limited and almost non-existant, and having in mind that everything on here is in Russian, so I’ve had a hard time preparing and writing this review. Nevertheless, this challenge gave me the opportunity to listen to both of Wendigo’s releases, and what I can tell is that the overall sound is noticeably heavier in comparison with the debut. SiN has matured in every aspect, both locally and instrumentaly. This time it is a mixture of alternative rock with hard rock and even some nu-metal elements. The overall sound is energetic, with powerful riffs, evil guitar parts and harsh yet singable vocals of SiN.

Even with limited understanding of Russian language, one can sense that the lyrics are dark, leading the listener through dark, mystical and mysterious worlds of Wendigo. Having said that, one can also hear some similarities between his two projects, as they’re both predominantly synth-driven, but all skilfully done and in different tempo.

Since I can’t understand Russian-writings I can’t tell what song-titles are, but what I can tell is that the opening track is surprisingly up-tempo, catchy and yet heavy. The following track is much more heavy and punishing in its tone, but also with some clean alternative rock vocals. Middle song off the Heresy is another up-tempo track, featuring programmed drums and organic guitar sound. Like on its predecessor, the vocals are once again clean and one can easily hear all the words sung by SiN. Next song is a bit darker, almost leaning towards atmospheric metal with almost post-metal/post-punk/industrial feeling to it. EP-closure continues where the previous track finnished, serving as a really nice ending to this relatively short, but quite inspirational and energetic release.

Since, both cover artwork and production are truly old-school aesthetics, I’m already looking forward to see what this highly productive man has to offer next. One thing’s sure, he’ll suprise us again, as he did with Heresy.

This release isn’t streaming online nor on youtube, so if you’re still interested in this one-man punk/grunge/garage rock act from Novosibirsk then visit band’s page and order your CD/Cassette copy of Heresy today! https://wendigo2.bandcamp.com/