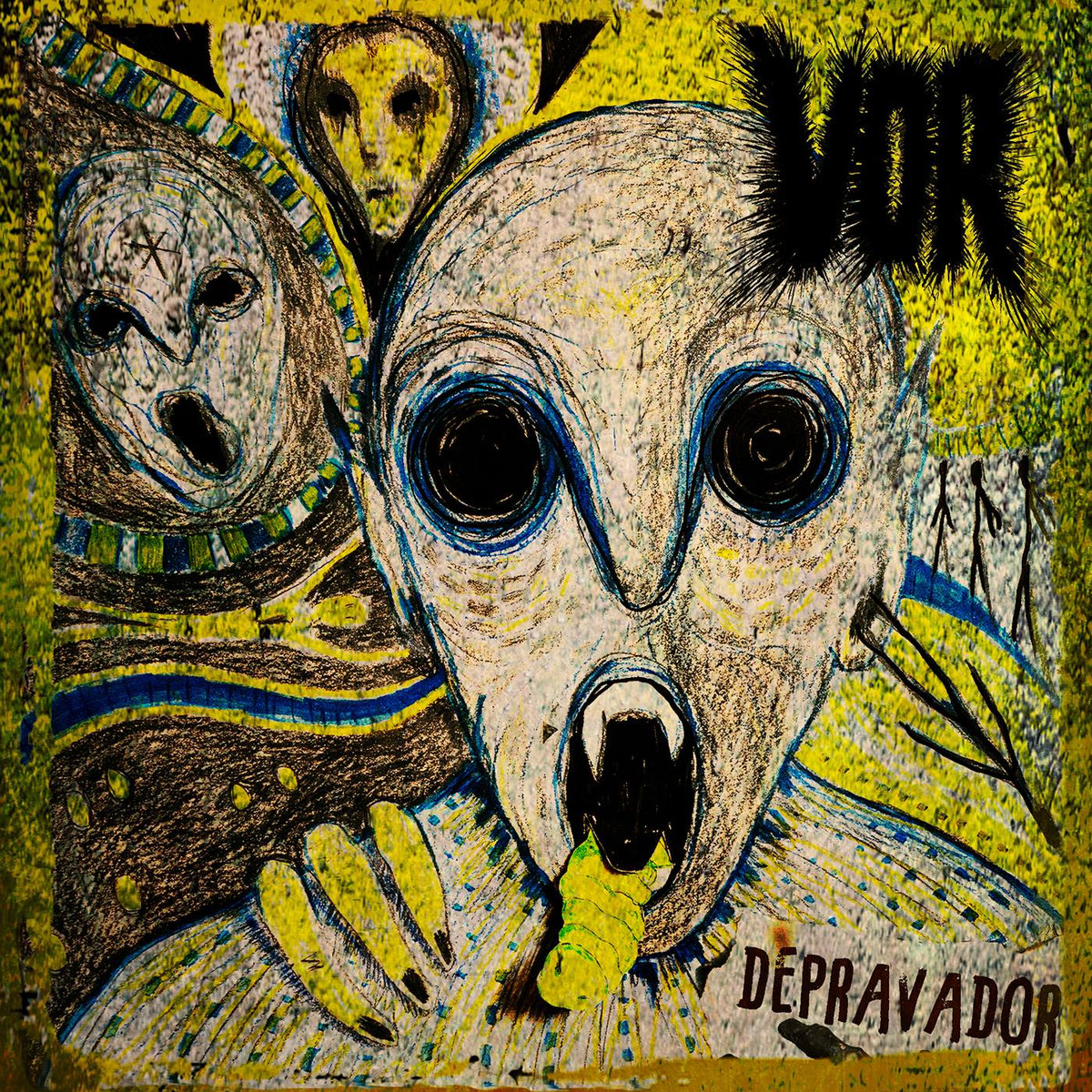 With the release of their latest offering Deprevador, the Spanish (based in Madrid) noise-mongers VOR bring to the table one of the most corrosive releases of the year. The album contains only 7 tracks, but those are pretty lengthy, heavy and harsh as rarely heard before. The band consists of only two members, but just bass, drums and vocals that they are handling is enough to tear your face away!

Riffs are mainly groove-ridden (even danceable!) with the spirit of sludge rining heavy on this record. It all helps adding this dark and desolate, yet noisy, raw and with a punk vibe to their sound. In that sense VOR are creating a new and groundbreaking music while still following in the footsteps of other slow-paced dark bands. At once it feels like we have heard it all before, but at other times it feels like entirely their own and unique approach.

Vocals are equally hot, sharp and passionately delivered. The same can be said for both bass and drums where esp drum-work is fast and fierce. Only two instruments are enough to cause a sonic destruction!

It is muddy, abrasive, ugly and dangerous to listen to this cold release, but there’s also a certain beauty that is addictive and probably appeals even to the most depressive metal souls.

VOR and their second opus Deprevador were definitely an interesting and fascinating listen that I would recommend to fans of Black Cobra, Melvins, Today Is The Day, Eyehategod and such sludge and fuzzy doom noise-makers! Get ready for total obliteration!