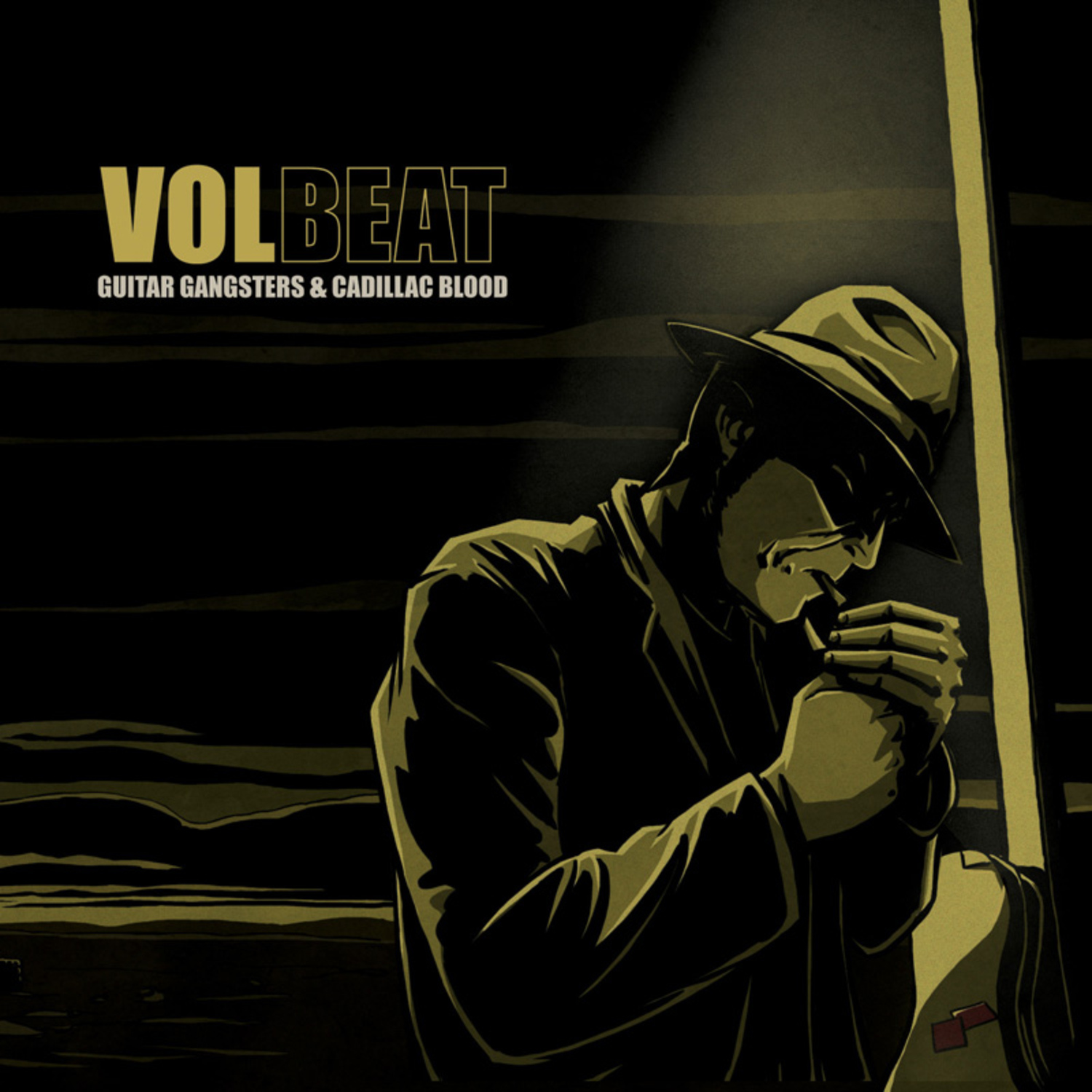 Volbeat have put the Danish metal scene on fire with their eminent bland of metal and rock ‘n’ roll on their 2005 debut album The Strength / The Sound / The Songs. Already a year and half later they were ready with the difficult second album that saw the band take a small drop in overall quality of the material and a huge step up in terms of sales. They had become media darlings and they were on everybody’s lips. More than a hundred and fifty concerts and only a year and a half later the band is ready with their third album entitled Guitar Gangsters & Cadillac Blood, a first album to feature new guitar player Thomas Bredahl who joined the band right after the release of their second album.

Just like its two predecessors the album is produced by Jacob Hansen and that means that the album bears all of the Hansen’s trademarks such as thigh, clear and very powerful sound. Unfortunately this also means that the album sounds basically just like the previous two albums, but be it that Volbeat have created their own recognizable sound this is not as big of a setback as one would think. However this metallic sound often doesn’t fit the music, which has become much more rock oriented and melodic.

After a short intro the band kicks in with the title track, which seems somewhat dull, but after a few spins it actually sticks better to the listener and the chorus becomes more effective than first assumed. Before you know it the punk-rock attack in a best The Misfits style hits the listener in form of ultra short, very powerful and melodic “Back to Prom”. By the time that beautiful “Mary Ann’s Place”, which features The Storms Pernille Rosendahl is finished it is clear that Volbeat’s success is not accidental, but at the same time none of the first three songs truly sinks its teeth into the listener.
The two following songs “Hallelujah Goat” and “Maybellene i Hofteholder” feel almost as a note to note rip-off of the “River Queen” and “The Garden’s Tale” from their previous album and what follows in the rest of the album way too often feels like a carbon copy of what the band did on the previous album, but only with even bigger focus on the melody. This means that the bobbling metallic energy and neck-braking groove known from the first album is even less present than on their previous album.
The melodies are good, but often too alike and combined with the music that is based on the melodies and not so much on the riffs and groove this results in a number of songs that are alike to such a degree that it is difficult to tell them apart.