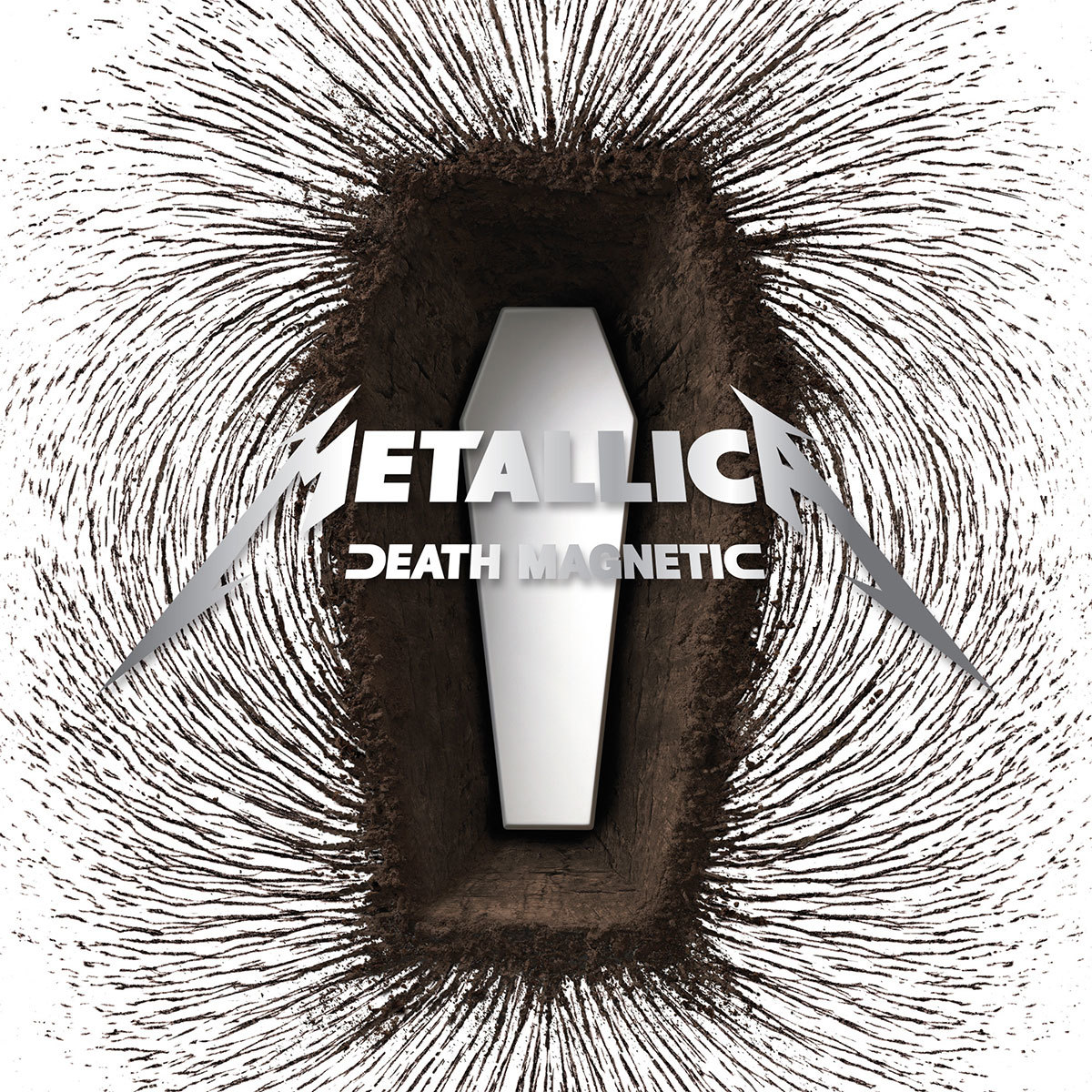 There were the 80s and there were the 90s, both decades that were marked forever by one single band, making not only thrash metal, but rock history in general. In the 80s when I begun listening to (thrash) metal it was all about the riffs speeding up and drum kits getting bigger. It all suddenly changed with the arrival of the grunge and the release of one of the strongest albums the world have ever witnessed, a so called Black album by mighty Metallica. The band hereafter begun to slow things down a bit, shortening their songs and smelting their chugging guitars. It all culminated with the release of their 2003 album St. Anger. This is the album that maybe got most criticism from the metal journalists as myself. But the question is now; does Death Magnetic marks a new beginning for these metal giants, kind of a sudden act of aggression from a sleeping giant or maybe a continuation of St. Anger?

The answer to the question above depends on whom you are asking. For me, let there be no mistake: after listening to the entire album for a couple of times now I must say that I see neither big difference nor any huge progress between the late two. It doesn’t mean that all the things that went wrong on St. Anger are repeated here, actually the quite opposite is the case, at least when we think of Lars’ drums and addition of Kirk’s solos which were absent on the last album. So far, so good.
Meanwhile many strange things happens while listening to this album, esp. in these 7-9 minutes long songs as “Judas Kiss”, “The End of the Line” and “Cyanide”. Among other things there’re those massive riffs, almost an orgies of riffs like on the St. Anger. But to times there’s also this unique and youth energy like on the …And Justice for All.

In the following you deserve to get my first impression track by track:

“That was Just Jour Life” kicks off with this chilling heart-beat sound followed by some massive heavy tunes, distorted guitars which reminds me of “Battery”. Throughout the whole song Lars Ulrich pumps same old school thrash rhythm while James Hetfield growls in a high-picthed manner which hasn’t been heard since the above mentioned masterpiece â€¦and Justice for All. Kirk is also back with fantastic solo. It all ends with this classic Metallica harmonic guitar parts that are a trademark of Metallica’s sound.

“The End of the Line” is one very long song that goes over to 2×4-riff followed by another riff that sounds much like “Shoot Me Again”. In the middle of the song I got a little surprise by some bizarre and strange rhythm change while the whole atmosphere is building up to the final explosion at the end of the song.

“Broken, Beat & Scared” has this very heavy intro with numerous breaks and nu-metal riff. James keeps on repeating “We Die Hard” before another riff assault that really comes unexpected somewhere in the middle of the song.

“The Day That Never Comes”‘s intro is scary and very nightmare-like atmosphere takes over you immediately. But the song soon changes over to the Slayer-like violent-thrash with tremendous groove and after that a marathon long guitar solo from Mr. Hammet. One disorientated and raging riff takes over and ends this great song.

“Cyanide” is a song that band already played for the American audience on the last summer’s Ozzfest, so I have heard it before, and you can hear it on the band’s MySpace too. To be honest I don’t see the reason why the members of the band praise this song so much as they’ve just done with an hour long interview on Danish P3 radio. I can only say that “Cyanide” sounds much better on the record than it does live, but it is about everything positive I can say about this quite average song.

“All Nightmare Long” is very strong and catchy song, delivered with much ‘straight-up-your-face attitude. It contains scary and grafical lyrical contest with traditional and recognizable Metallica riffage and hellish drumming.

“The Unforgiven III” is a song which is a continuum of “The Unforgiven I + II” as die-hard fans of this band would know. Again I must say that I find this song unnecessary and misplaced and for me it looks like the lack of original ideas as the reason why they’ve chosen to put this song on the record. But with piano and cello the intro sounds good, but not if you’re die-hard thrash maniac. It is a song that leaves you with empty feeling. Esp. the main riff is a turn off for me, as it reminds me too much of Load stuff and you may know by now – I hate Load.

“The Judas Kiss” is a very diverse song. I mean the first half is somehow boring but only until the hell breaks out with fantastic and strong vocal performance by Mr Metal ala James Hetfield.

“Suicide & Redemption” is next to the last song, and what a long song man, I mean it reminds me of “Orion” with this very long instrumental part. Lars’ drums and Rob’s massive bass sound opens it all, while a more groovy and heavy riff takes over towards the second part of the song. Good but not innovative in any way.

Last and closing track is also one of the very best songs on this record; it is called “My Apocalypse”. It also happened to be the shortest song on the album with only 5 minutes of running time. I guess it is the closet you’ll ever hear Metallica sound like Slayer. Freaking brutal ending of the very brutal album. There’s no doubt that “My Apocalypse” just like the rest of the album kick ass, but I think that a few more spins in my stereo would help on the final impression and higher score.

Final conclusion is this; Metallica is back, Metallica is alive and Metallica is better than it has been in the last 17 years. Having said that I also must add that my very high expectations for Death Magnetic have not been met and now I sit here with somehow mixed feelings. At least I can look forward to their spring show here in Aalborg as I’ve witnessed myself back in 2003 at Roskilde Festival that they are still able to deliver one hell of a show.