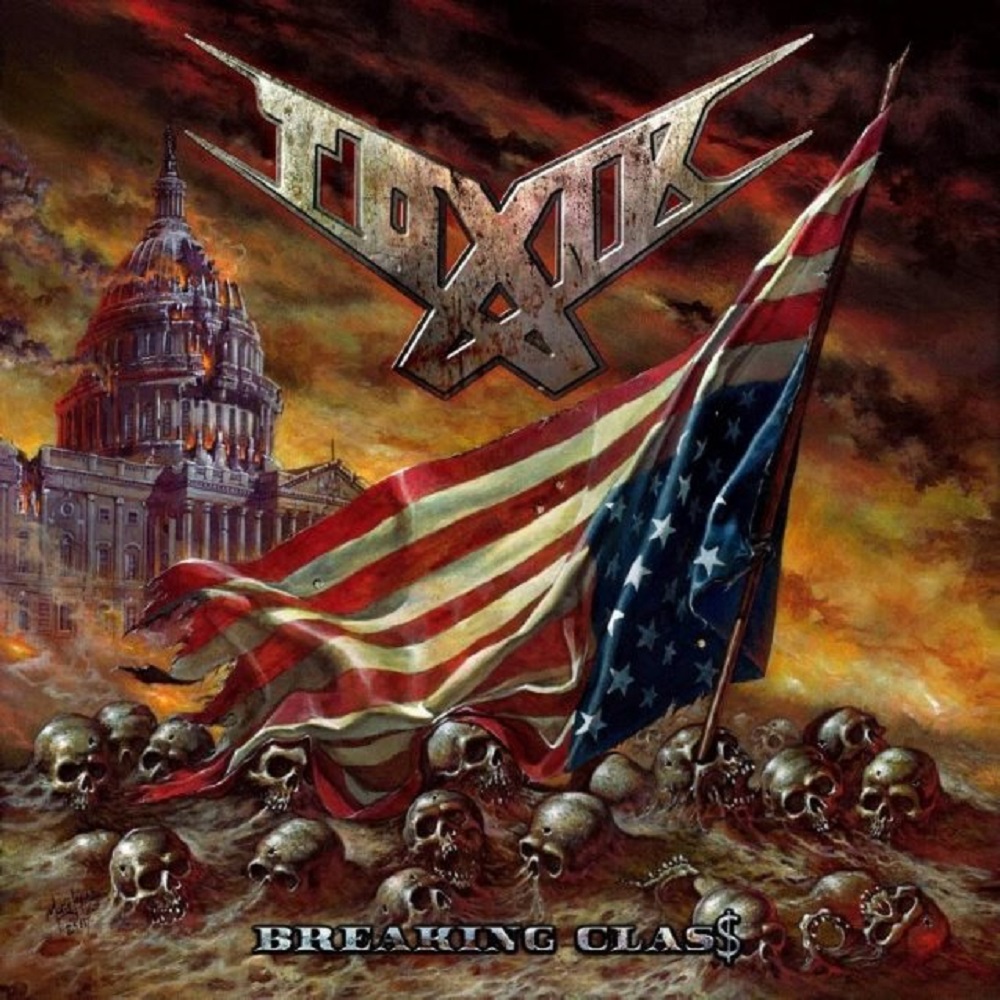 Toxik represents, to me at least, a trend that has been going on for quite a few years now. More and more of the old-school Thrash Metal bands, many of which have been inactive for years, are beginning to reemerge into the world – And they are packing a punch. Whether the decision of many bands to reassemble have caused the popularity of the genre to skyrocket once more or if the increased interest in Thrash Metal as a whole is what has inspired them is unclear, but that does not change the fact that it is a welcome surge of music that has so far arisen. The latest musical project to rejoin the land of the living is the American quartet Toxik; A band that originated back in 1985, went on hiatus, reemerged only to pause their efforts and now, once more, shows up to brighten the world around them. Their newest creation is a self-released EP, carrying the title Breaking Class and contains three tracks, one of which the record takes its name from. Overall, this incarnation of Toxik seems very reminiscent of the newer music from their kinsmen, Anthrax; By this I mean that in both cases you can clearly hear the strong, aggressive and somewhat roughened Thrashy 80’s sound in their music, but at the same time… Somehow cleaner (which is most likely a mixture of better recording equipment and an overall change in what Thrash Metal should sound like in this modern day and age). The cleanliness aside, Breaking Class is everything that I would expect from a band from their genre and era – Provocative, aggressive and political. They make a point of pointing out what is wrong with the world, and express their emotions regarding it in an firm and powerful manner. Sure, it is, sadly, not a full-length release (apparently full records are something Toxik does not seem all too happy about releasing), but the three tracks serves as a fine testament to the legacy of Trash Metal, and indeed, Toxik itself as a band. They have been around for three decades now, and they are still going strong. And as proof, the first single from this EP, “Stand Up”, can be found below.