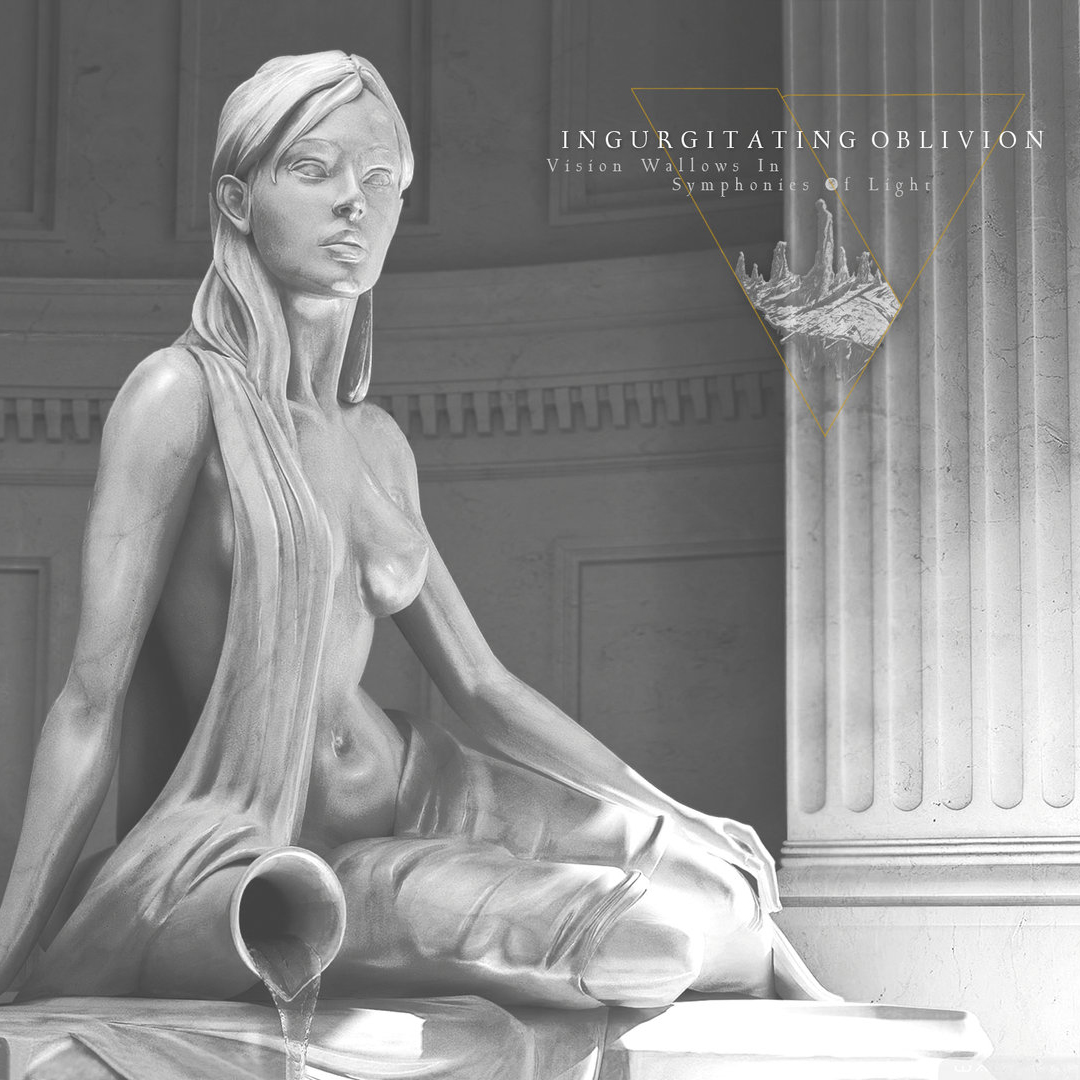 Four tracks, fifty-two minutes. That was the first thing I noticed about Vision Wallows in Symphonies of Light – And one of the primary reasons why I was drawn to it. I have long had a penchant for the long, powerful and overly immersive tracks, more or less regardless of subgenre, and a basic rule seems to be that the longer the tracks (which also translates into fewer tracks per record) the more this appears to be the case. And since Ingurgitating Oblivion have been around for sixteen years at the moment of writing, one can easily surmise that the band has a lot of experience behind them to back up their release of this, their third full-length album, and eight release overall. Now musically, the three Germans focus their energy into creating a somewhat progressive and melodious, yet stern and strict style of Death Metal, one that seems strangely in tune with the modern millenium. Tracks such as ”A Mote Constitutes What To Me Is Not All” even becomes borderline psychedelic at times, something that goes well together with the bands lyrical themes that often revolve aroundsuch abstracts as poetry, philosophy and even emotions. In this particular example, this is done across an impressive twenty-three minutes (something I have rarely seen within this genre) which, while not allowing to immerse oneself deeply into a musical realm like the ones often found on concept albums, it is still a treat for the eardums. All in all, Ingurgitating Oblivion delivers a powerful performance, one focusing as mentioned previously, upon the technical aspects of the performance (on all the instruments, not just the guitar) which is then coupled with a smaller focus on the lyrics, performed in a traditional low-pitched growl. And the beauty of an album such as this as opposed to an actualy concept album is the fact that you are not obliged to listen to the entire album in a chronological order, since it does not chain together into a interweaving story. That being said, I would still recommend doing just that, since all ´four entries on this album are good songs in their own right – As well as because the record label has been kind enough to throw the entire record up on the internet for our listening pleasure. It can be found below, and I would once more recommend any and all Progressive Death Metal fans to give it a spin.