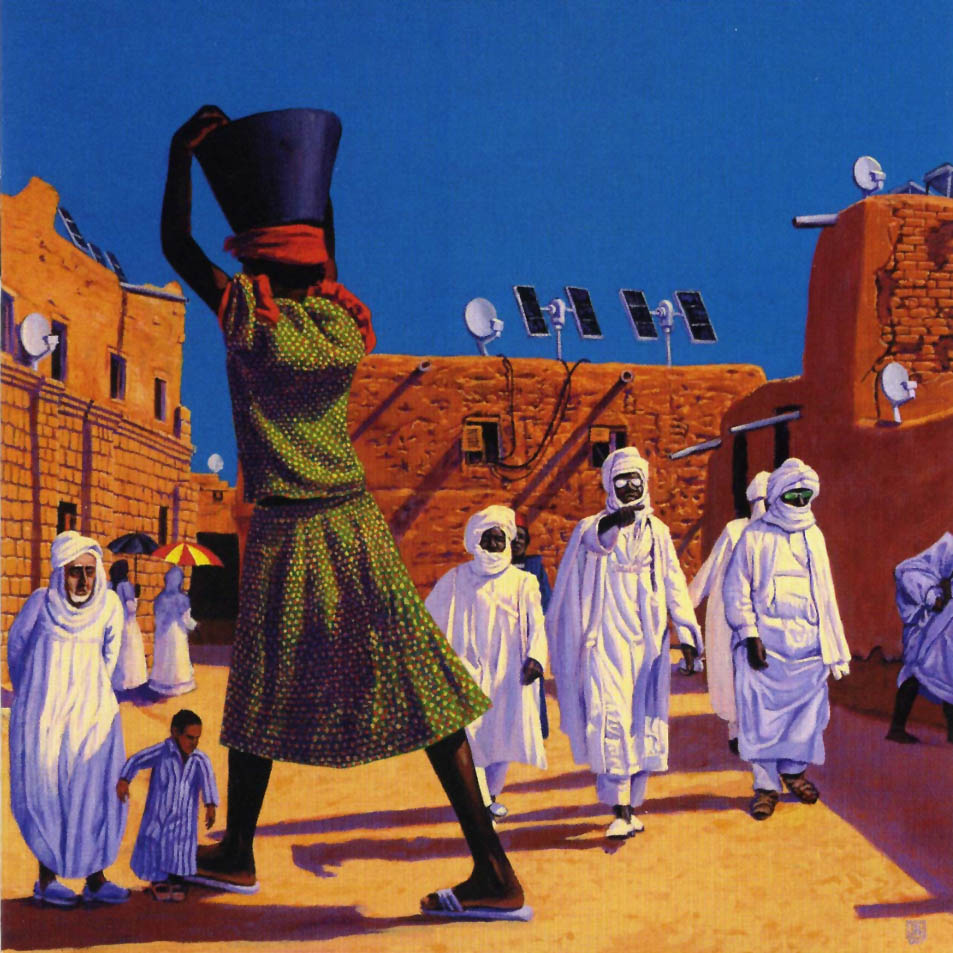 In case that The Bedlam in Goliath is your first encounter with this band, you will most likely be overwhelmed by the sonic assault that hits you right from the start, and if you survive this, it will probably take you a few more listenings to get into the album and realize what is going on and to get the big picture. For those of us who have been following the band for years now, these aspects might not be as difficult to swallow, but compared to their previous releases, this is for sure their loudest and fastest record, and that combined with the fact that all of The Mars Volta albums challenge the listener and crave time, means that it is quite a task to digest.

From the very start the listener is attacked by loud guitars, screaming vocals, all sorts of other sonic experimenting and last, but not least, those out of this space, neck breaking rhythms.
One of the things that many were skeptic about is the employment of only twenty-four year old drummer Thomas Pridgen to fill in the enormous gap left after the departure of the drumming genius Jon Philip Theodore. The new “kid” does an outstanding job, however he doesn’t reach the level of creativity of Theodore.

The Bedlam in Goliath sees the band back in shape, and unlike its processor, the album is packed with good songwriting; particularly the melodies are on a much higher level.
The fact that the band has almost dropped the quieter sequences known from some of the previous albums doesn’t result in less bizarre material, and with a 76 minute long album, that is filled with almost constant upbeat music, one starts to miss those psychedelic breaks.
The Mars Volta has never been the band who thought that “less is more”, but on the new album their “more is more” approach seems to have mutated to “much more is much more”. Arrangements are so busy and they take some getting used to, but once you get used to them, the great sonic picture is revealed.

Bixler-Zavala’s vocals are as high and squeaky as ever and the vocals are processed through more effects than you thought possible. After listening to this band for years one gets used to the odd sound of Zavala’s vocals, but still sometimes he goes too far in making them sound helium-like and they become somewhat irritating.
The Latin feel, which is present on their previous releases, is now joined by Middle Eastern, and while using these aspects has become such a mainstream cliché, The Mars Volta do it their own way and make it fresh, interesting and original; just listen to a jaw-dropping “Soothsayer”.

Many bizarre stories are connected with creating this album; anything from a market salesman in Jerusalem and mystical Ouija to a series of bad luck episodes with recorded material and the producer quitting due to a mystical nervous breakdown (as if working with TMV is not reason enough for having a nervous breakdown). No matter how true these stories are, they fit a band like this, and when it comes to them, nothing is too weird.

It is a pleasure to see that their previous album wasn’t the beginning of the end, and that this band still has a lot to offer and what they offer is something no other band can. They remain original and while this album is not as brilliant as Francis The Mute, it’s still an outstanding piece of music.